Yesterday was Mr Sethys birthday! Naturally, that meant I had to go to the Australian Geographic shop and get him his present. I thought that seeing as I was trekking all the way into town, I may as well check out the bird situation at the beach. I’m always sulking because the birds/wildlife are doing interesting things on the days I’m there with someone else. I can only increase my chances of getting good stuff if I go there more frequently.

Naturally, I got distracted by other things. 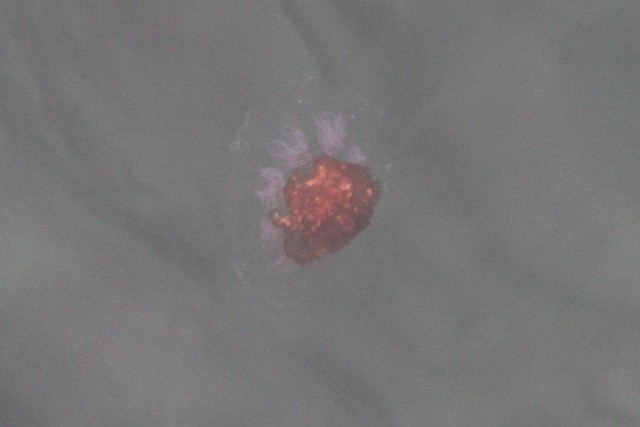 I have no idea what the above critter is. I’m assuming jellyfish of some description. I’ve emailed Melbourne Museum about it. I’ve been too nervous to email them about some of my discoveries. Now, I realize that yes, it may be an annoyance to those who answer emails of stuff that is otherwise easy to identify. But, it will be worth it. I figure that ultimately, it will be in the best interests for science if I have accurate identifications of stuff. So many animals and rarities out there go unnoticed because the observer doesn’t understand that what they are seeing is amazing. Some of the photos I get will be useful to science one day. Probably not know. It’s a matter of odds. Eventually I’ll capture something that shows something – a behaviour, plumage variation or so on. Hence why I’m now going to question everything. The digital era will help science so much, especially in the future.

*Edit* I may have written this post over two days hence the OMG! I just got an email back from the museum saying they suspect it is a lions mane jellyfish. I never would have suspected that! I’m going to wait until October, when the expert is back, to confirm but wow. That is so interesting. I did see a picture of a lions mane and dismissed it, because it looked nothing like it. But of course it doesn’t look like it! It would be a young. I’m guessing because it has eight tentacle thingies. Damn, I love science.

I recommend you read 15 Facts About The Lion’s Mane Jellyfish if you want to learn more. It is a really fascinating creature. 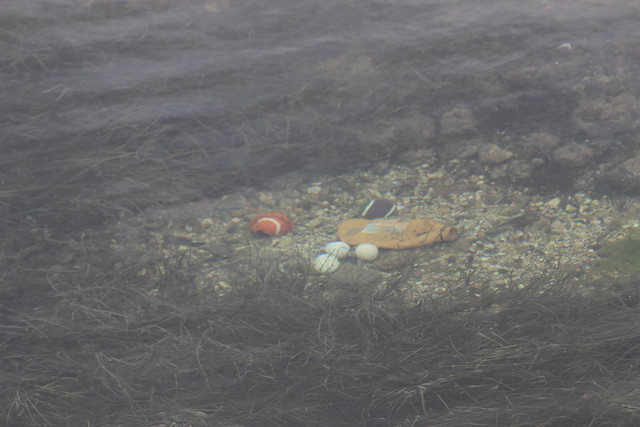 I thought it amusing that all of these balls had washed up in the one clear spot. It made me think cheeky thoughts. 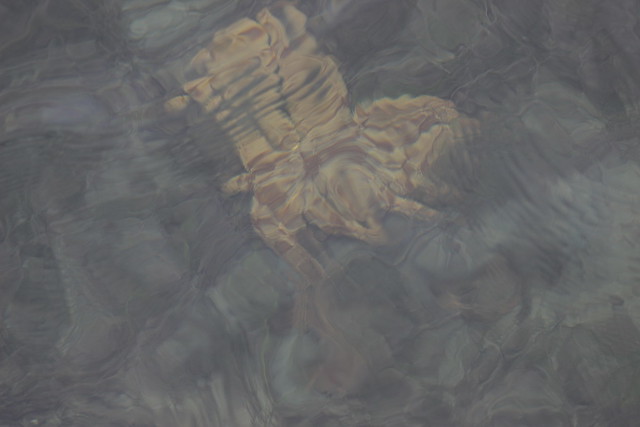 This is the same species of sea star I had seen on a previous trip with Sethy. I don’t know if it’s worth noting them, or whether they are a pest. I don’t know anything.

I was so incredibly lucky to see the gannets close to shore again. It was brilliant. I’ve been doing reading about gannets and they say that they normally prefer it a lot deeper. So, why do I often see them in the waters of Corio Bay? These guys were flying really low over the esplanade. The waters are maybe 1.5-2m deep. Doesn’t that put them at risk of injury?

I also read that they often swallow the fish before they rise to the surface. This explains why it’s so hard to photograph them eating. I need to find a place where I can see a lot more of them and hope the odds are ever in my favour. 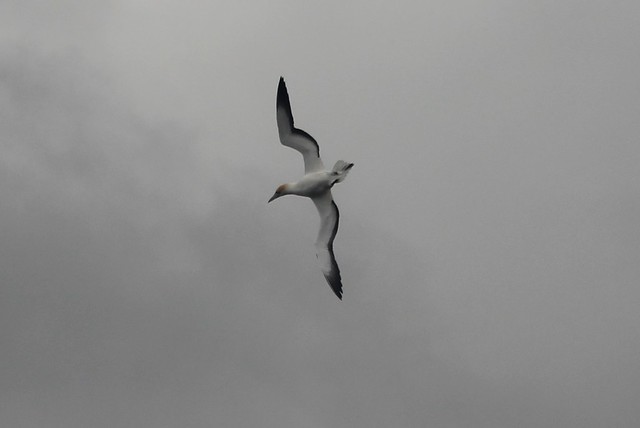 I took so many photos to capture their colouring and behaviour, so I could look at them closely and see what I could learn. I read that gannets can be distinguished by albatrosses because they flap slightly more. You can also tell the local gannet species apart because of the black and white tail feathers. If it was a cape, it would be all black.

Would we occasionally get a cape down here? I’ve never bothered to check. 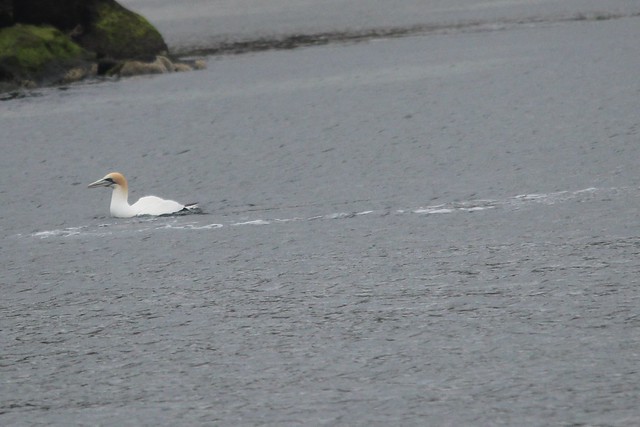 This was to show just how far the ripple spreads after they dive. 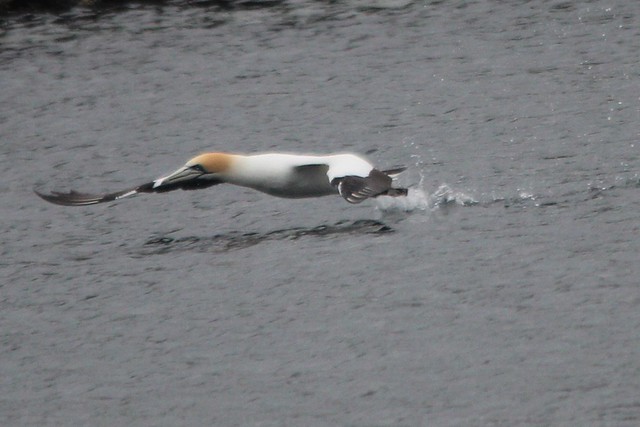 The clumsiness after they dive. 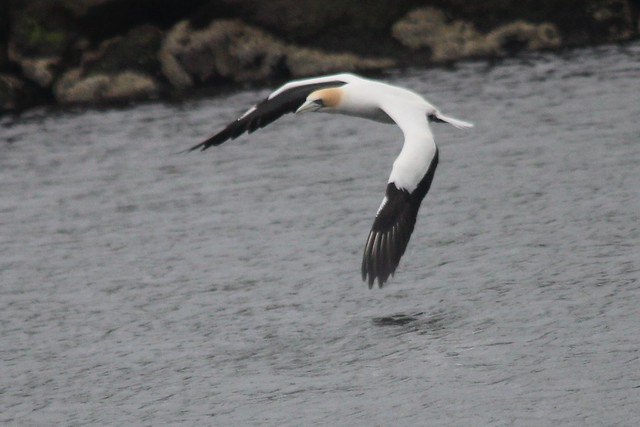 I noticed little white bits in the black parts of their wing. Does this indicate anything? 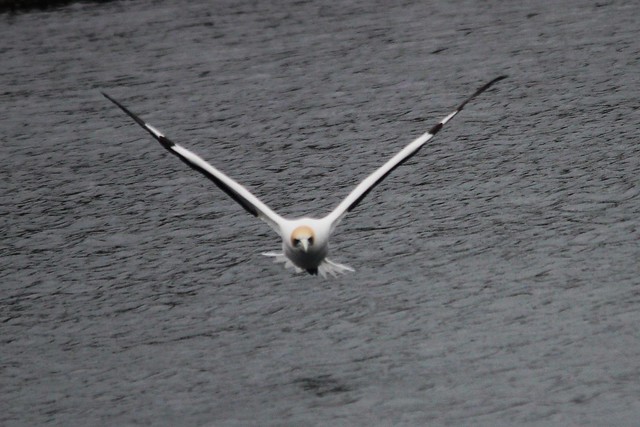 You can see this even clearer front on. 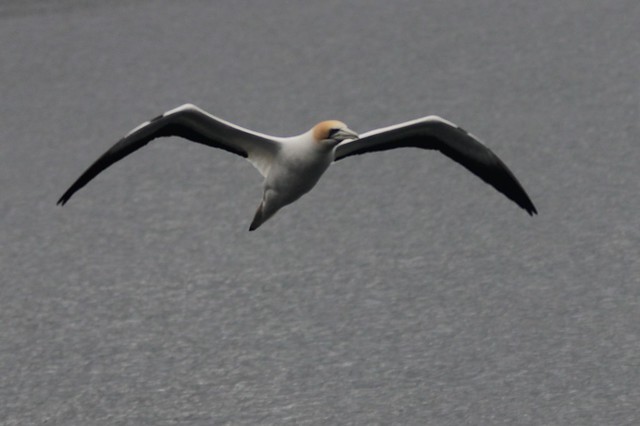 The first four features under their wings are white and kinda translucent. Any reason for this? 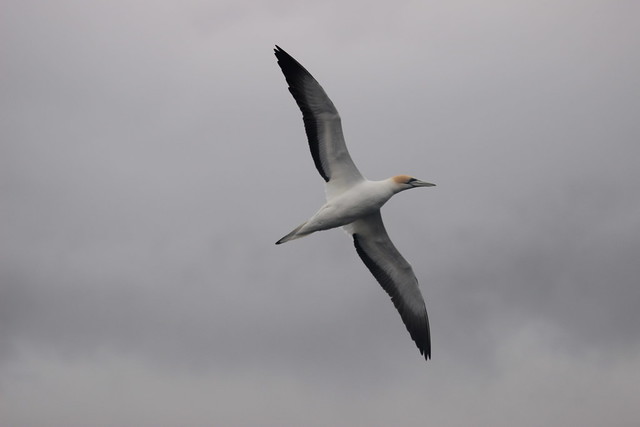 If you look here, it looks like the middle wings are kinda translucent too. Like there are several layers of feathers. There probably is, I’m just curious as whether it means anything. 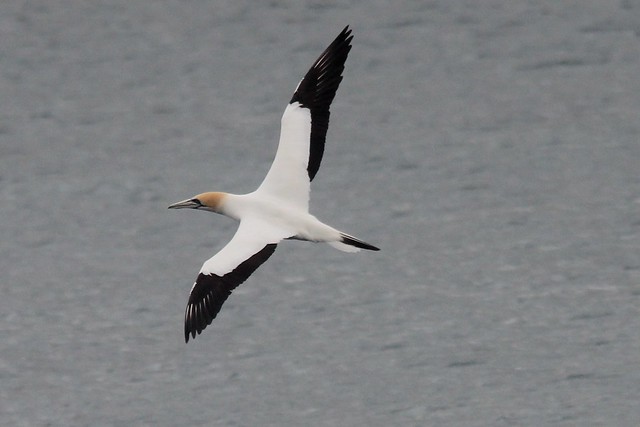 View from the top. Look at how bright those feathers are! 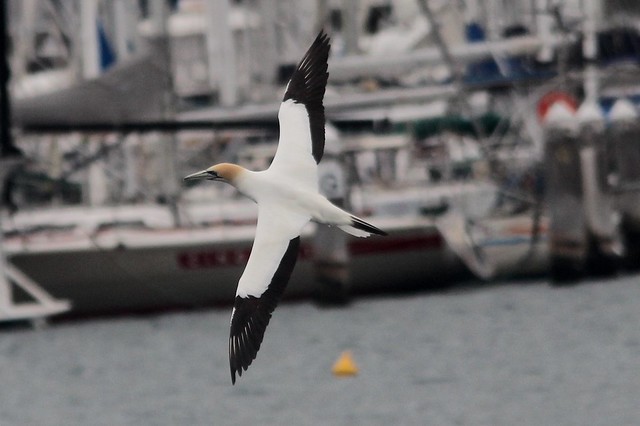 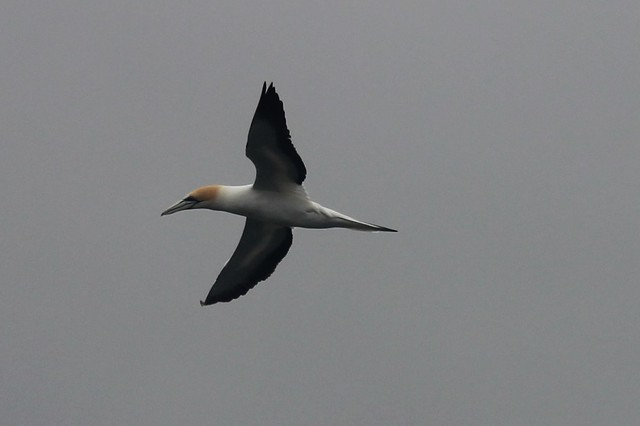 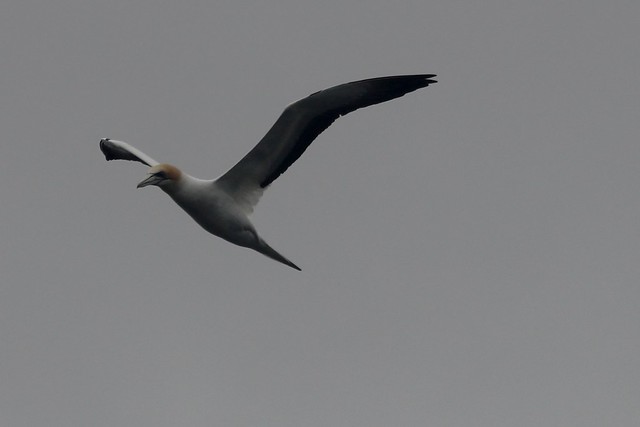 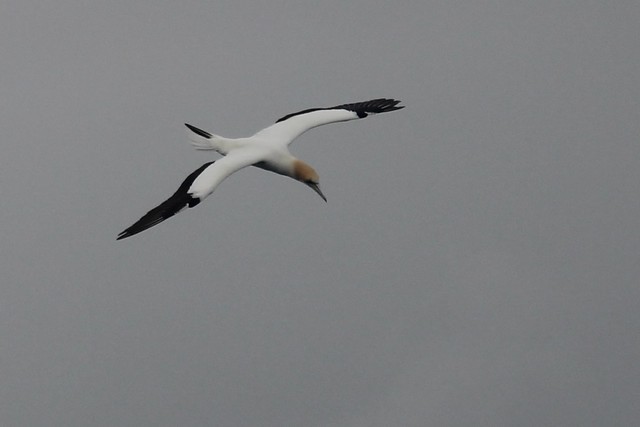 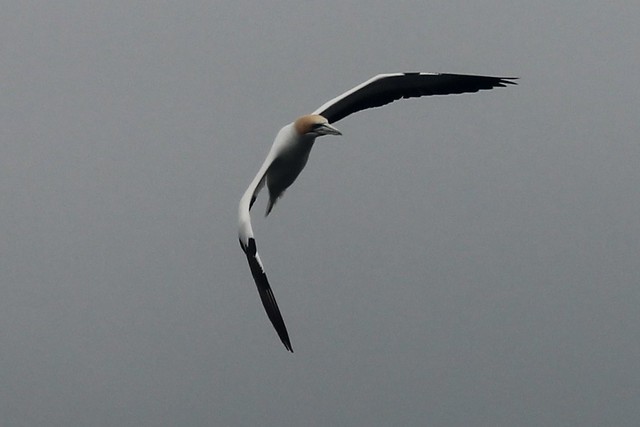 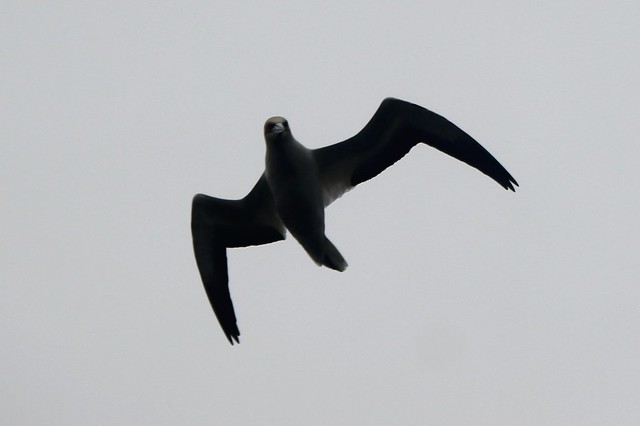 I am so proud at how the photos turned out. They are considerably clearer then what is normally achievable with that lens. I noticed that the weather seemed to be similar to what I was with Glenn. It was very close to rain and it seemed to be coming from the direction of the You Yangs. That is, pushing the yucky weather to shore.

This trip has raised way more questions then usual. I went to a presentation on terns last week and saw that there was so many subtle things that influence an ID. Gannets aren’t the same, but it has made me question various aspects about them.

Have no idea how to find out the answers to half these questions but hey, I’ll learn eventually. At least I now know what I need to task.