Earlier this week, I visited Wombolano Park as part of an excursion with the Field Naturalists Club of Victoria. I was pretty nervous about going. It was my first time meeting these people, in an area I’m unfamiliar with. I was also very aware of my limited knowledge with plants. It didn’t help that I’d only gotten 5 hours sleep after looking for owls the night before.

It was a brilliant trip, actually. There was an overwhelming amount of information share on the day but I took a lot of photos and then asked people from the club to help with identification. I’ve been able to learn a lot 🙂 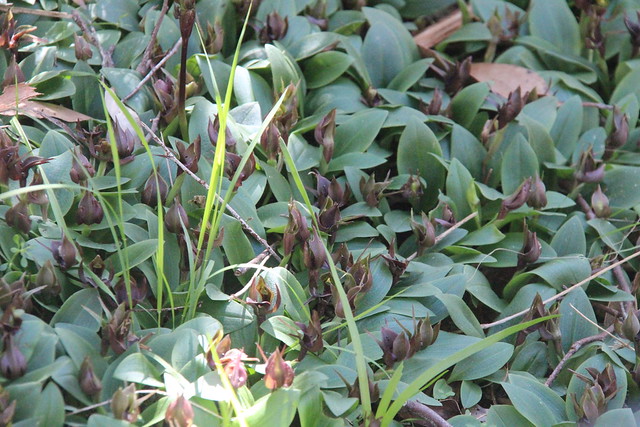 According to the sign near this colony, “these orchids were once quite common in Melbourne’s eastern suburbs, but are now less frquent due to loss of habitat.” Despite the loss of habitat, this website says “these terrestrial orchids are quite widespread.”

To 6 cm tall, with two broad leaves at the base of a hairless green-brown stem bearing a purple-green to red-brown flower, resembling the gaping beak of a young bird. Forms large colonies.

Regarding the orchid flower, the website says “A single deep red brown to purple green flower (occasionally two), to 40mm across. Dorsal sepal erect incurved and lateral sepals erect but recurved. Purple heart-shaped labellum with between 4 and 10 blunt deep red to black calli.” 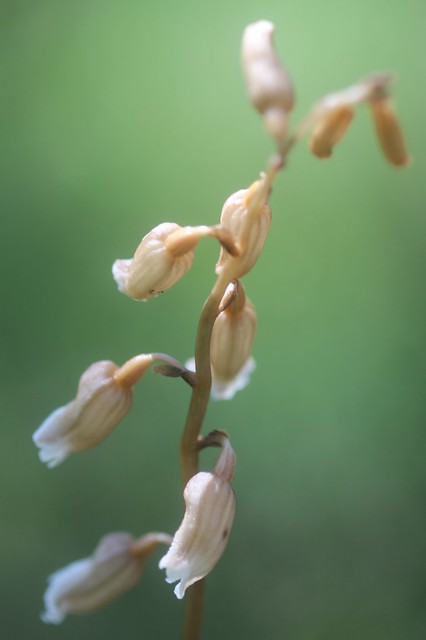 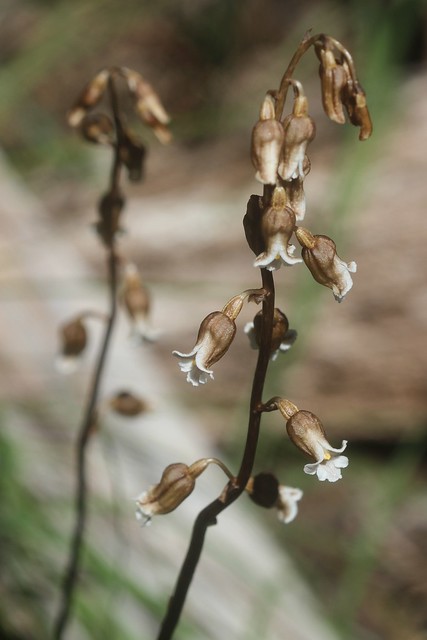 The Potato Orchid is a leafless saprophytic orchid. The flowers are bell shaped with the labellum or lip enclosed by the rest of the flower with the sepals and petals joined together forming a tube . The flowers are light brown or cinnamon coloured with cream coloured inside. the steam grow to about 75 cm tall and produce clusters of up to twenty flowers. Flowering is in late spring and early summer from about October to January varying according to range.

Still not overly interested in orchids, but hey. Any knowledge can be handy! 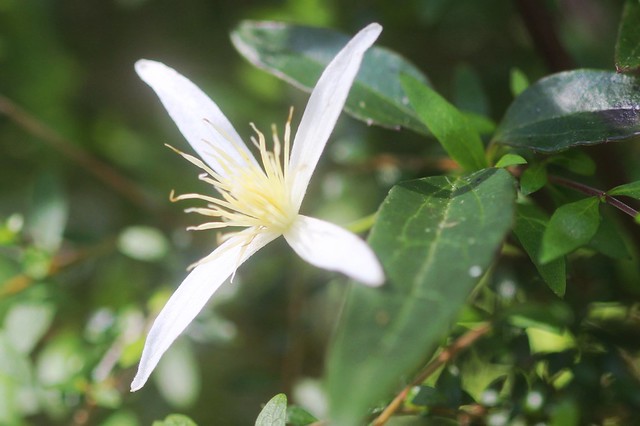 Clematis aristata is one of six species of clematis found growing naturally in Australia. It is evergreen, has starry white flowers and a habit of smothering shrubs that lie in its path.

OH YEAH! Another species of clematis. This was identified on the day but I couldn’t recall the name. I do wonder though, are there any introduced clematis species growing in the wild? 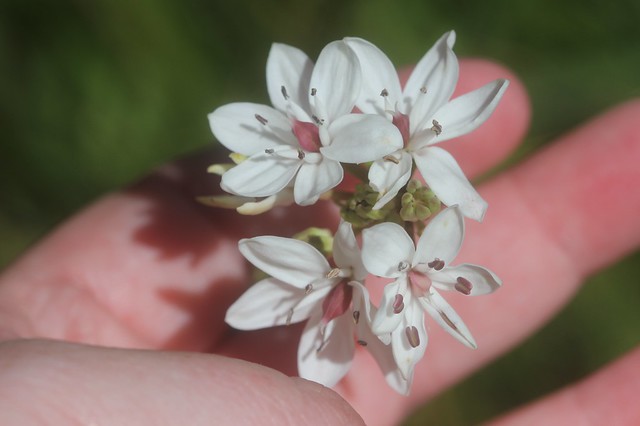 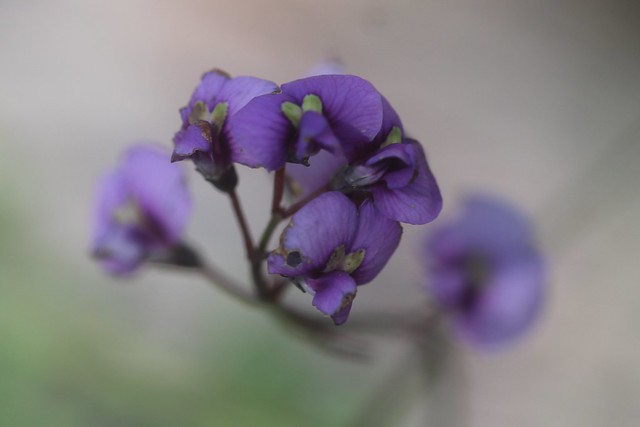 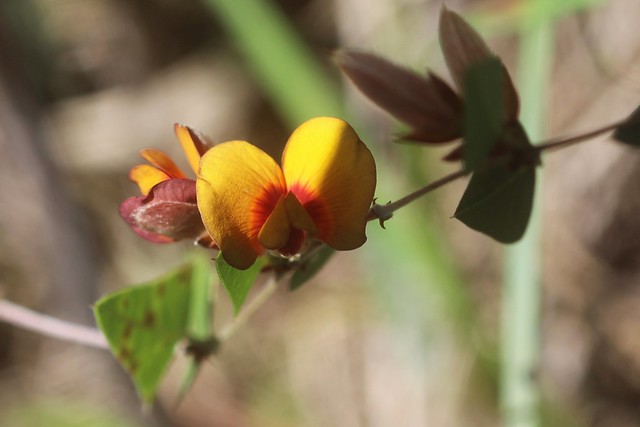 Platylobium is a small genus of 4 species all of which occur naturally only in eastern Australia (via ANPSA).

The species is an erect or straggling shrub with wiry stems which usually grows to a height of between 1 to 2 metres. However on the Co-op it has only been observed in a sprawling flat form close to the ground. The leaves are opposite with very short, almost unnoticeable petioles. The leaf surface has a pronounced reticulation of veins on the surface and is dark green above and lighter below. The leaf size ranges from 2 to 5 cm in length and 1 to 2.3 cm in width.

via Round The Bend 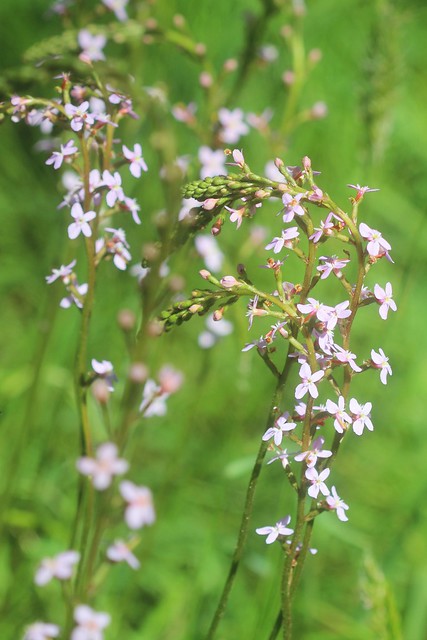 Was pretty stoked to see this as someone had tweeted about trigger plants in prior week. A new friend explained what a trigger plant was. Apparently there are about 300 in Australia? I’m doubtful I’ll be able to ID them just by looking at them… yet 🙂 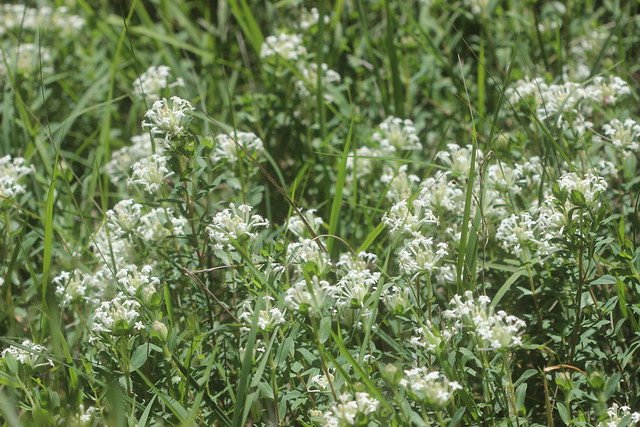 These plants definitely look different to the ones I’ve seen growing back at the property.

I’ve forgotten what the below plant is. I know I found an image that matched it somewhere, or perhaps I got confused. Either way, enough plant research for me today! 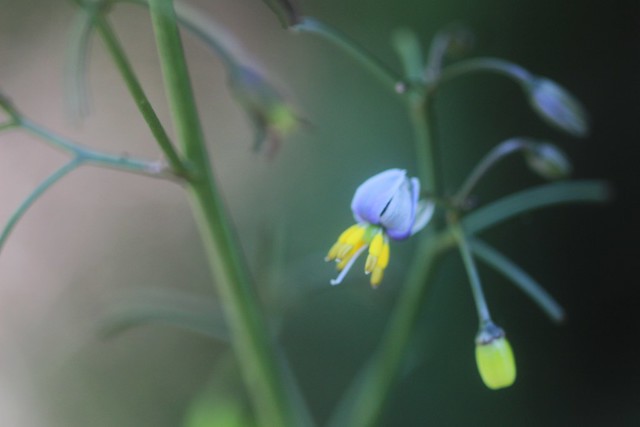 I don’t recall the name of the sundew. It was identified by botanical name. I think it was pale, but can’t be sure. It shows that I need to memorize the names of the features of the 12 drosera species.

It was beautiful and I’m so keen to find more species. 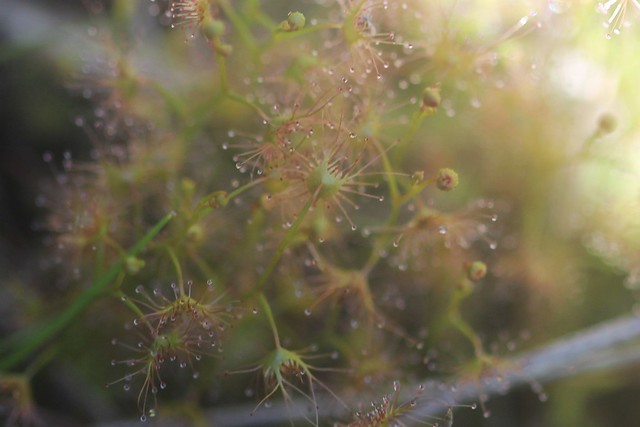 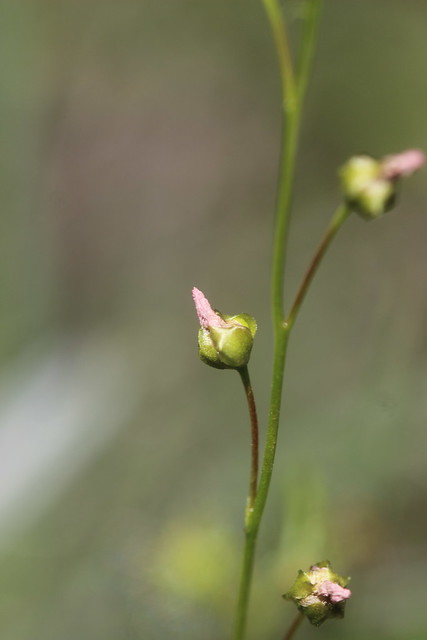 I’ve yet to identify these various species, mostly because the research for this post was already quite time consuming. I didn’t get to spend as much time looking at them and photographing them as I would have liked, but I didn’t mind. I can always return and I learned so much anyway! 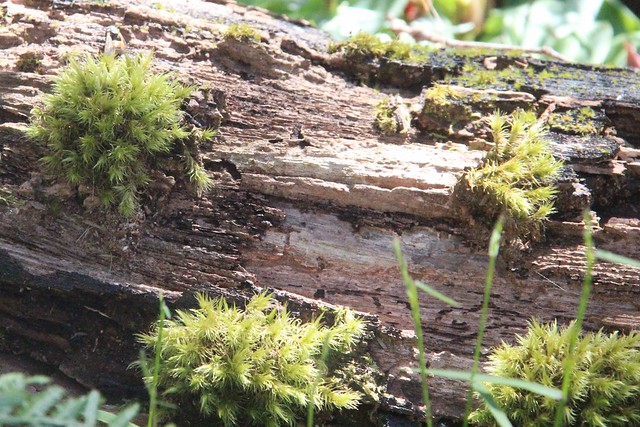 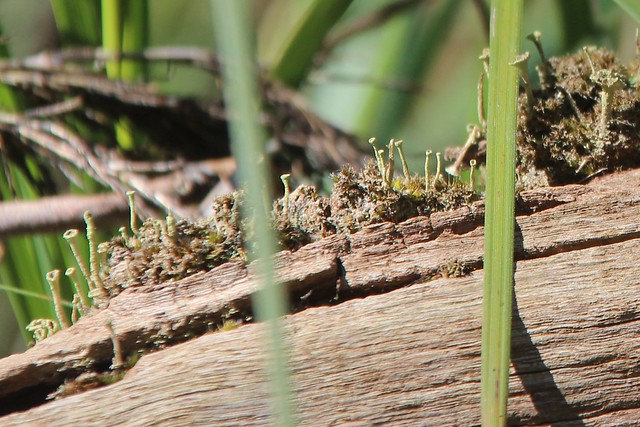 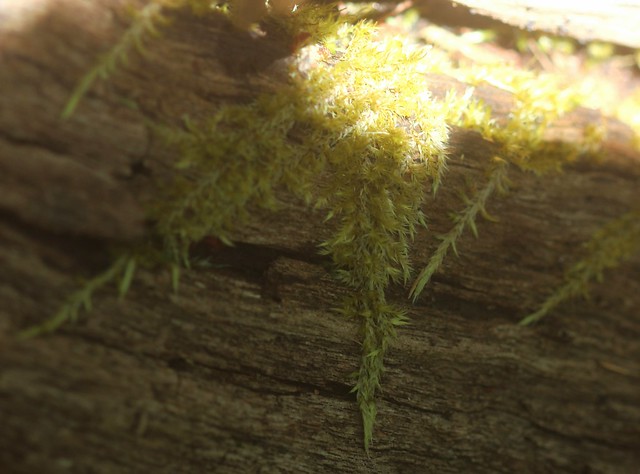 This park is fascinating. I could have easily spent a couple more hours there if I wasn’t exhausted. I nearly fell asleep before getting home as it was. I’m very keen to start exploring more of the eastern suburbs of Melbourne, and visiting other bush reserves, and seeing just what I can learn.