I was watching the darters recently when I heard a commotion. The female darter had landed to relieve the male of his nesting duties.

He was squawking and making loud noises which I’d never heard before. I was hoping that the babies would get fed at change over time but I haven’t been fortunate enough to recapture this behaviour.

According to this quote from Wikipedia,

When one partner comes to relieve the other at the nest, males and females use the same display the male employs during courtship; during changeovers, the birds may also “yawn” at each other

I love it when I accidentally learn stuff. The photos aren’t the best as there are branches in the way but it was awesome to see. 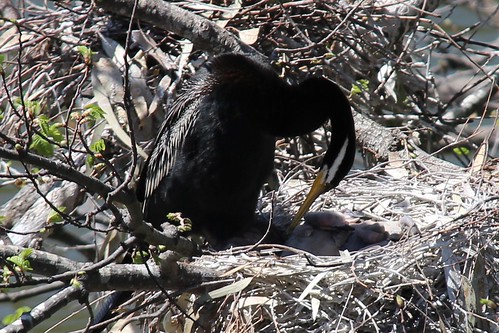 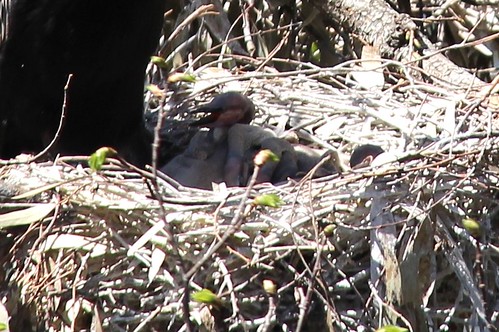 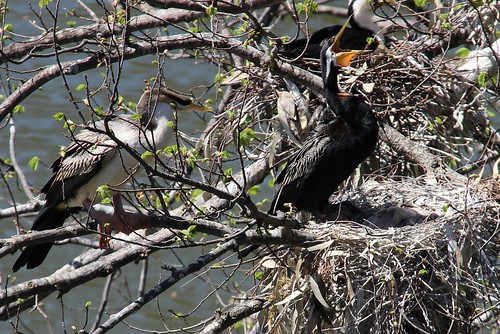 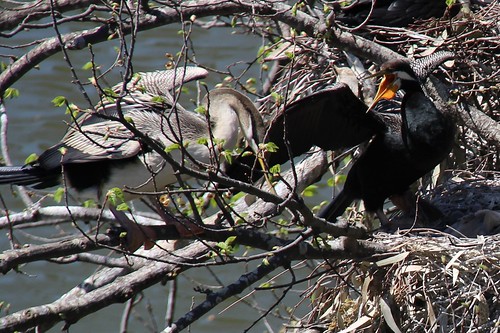 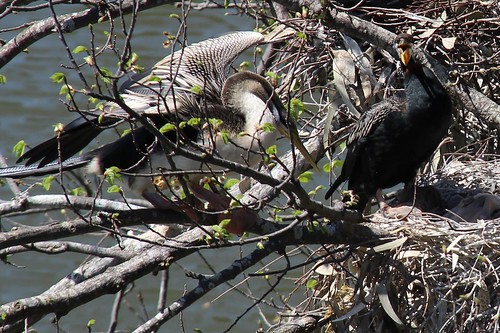 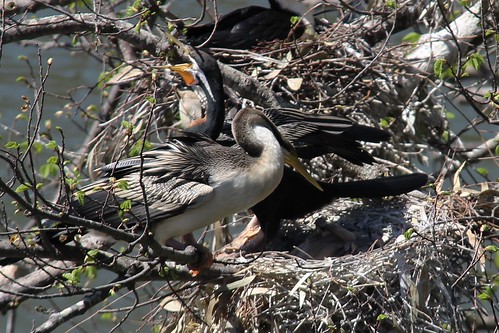 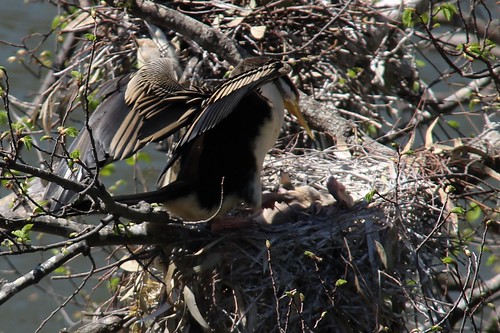 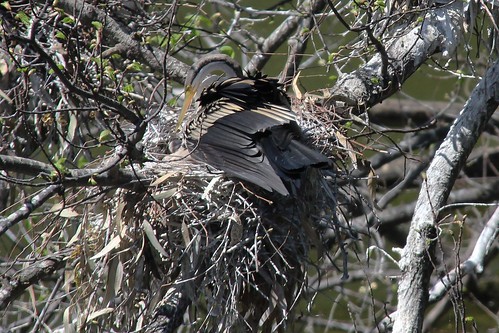 I think I also got a glimpse of a cormorants egg. Can’t wait to see them when they hatch! 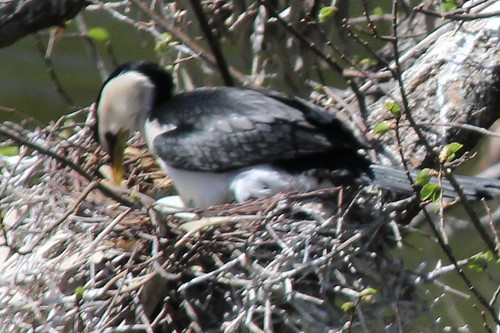