I was about 30 minutes out of Portland when I read the Facebook post. “I think we just saw it die.”

They were talking about a crabeater seal that had been swimming its way along the Victorian coastline. It had been reported at Pivot Beach, Portland, the day before I was due to head up to Portland to see the gannet colony. Normally, I wouldn’t seek out mammals, regardless of how rare they are. However, this seemed like an amazing learning opportunity.

See, crabeater seals are incredibly rare in Victoria. Tim Bawden said that in birding terms, this would be described as a “mega”. John Harris said “according to Peter Menkhorst’s “Mammals of Victoria” (1996) there had only been 13 records until then, and not many after.”

(Off topic, but John Harris is the birder that discovered the Red Necked Phalarope currently at the WTP. That man is awesome.)

There was nothing I could do. The bus couldn’t go any faster. There was no confirmation on the Facebook post about what had happened. I caught a taxi immediately after getting off the bus (bad idea. Go to the toilet first!) and rushed to Pivot Beach.

I was confronted by this. Nothing. Surely the carcass wouldn’t have been removed in the 40 minutes it took for me to get there, slip/fall down a hill and subsequently lose my phone.

It was there. The size of it was just far smaller then I had thought. I assumed there would have been more people there.

It was definitely dead. I’ve seen a lot of dead animals before but this was quite confronting. The poor guy was out of its range and had slowly starved to death while people watched on. A number of locals were quite upset about this at the gannet talk the next day.

I’ve added the main photos of the seal that I took. I’m not experienced enough to provide commentary but hopefully this may be useful to someone. I have more photos in a Flickr album. 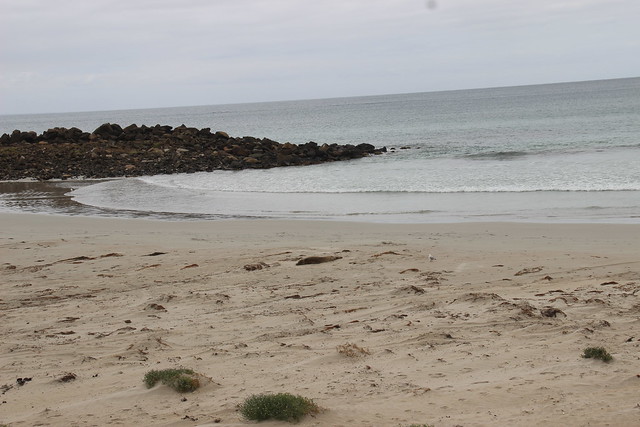 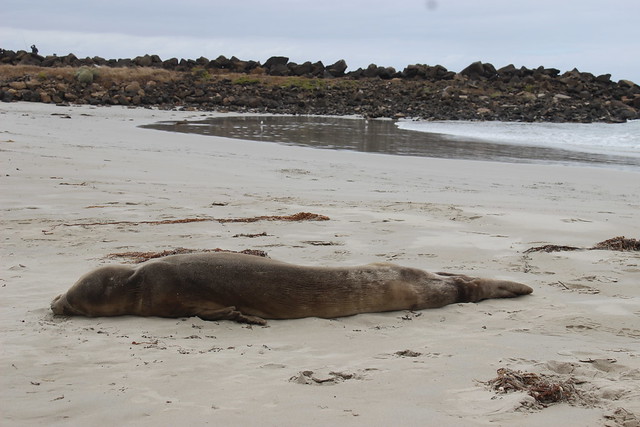 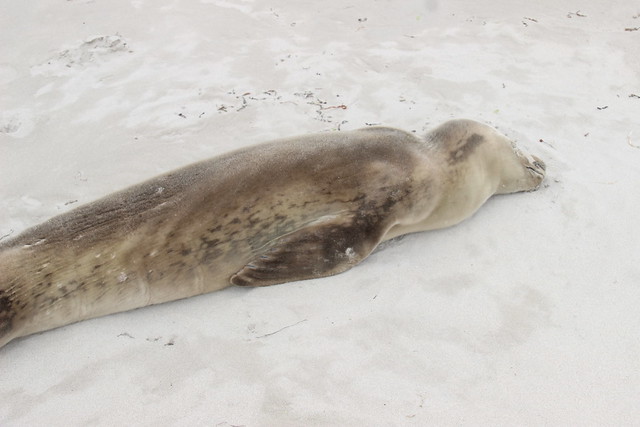 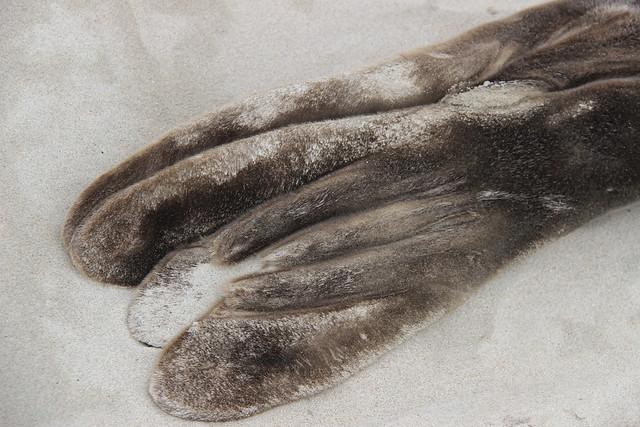 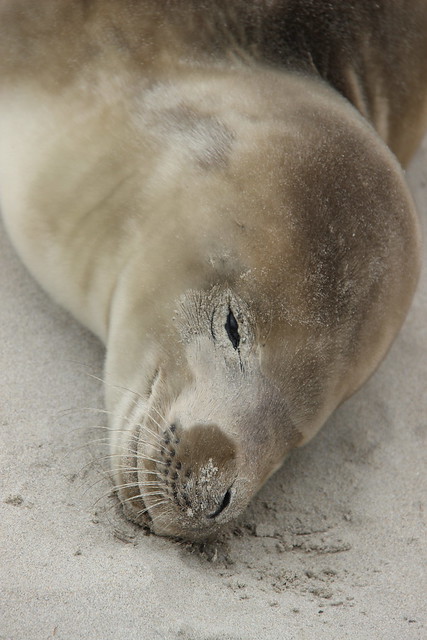 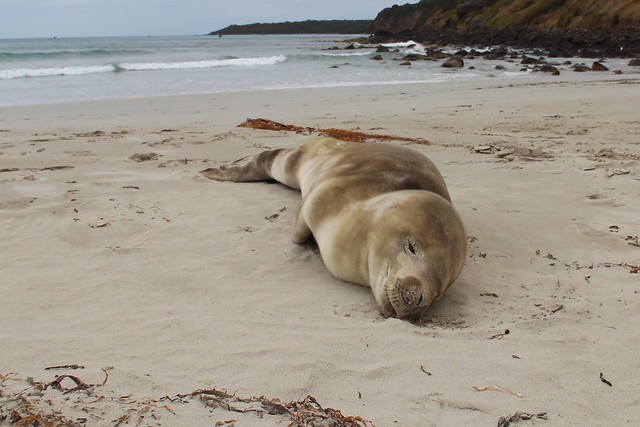 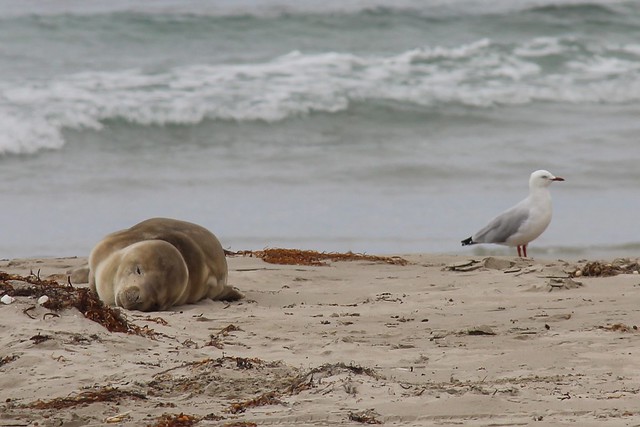 According to Rohan Clarke, on the Australian Mammal Watching Facebook group,

First photographed at Powlett River, Vic, then Flinders on Thursday or Friday, then Pt RoadKnight/Angelsea Saturday and Sunday then yesterday it was photographed at Kilarney Beach to the west of Warnambool. Outside chance two animals are involved but scrutiny of pics suggest just one

According to the Guardian, the young male was around 18 months of age.

According to a media release from Minister for Environment, Climate Change and Water

Similar in appearance to Crab-eater Seals are Leopard Seals. Leopards are larger, with a distinctive head profile and longer fore flippers. Both species are members of the Family Phocidae or ‘true’ seals, as distinct from the common seal species in southern Australian waters like the Australian Fur Seal which is a member of the Otaridae or ‘eared’ seals. The most obvious difference between the two families is the structure of the hind flippers which are not used in propulsion on land in the ‘true’ seals.

It was worth visiting the seal, as distressing as it was, as I wouldn’t have learned about it otherwise. I hope we don’t get more lost ones in the coming months.