In 2015, we visited the Marengo seal colony with Apollo Bay Fishing. We had a blast, but I only had my Nikon d40x at the time. Sethy and I really loved our previous visit and were really keen to return.

I was so glad we did! Perhaps it was the time of the year but the seals were so much active! There were multiple groups of them, around 10, swimming around and under the boat. It was such a blast. I had trouble getting photos because they were moving quickly, but the quality was a lot better with Glenns camera.

I focused more on the seals on the rocks themselves. In the top photo you can see a gull in the background. It’s possibly a kelp, as I’ve seen one there in the past, but I was so distracted by the seals. 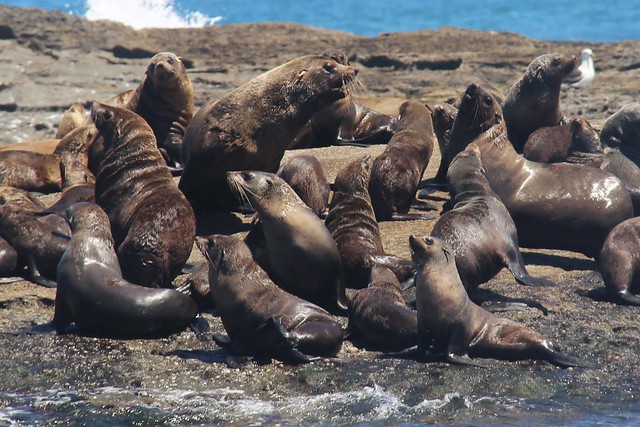 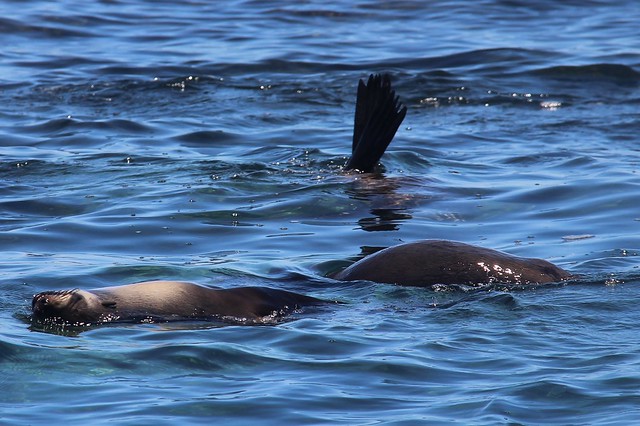 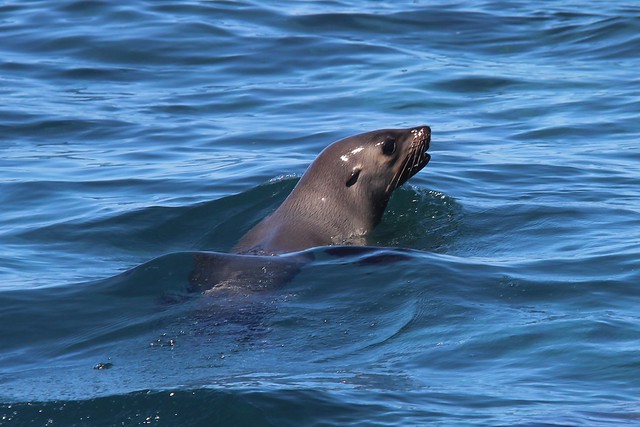 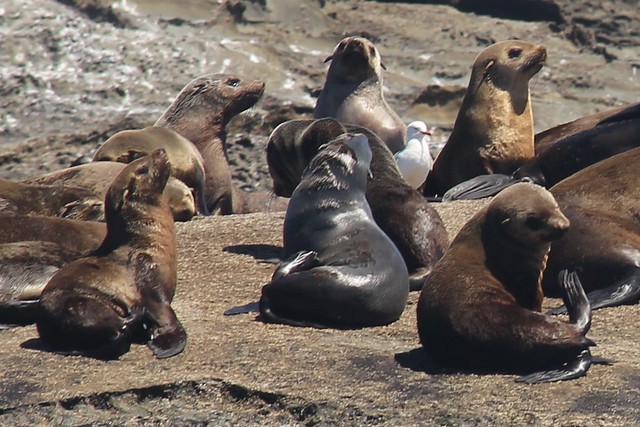 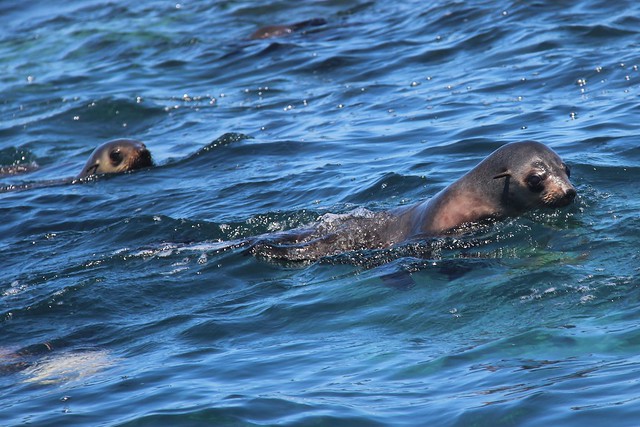 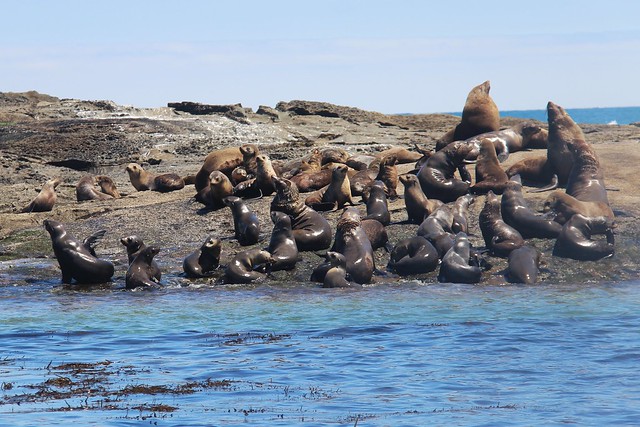 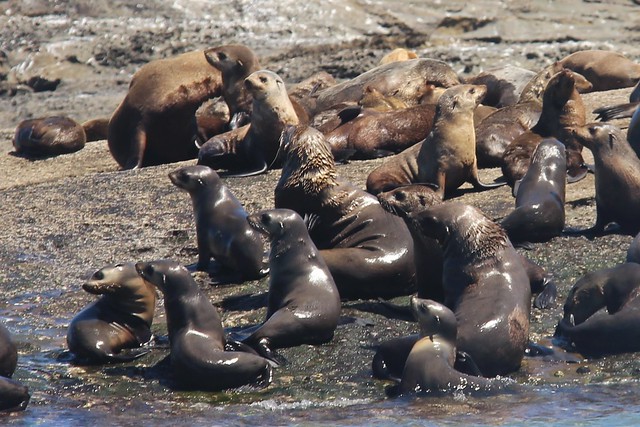 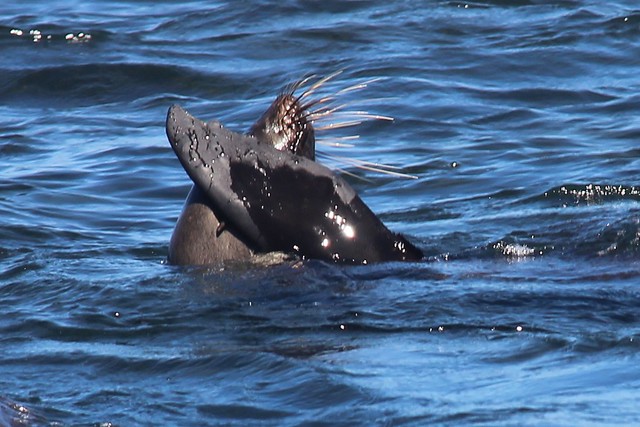 The tour guides were fantastic, as always. On an earlier fishing trip they had noticed a school of fish so tried to find them on the way back. We had no luck, but were able to see some penguins fishing a bit further out. This was the first time Seth had seen one in the wild (alive, that is) so it was a pretty special moment. 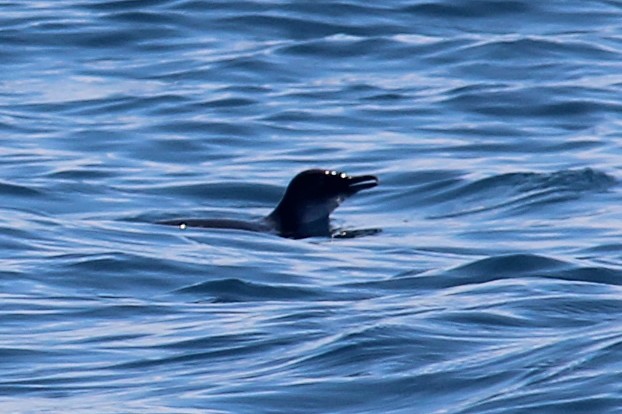 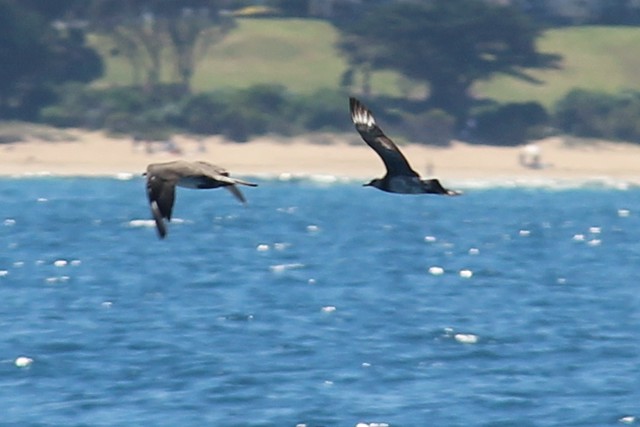 One of the funnier moments of the trip was when we were explaining to my aunt, who visits there a lot more then us, that there were seals on the reef. She was adamant there wasn’t and I can understand why. Even when the tide is low, the area looks quite small.

It is a true hidden gem. I hope to see more marine creatures in the near future, especially once I get my anxiety medication under control 🙂