I hadn’t gone to the property in over a year. Like with many things, the motivation was there but my health didn’t want to comply. So, last week, I quickly said yes when offered the chance to return.

It was so awesome to see the difference another year made. Last visit, the ground was still very brown even though moss was returning in some of the damper areas. This time there was so much greenery, even if it was at the lower level. There was small shrubs, wildflowers, grasses and even the pesky bracken. Even the insects and birds seemed more active – however this could also have been due to the fact it was sunny instead of raining! 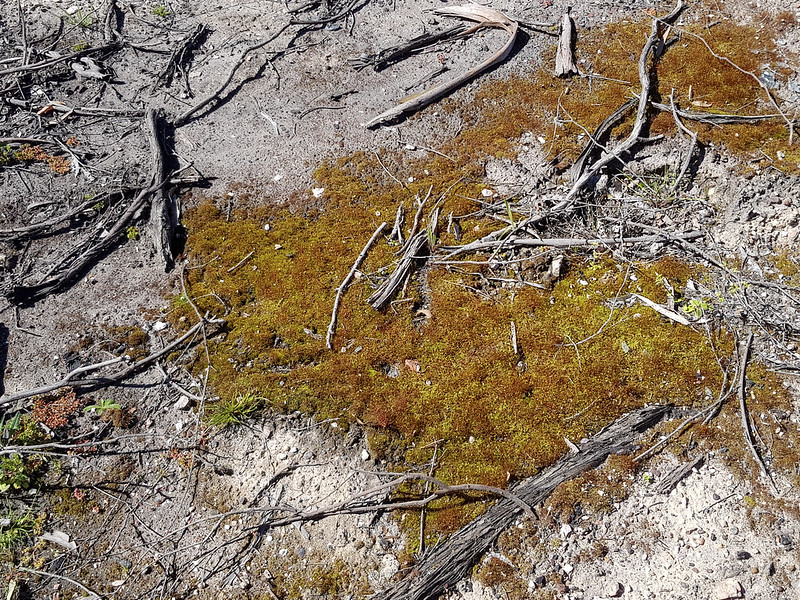 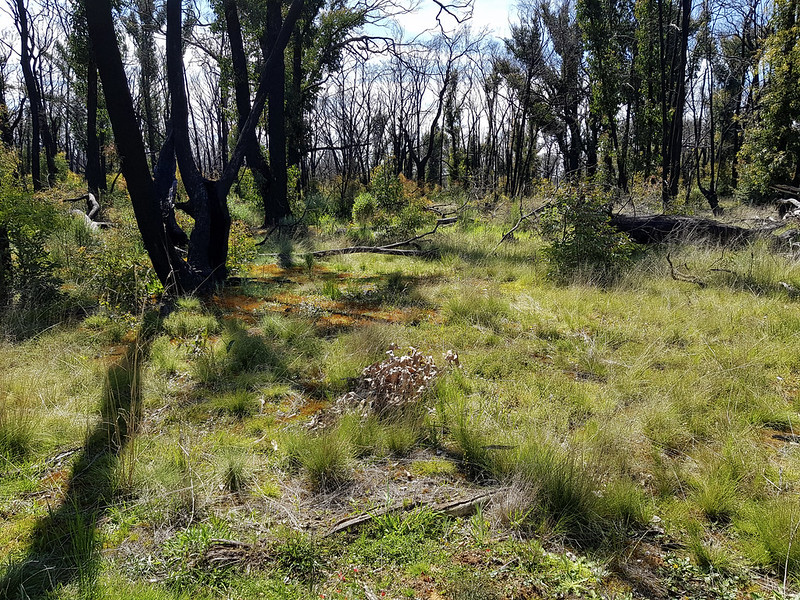 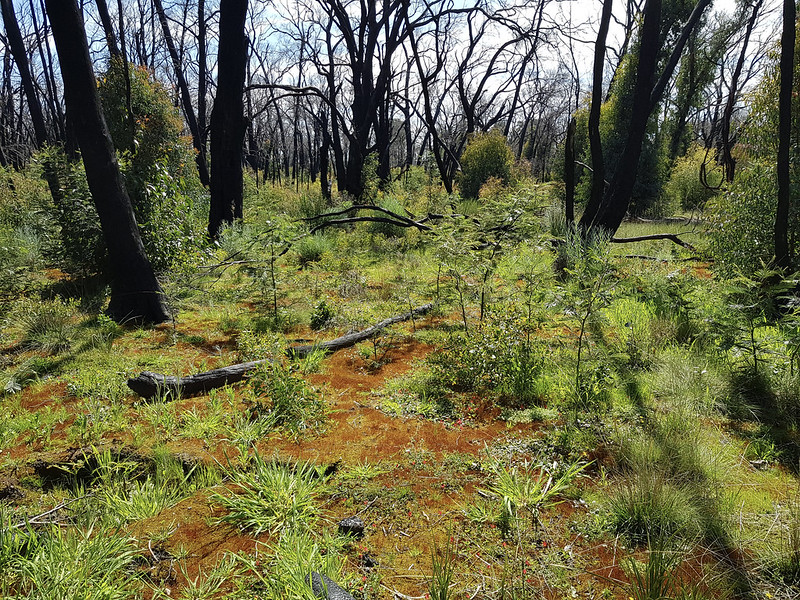 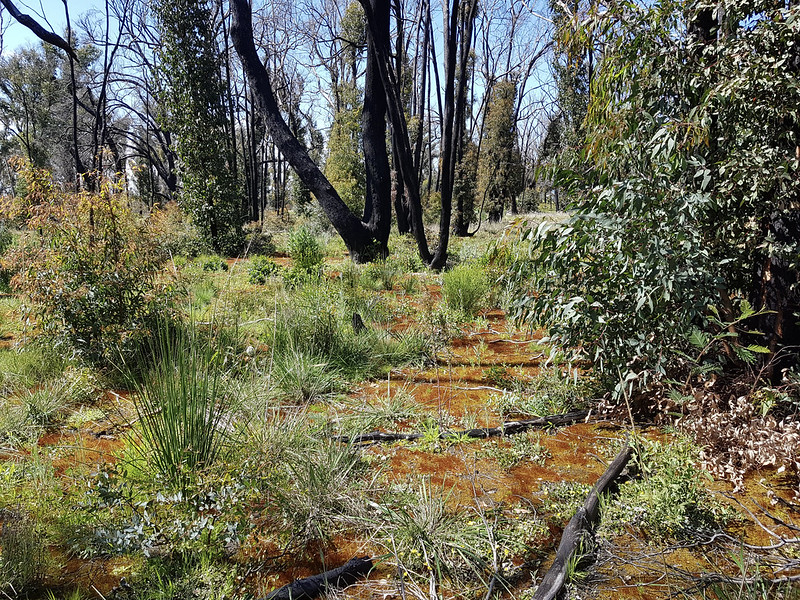 We found this back and tailbone, as well as other bones nearby. Which is sad, I hope it wasn’t due to lack of food. 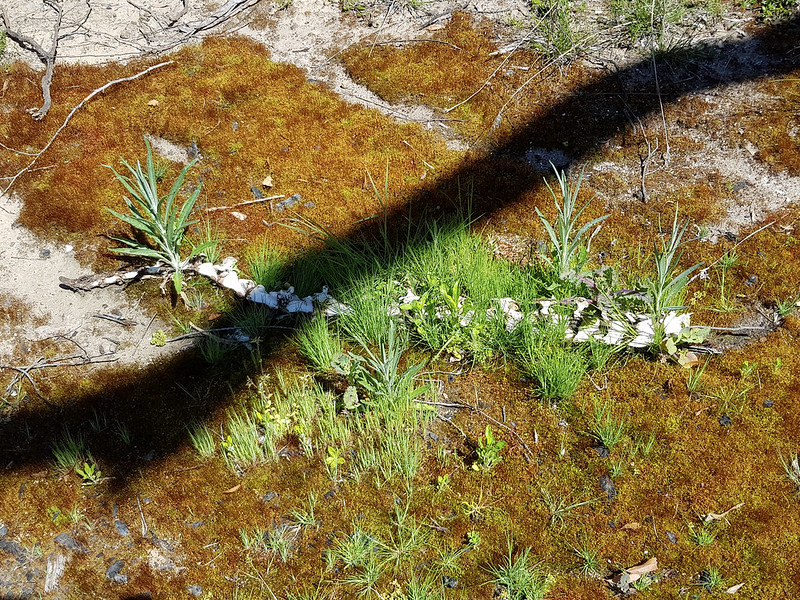 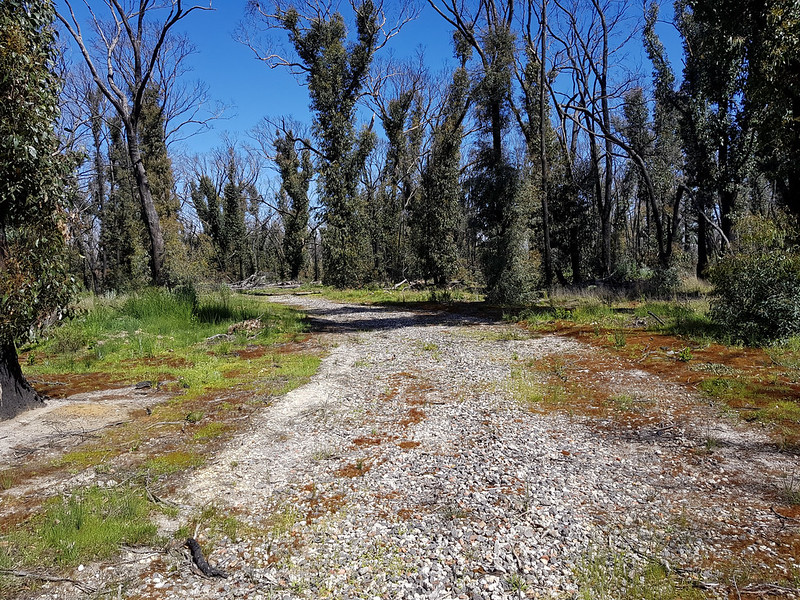 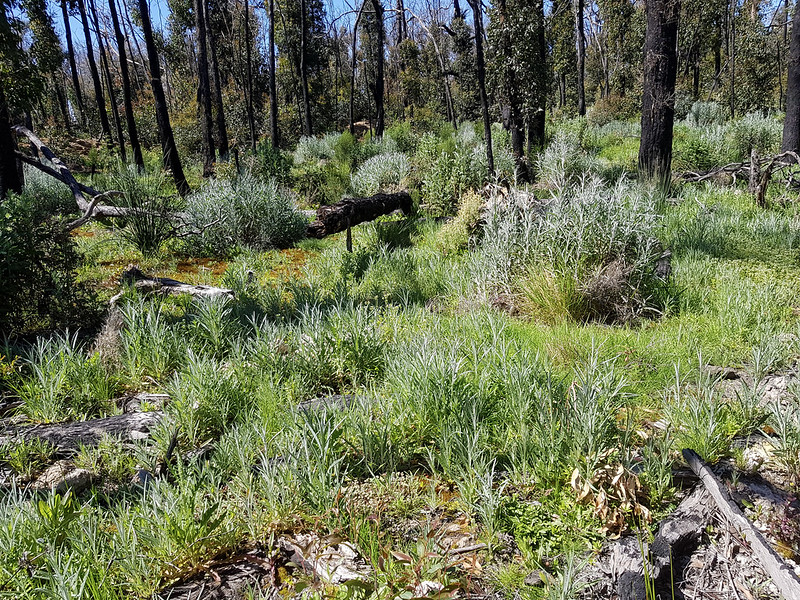 This was the really fun part. I’ve been trying to brush up on my knowledge of wildflowers but I’ve got too many obsessions on the go and frequently overlook them. This time, I tried to get them identified. Nothing stands out, but it’s useful to know for next time. 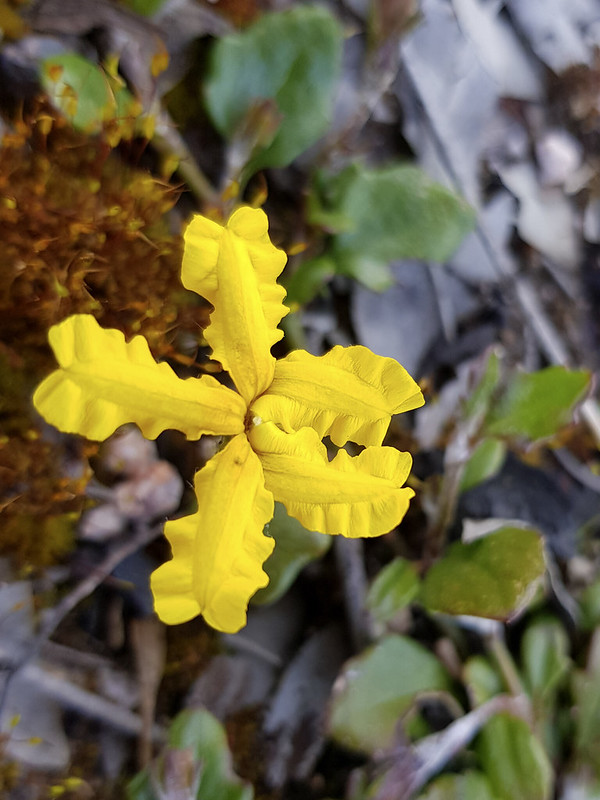 A Goodenia. I’m leaning towards trailing, but didn’t get good enough photos. 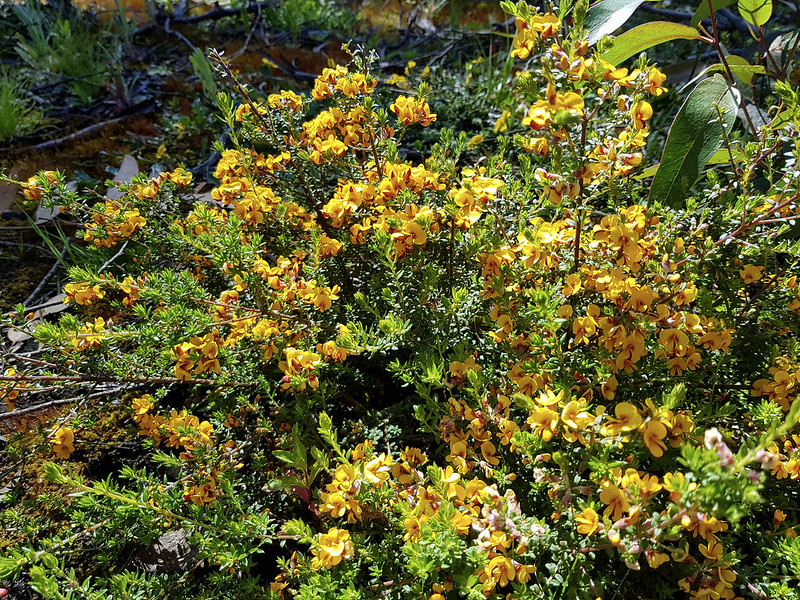 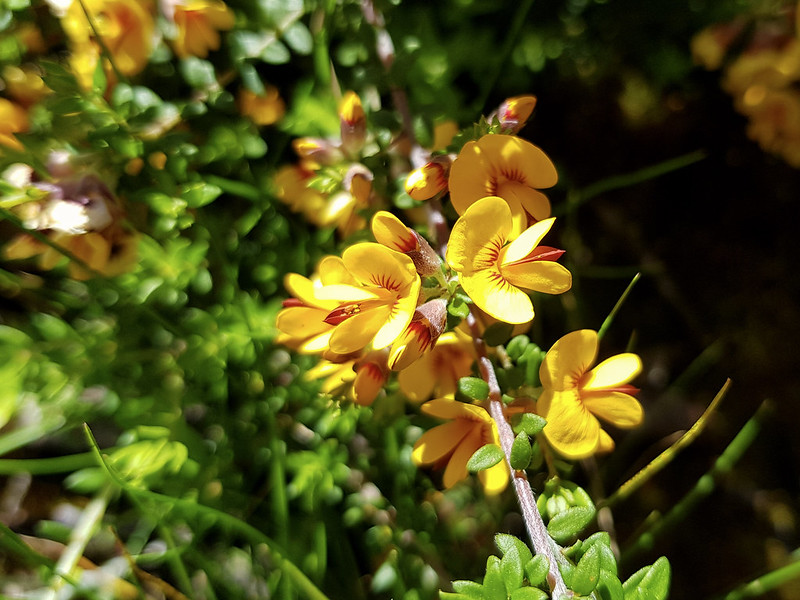 A bush pea, but I’m not sure what one. 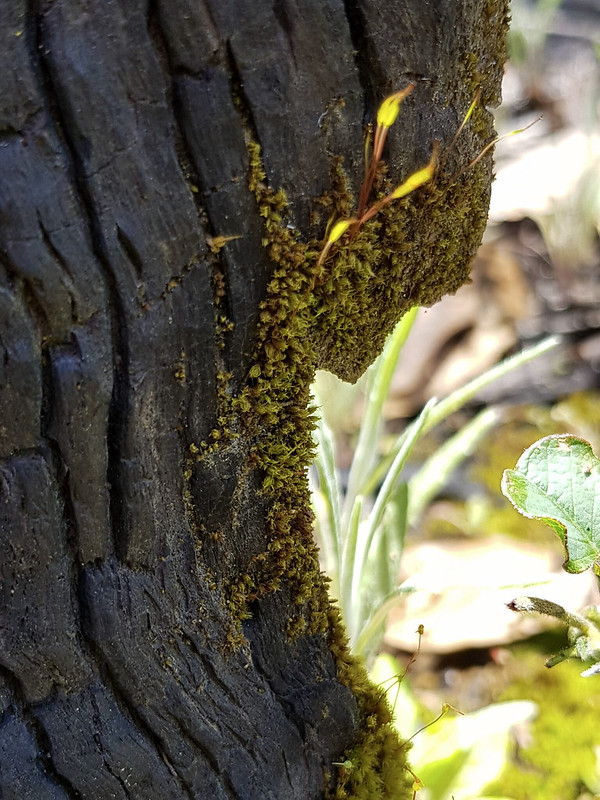 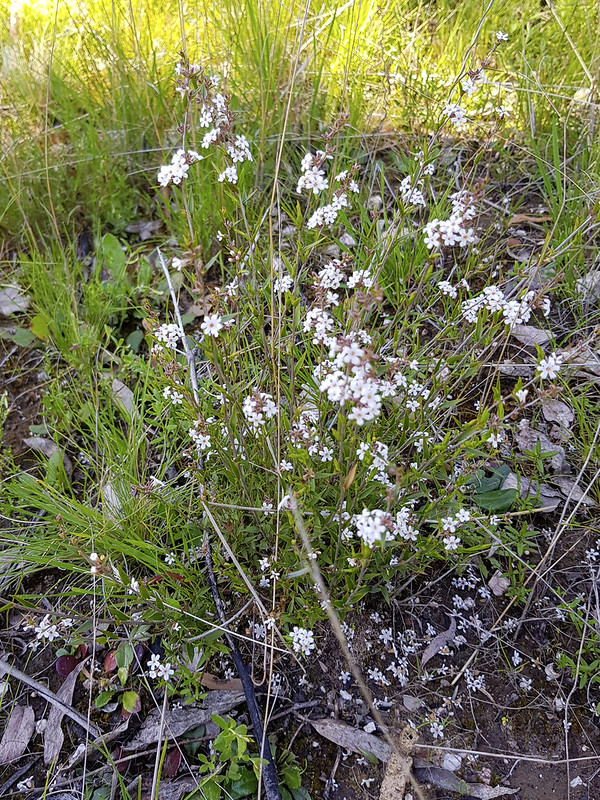 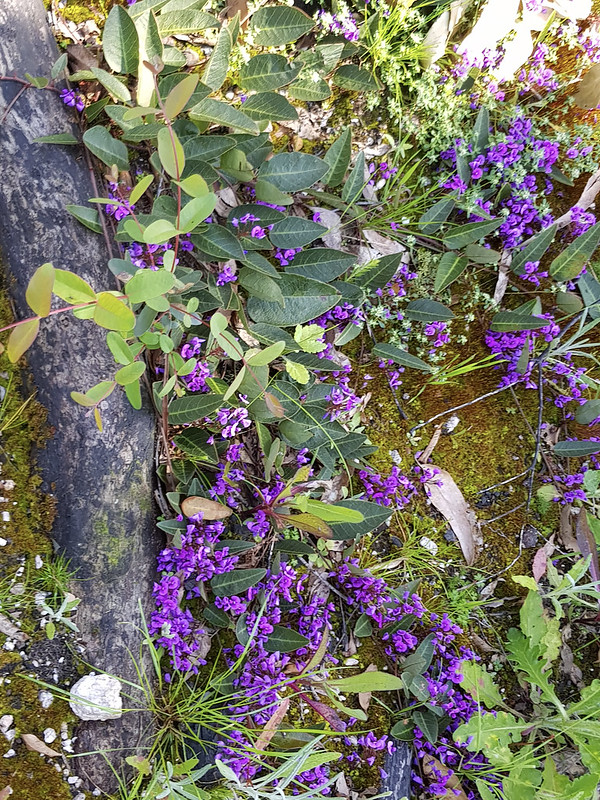 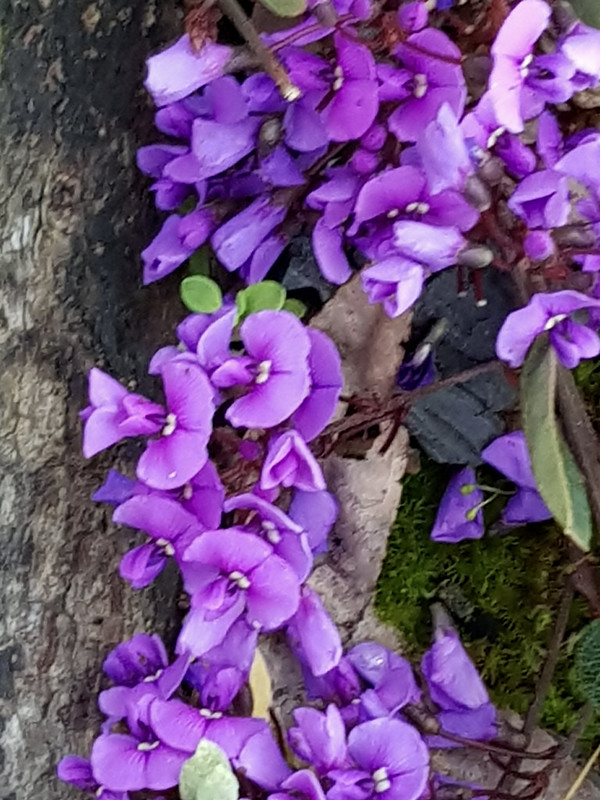 A hardenbergia or coral pea. 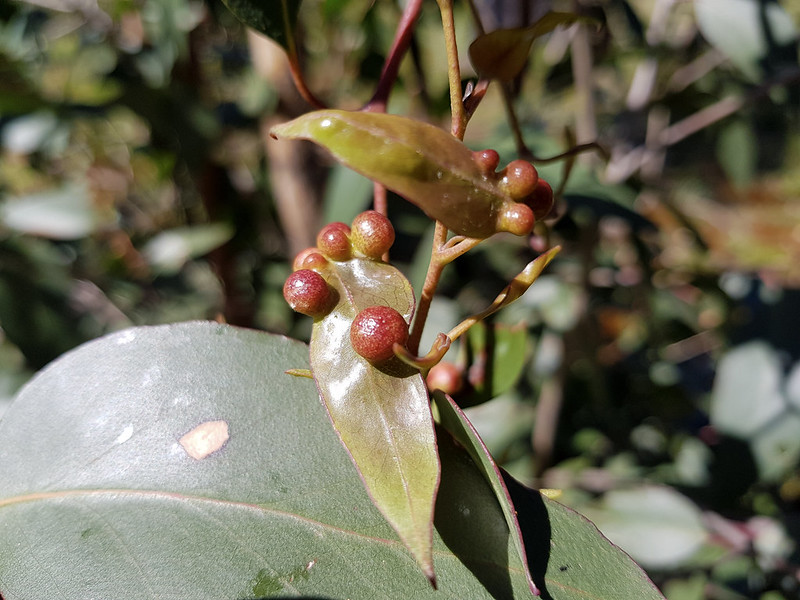 Galls. I may start to cut them open and study them in the future. 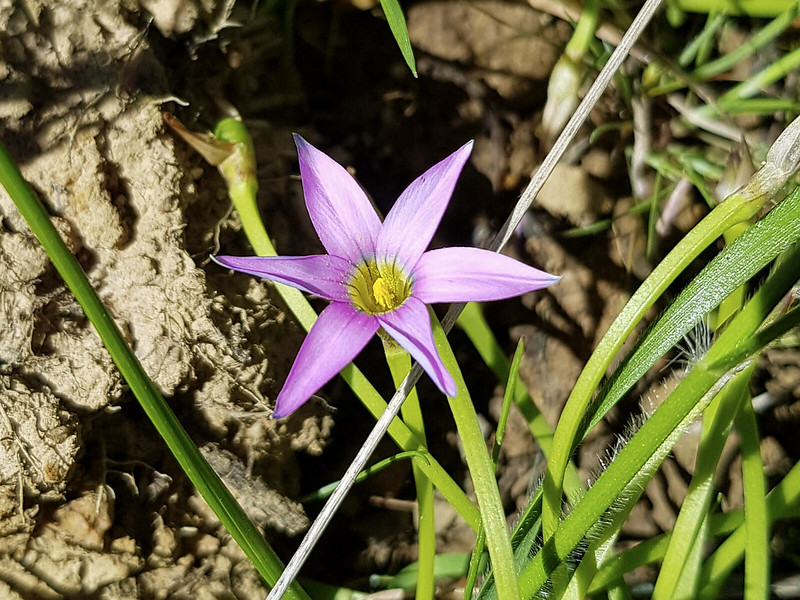 Romulea Rosea, and introduced pest and a PITA to control. 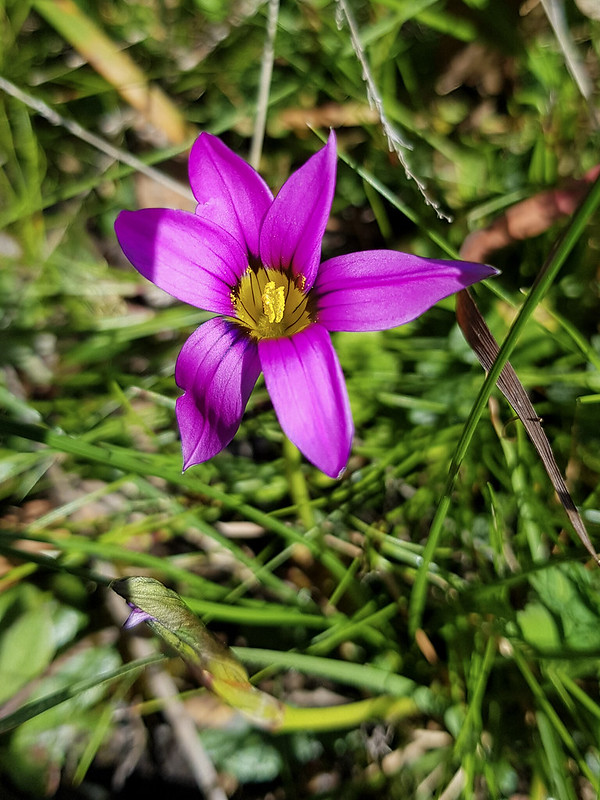 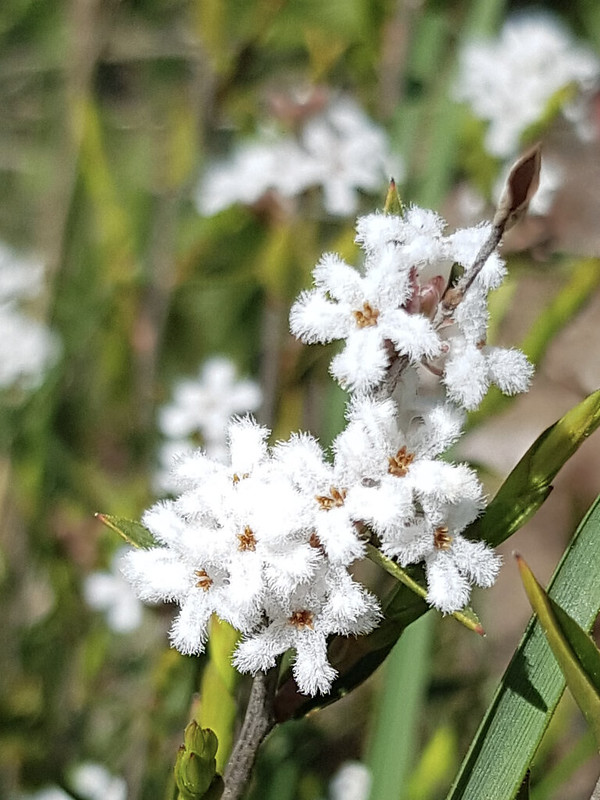 Beard heath. In the future I want to get better photos of this plant; so beautiful. 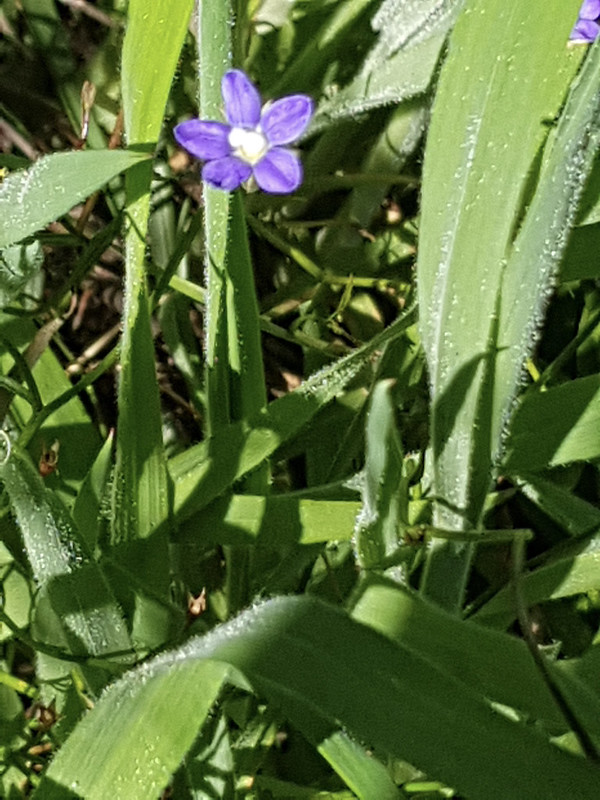 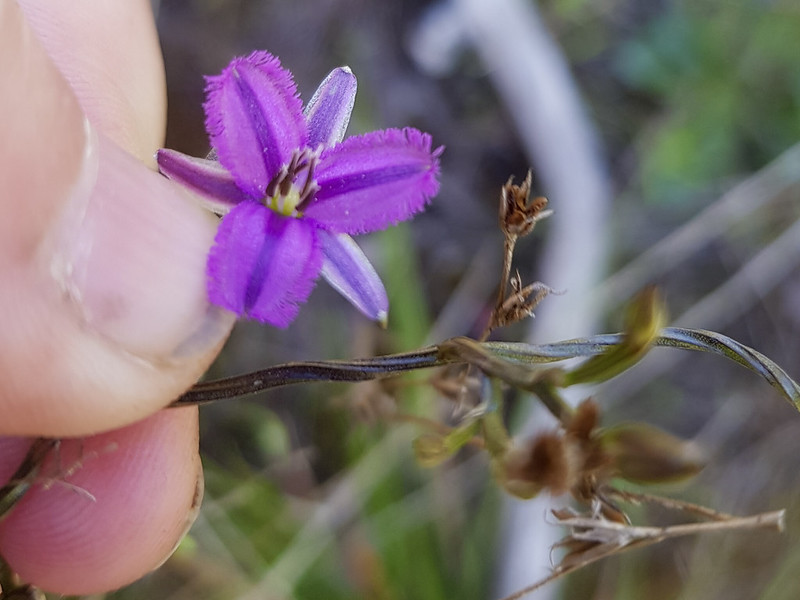 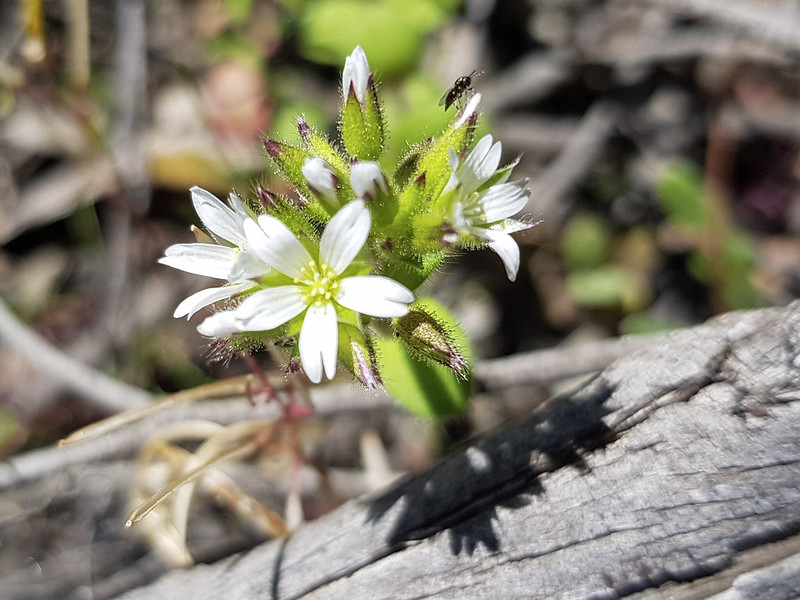 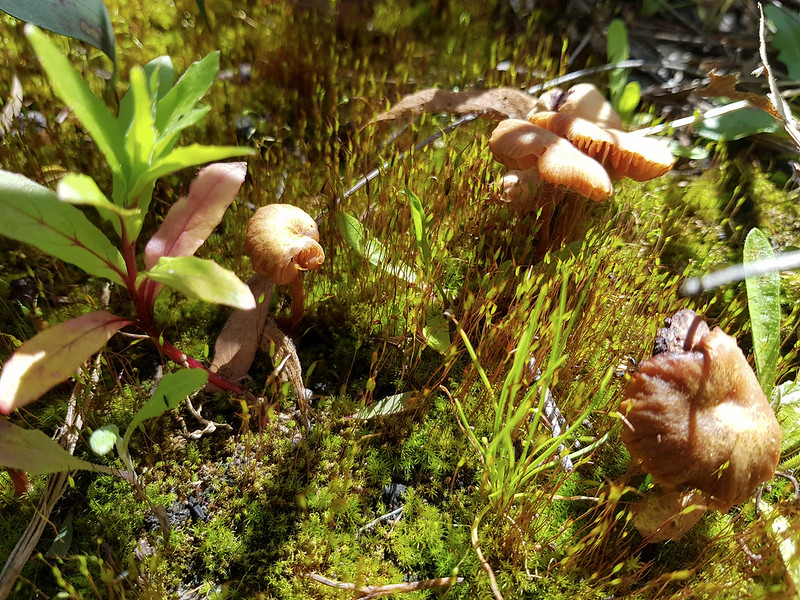 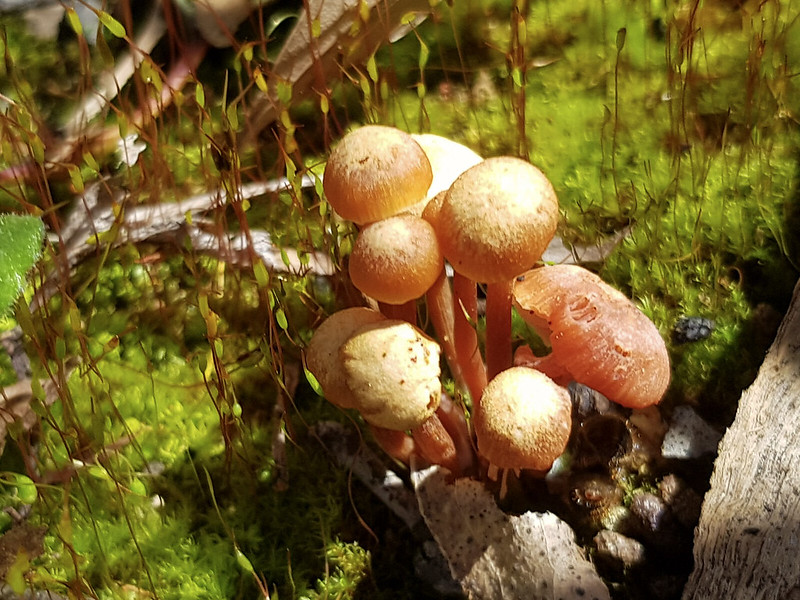 We didn’t have much luck with fungi but this was understandable, considering it was October. 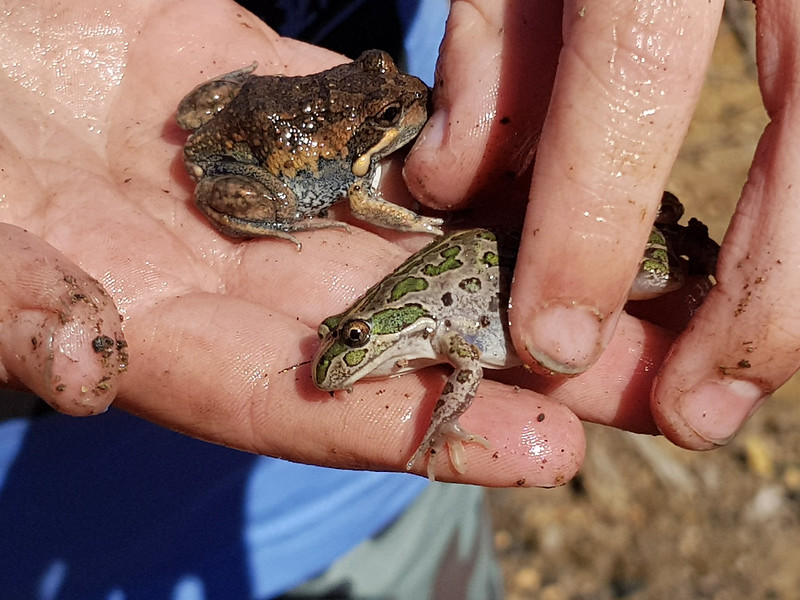 Spotted marsh frog and pobblebonk. The dam had been drying off but there was nothing of interest on the island. Didn’t have much luck with skinks, either. 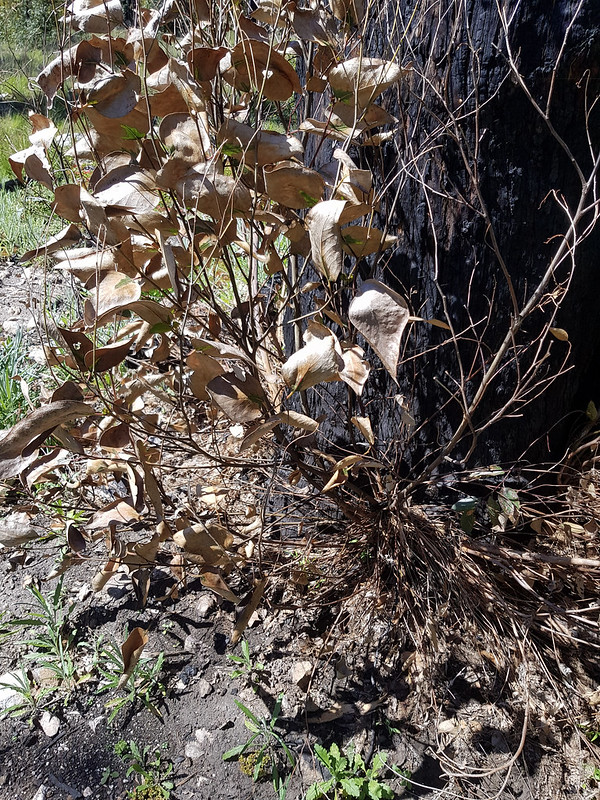 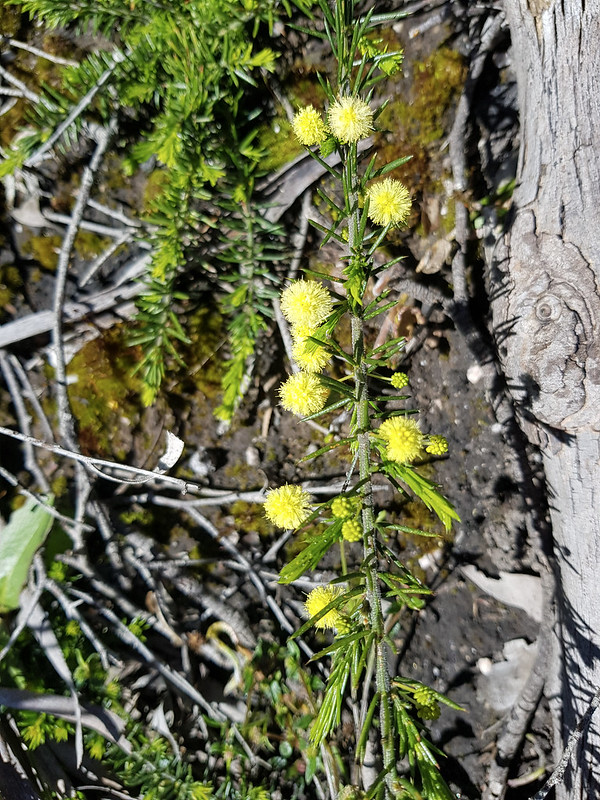 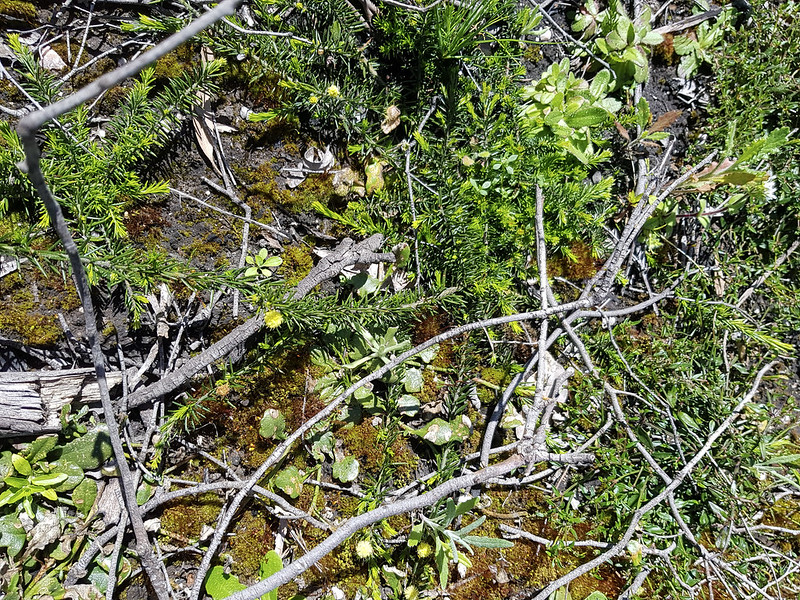 A wattle, I’m assuming, seemingly growing along the ground.
Annoyingly, this has gotten me interested in wildflowers again. Will do a couple of adventures over the coming months but I need to find that happy nature balance.