I love Kennett River. I had visited there in the past and had great experiences feeding the wild birds there. Alas, this trip, it wasn’t meant to be. It was the second week of the school holidays and the birds were all fed out. There was pleny of seed that had been discarded on the ground by annoyed tourists, so the birds didn’t feel the need to get seed from us.

This was cool by me. It was kinda amusing seeing tourists and buses pull up with confident people talking about how the birds would just land on their hand, and watching nothing happen. (I can laugh about it because technically I was one of those tourists.)

Sethy and I basically decided to go for a bit of a wander, look at the koalas, and head home. 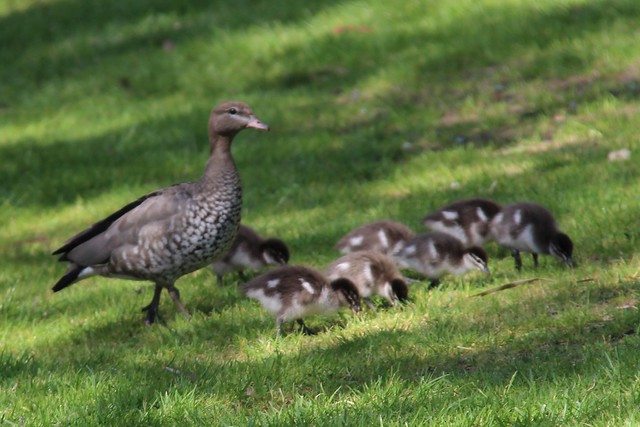 Wood duck family at the nearby caravan park. I saw a couple of wood duck families on the trip, they seem to be doing really well in the area. 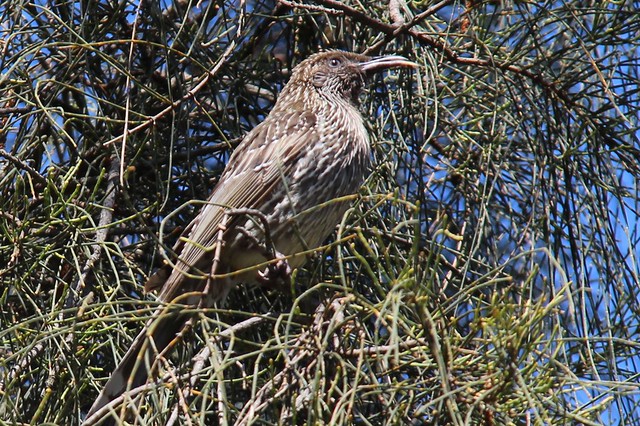 Little wattlebird. First one I had seen all trip. 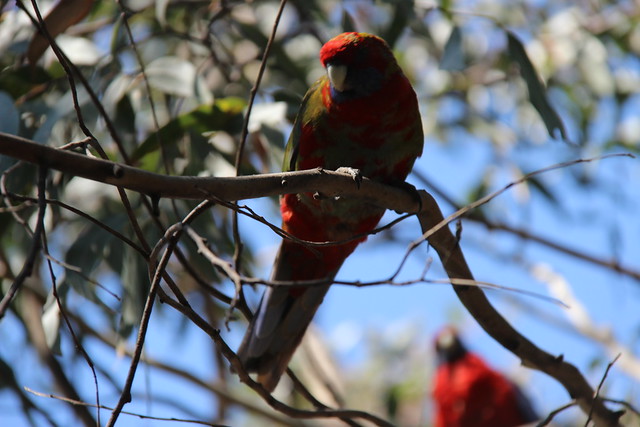 There isn’t much to say about the koalas. There were two that we could easily see – we found a third in the caravan park. There were large number of tourists photographing them but they were happily munching on their leaves. This guy was particularly photogenic. 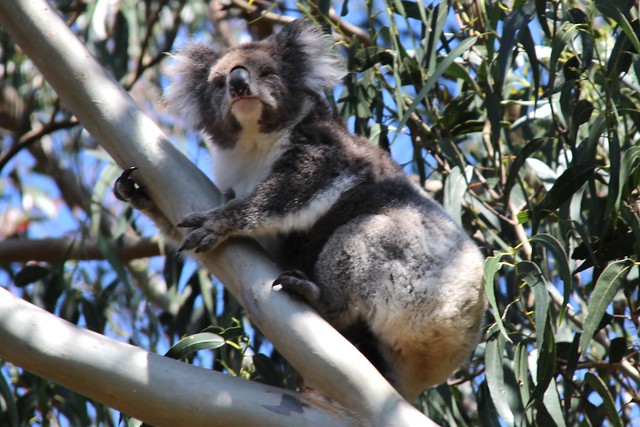 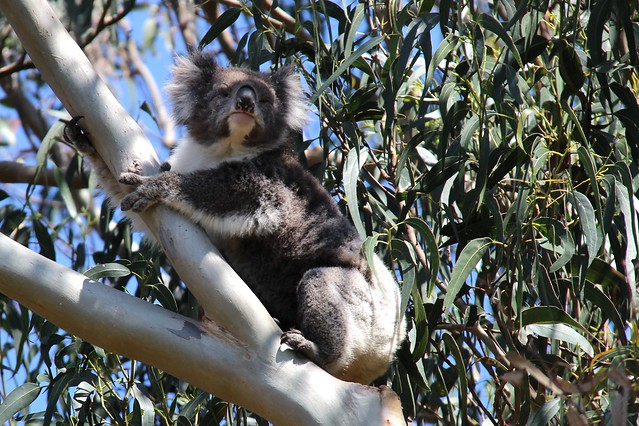 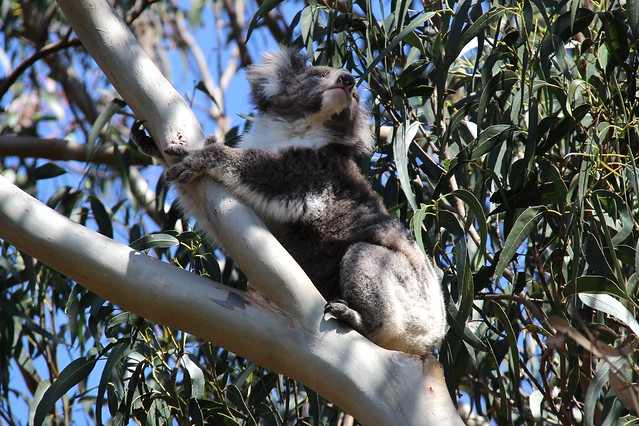 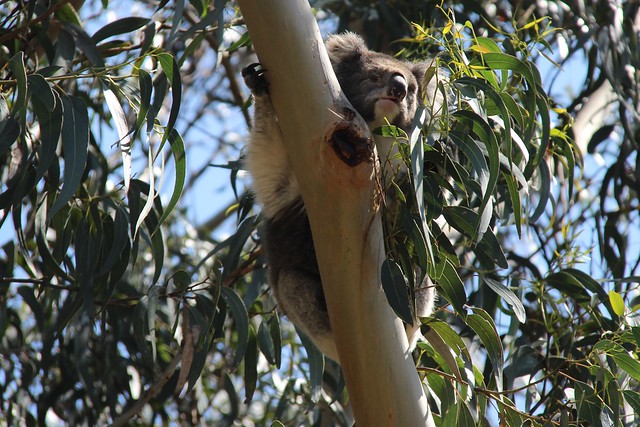 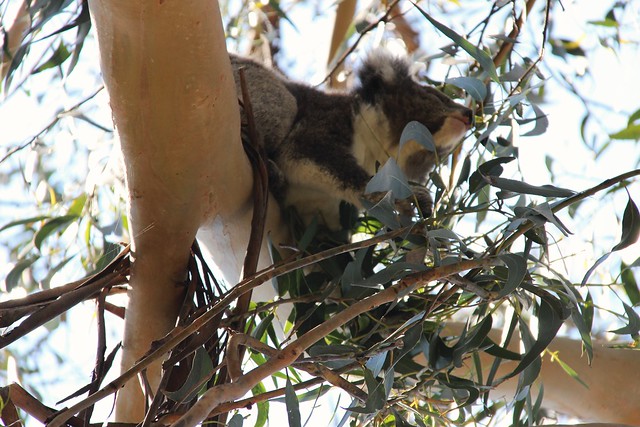 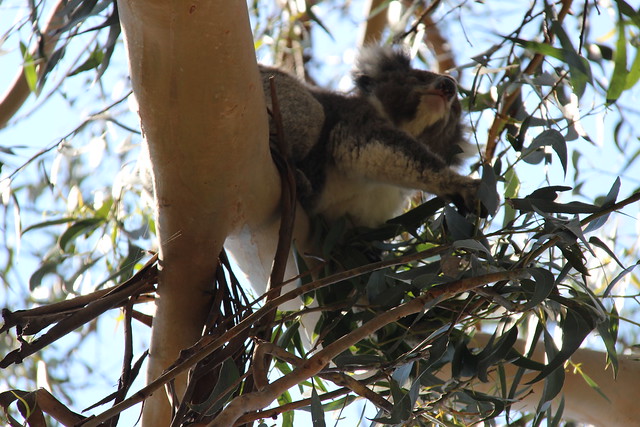 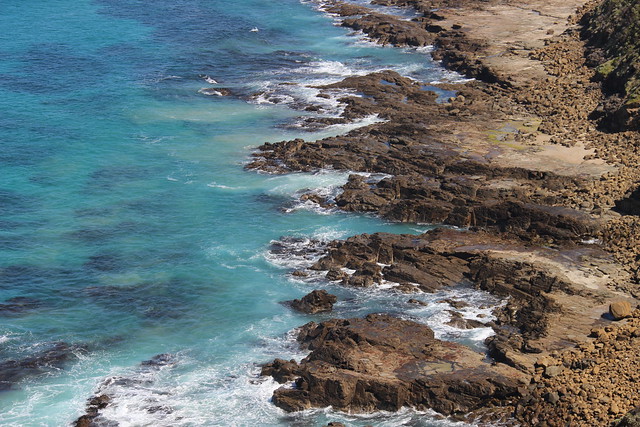 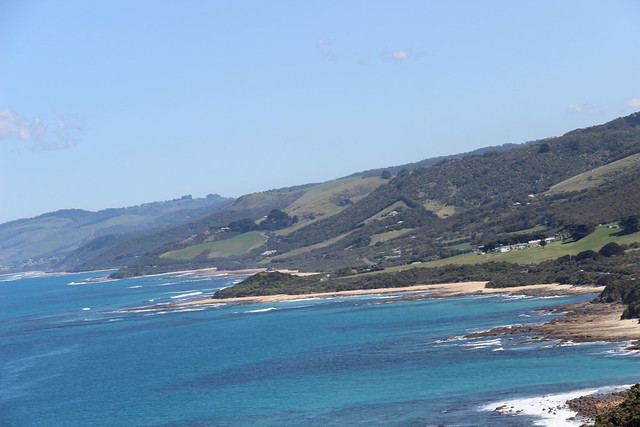 Dad was awesome enough to stop at this lookout on the way back. It had beautiful views of Apollo Bay. Some people were being stupid and standing in front of, or on top of, the barriers to get better photos. I reckon there is going to be an accident there one day.

This blog post has more information about the lookout. I don’t know how it compares to others along the great ocean road, but I though it was worth doing. We didn’t see any sea animals, unfortunately.