Another highlight of visiting the Property was seeing this female scarlet robin. She was a little spot in the distance (especially with the 18-200 lens). I wasn’t able to tell until later that she was carrying some nesting material.

I didn’t see as many robins as I would normally see. Treecreepers had taken over, with the occasional group of spotted pardalotes.

Hope to see more more robin nesting behaviour over the coming months but alas, I don’t think that is likely. 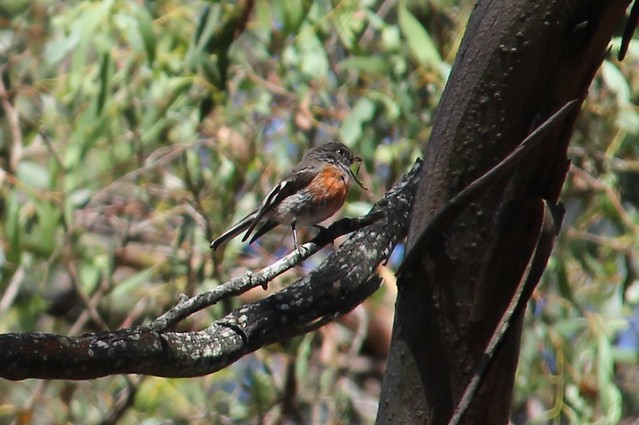 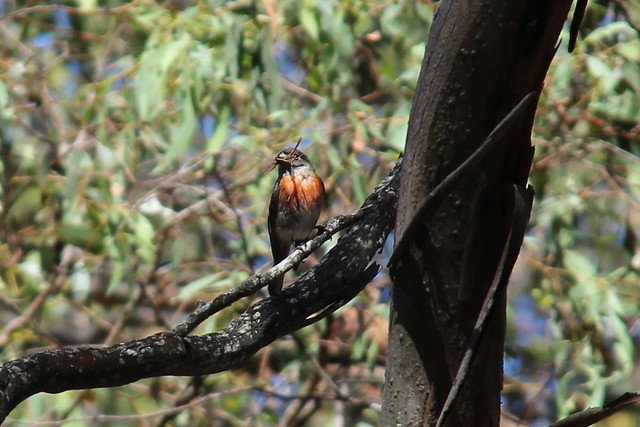 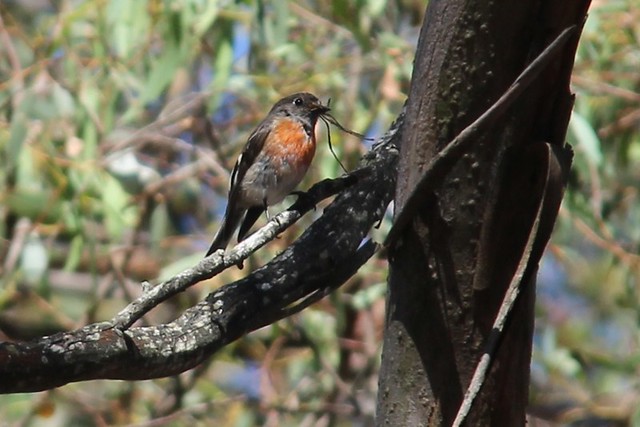 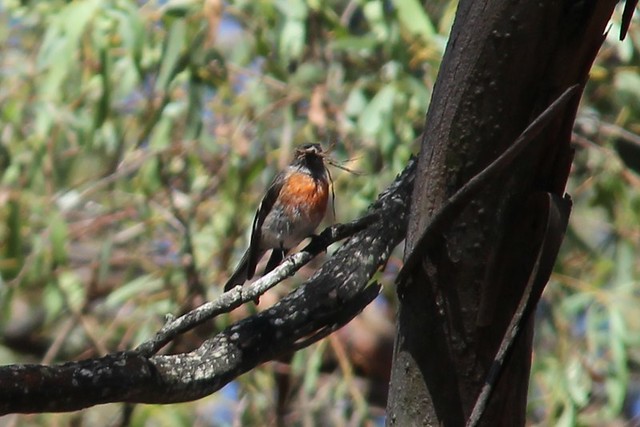 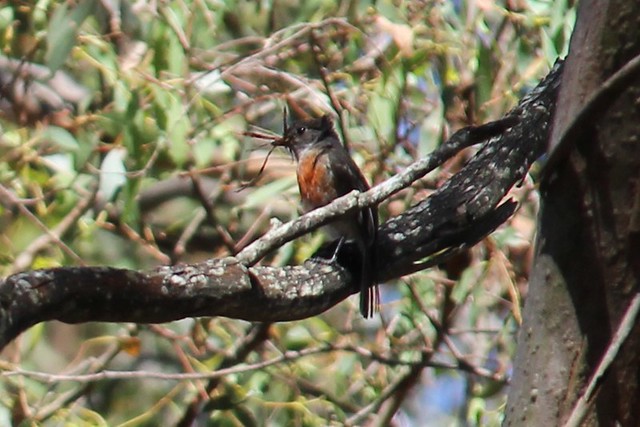