On my last trip to Apollo Bay, I encountered two sea hares. You can read more about them at:

I was so enamoured that I decided that I would buy a GoPro to help with my rockpooling efforts. The one I was looking at was in the 500+ range so I put it off as one of the things I’d try to get before next summer. Until I got an email from JB Hifi saying that you could get a GoPro 4 for $200.

Sold! And, armed with fancy technology, I asked my family if I could visit Apollo Bay with them the next weekend.

As I will explain, my GoPro experiments were a bit hit and miss. However, it was all worth it. On the final night, when rockpooling with Seth, we came across these guys: 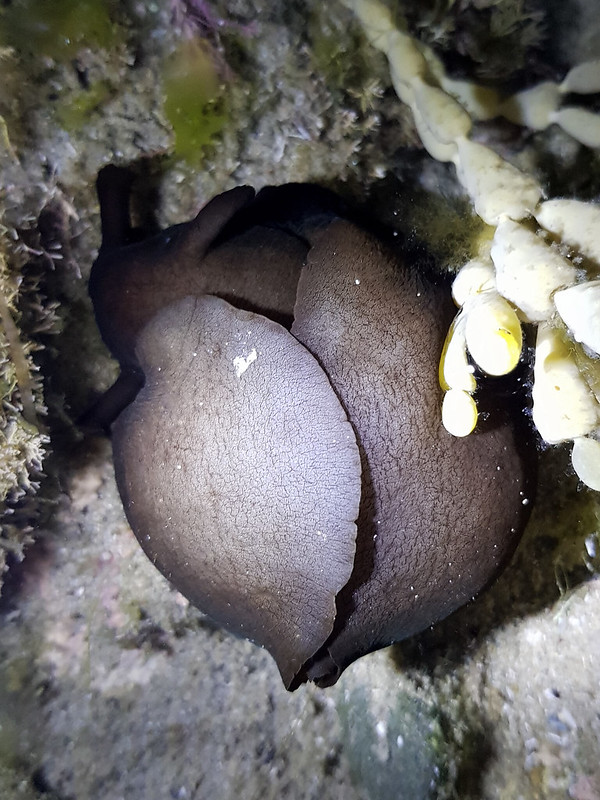 There were two sea hares. Annoyingly, we discovered them about 10 minutes before my parents were due to pick us up. They offered to take Seth home and let me stay there for longer but I was knackered. I’d gotten what I wanted and was content. 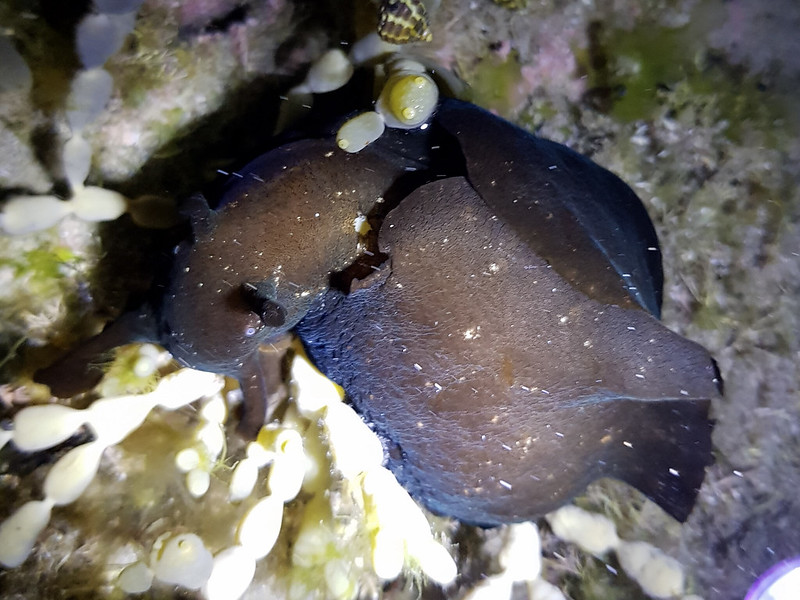 It was later identified as Aplysia Juliana.

Aplysia juliana is said to grow to 300 mm in length and is very variable in colour. The parapodia join very high up posteriorly. One very distinctive behavioural feature is that the posterior end of the foot forms a sticky ‘sucker’ which is used in the peculiar ‘looping’ form of crawling that this species exhibits. Rather than the smooth crawling found in most species of Aplysia, in A. juliana the posterior end of the foot forms a broad sucker which attaches to a surface and then the rest of the body stretches forward, the front then attaches and the posterior part is drawn forward. The form of locomotion, the lack of a purple gland and the parapodia joining high in the posterior midline are constant characters of this species.

There are quite a few colour forms of this species which are at present unable to be separated on anatomical grounds. the brownish form with pale spots is one of the most common forms, as is one with a uniform black colouration.

Hoping to find more sea critters over the rest of the year, especially sea slugs. My love for wildlife will be put aside temporarily as I get used to studying at uni again. 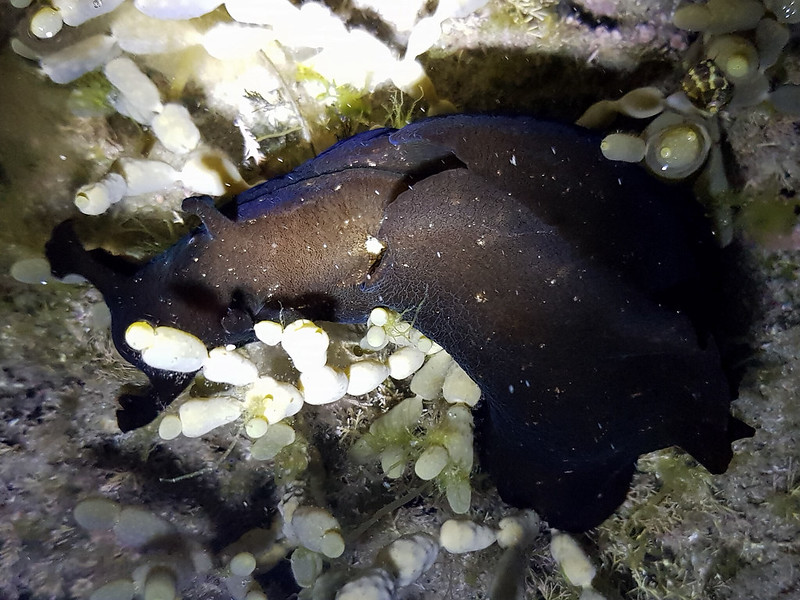 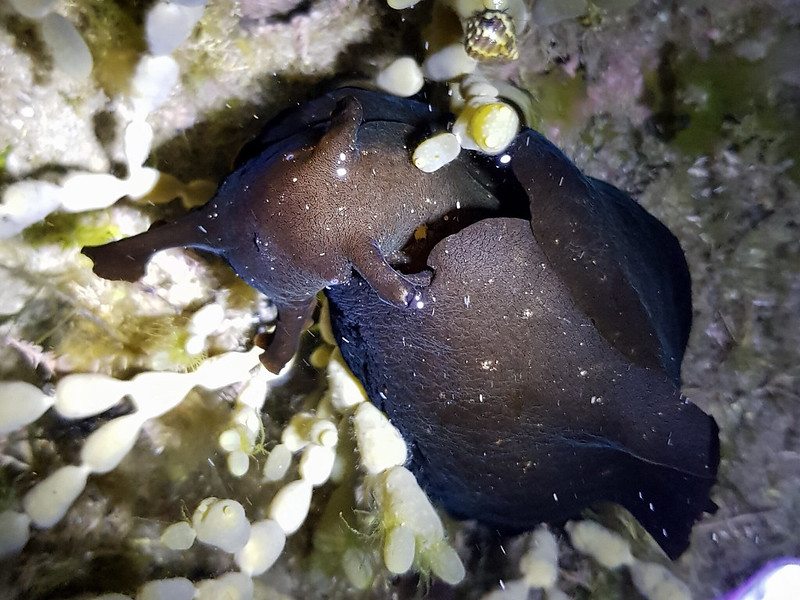 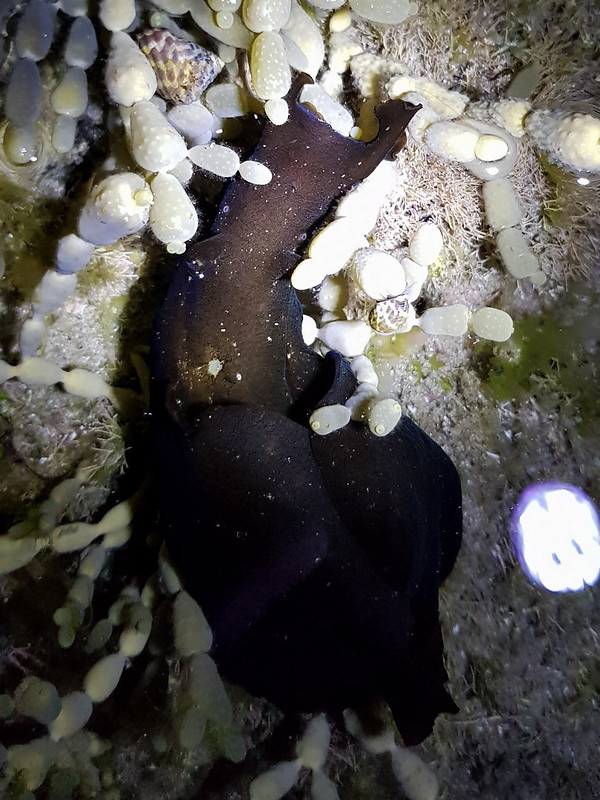 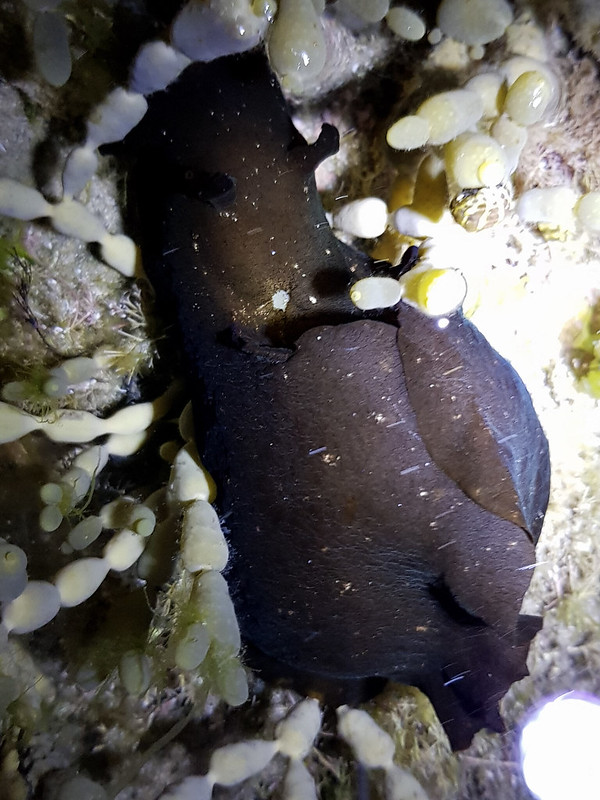 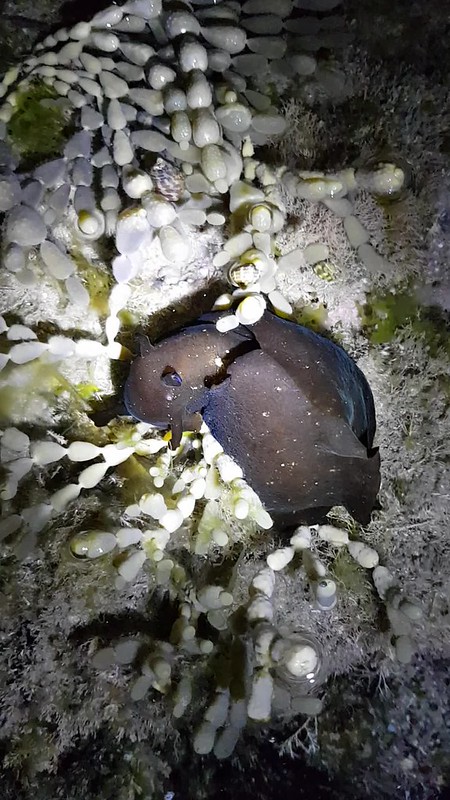 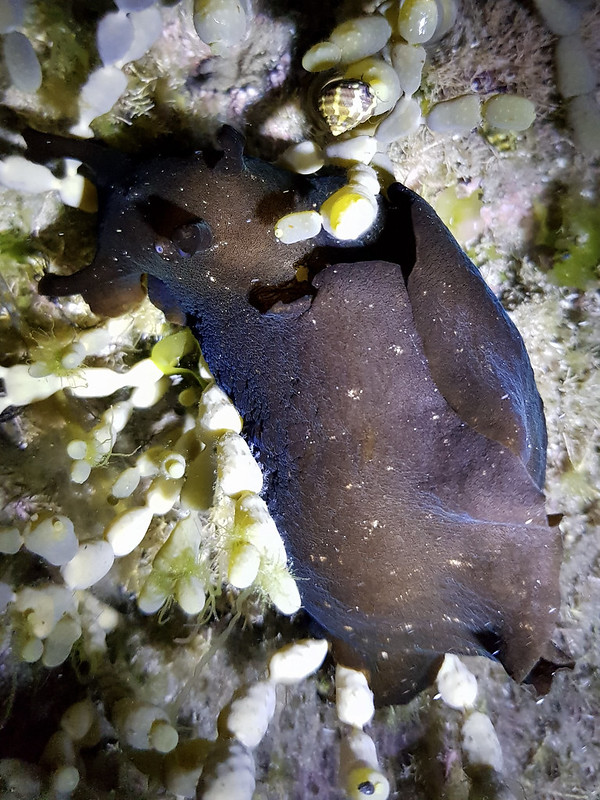 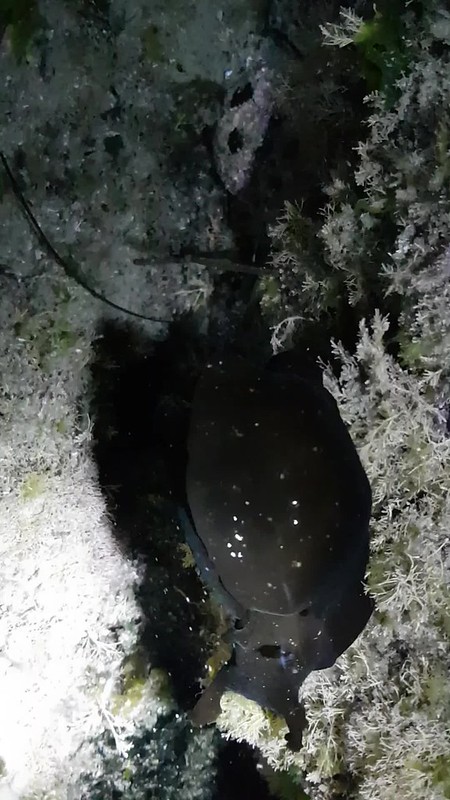