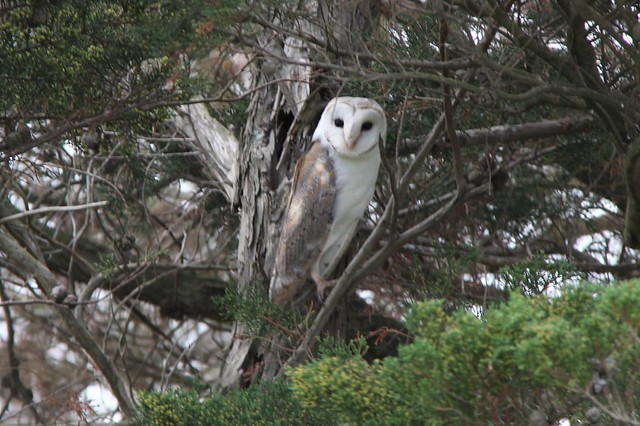 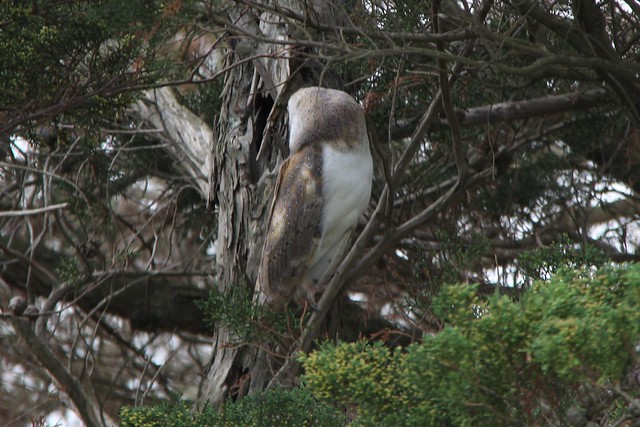 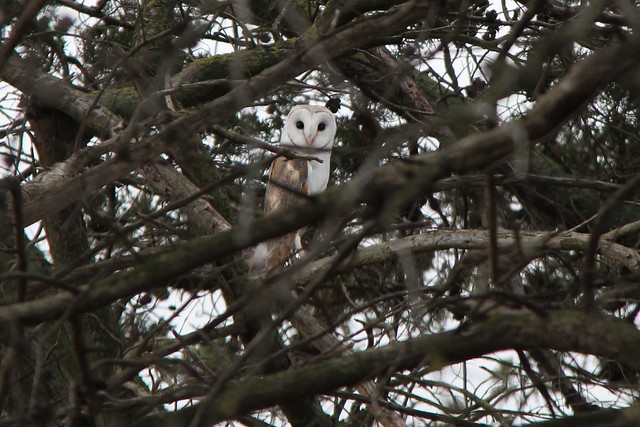 The above photos were taken DURING THE DAY on Wednesday. I was talking about the places I had seen owls before and recognized some kind of shed. We had seen owls around there last time! As soon as I said that, we saw this owl out of the window.

It was amazing. We were so lucky. It flew off pretty quickly and the photos we got were meh.

Paul told us why they were there in such large numbers. They were most likely the young from one or two pairs. He said that the clutch size can be quite big, up to 10. Some of the websites say less but it certainly would explain things.

This means that it isn’t really an anomaly that there are so many birds at the plant. It just means that Philip Peel and co went owling at the right time and discovered a large number of birds.

Wish someone had told me that at the start but hey, it isn’t as fun learning when there is no adventure or confusion.

I had previously visiting here with three other birders a couple of weeks ago. I had planned to blog about it but didn’t have an internet connection, nor a lot of free time.

Turns out I am actually quite skilled at finding owls, I have good instincts in regards to their behaviour. We did see the female adult that night because she was quite large, about 20% bigger then the male.

Many of the others were skittish. I don’t understand why they will post some nights and not others. I decided on this night that I wouldn’t photograph them with flash out of respect for them.

They like nice deep hollows. It was likely the whole family lived in the nearby shed and that was why we always found them there. I also learned that they would bob a couple of times just before they would fly away.

If you want to get really nerdy, you can check out this page from RSPB.

Two broods may be reared. About 75% of young die in the first year: survivors normally live for another one to three years. The greatest known age in Europe is over 21 years; there are several records of 12-17 years.

The fact that 3/4 of the young – the birds we see – will die is sad. I wonder if these guys will live longer due to the amount of prey at the plant.

Gonna try looking for a powerful owl next 🙂