Last weekend, I went on a trip with my parents and nephew to Apollo Bay. We go there once every couple of years. Sethy and I had picked up a couple of lifers on our previous trip so I thought I would be more strategic. I put the call out on Facebook asking for ideas of places where Sethy and I could find birds.

I got a number of suggestions – some of which I’ll write about later. This post is about the suggestion to visit the seal colony just off of Marengo.

I was so excited when Philip Peel suggestion this. We had been able to see the rocks everytime we visited the rockpools – which was a lot! There was a strong possibility of seeing a kelp gull – a bird I had been wanting to see for ages – as well as being able to photograph a seal colony.

It turned out to be an awesome adventure. Sethy described it as being the best thing he did in Apollo Bay. 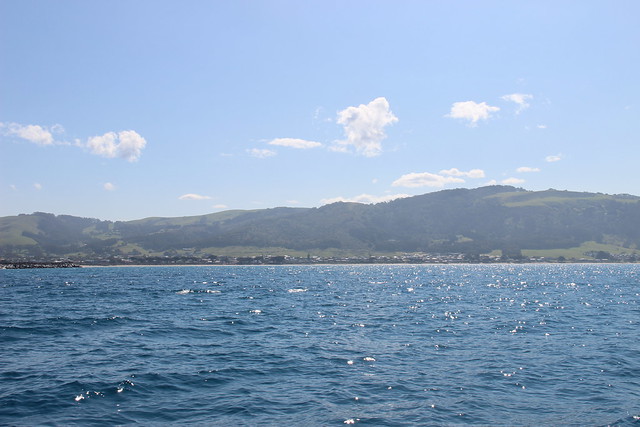 We first headed towards the shipwreck of ‘Casino’. We had no luck seeing the ship but managed to get some lovely views of the township from the boat. I could imagine Glenn having a lot of fun on this part of the trip. 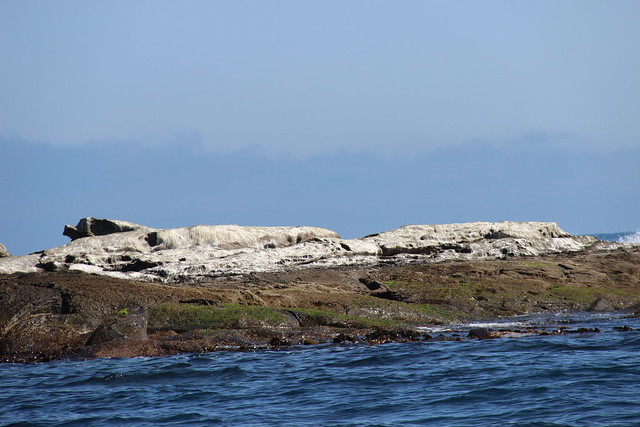 As we got closer to the rocks we could clearly see bird droppings. This may be boring to most but to me, it was a sign of potential birdies. I took a photo just in case there was a lifer hiding in the frame. 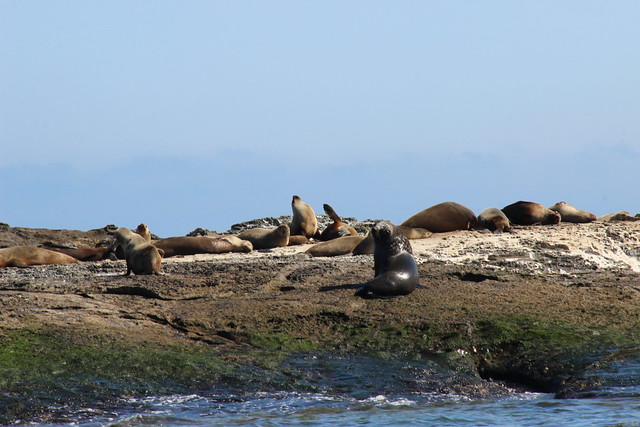 We stopped the boat. There they were! There was over 100 of them, lying on the rocks. This was the first time Sethy had been able to get close to them in the wild. The last time I saw seals was at Point Addis, but they were pretty bad views. 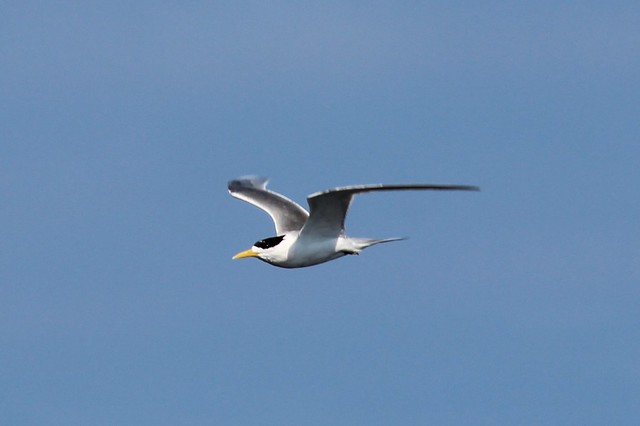 Being me, I couldn’t focus on the seals. The kids on the boat were doing enough of that. I had read that you get white fronted terns and black faced cormorants here. 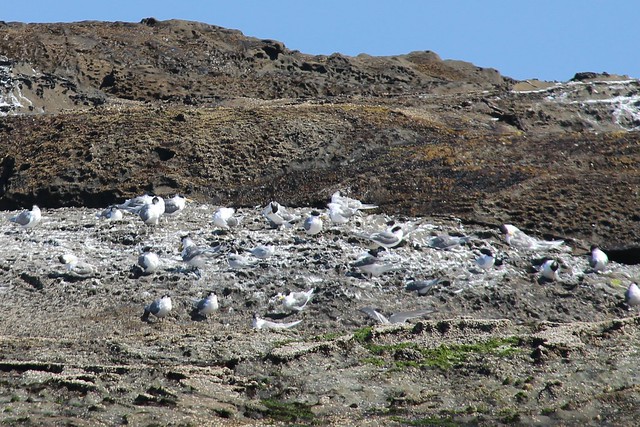 Everything look like crested, unfortunately, but I took photos just in case that elusive bird showed up. I felt a tad guilty as at this point the seals were jumping into the water and playing really close to the boat. But I can see seals anytime – this was an opportunity for lifers! (My goal to hit 250 birds by the end of the year has been stuck in my head, even though I know I’ll probably never achieve it.) 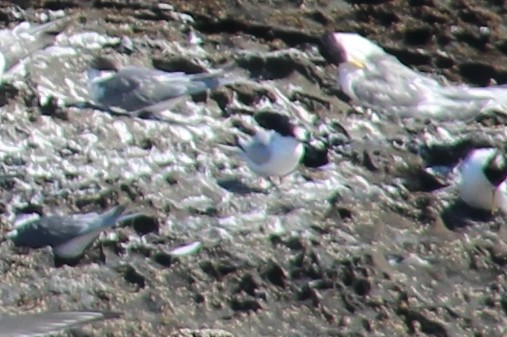 I posted the above image on a Facebook ID to see whether the bird with the black bill could possibly be one. It is! That means I have now seen 7 terns in Australia. That means there are *just* 11 pesky terns to find. Guess I better get on a pelagic soon, huh?

On that note, Sethy LOVED how the boat was slightly rocking. 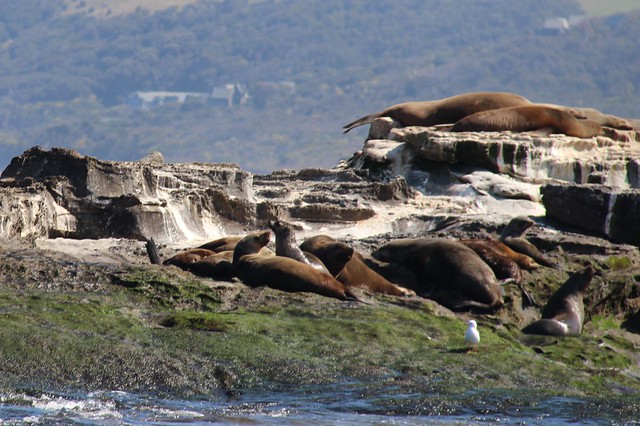 This is when the seals heard the engines and lifted there heads up to see what was going on. The next three photos showed them running (ish) towards the ocean. I wish I’d gotten more photos of this 🙂 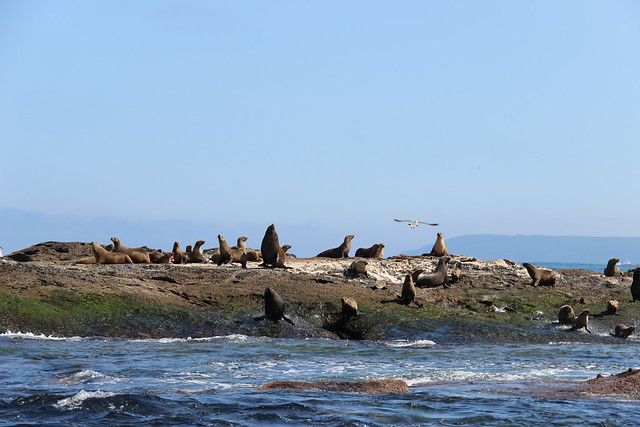 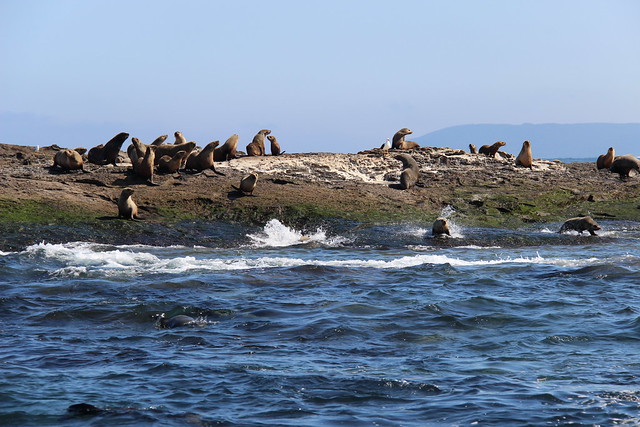 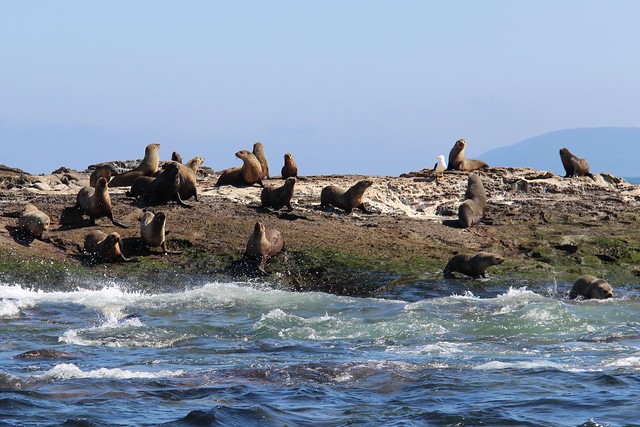 So. The seals had jumped into the water. At this point, one of the kids in the group noticed the overwhelming smell of poop. Turns out that it belonged to the seals – they pooped on the rocks and would just lie in it. 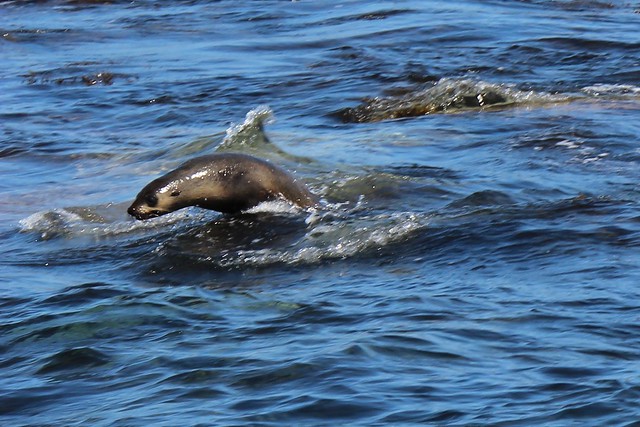 I wish I had been able to get more photos like this. There were many opportunities, I was just too busy looking around for potential kelp gulls. Those efforts were rewarded but it did mean missing out on lots of cool photos. Oh well, we will just have to return. 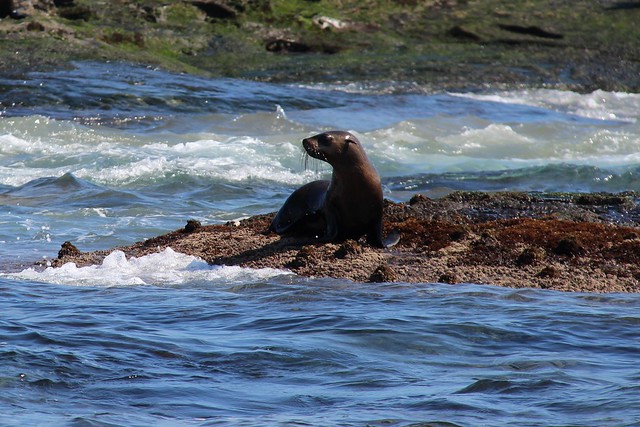 There were some seals remaining on the rocks, which also led to good photos. 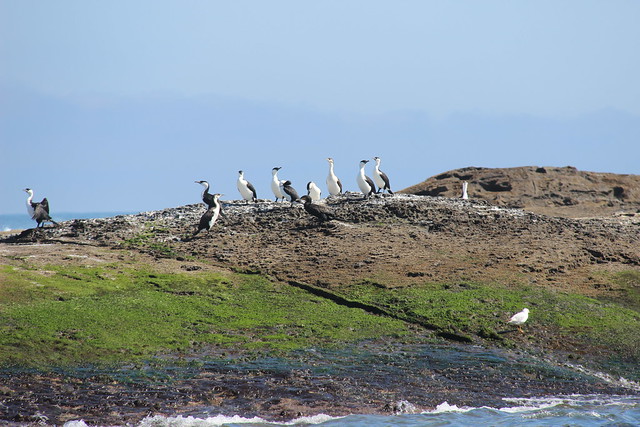 It was awesome to see the black faced cormorants on the rocks. We had previously seen them in Apollo Bay but didn’t have photos of their faces. We saw them again in the harbour this time. It got to the point where I started to wonder if that was the only place you could see them. I think they are adorable and could spend a lot of time photographing them.

My love of cormorants didn’t stop the seals from frolicking around us. They were really close, clapping and diving. Really, it is a great tour for photographers. 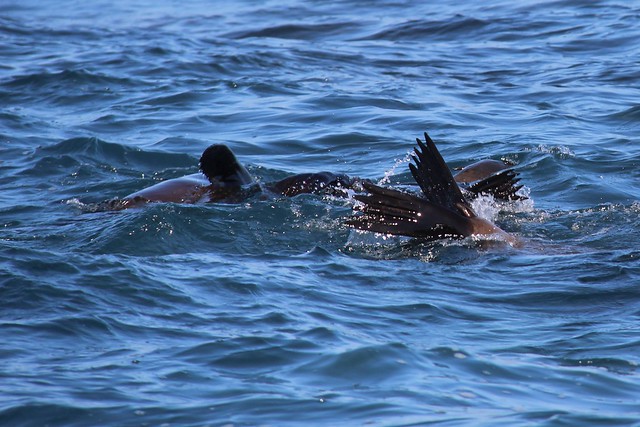 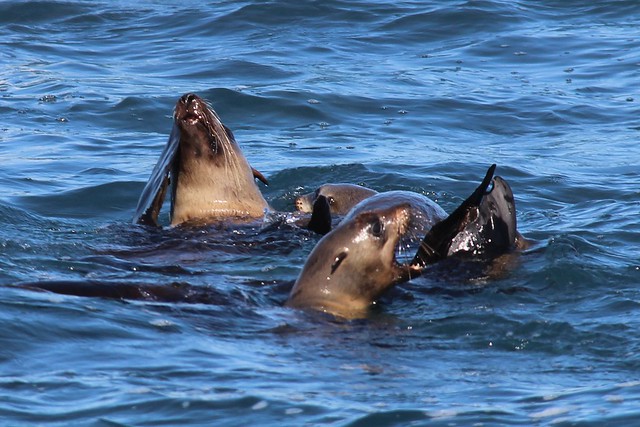 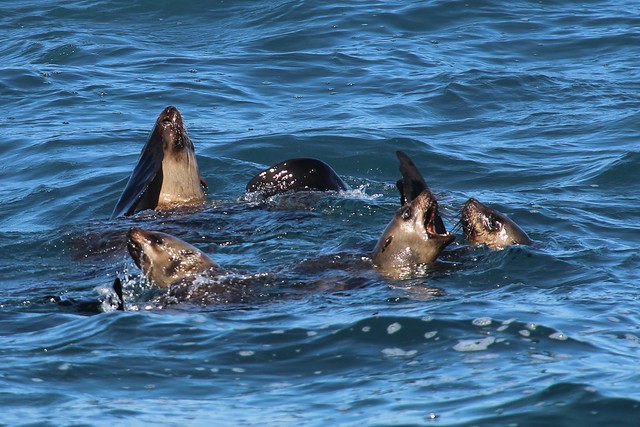 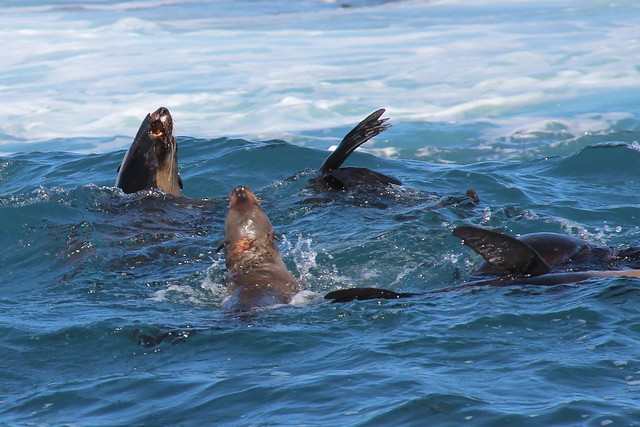 Those who know me also know that I have a silly obsession with taking photos of birds doing a #2. 🙂 So stoked to get the below photo! Getting decent bird poop shots is a lot harder then you’d think, it always happens by accident. This one looks quite arty, I think. 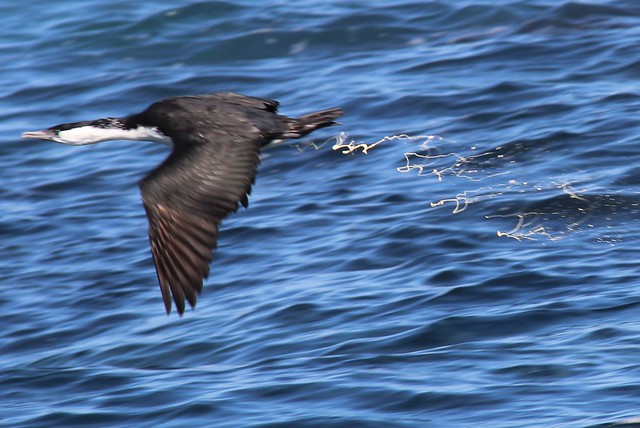 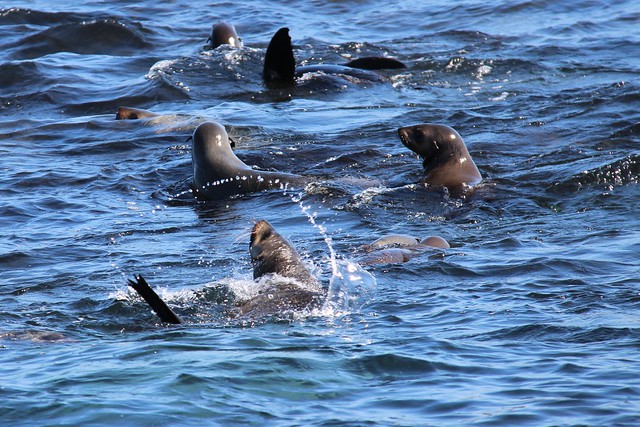 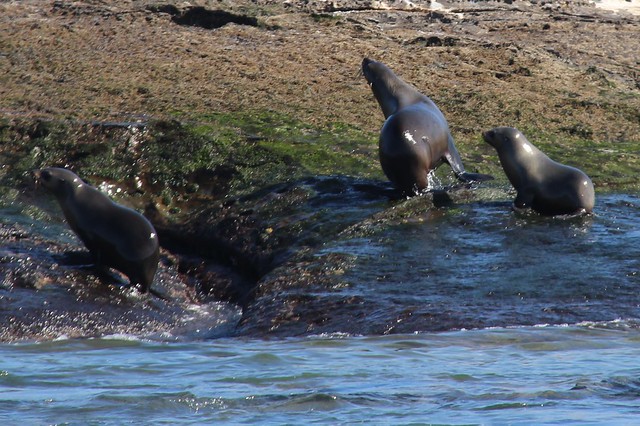 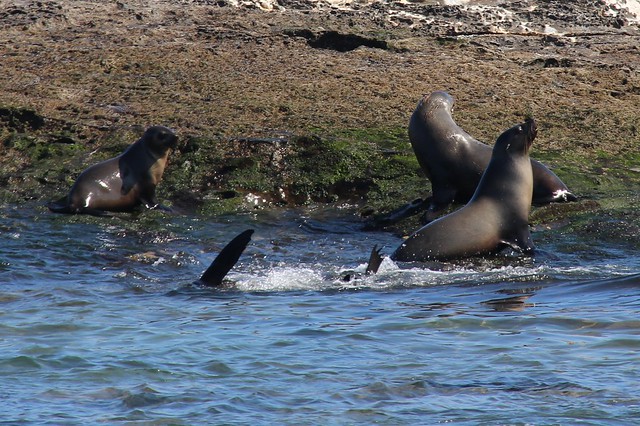 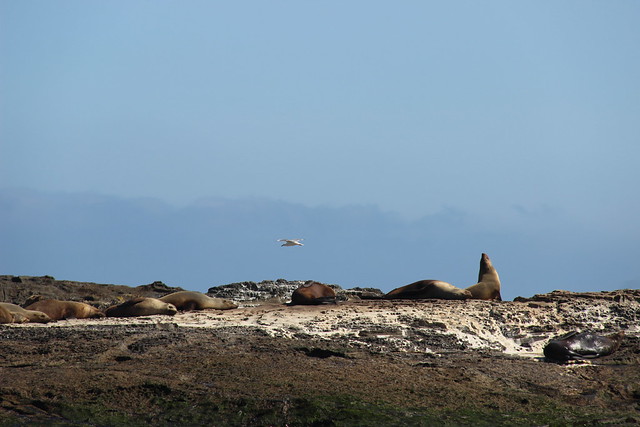 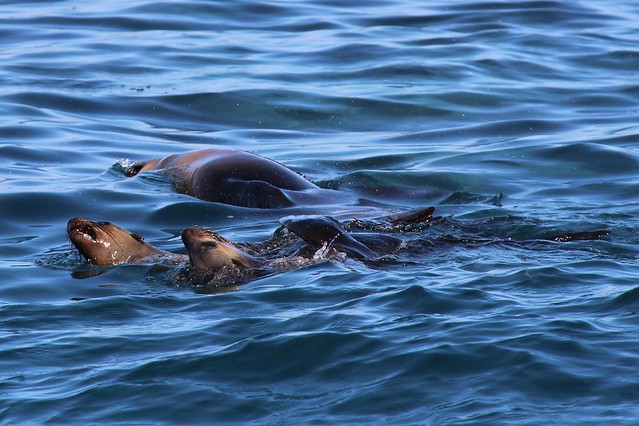 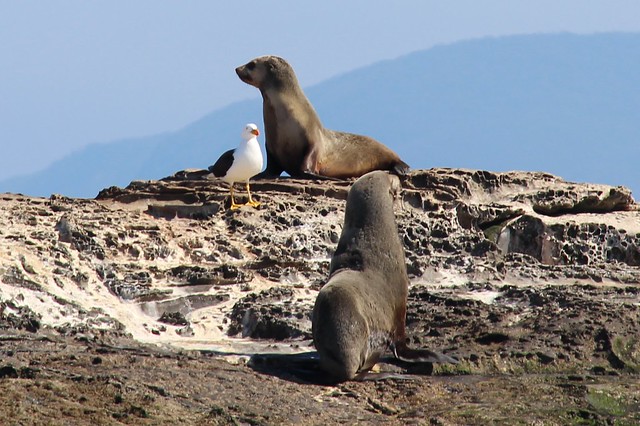 As I said earlier, one of the main reasons I wanted to do this tour was so I could see a kelp gull. It wasn’t quite at the ‘bogey bird’ level – I don’t go birding nearly often enough to have any of those yet. It was just something that I really wanted to see.

There is no logical reason. I love pacific gulls and made sure to photograph every one I saw on this trip, just in case one had the red tip on the lower beak. Then this guy (or girl) flew over.

Seth was the one to shout it first. “Kelp gull!” I looked at my photos. He was right. And this made up for a pretty icky holiday. (I was really sick with a cold and just wanted to stay in bed all day, but pushed myself to go exploring on the off chance I saw something new).

It was amazing. I didn’t learn anything about them but wow. I didn’t know that a slightly different bill could have such a profound impact on me. 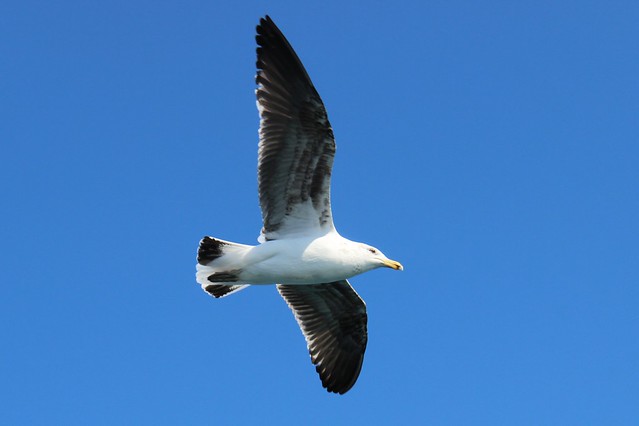 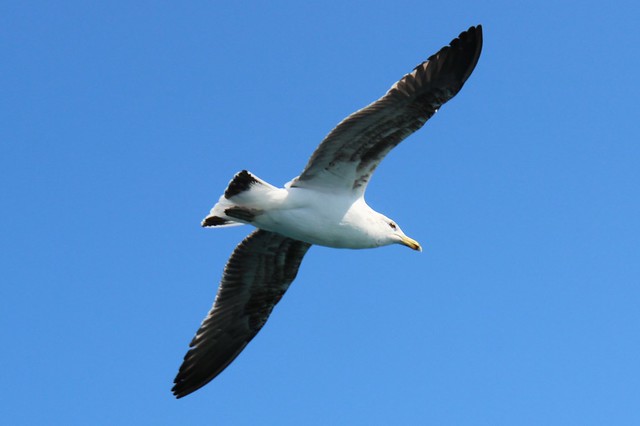 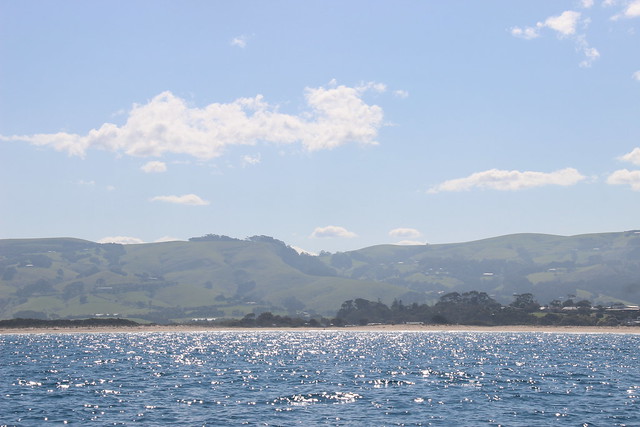 Sethy and I both left the trip with 2 new lifers – and amazing views of Apollo Bay. I really recommend this tour for those with kids. There are better run tours in other areas, but this is a great and affordable experience. I want to do it again.