This was my second visit to Lake Lorne. The first involved my boyfriend… and the realization that my boyfriend prefers places like Balyang, where the birds seemingly sit and pose for us. It’s actually a great place to take kids birding. The walk around the Lake is relaxing and, because it’s rural, has lots of opportunities to find bugs. It’s half way along the Bellarine Rail Trail, which is interesting if your young cohort loves trains. Plus the playground is awesome!

The first priority was taking a walk around the lake and seeing what was there. 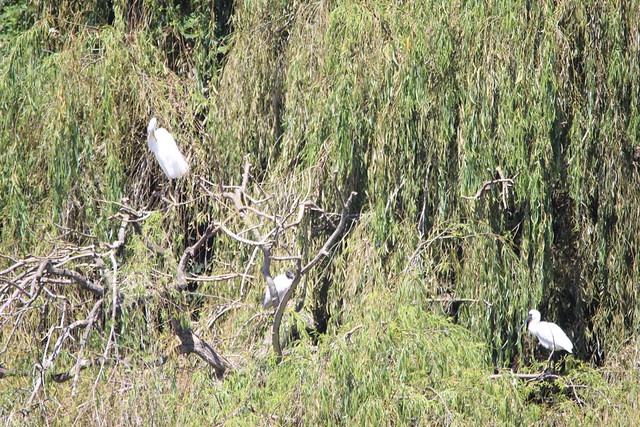 I’m all for seeing ibises and egrets, especially in flight. However I’d promised a four year old that we’d see a couple of new species. I looked every along the inner islands and couldn’t see anything. At this stage, I was starting to panic. We’d dipped on the blue billed at Jawbone before. I didn’t know how long he’d be okay for.

I was matter of fact. I said that I couldn’t see the ducks and that I didn’t know why. We’d walk around the lake and then go to the waterhole were I had seen the freckled before. There was still a good chance we would see other birds before we got there, though.

And see them we did! 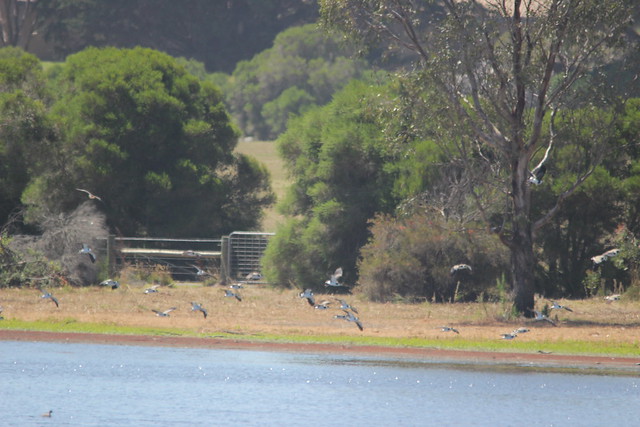 We accidentally flushed a flock of about 30 masked lapwings to a nearby paddock when we walked to close to them. There were a number of black winged stilts hanging out in that area. 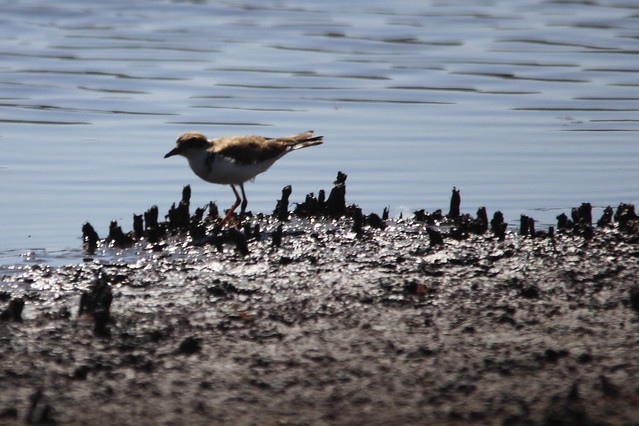 We saw what I’m assuming is a juvenile black kneed dotteral. 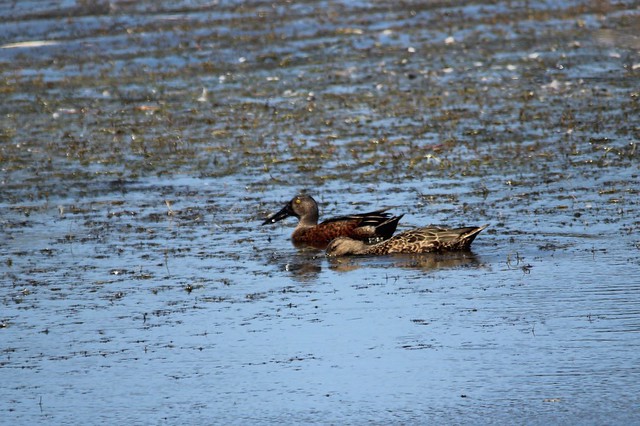 Plus a pair of Australasian shoveler! It was a lifer for Sethy and only the second time I had seen one. I was able to get a better view and make a much more confident ID. So keen to see a northern shoveler now. 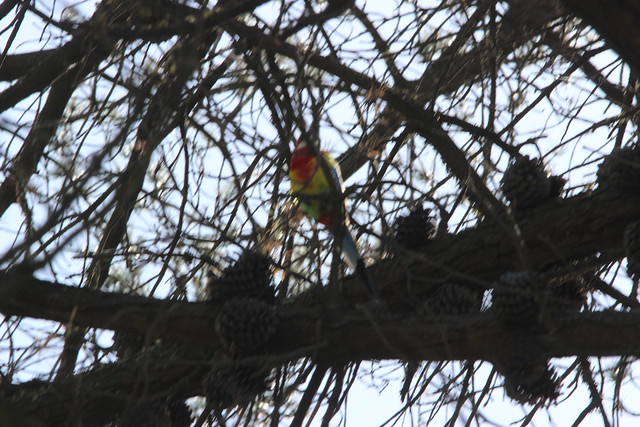 We saw a couple of Eastern Rosellas, which was lovely. I find there are more Easterns in that area of the Bellarine.

A random bug which I’m keen to ID 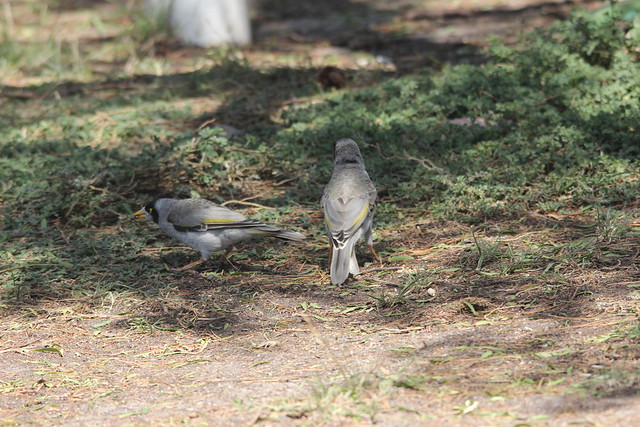 We also found numerous noisy miners, which Seth loved. Another lifer! He was fascinated them and loved their calls. I’m keen to teach him more about miners and show him other species, probably starting with the bell miner. One step at a time.

We took our time and walked over to the waterhole. It’s a short but really lovely walk. In one section we were surrounding by trees and it really felt like we were in a forest. We didn’t see anything in the main waterhole so settled down to watch the activity in the smaller one.

SUCCESS! There were numerous freckled down – and a juvenile hoary headed greet being fed by it’s parent. 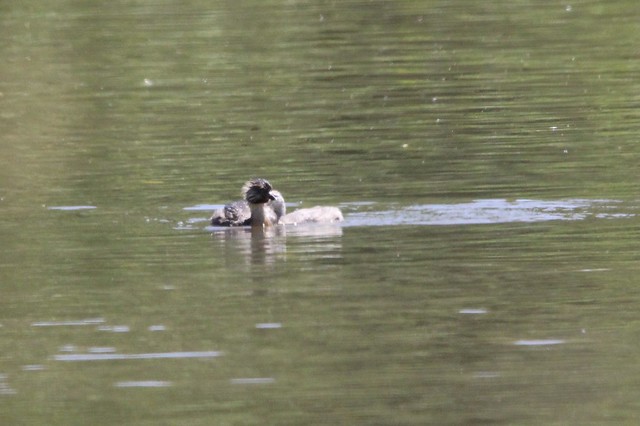 Seth loved it around here. There was a horse nearby that we got to get close to. We walked down a street, and some of the houses had farm stuff in their front years. It was a lovely escape from the city.

Now, I know we saw freckled ducks here. And at some point during the day we found a female blue billed duck. I just can’t really remember which photos are from where. So, in terms of ‘story, let’s just say that all photos from now on are from our return to Lake Lorne. If some look like they are from the waterhole, then blame my obsession with taking photos of everything. 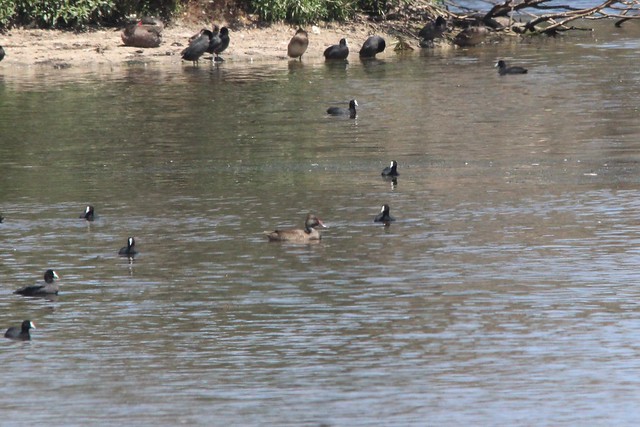 This is a photo of a male freckled duck. I was really interested in this photo because the bird had a crimson colour at the base of the bill. I’ve since learned that his happens during breading season.

The reason we didn’t see them earlier was because they were resting in dense cover for most of the morning. Many freckleds and pink eared ducks seemed to leave the cover when we returned around 1pm for some reason. 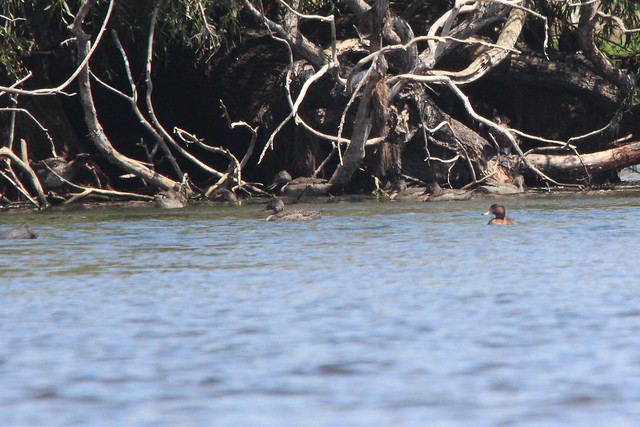 I love this shot because the duck at the back has its bill open and it looks adorable.

It was a bit of a difficult twitch. I’m comfortable going to new places by myself but there aren’t many tips about Lake Lorne online. I was flying blind with a 6 year old that asks a lot of questions. Fortunately it all worked out and we ended up learning a lot.

I’m starting to miss birding by myself. I tend to stick to familiar spots west of Melbourne when I’m adventuring with him. I’m very keen to visit places further afield and meet up with more birders. I’ve been so exhausted this past month that I only have energy for one adventure a week – and try to take Seth out once a week as it’s therapeutic for both of us.