I’ve noticed, over recent years, that snails have started to fascinate me. Seth and I had found a blueish snail after flooding at Balyang in 2016. We later learned that it was a pest species.

I haven’t found that many since. Mostly because I haven’t left the house much and when I have, snails haven’t been the priority. I do keep an eye out when at the Otways, especially after finding the Cystopelta slug last visit. 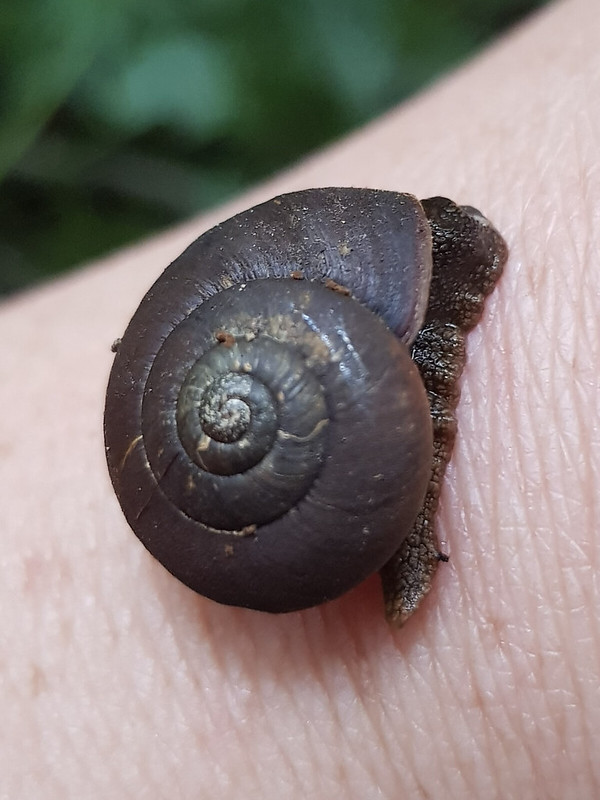 I was so excited when I found this snail. I thought I’d found the Otway black that eluding me for years. (Granted, I mostly visit in decent weather.) I put it online and it as quickly identified as Austrochloritis victoriae. At first, I was a bit disappointed. I then read that it was a fungus eating snail which I thought was pretty cool.

The Southern Hairy Red Snail (Austrochloritis victoriae) is a land snail found in areas of well-developed scrub and wet forest on King Island.  The species has a rounded, chubby-looking shell, usually with an orange to dark reddish brown colour, with a distinct sculpture (when seen under magnification) of thousands of tiny stubble-like bumps. Once believed extinct in Tasmania, the species was rediscovered on King Island in 1996 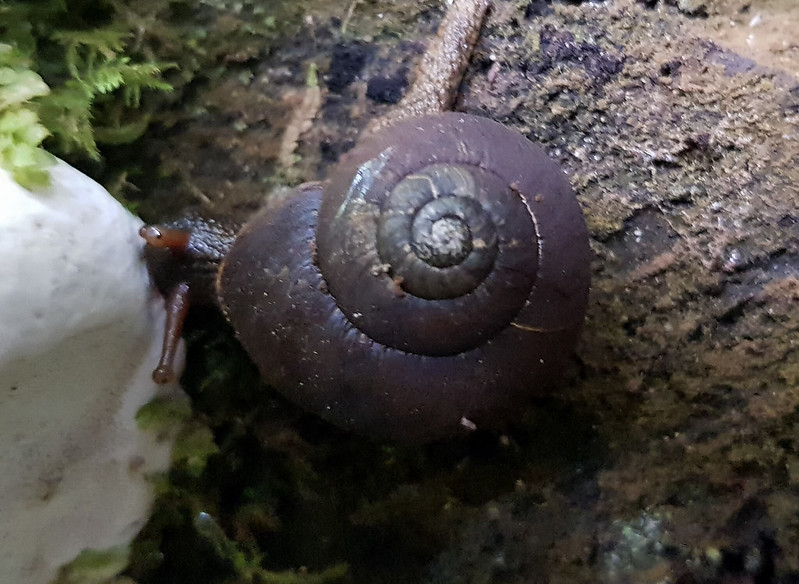 One of the people that helped in the facebook group, was interviewed in the brief article In search of hairy red snails. He said:

“When you look at it under the microscope the shell’s covered with little rows of stubbly like hairs,” he says.

“Often things like hairs and spikes on snail shells serve functions such as stopping dirt from sticking to the shell, or, in some cases, making dirt stick to the shell for camouflage purposes.”

He also added information about taxonomic changes, which proved useful when reading up on it:

Part of me wanted to go even nerdier but was struggling to find information online about anything snail related. It seems that there are useful websites for many other niches: dragonflies, butterflies etc. For snails, I end up with very little.

Fortunately, a friend pointed me to the digitized version of Field Guilde To The Non-Marine Molluscs of South Eastern Australia.

That book says the following about the family it belongs to:

The family is the dominant group in tropical Australia. While only thirteen species are present in South-eastern Australia, only one occurs in southern Victoria and King Island and none on the Tasmanian mainland.

The family is characterised by medium to large, solid, helicoid shells and the absence of a dart apparatus in the reproductive system.

From the section about the species:

A recent opinion by Bishop (pers. comm.) is that this species may be split into two or three separate species by anatomical features

I still have a lot to teach myself about the identifiable features of a snail but hey, I’m making progress! 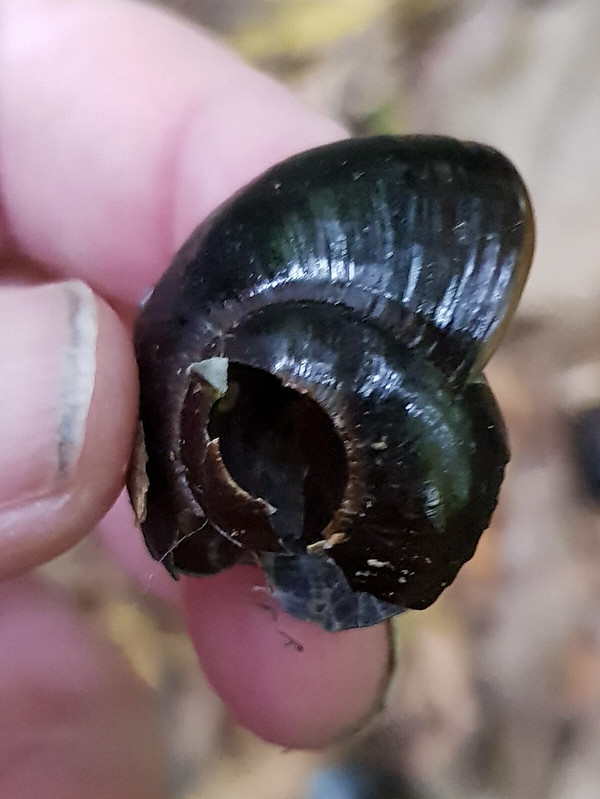 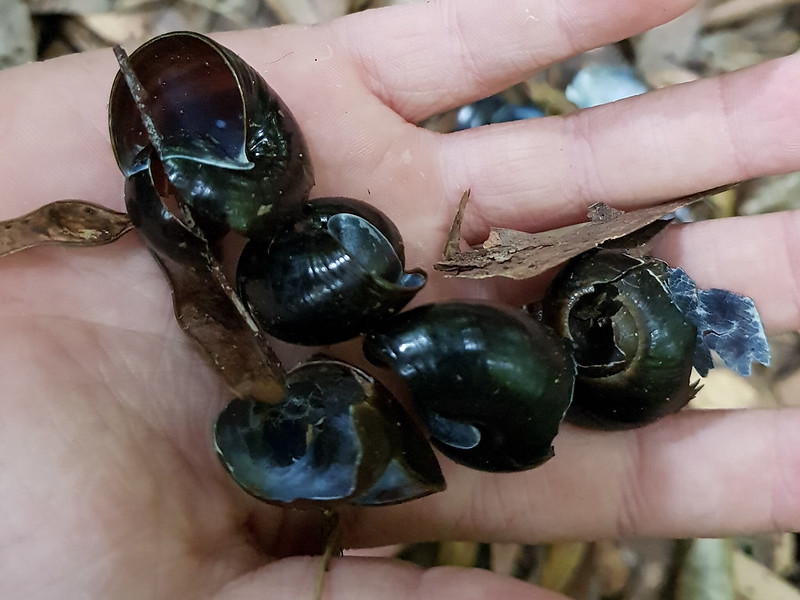 We did luck upon a collection of 20-30 Otway black snail shells in a covered area while walking back. I assumed a bowerbird collected them. We briefly saw one in the picnic area (female), and they were all together.

I’ve been told that both foxes and rats eat them. I’m not sure that they ate these ones, considering the placement. I was also told they feed on worms.

😀 Which means more work to do! I don’t recognize parts of my nerdiness anymore but hey, if I can contribute to science and get cool photos at the same time. 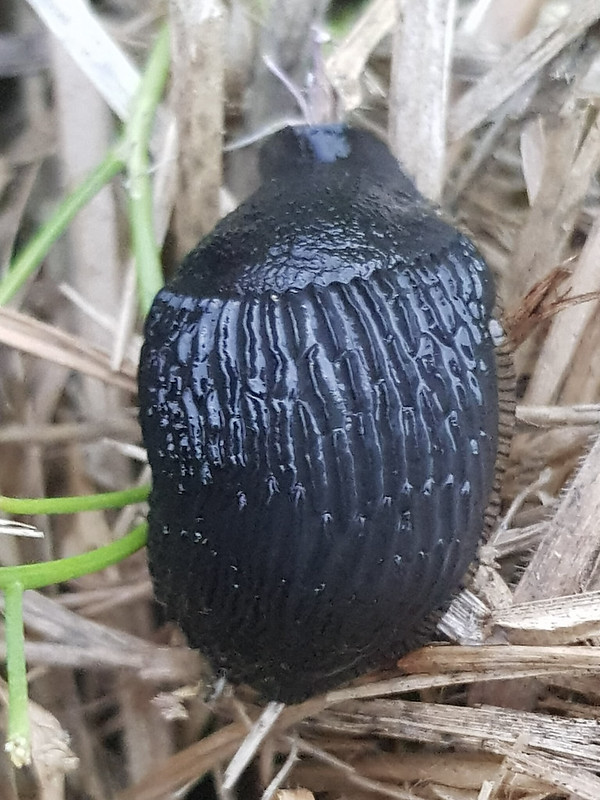 Thought I had something cool when photographing a sunset. Turned out to be the compellingly named black slug, arion ater. A pest that created a yucky mucus when I picked it up to touch it.