During my last visit, I’d noticed a lot more fungi and some interesting bugs in the area. I was very excited about this visit. We’d had some good luck with the rain, we were able to spend more time there this time so it had a lot of potential.

It struggled to live up to it. There was a lot more water in the damn, which was awesome. The cold and occasionally snowy weather hadn’t impacted on the fungi. It did impact on the bugs. We lifted up a lot of logs and only found the one. 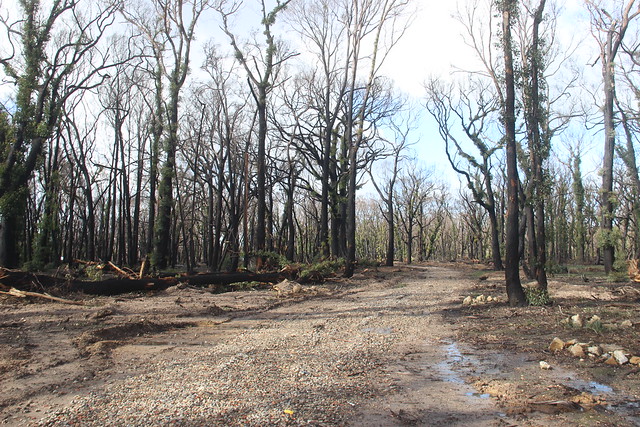 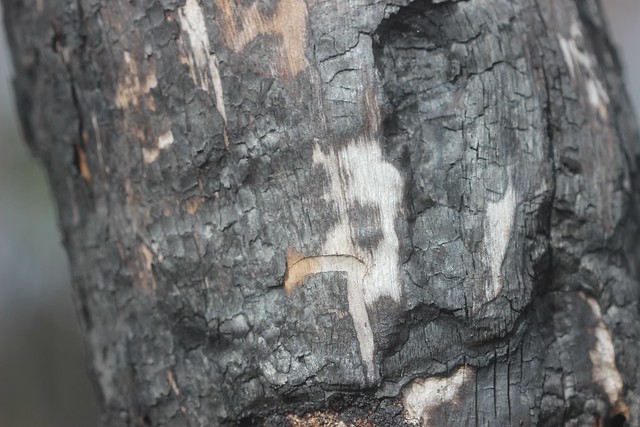 I took this because it looks like one of the spirits from a Studio Ghibli film. 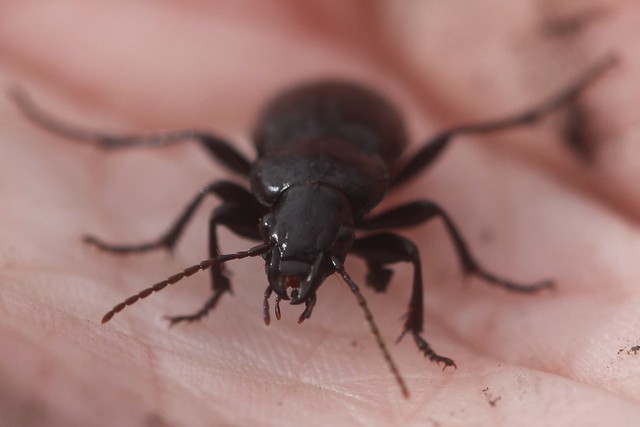 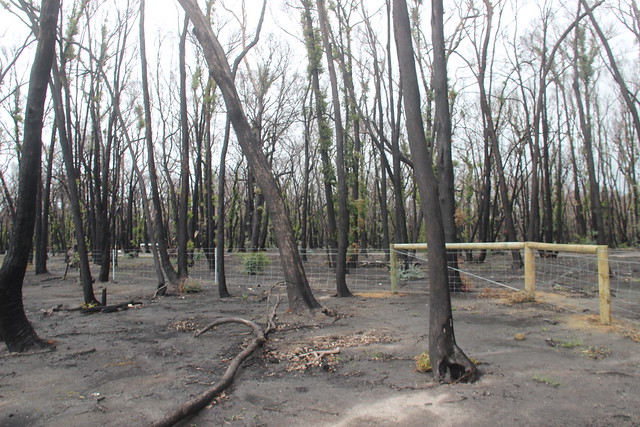 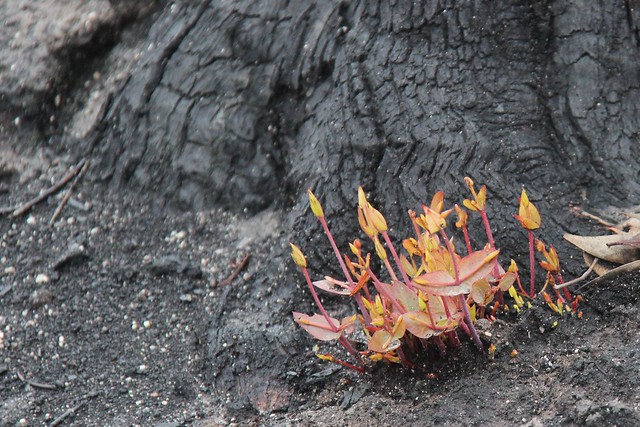 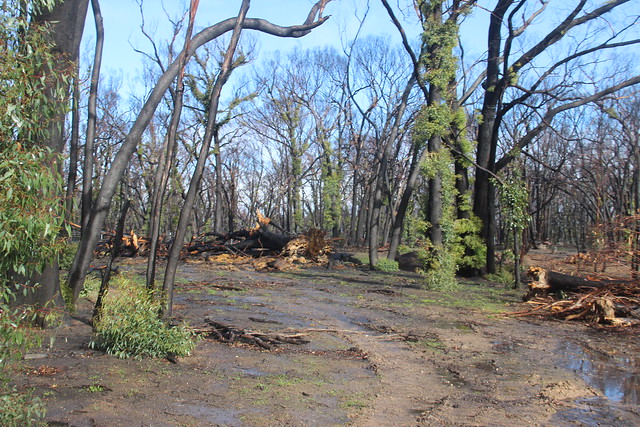 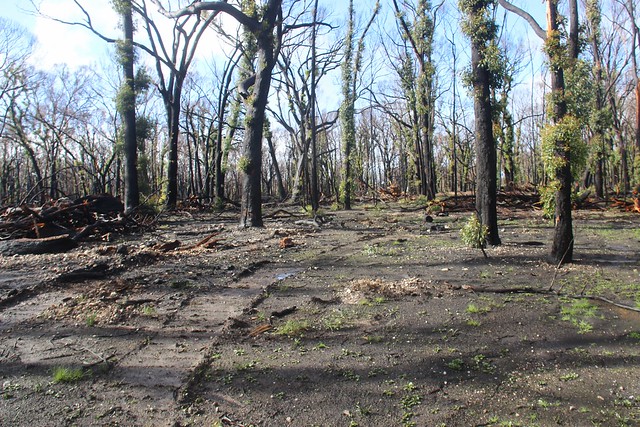 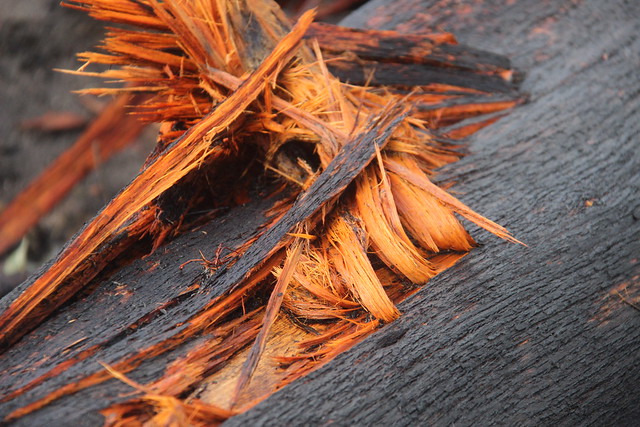 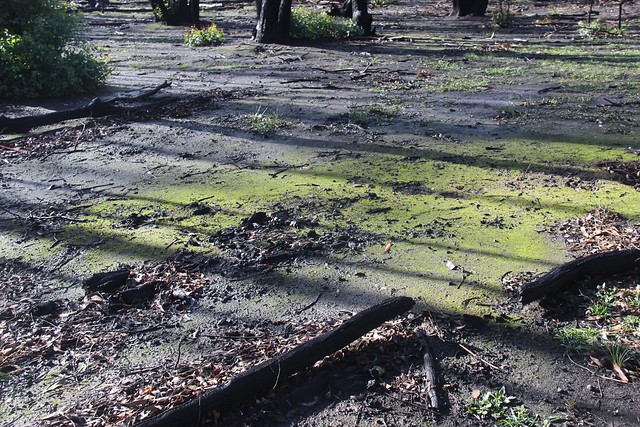 Moss on the ground, something I’ve never really paid attention to before. 🙂 Something else to explore! 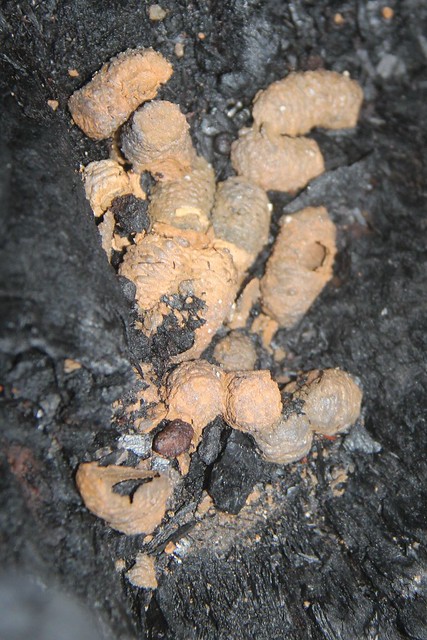 I’m not sure what this is. It was inside a tiny hollow in a tree. Perhaps a leftover insect casing? 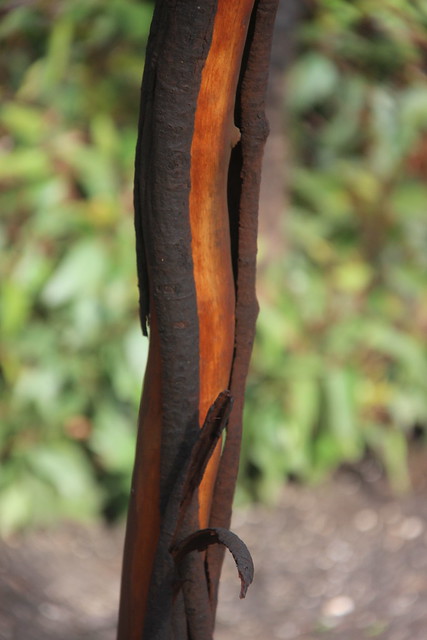 It rained a couple of times while we were up there so it led to some interesting sundew macro shots. They didn’t turn out as I’d hoped. Next time, I’ll try with smartphone photography. 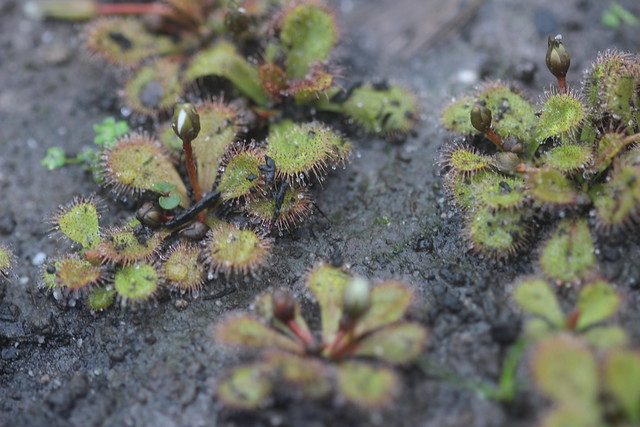 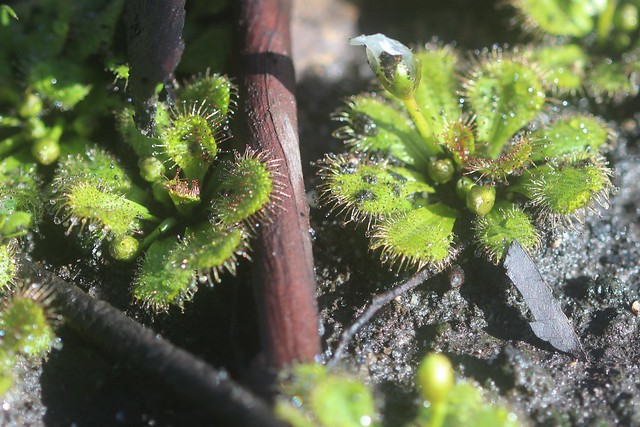 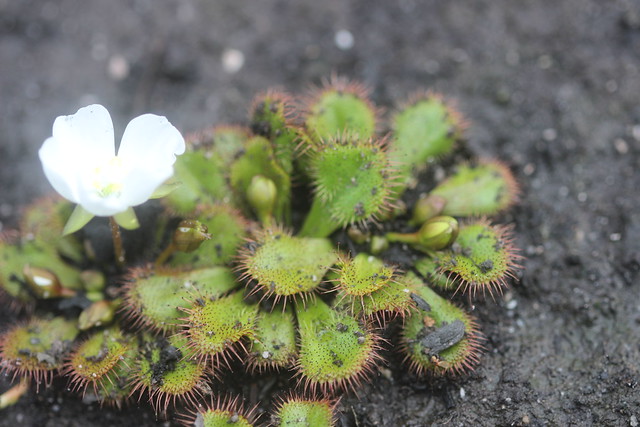 Last visit, I noticed the goodenia species. This time, I really wanted to focus on observing the plant species. I’m too overwhelmed to even try to ID them, but I can at least focus on trying to photograph anything different.

I have no idea what I’ve photographed nor whether the plants are good or weeds. I did notice what I’m thinking is bracken, I’m wondering if I should be pulling that out. If so, where do I put them? The neighbours aren’t doing this so it seems futile.

I also made sure to look for orchids and wander around the whole property this time. No luck, but friends have told me that some orchids are starting to flower at Enfield. 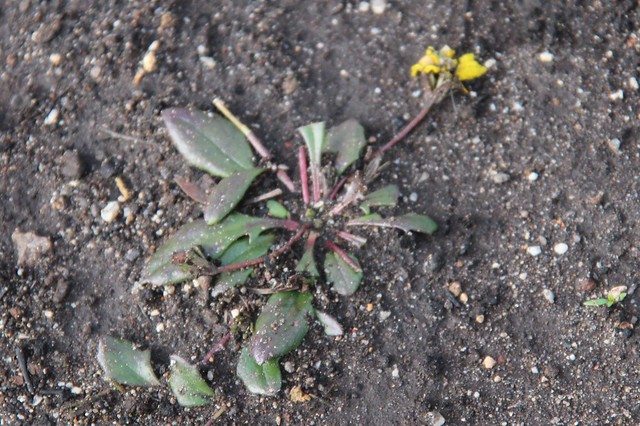 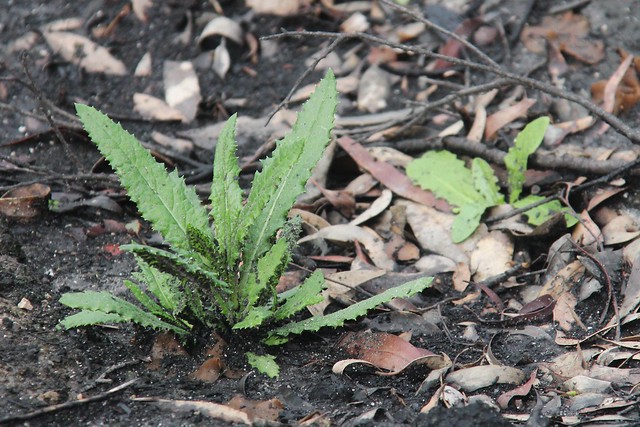 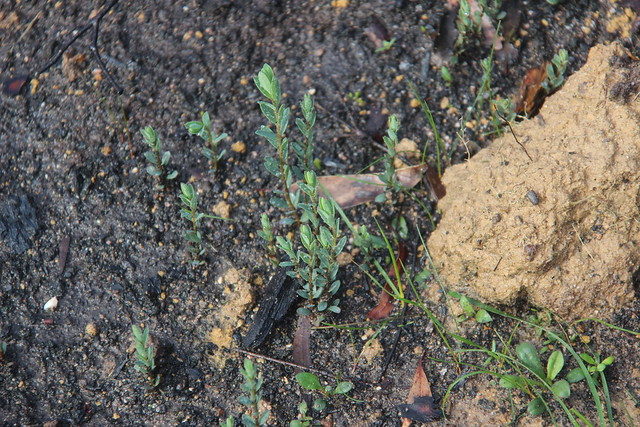 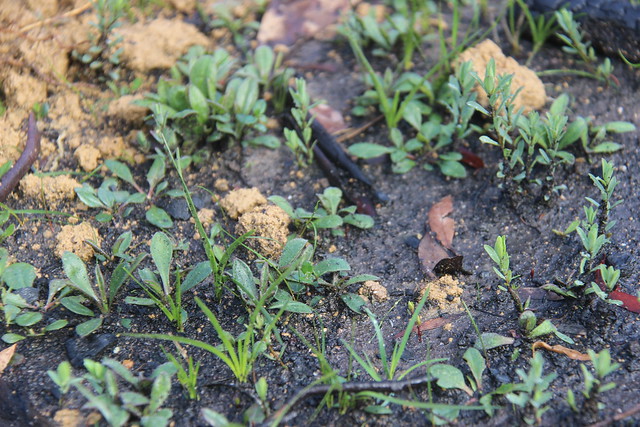 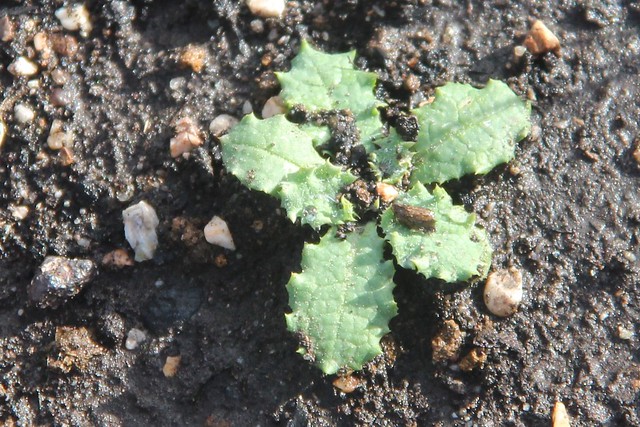 The fungi wasn’t anything new, but still worth photographing. Mum is getting a lot of use out of the book I lent her. 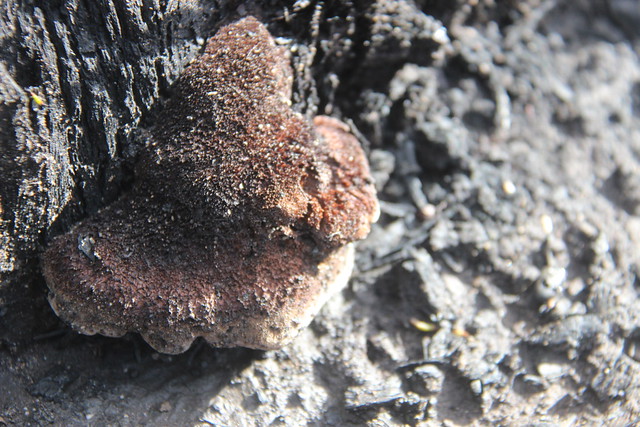 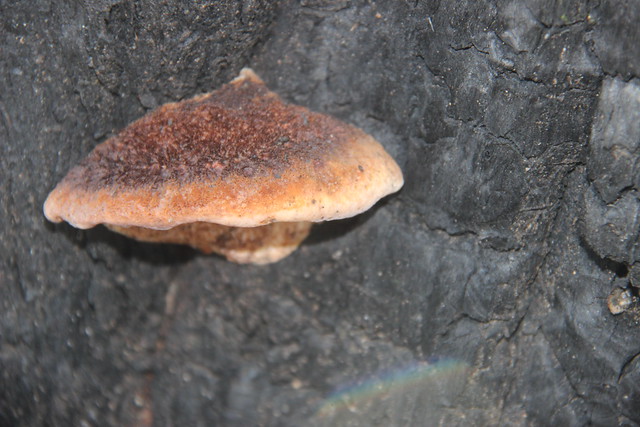 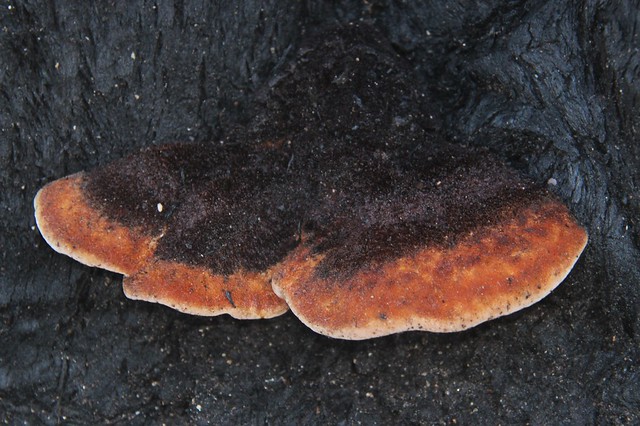 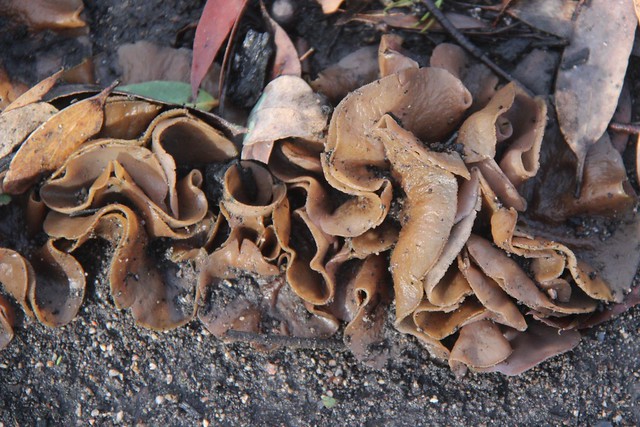 This post is light on words because sometimes, the bush changes very quickly. Sometimes it is slow. I still think the slower times are worth documenting, even if its just random photos.