Earlier this week, Glenn and and I made the trip to our reliable birding haunt. I had gone to Balyang a couple of times over the winter but there was very little to report.

Originally he was going to go by himself until I said “I’ll go too! It’s spring. Lots of mating and fighting going on!”

I love it when the seasons change. The bird behavior changes. Everyone is so territorial. It’s really fun to watch. 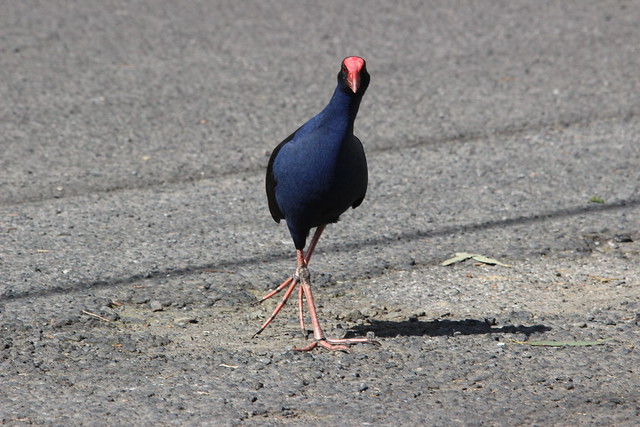 Glenn was enjoying photographing the swamphens. We both love capturing their their long toes.

But alas! Drama is afoot! 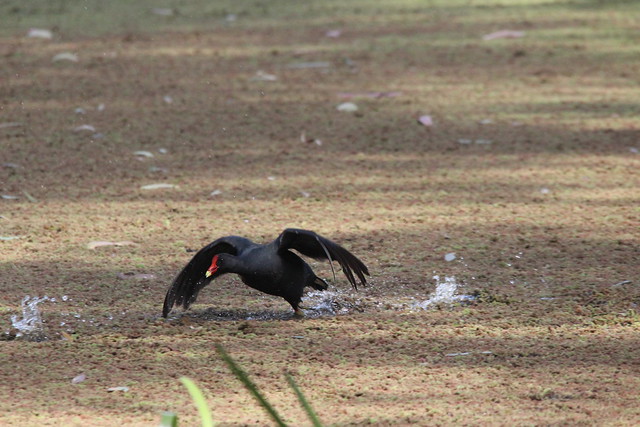 The dusky moorhens decided to get into a fight. While one was mounting another one. 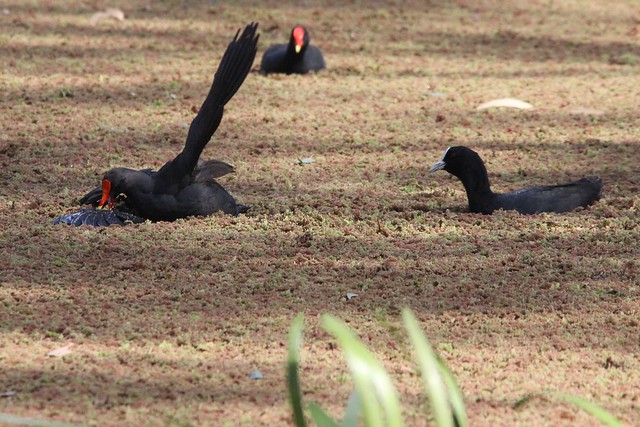 It was funny. There was another moorhen, and an eurasian coot just looking on. 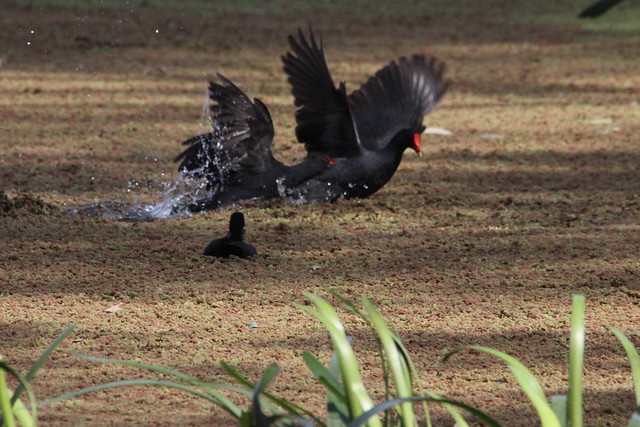 I was reading about their behaviour today. Apparently,

“During breeding season, the Dusky Moorhen forms breeding groups of two to seven birds, with all members defending territory, building nests and looking after young. The shallow platform nests are made of reeds and other water plants over water, among reeds or on floating platforms in open water. Two or more females will lay their eggs in the same nest and all members of the group help to incubate the eggs and feed the young”

via Birds in Backyards 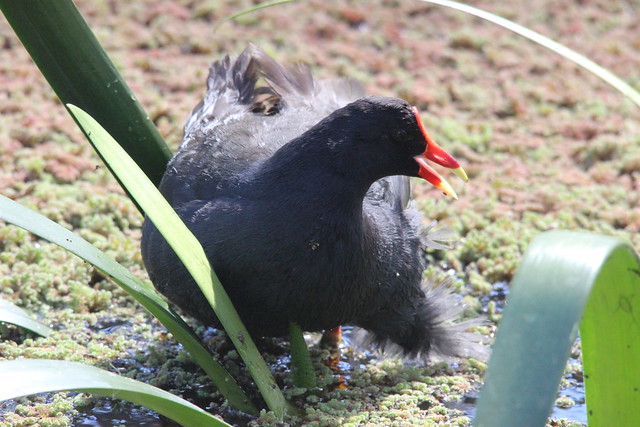 The water levels had definitely risen. Glenn got some really fantastic shots. 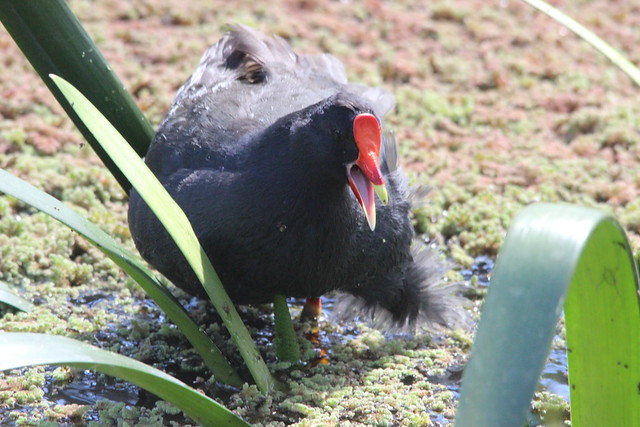 He has an obsession with trying to get photos of them while their mouth is open. 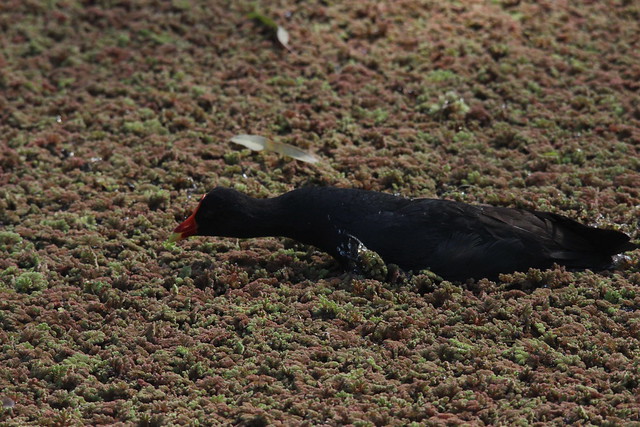 I love this one. I noticed they were walking through the water instead of swimming.

I noticed these two behaving coyly when I turned around. “Glenn! They’re fucking!” 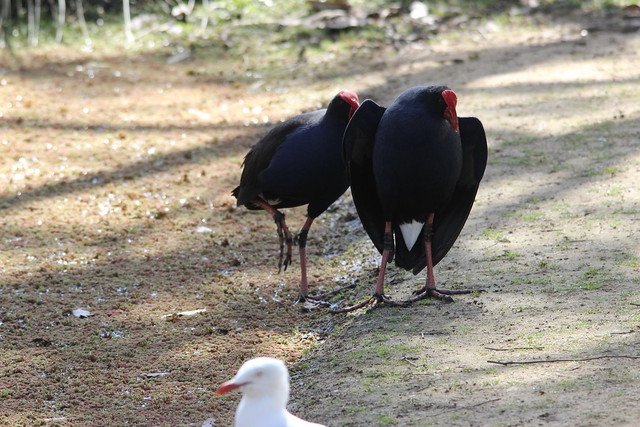 I don’t know why I found it so fascinating. It was the females behaviour that intrigued me. She was submissive, wings out and head bowed before he got there. 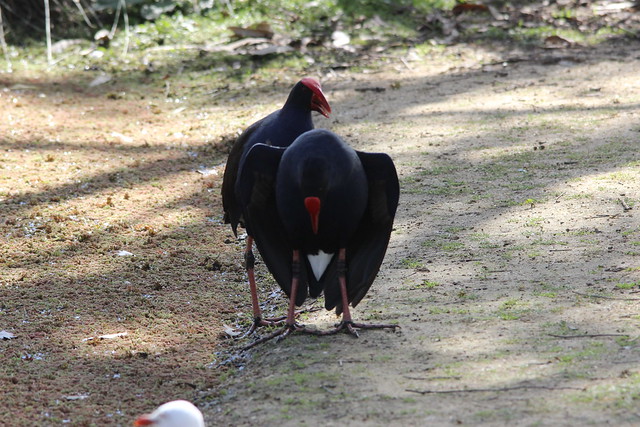 I also love the shapes of birds in general. With her wings out like this, she looked so beautiful. 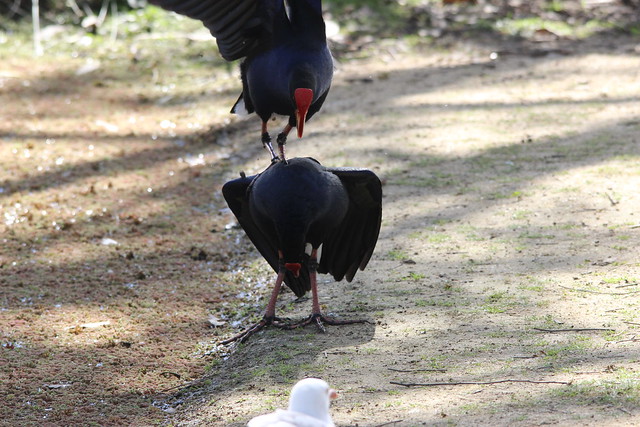 I don’t know if any babies were made because it was a brief and torrid affair. 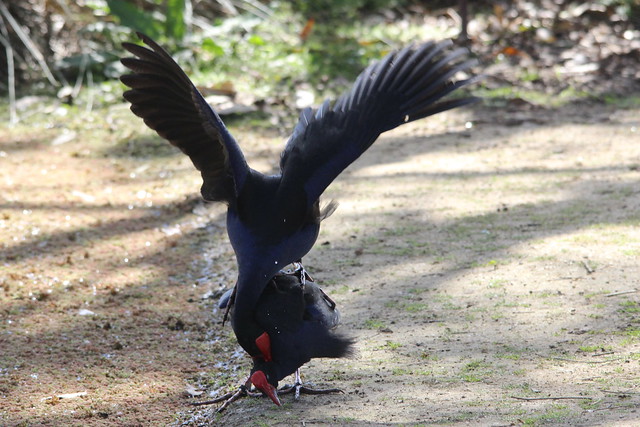 These were just some of the photos we captured. It was a fantastic day for bird photography. Glenn has really developed an instinct for knowing when a bird is about to do something interesting.