Last weekend, I went to the Gold Coast for work. It’s a bit weird saying I’ve gone anywhere for work. Especially when you’ve been out of the workforce for 8 months.

Regardless, I was at RACV Royal Pines in Benowa for the yearly Problogger Conference. I was there to live tweet so only had a small amount of time to actually explore. I did my research in advance and realized that the resort was just a short walk from the botanic gardens.

Even better, intermediate egrets (the bastards) were known to frequent there.

I woke up early on the Sunday. I was exhausted and even considered skipping the adventure and sleeping in. I’d spoken the Glenn the night before about my sheer exhaustion and he said to just go. “You’d regret it if you didn’t.”

So, shortly after 8am, I mosied down to reception and called a taxi to the hotel. 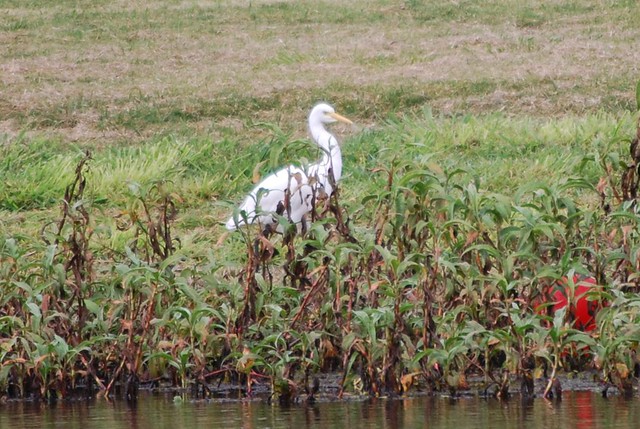 I’ll get straight to the point. I did see an intermediate egret. Despite all my efforts, I still struggle with telling them apart. I logically know they are rare in Victoria but want to be accurate with all my reports. So, I always double check with questionable egrets. And they are always great ones.

Which is fine. It’s just led me to the conclusion that egrets are stupid, confusing, and I never have to worry about trying to ID one again 🙂 I can be such a cantankerous birder at times.

I posted this on Facebook as soon as I got to the hotel. I was rude while hanging out with friends but I quickly got the answer. Yes, I was right. The primary way of telling is that the bill is shorter and thicker. 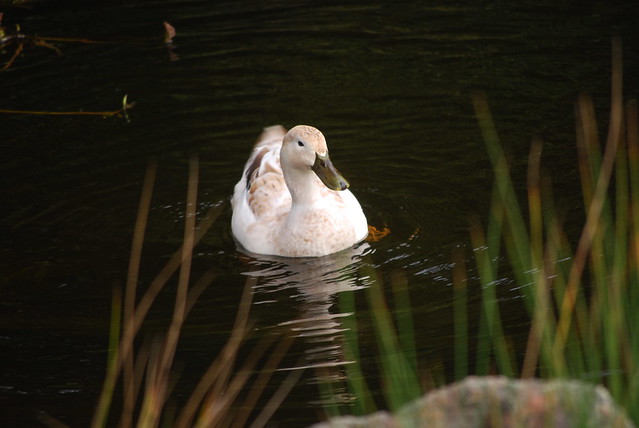 Back to the original story. The taxi driver there was really lovely and helpful, explaining that he had gone there a lot and it was a lovely place. The first impressions were really lovely. It felt like a much larger version of Balyang in Geelong, but a lot prettier. There were lots of boardwalks over the feature lake so I spent a lot of time on that. It was a bit confusing walking around at first as I didn’t know what was part of the gardens or not, especially as it was so close to a main road.

You can get a map and lots of interesting brochures from the visitors centre. Once you know where it is 😉 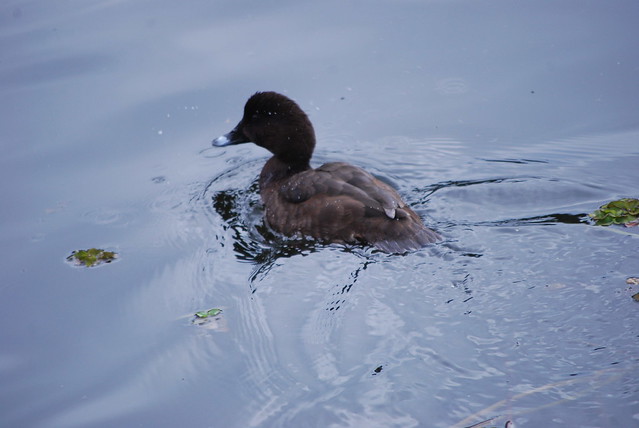 There was a decent amount of hard headed ducks, which I loved. I don’t see them nearly enough around here. It’s always teals, or one of the more rarer ones. I could have spent a lot longer photographing them if I had the time. 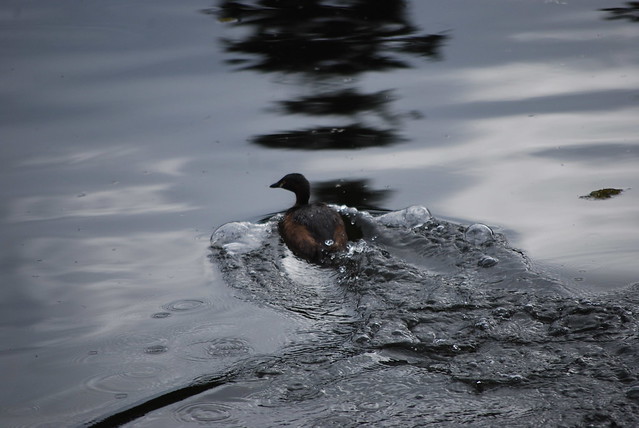 There was also a solid number of Australasian grebes. Which was awesome, as I love them. They were a bit skittish though. I really wish I had the canon, with the zoom lens, instead of the Nikon as most of my photos from this day turned out pretty mediocre. I was impressed with the above one though. 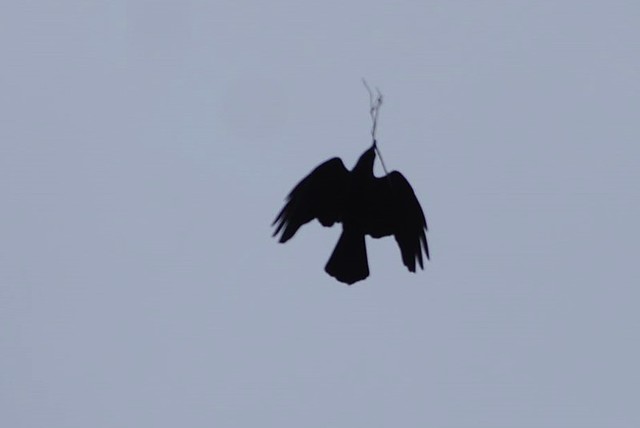 On the first they I was there I posted that the ravens sounded different. I was told they were probably Torresian Crows, another lifer. I still don’t know the difference between ravens and crows. I only said raven because I always refer to the ones down here as crows.

It was a good learning experience though. 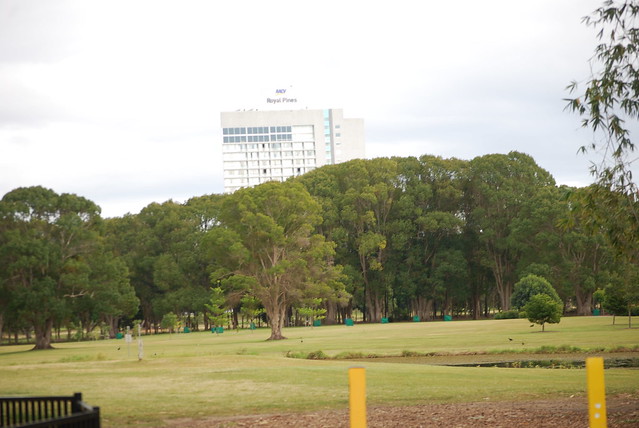 It probably would have been easy enough to just walk from the hotel to the gardens. I was having a lazy, exhausted day though. 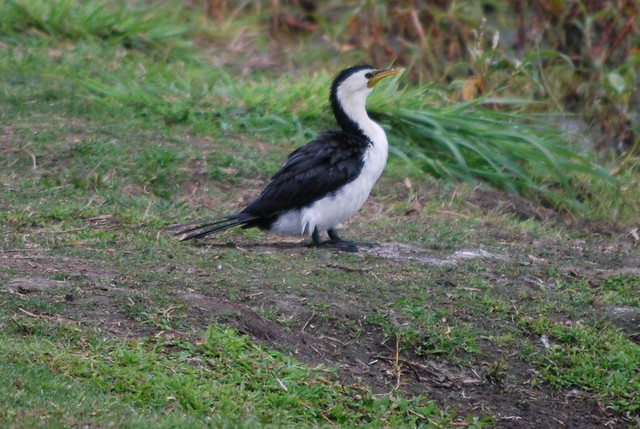 A cormorant. Because it’s cute. 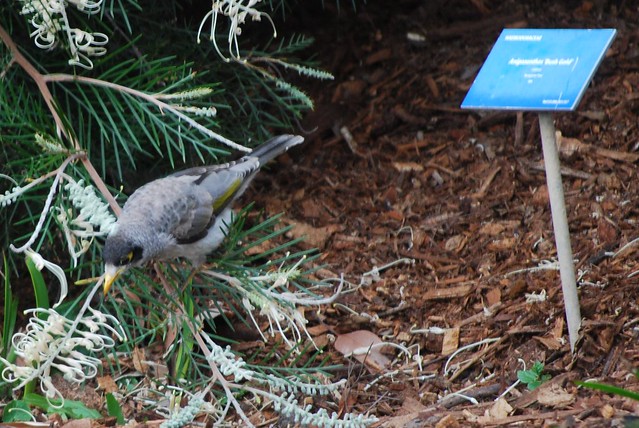 Noisy miners were EVERYWHERE. Which was fun for me, as I don’t often see them around suburban Geelong 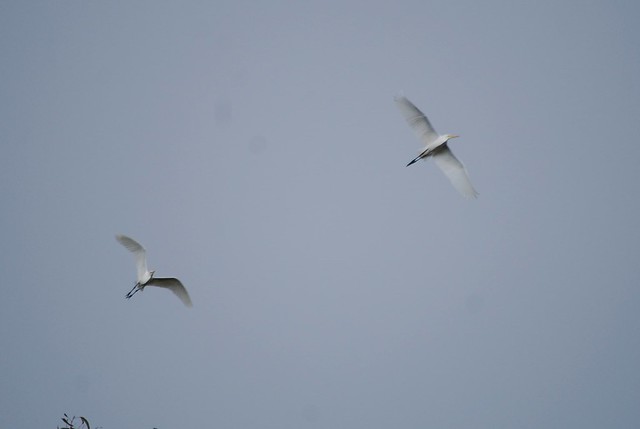 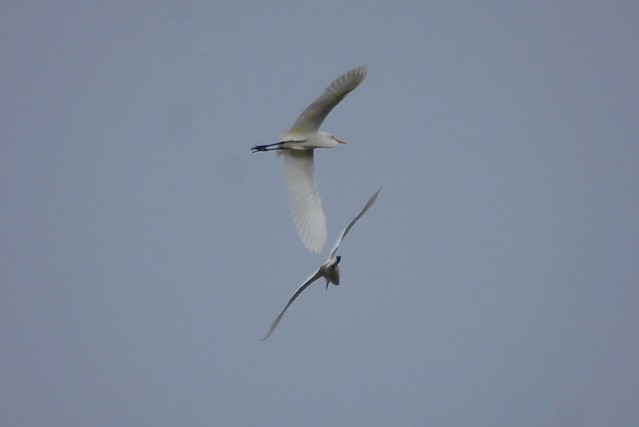 I initially thought the above birds were little egrets but after reading the ‘wildlife of the Gold Coast’ book I picked up for 5 bucks, I’m leaning towards intermediate. Simple because of the black bill and yellow legs. I really don’t have any idea, I thought they were too small. Regardless, was lovely to get a closer look at them. 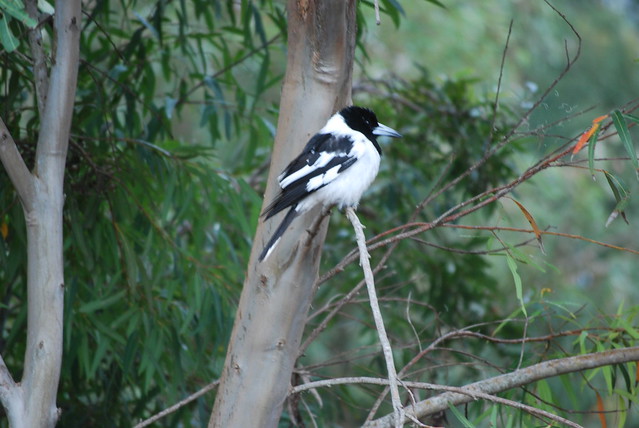 Butcherbird. I did see a juvenile and assumed it was another species because I am that clever. As you’ll see below, I also got photos of any signs I saw. 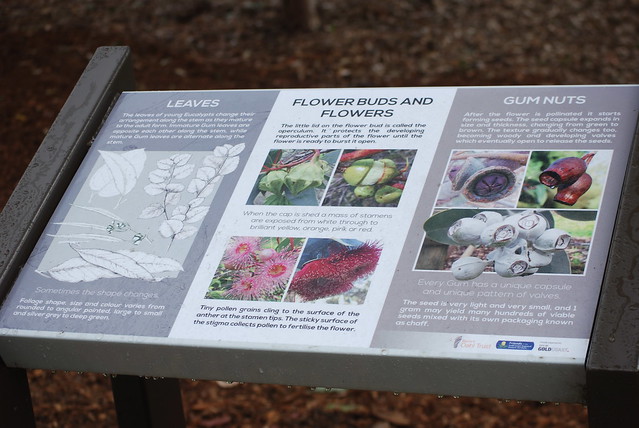 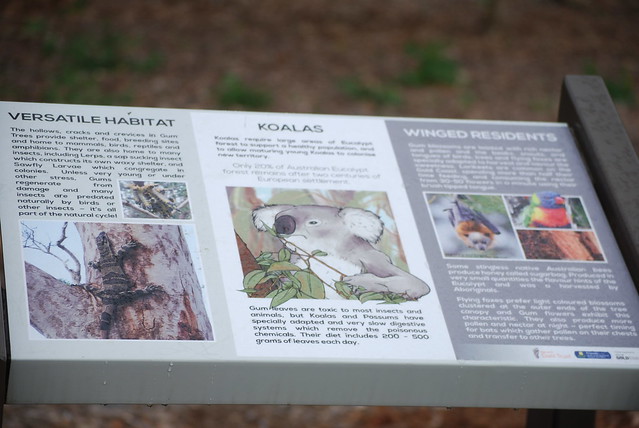 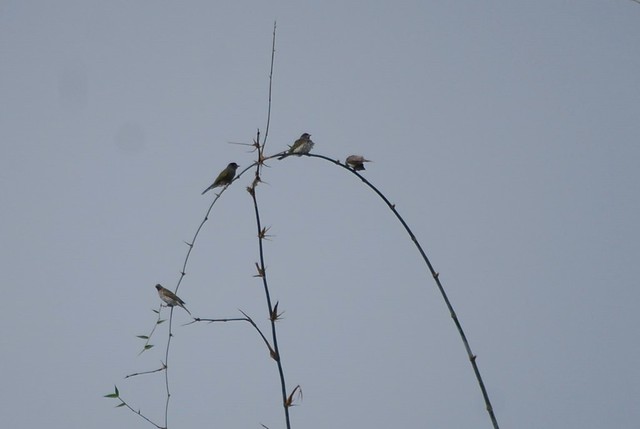 I took the above photo thinking that there was a magpie with some noisy miners on the branch. It was a fair distance away and I didn’t have any binoculars with me. I took the photo, and immediately uploaded it when back at the hotel.

Turns out there are three Australian figbirds on there! I feel like less of a moron when I learned that because my initial hunch was an oriole of some sort, and they were on the same page in the field guide. I’m still picking stuff up even though I stick to a small area.

I now know that I also saw one of these at the shopping centre in Benowa. I dismissed it as a Bell Miner because it was a flash of yellow with a bit of red near the eye. I thought the red was unusual but I couldn’t get a better view as the tree was in the middle of a car park and I was waiting for a return taxi. I was so excited to read it was a figbird. I know nothing about their behaviour, other then that they are common on the Gold Coast. It was cool to see. 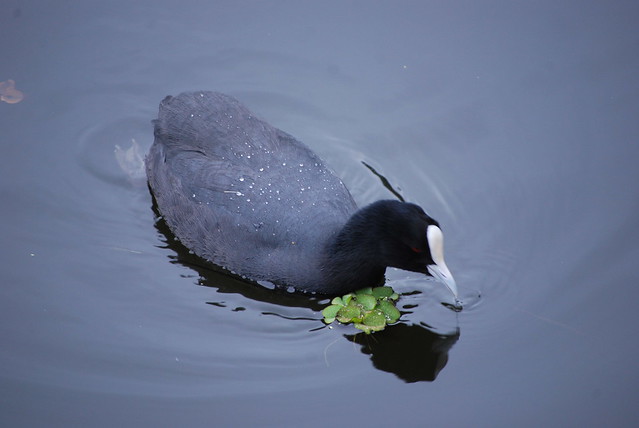 A coot. I just liked the colours. 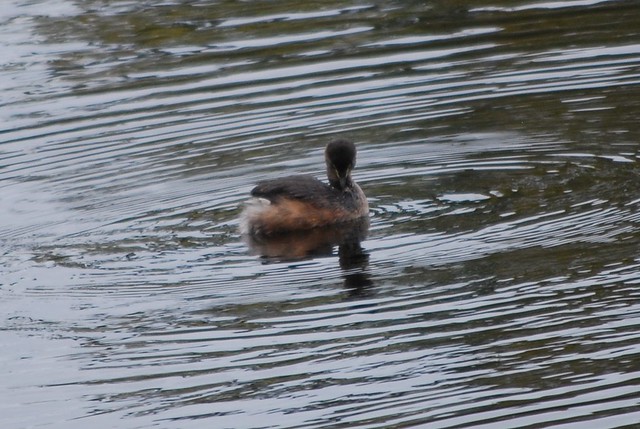 Another of the grebe. I’m hankering for breeding season, I really want to get photos of grebes carrying birds on their backs. I’ll probably put the call out on Facebook and check some of my favourite haunts – especially the stormwater pond at Eastern Park – to see if people see any. Do hoary headed grebes show this behaviour?

The remaining photos are generic birds you get in the area. It is a really beautiful place. It shouldn’t be too high on the birding bucket list, are there are much better places to see birds in the area. It is still a lovely place just to sit for hours and practice photography. I could see myself spending days here as you can get really clear views of the birds. On the Sunday there was a lot of kids which made some of the birds skittish. 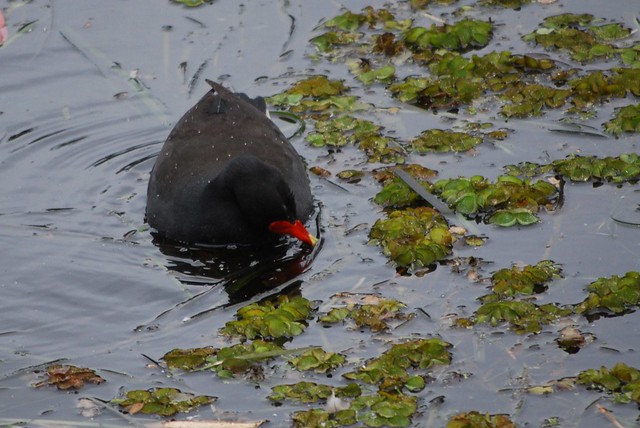 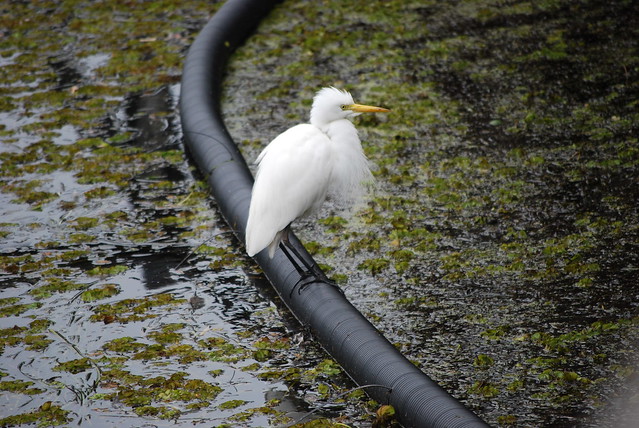 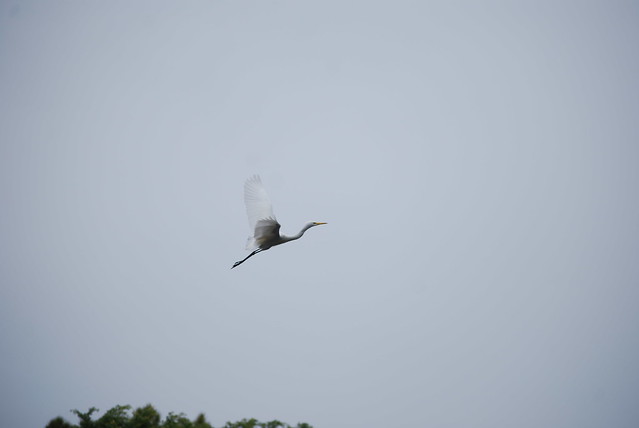 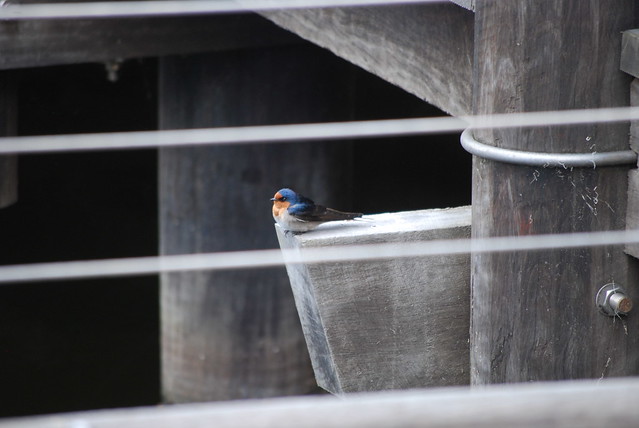 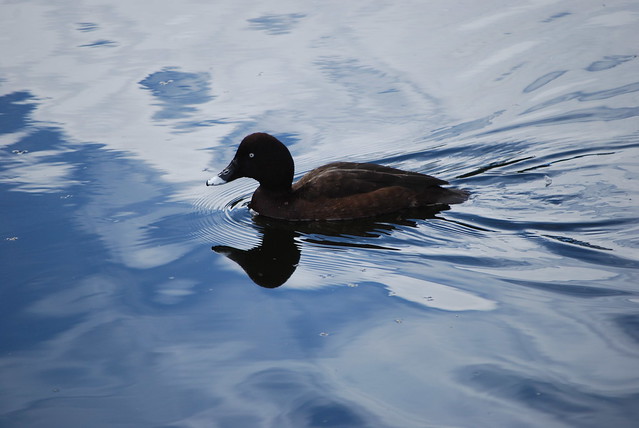 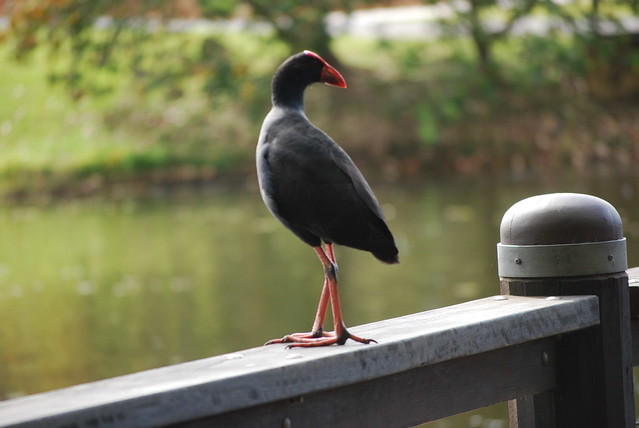 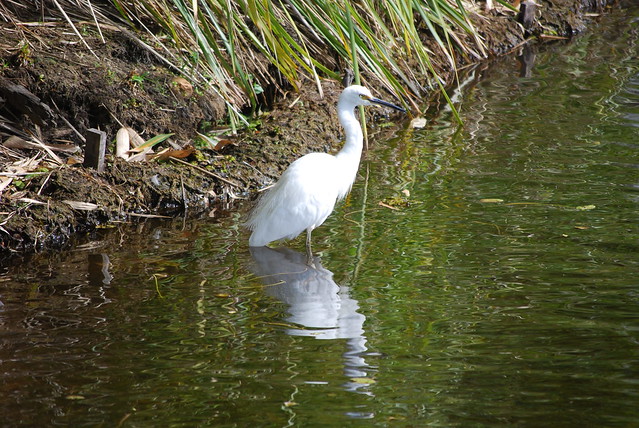 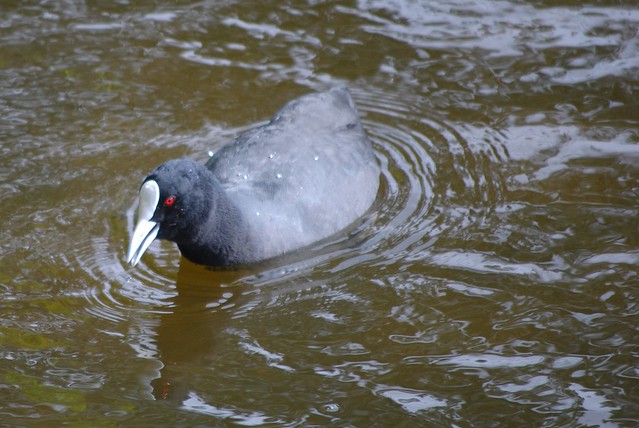 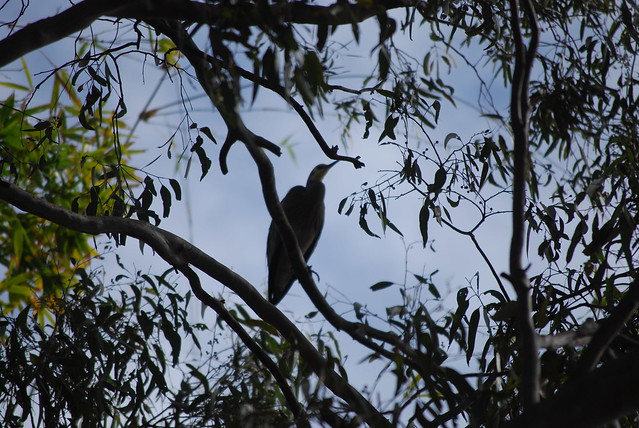 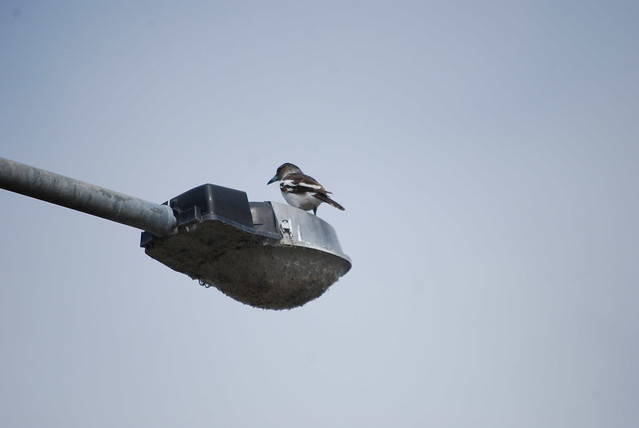 I’m very keen to return to the Gold Coast, and Queensland in general, to do some more wildlife adventuring. It truly is a magic place. A couple of days just doesn’t do it justice.