Last night, a bunch of my birding friends went birding in the Western Suburbs of Melbourne. There was no way I could go at such short notice. I watched their adventures from afar and was super jealous when they found a large number of barn owls on Beach Rd.

I was fine with missing out but then my friend Carolyn messaged me this morning asking if I wanted to go looking for the barn owls tonight! She had gone with the others last night, but left after seeing the boobook at Eynesbury. The others stayed out until after midnight.

The following photos show their plumage and markings. I think they are so beautiful. 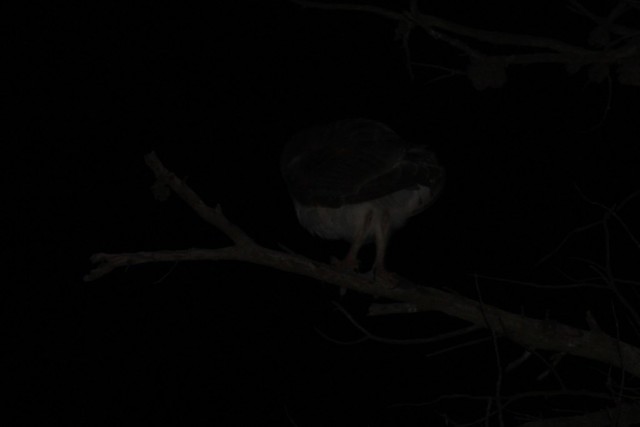 The back of the bird. This angle will come in useful if I see just the butt poking out from a tree. 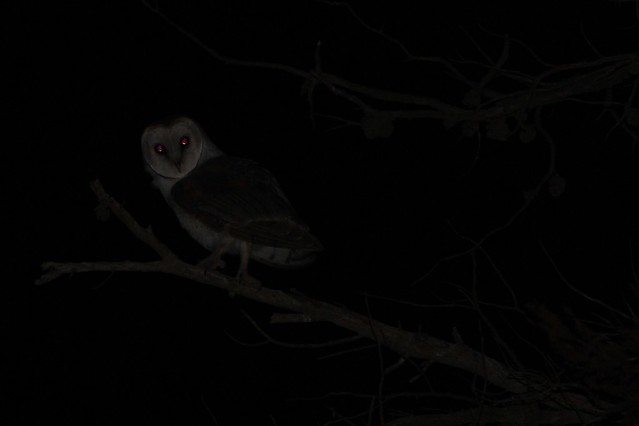 Here, you can see the colours on the wings. 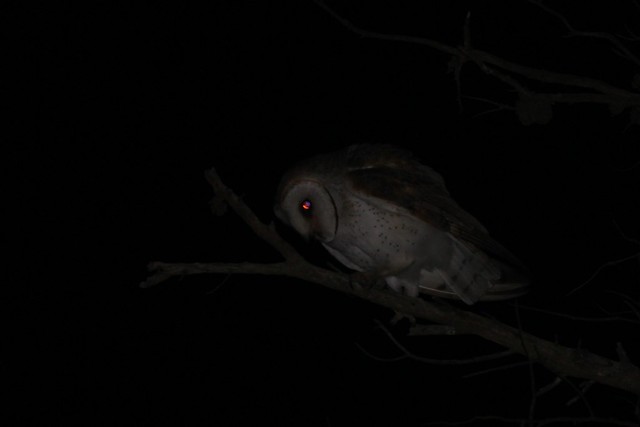 A clear side on angle which shows barring? on the tail and spots on the chest. 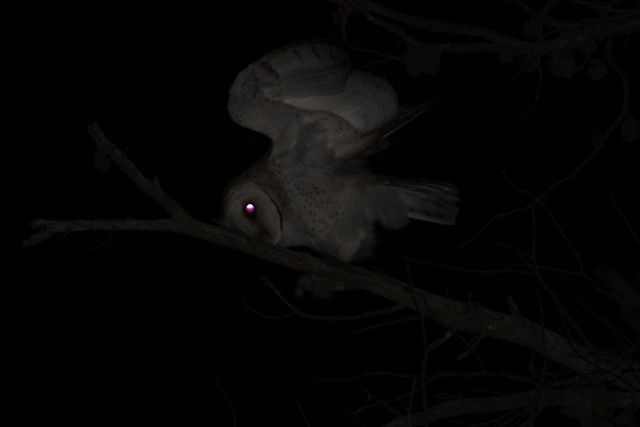 Under the wings. Note both bars and spots. 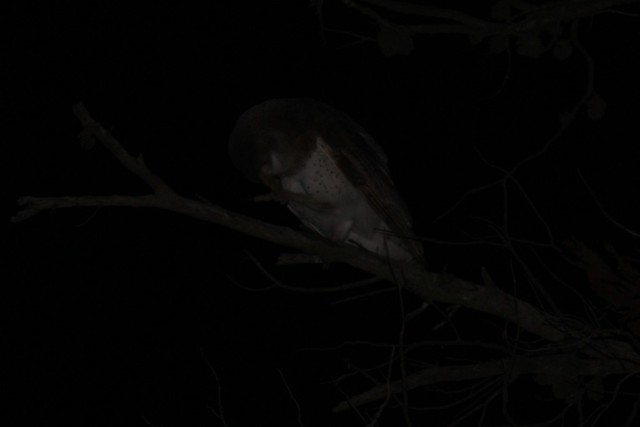 Having a scratch, which is adorable. I was thankful to Carolyn for lending me her binoculars. 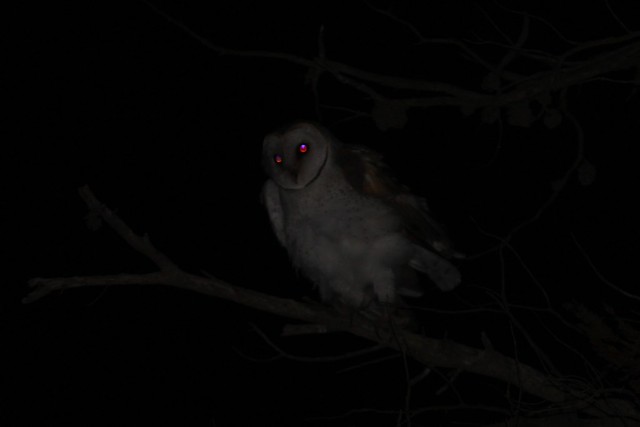 Fluffing up the features. The sounds my camera lens was making, as well as the flash of the camera, was annoying him at this point. 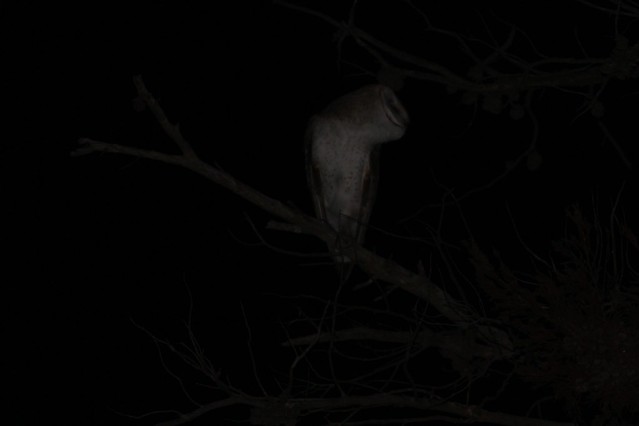 Turning his head. It looks magnificent.

These photos are mediocre. I had the medium lens with me, the 55-300. I thought the birds would be a lot lower then they were.

They were in a series of pines on Beach Rd, right near the top. We got there just after dark and saw a couple of owls flying over but couldn’t get a definite Id, Suspect one was a boobook.

We walked back to the car, around 6.45. There was one above the car! Another flew in. One would circle around the tree only to land again. I’m not sure what this behaviour is for, nor whether they often stay in trees in groups.

They seemed to handle the torch okay. Suspect the camera disturbed them but my friends had gotten photos the night before and said that it didn’t annoy them. Their photos were significantly better then mine. Carolyn pointed out that this could be due to the number of torches on them. They probably didn’t have their cameras on auto, either.

Mine struggled to focus. My telephoto lens would have definitely been more practical in this setting. I also think a tripod could have been more helpful as slow shutter speed didn’t help.

There isn’t that much else to say. It was so brilliant seeing them. We could only do a quick visit, as Carolyn was leaving for a birding trip. I would love to have observed them for longer because they are really interesting birds. I have little knowledge about owls. I’m so excited to learn more about them.

They are a bird that is apparently very hit and miss. There can be a lot one night and a week later, there can be very few.

Super thankful for this trip – and most of the other ones I’ve done recently. They’ve been very therapeutic and have given me a great starting point to do more research.