One of the highlights of the Point Danger experience was seeing the cape gannets. I try not to be lifer obsessed but… gannets. Yes, there would be opportunities to see them in the future and I could have seen one while combining a trip with a pelagic. Gannets take away all logic with me though.

Melanie did a brilliant job of helping us find the cape pair but despite her best efforts, I struggled to see it. Here is an explanation of how to tell the difference.

This bird was on the nest, so we couldn’t clearly see the gular strip. I couldn’t see the iris difference using just my lens. Fortunately, a new friend helped me see the eye up close. I may have done a little dance then because I was so excited.

There are only a few species of birds that get me really excited. Parrots. Kelp gulls. Gannets. I’m besotted. I took about 1600 photos in one hour to make sure I captured the birds and, fortunately, I did. 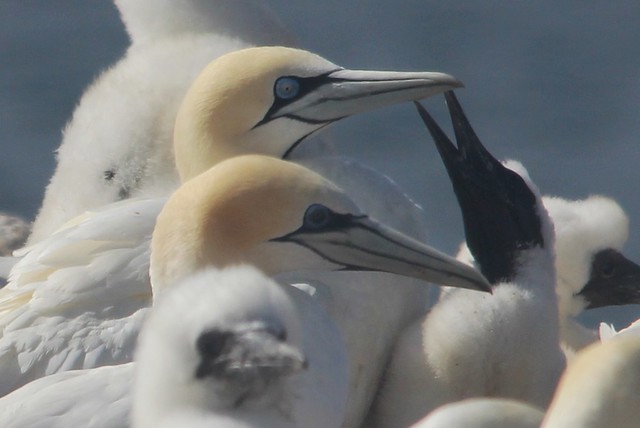 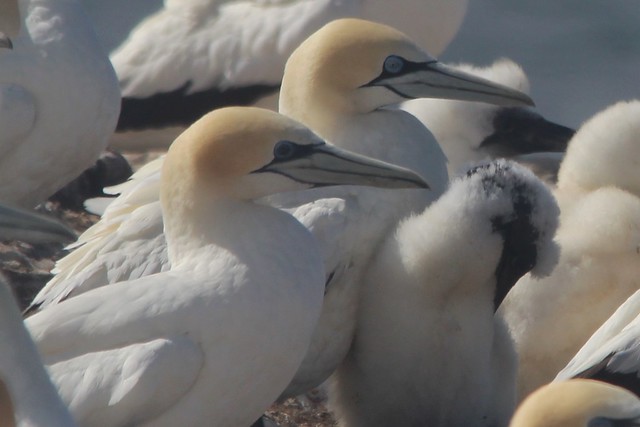 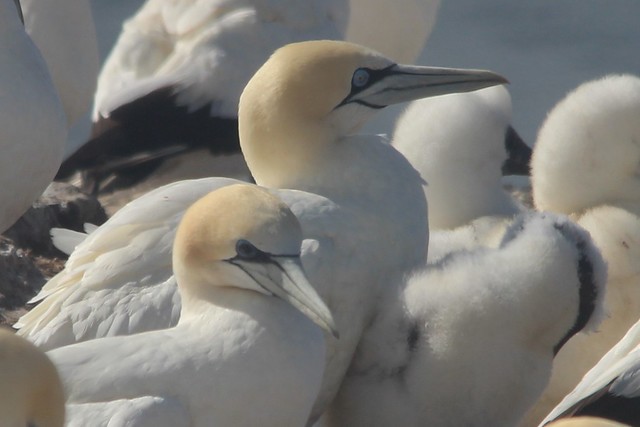 Melanie was speaking later and stopped suddenly. “Did you hear that call? It is a cape gannet!” We got to see the bird land, so it was easy for me to find it amongst the others.

Even if I didn’t see it, it was very helpful by putting its beak up in the air. I got to clearly see the gular stripe, which is amazing. 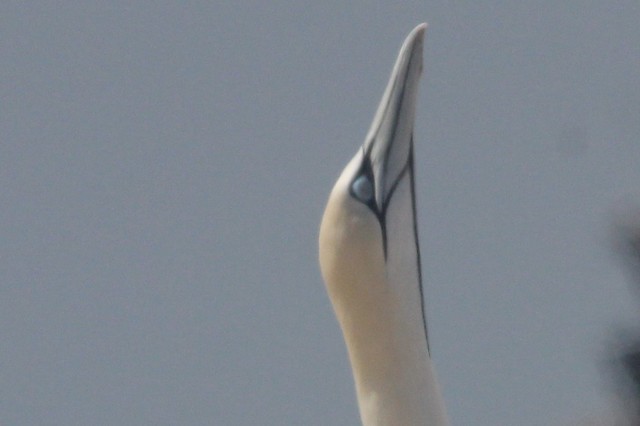 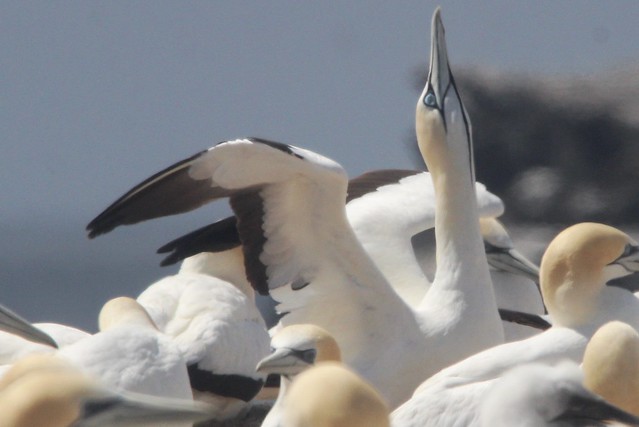 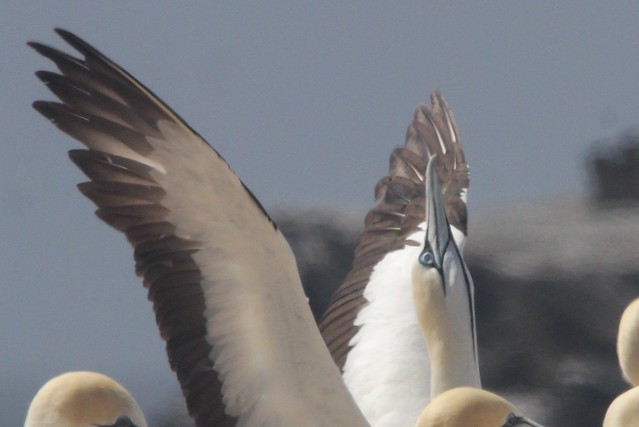 I’m so glad I went to Melanies talk rather then going to see it by myself. I learned so much. It’s amazing, I event learned that there is one lone Australasian gannet over at the South African colony. The following video explains.