This trip took place on July 9.

On Thursday I woke up, keen for an adventure. I had impulsively decided to go to Serendip, after someone had commented that there was a baby moorhen there. I waited for the right bus…. and waited…. and waited.

The bus timetables had changed in Geelong and I wasn’t able to catch the right bus in order to get the train to Lara. I flipped out. My anxiety was extreme that day and I hadn’t created a back up plan. I caught a bus into town, debating whether to go to Lake Lorne or walk along the beach. I walked up and down the bus bays at the Geelong Station, trying to see which place would be the best to visit.

By the time I got there, I had calmed down. I’d seen a couple of black shouldered kites along the road, especially near Moolap Saltworks.

I got there around 2pm.

Initially, I was a bit disappointed. There didn’t seem to be much wildlife there. Ducks were scattered and hard to see, even with my 500 lens. 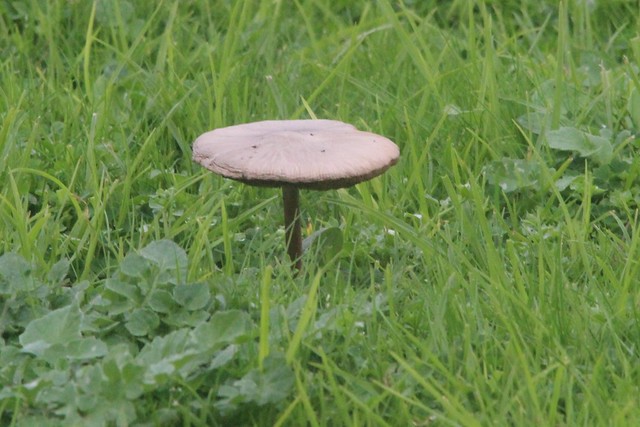 I did see this lovely fungi when walking there. 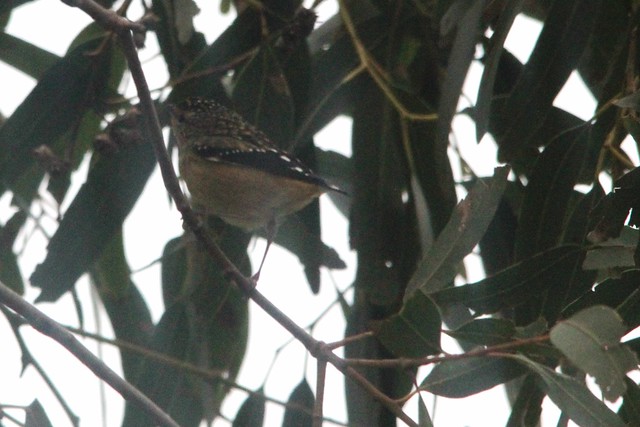 I also saw this cute pardalote. I think there have been a lot more pardalotes around then I would have assumed. I saw one at Balyang recently. They are so small and hidden that it is easy to assume it’s a thornbill.

My main reason for going was photography. I wanted to observe some bird behaviour to help me calm down. There were interesting ducks at Lake Lorne, as someone pointed out later. I prefer Mcleods Waterhole. Larger numbers, easier to see them. They are fairly skittish though. 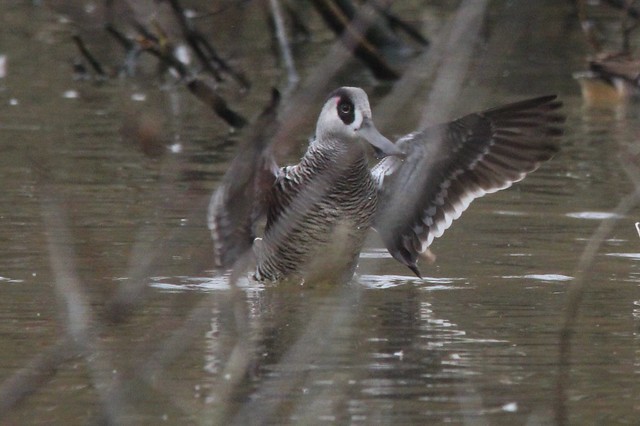 There were about 70 pink eared ducks there, which was fantastic. They are one of my favourite species of duck. I never get really close enough to get good photos or observe behaviour. The ones at Balyang, and Jerringot, were by themselves and I never got to observe group behaviour. I did get to see a couple of them flap their wings from a distance. The above photo is cropped. It’s awesome because I got to see under the wings 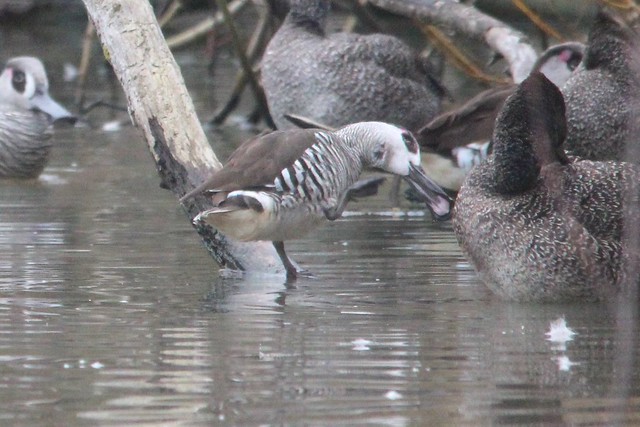 The underside of the birds chin. I don’t know if this is normal but I thought it was awesome. 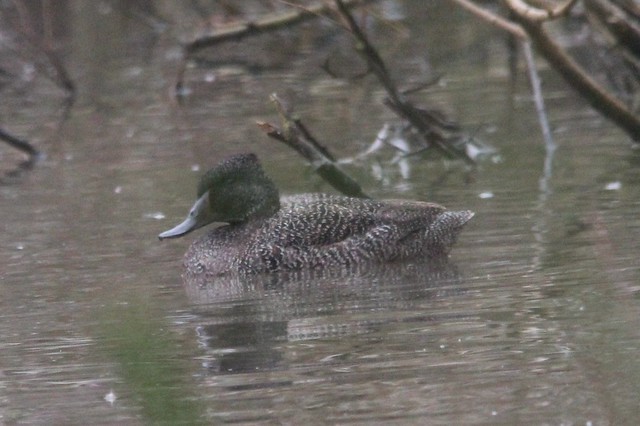 The pink eared ducks were extremely skittish – I’d sit down somewhere and they’d instantly fly away. They would swim back shortly after. The freckled ducks would just stay hidden in their little area and not care. 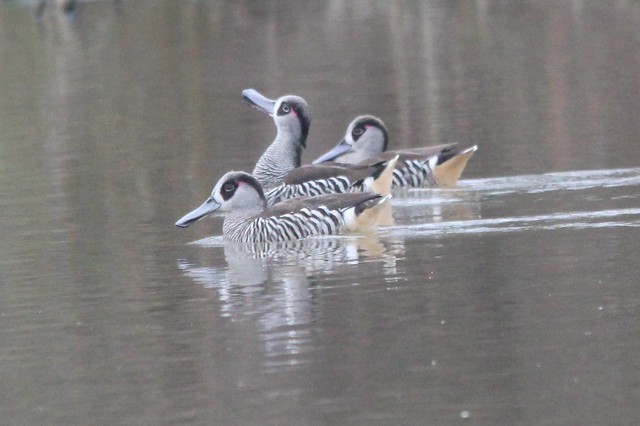 I did see some interesting behaviour when they called. There would be one main duck in the group that would raise its head up and do an interesting hoot, causing the others to follow it. I had never seen this before. I’d love to learn more about it. In one group, the other birds were smaller. I wish I could have recorded it. 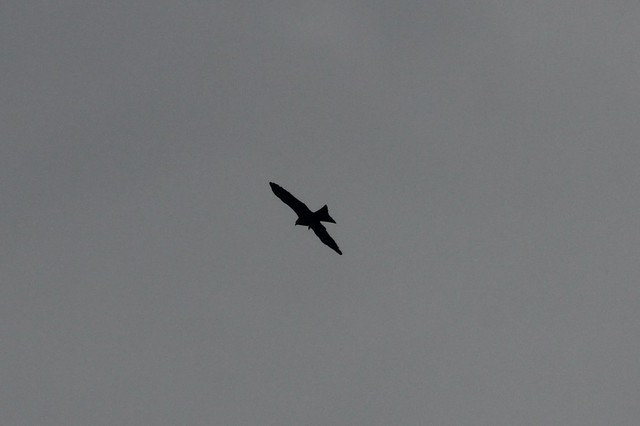 Saw a black kite flying overhead, which was a bit disappointing. I had really hoped to see other birds of prey. 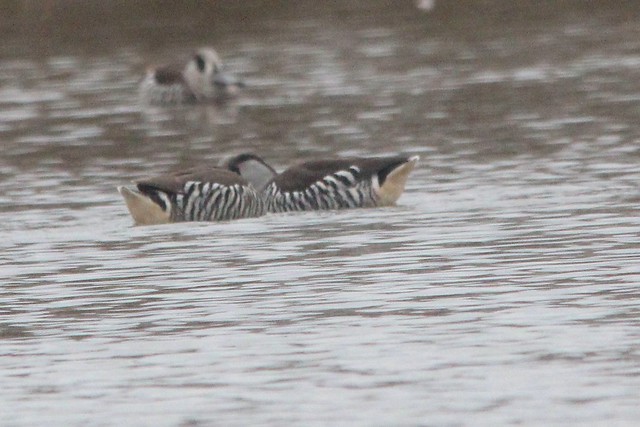 I was able to see a couple of pairs vortex feeding, which was a first. I’d seen youtube clips but had never seen it in person. The birds were a fair bit away so I couldn’t get close up photos and only saw it about five times. The feeding only appeared to last 6-10 seconds. Sometimes another duck would interrupt them. I wish I could find more information on this – I almost want to go back and see them again. 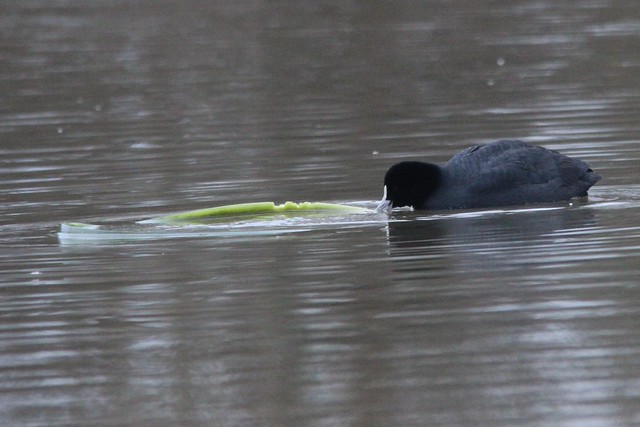 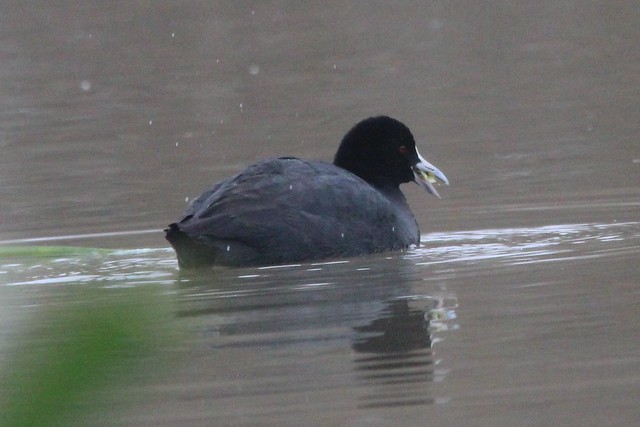 I did get some awesome photos of this eurasion coot feeding. 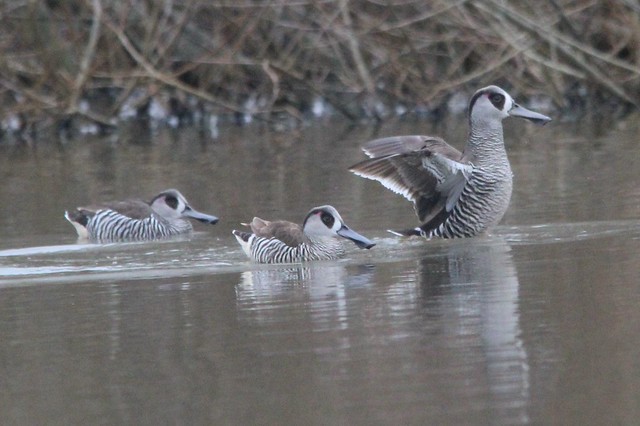 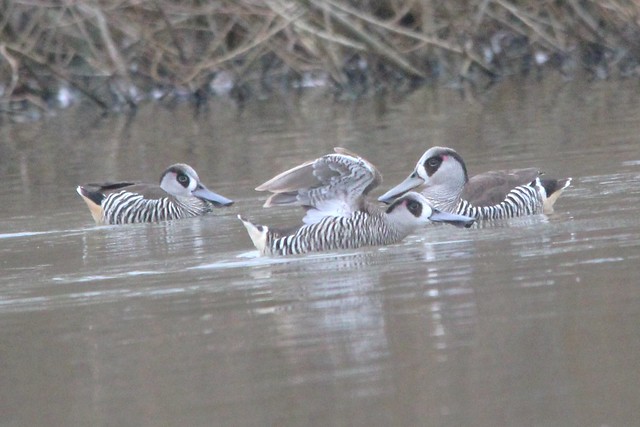 More views of their underwings. Love it. 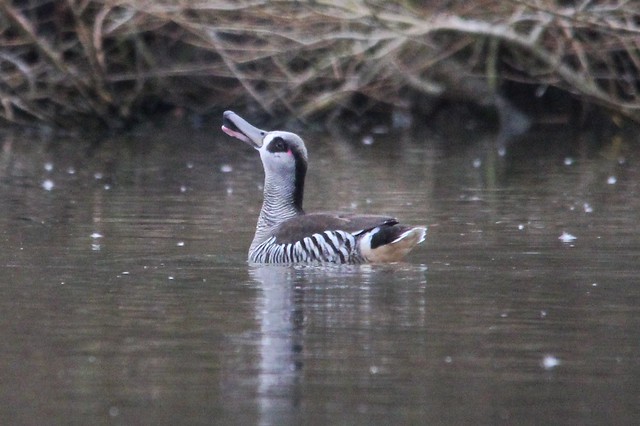 Was lucky enough to get a photo of the bird with its mouth open. 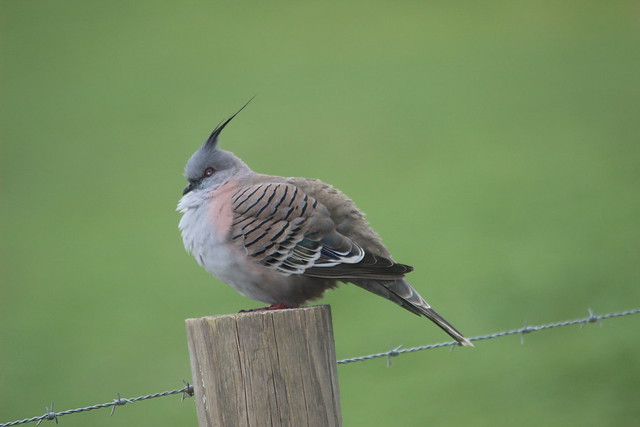 Crested Pigeon – taken using creative auto. I think I need to experiment with this setting for birds that are up close! 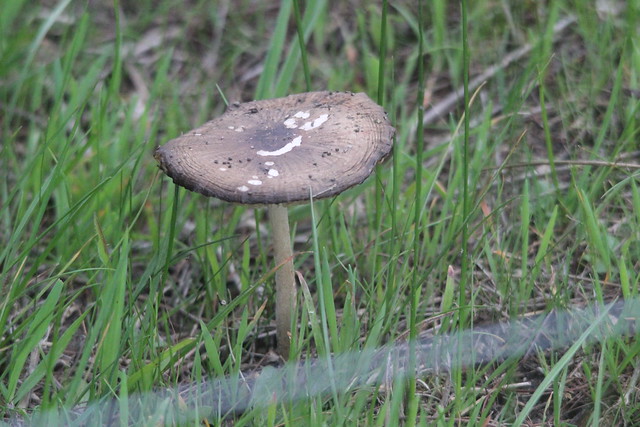 A bit of a rushed post; at my families and the nephew is making it hard to type. Have recorded most of the major observations. Didn’t get to even start the post about Balyang though 🙂

Hoping to do more adventuring now that the weather has improved.