On Monday, I was walking from Belmont Common to Balyang Sanctuary. I had the misfortune of walking alone the side of the river they were doing sewerage works on, but that is another stinky story and shall be told another time.

I was halfway there when I heard some young birds calling for a feed. The species sounded unfamiliar so I went in for a closer look. I stopped about 2 metres away and saw this scene.

An adult grey butcherbird was attempting to feed a cicada to a juvenile. It carefully placed it in the chicks beak and then, after multiple attempts at swallowing, it dropped it. You can see it in the bottom right hand corner of the last photo.

The adult bird retrieved the insect and flew off to feed it to one of the other chicks. Amazing scene along a pretty busy strip. It shows that you just have to keep exploring if you want to see those magic moments. 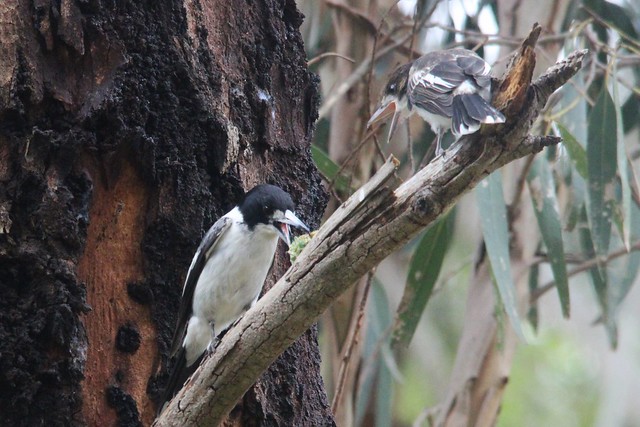 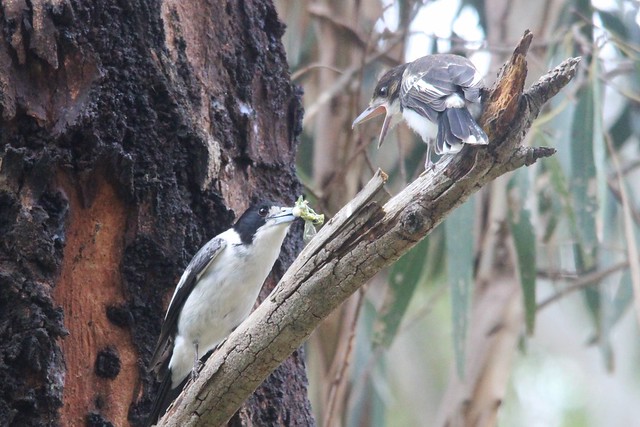 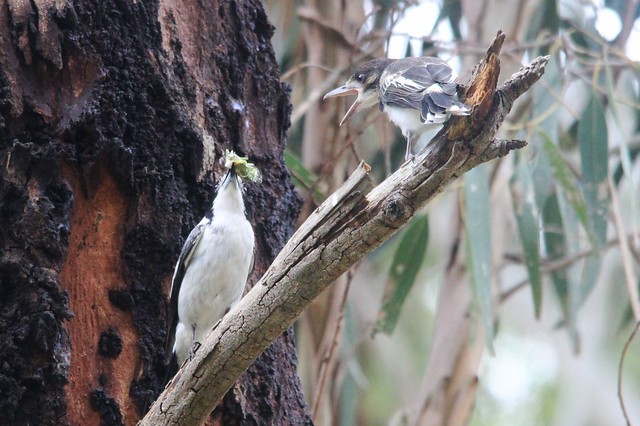 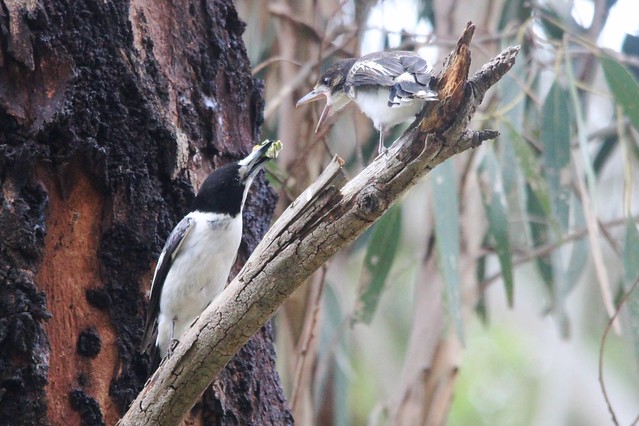 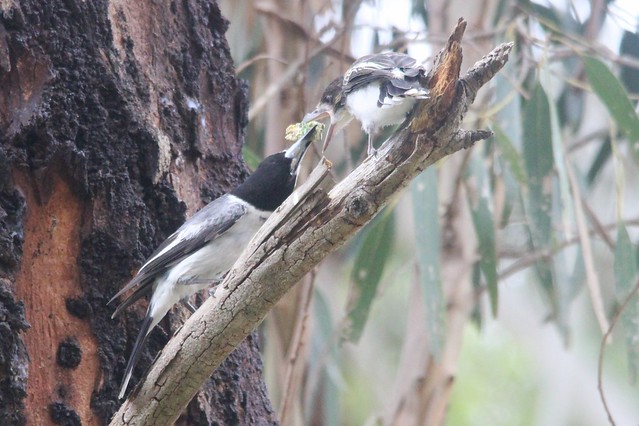 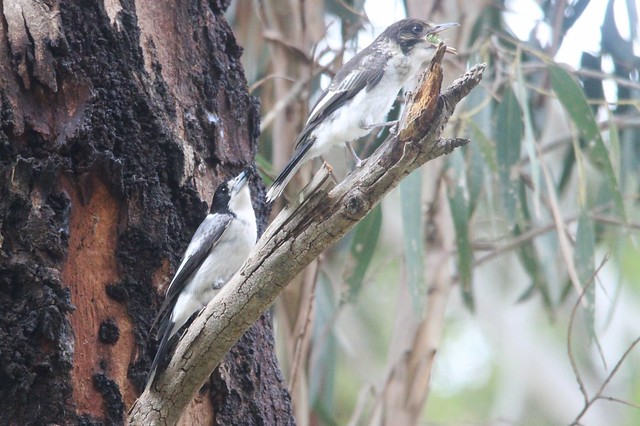 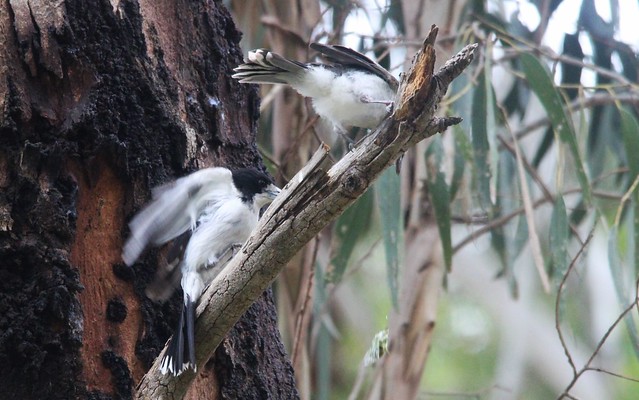 Just a couple of shots of the regulars 🙂 END_OF_DOCUMENT_TOKEN_TO_BE_REPLACED

I’ve been doing the occasional twitch in the my backyard. I used to live in a very industrial area and now live in a leafy suburb near the river. It’s amazing to see the difference in wildlife.

Earlier this year, I captured a butcherbird eating a grasshopper. I love capturing photos of birds eating. I get butcherbirds in the backyard fairly often and love their call. 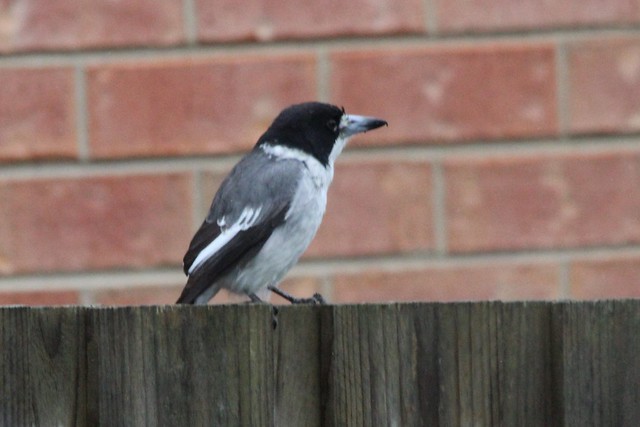 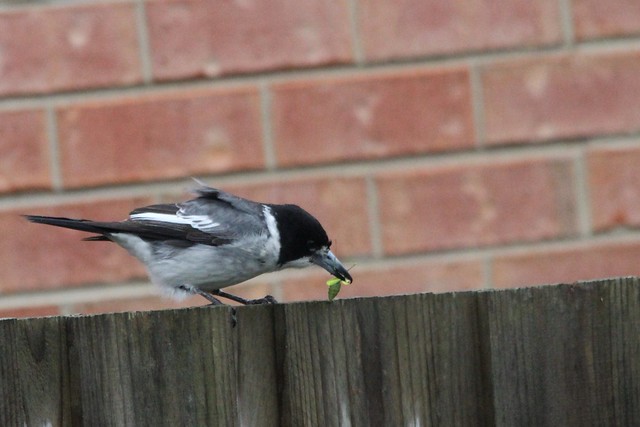 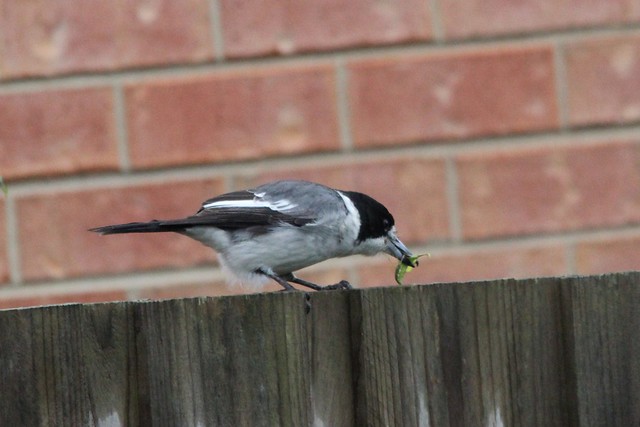 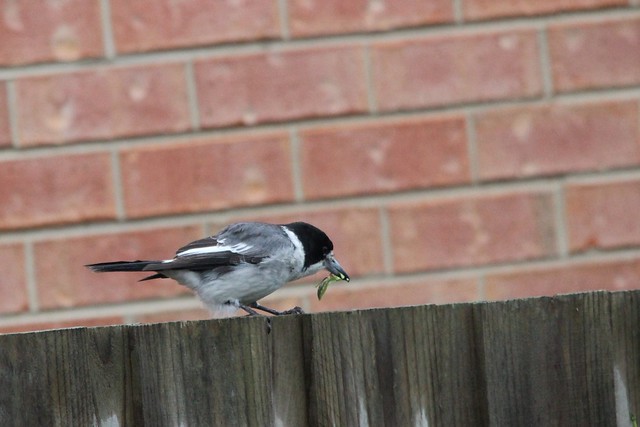