Yesterday, I shared some images from Limeburners Point. It is a popular place for fishing and has a boat ramp. Naturally, this attracts the birds.

Those fishing will discard parts of fish, or fish that they can’t throw back, nearby. Patient birds can often scavenge a good meal here. Glenn and I had previously photographed an adult pacific gull eating a fish head here.

I’ve seen a young pacific gull floating around the Eastern Beach area lately. I’m now pretty sure that it hangs out here.

This series of photos shows the young pacific gull eating the fish remains. I’m proud of the shots I got, considering all the obstacles in the way and the fact that I gave the bird a lot of space. The others show the silver gull with the fish. In both cases I have no idea what the fish is!

There are also two photographs of both species of bird doing a #2. You can check out my growing collection of photos here. I’d spent way too many hours at Balyang lately trying to get a silver gull pooping. I hadn’t even put pacific gull on the list, thinking it would be too difficult. It was brilliant luck and I’m keen to learn more about this area. It doesn’t change much but it sure is interesting. 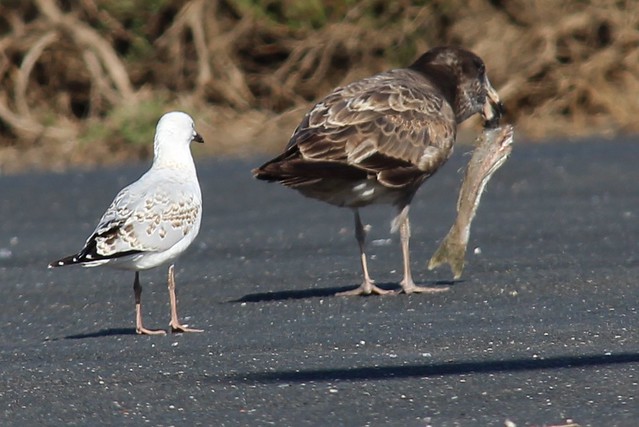 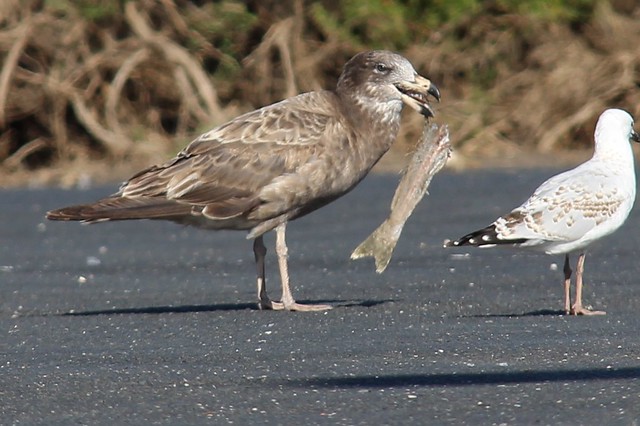 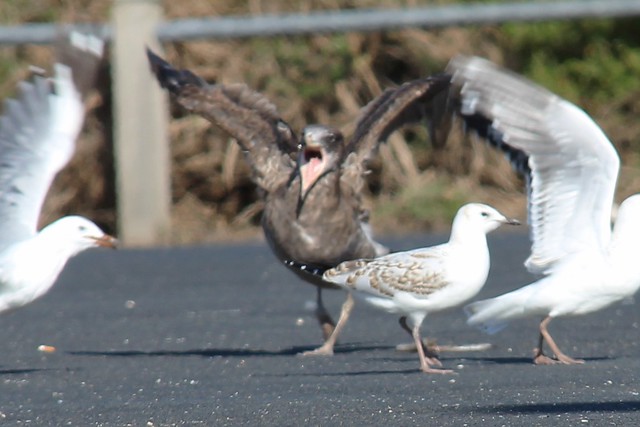 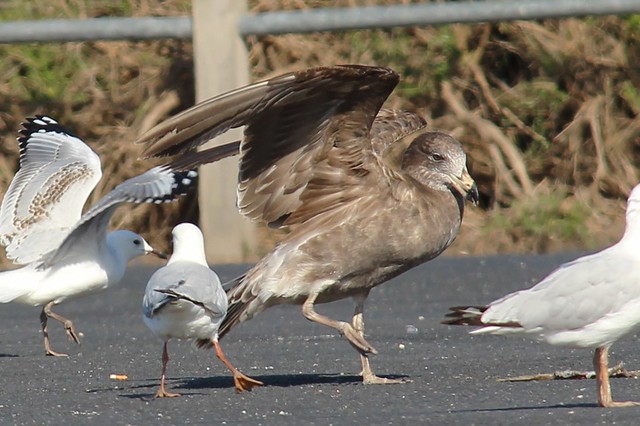 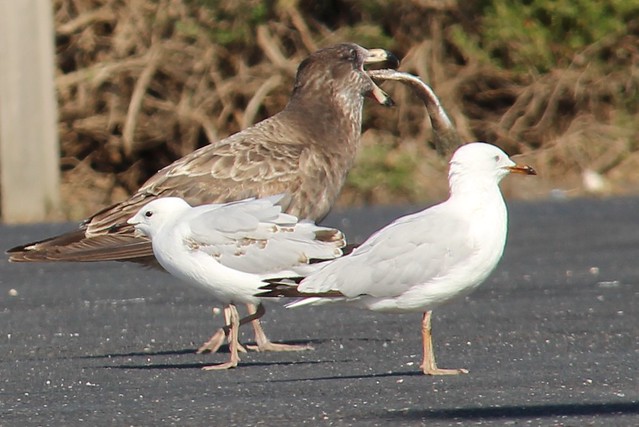 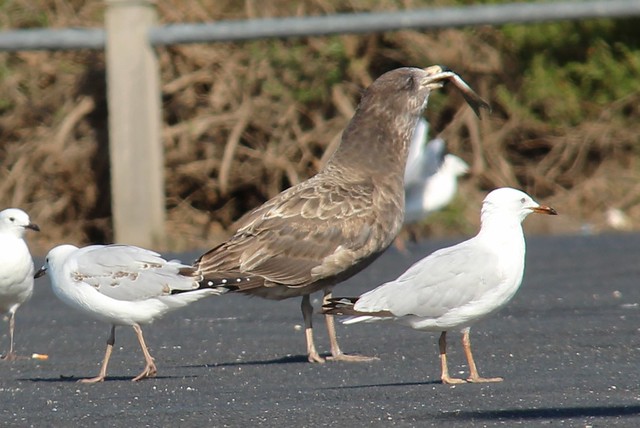 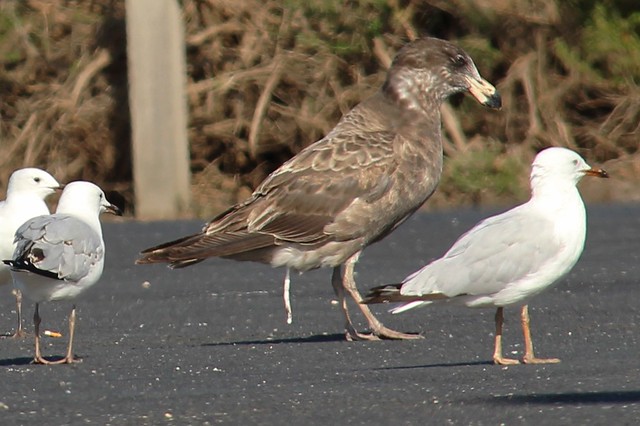 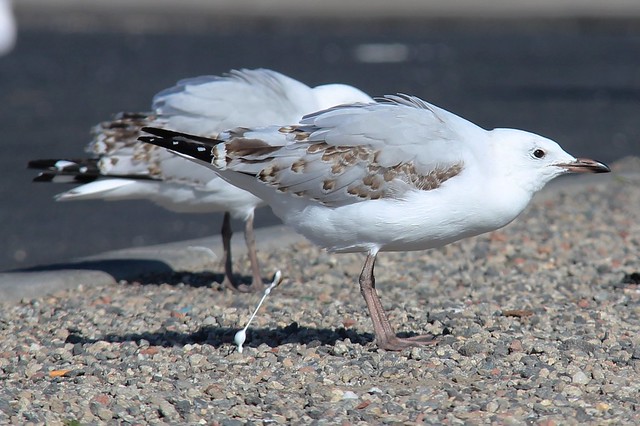 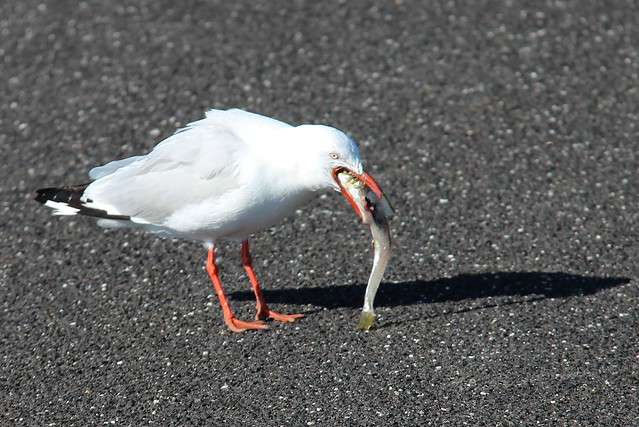 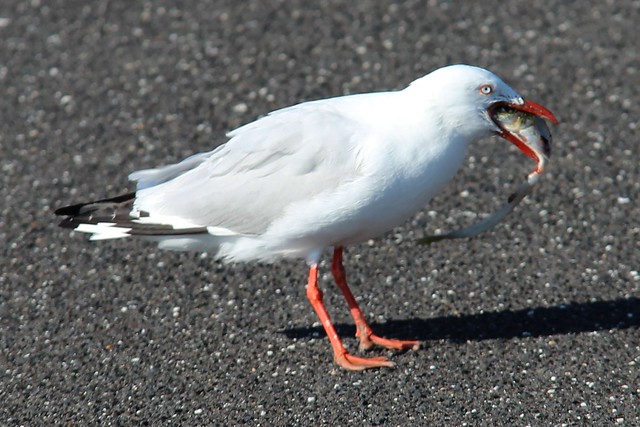 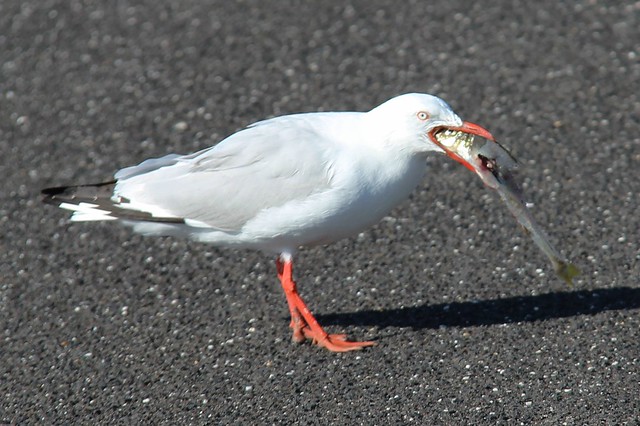 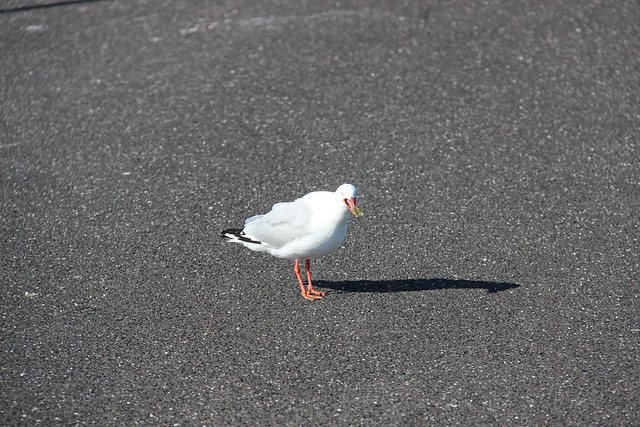