I knew nothing about Toolangi. It had a couple of pages dedicated to it in my book about finding birds in Vic, but all I knew was that it had lyrebirds and leeches. As fate would have it, I wouldn’t only glimpse one of those species last Sunday. And, sadly, it wasn’t the lyrebird.

This was my first outing with the Vic Birders group. I was a bit nervous, seeing as I’m new to birding AND struggled socially. I needn’t have worried though. Everyone was incredibly friendly and helpful, and I left feeling calmer and happier then I’ve felt in a long time.

Like many others, I was up at an ungodly hour to get to Toolangi by 7.30am. Many others were there earlier. It was a struggle to get up that early but it was worth it. It was a fantastic days birding. 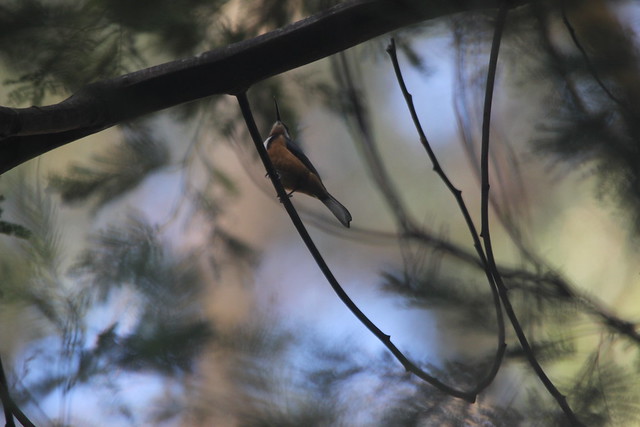 One of the first birds I saw was an eastern spinebill. It is as beautiful as I expected but is also a lot smaller. I’ll have to go to the botanical gardens to get closer photos of it. I dipped on a lot of birds early on as we were in one of the cars towards the back and many birds flew away before I could get there.

When I got there, though, I met someone that I had met previously at Balyang! We had bumped into him at Balyang during the winter and chatted briefly about the Southern Boobook he had seen there. I had visited there a number of times afterwards with on luck – and had sent Glenn a profane text about how I couldn’t find the f***er. A soon as I saw Matt at Toolangi he said “Oh, I’ve met you and your partner before!”

It helped me feel more relaxed and he is a pretty cool guy. He is a snake catcher and told me that yes, snakes can strike fast even on a slow day. I shouldn’t have been so complacent when I previously saw one at Jerringot.
. 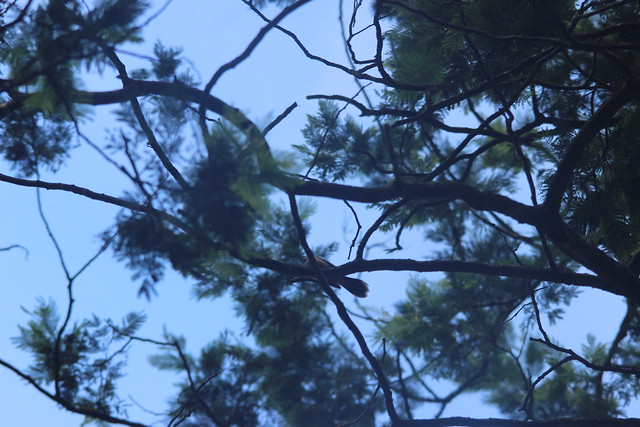 Also saw a rufous fantail which was fantastic.

I have a fondness for robins. I can’t explain why. They are more interesting then wrens. I think it’s because they are so dainty. 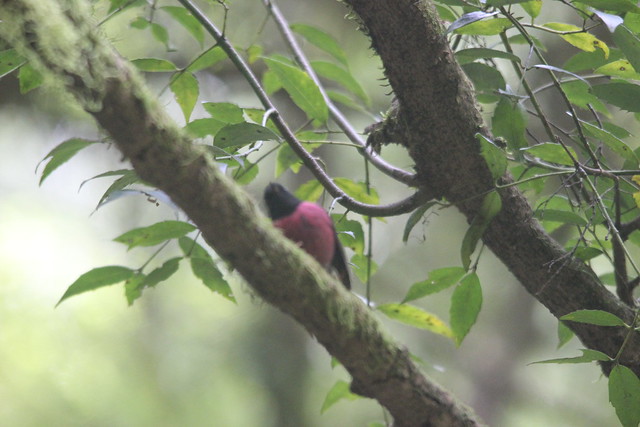 The first bird I saw was a pink robin, which was exciting. I’ve only really seen the Eastern Yellows and, once, a scarlet. The colouring was so bright. It was beautiful. Andrew Allen was kind enough to show me the difference between the species using his app. I should probably get a field guide on an app – I’d left my guide in the car as it’s HEAVY. Everyone that day was helpful towards me and answered my newbie questions. I really appreciated how I was treated as an equal despite my huge gaps in knowledge.

Andrew had the same lens that I did which just confirms that the main fault lies with the lens itself – we must have gotten a dud. I also got a leech on me early on in the trip. The words ‘it’s cute’ escaped my mouth before I could stop myself. I assumed they were a lot larger and more painful. Mums attempts to make us terrified of leeches have failed.

Anyway, apparently the pink robin (female) has been seen around Geelong botanical gardens. Methinks I need to visit there without family (Glenn or Seth) so I can bird without interruption or fear that I’m boring them. 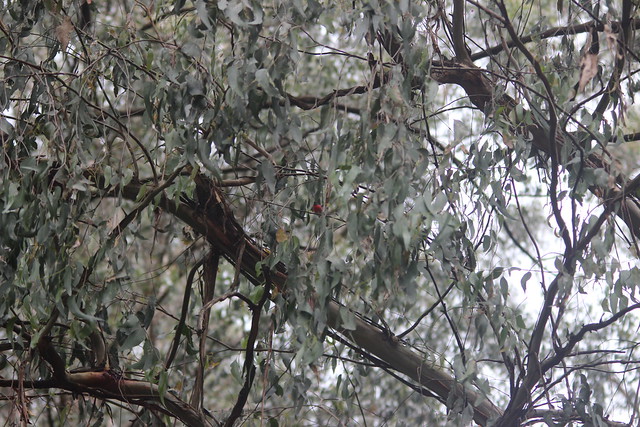 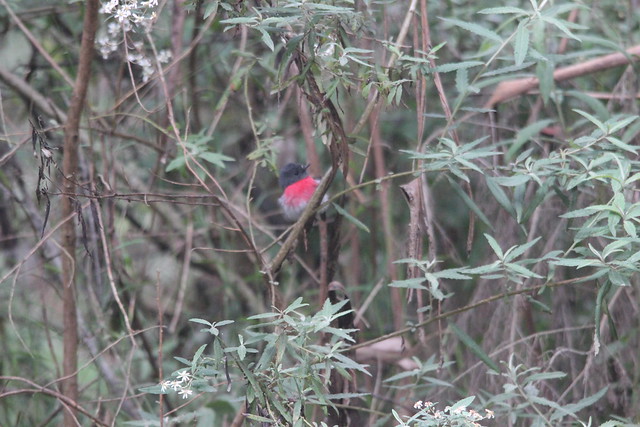 The above two photos are a rose robin. You can tell because the grey is lighter and the markings are different. It was a lifer for many.

In terms of subspecies – there are no other races of rose robin. It looks like there is a Tasmanian subspecies of pink robin that I’ll have to track down. Darn my obsessive brain! 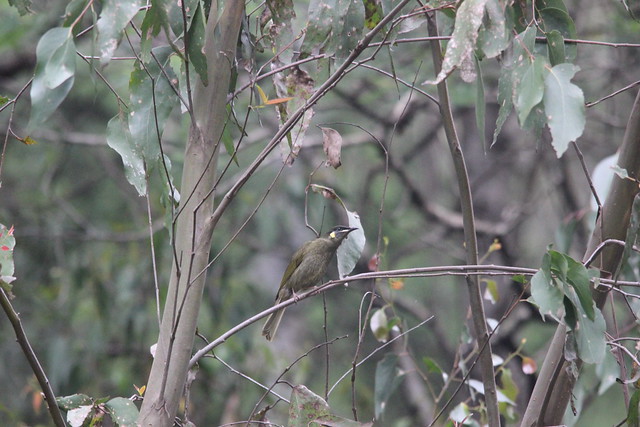 This is a lifer… I think. My notes say that I have already seen it, but I can’t find any record of it in my images. Weird. Regardless, it was awesome to add another honey eater to my list. I also saw a yellow faced honey eater and got very blurry photos of a crescent honeyeater. 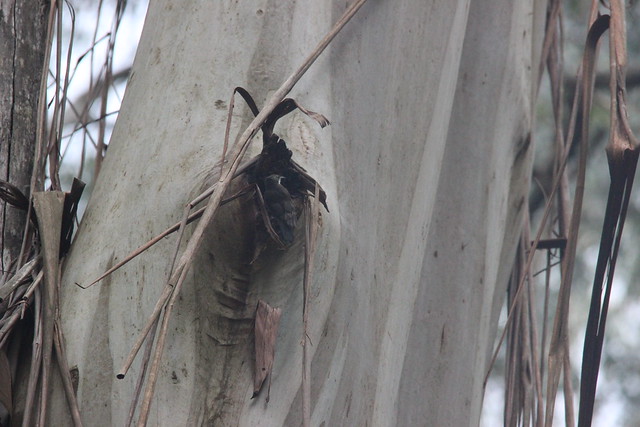 White throated treecreeper. The only thing that annoyed me about the day is that people would hear bird calls, say what they were, and walk on without looking for them. Most of them had seen those birds and I didn’t want to slow anyone down. There were many birds I so desperately wanted to see – and this was one that I found by accident! I saw movement and was photographing it when someone walked up and said what species it was.

This is less of a complaint, it’s more about how I want to return there so I can bird at my own pace. Being such a newbie really limits things. And, I know that people would have helped out if I spoke up, I just didn’t want to take away from their experience.

These photos were taken along the drive to Murrundindi. It was really funny. We’d drive, stop and listen, then keep on driving. I got photos of these trees because it was really sad to see. 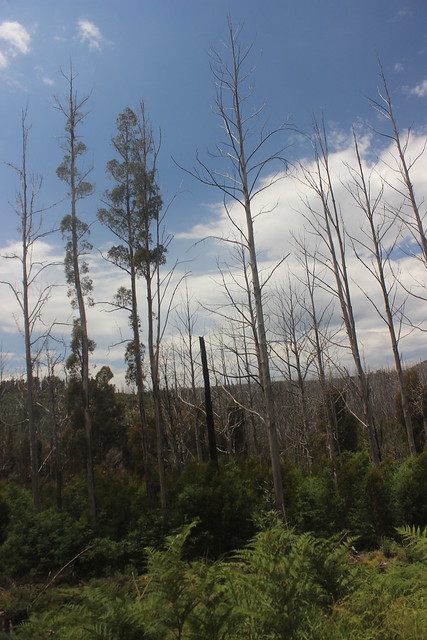 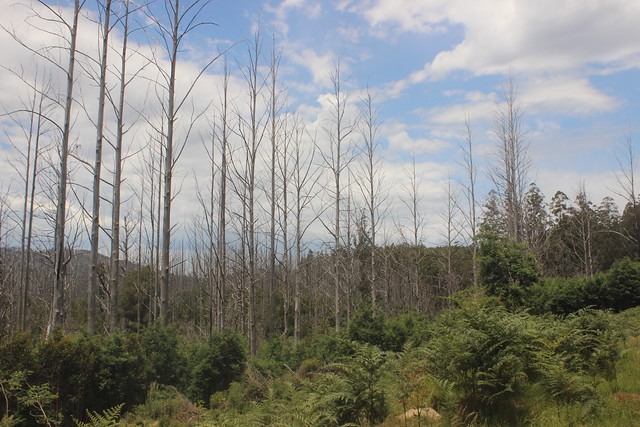 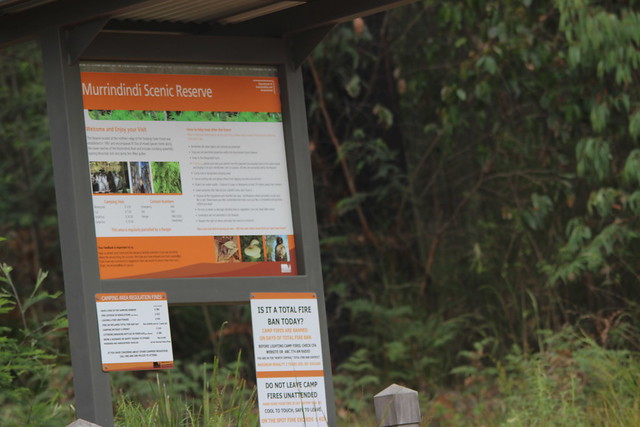 I was a bit knackered when I got to Murrundindi. It was a beautiful place but the day was heating up and I had learned not to exert myself. I didn’t walk as far as the others and missed out the skink, but I still got to see this little guy. Maybe it’s the yellow faced honeyeater? 😉 It’s hard to keep track. 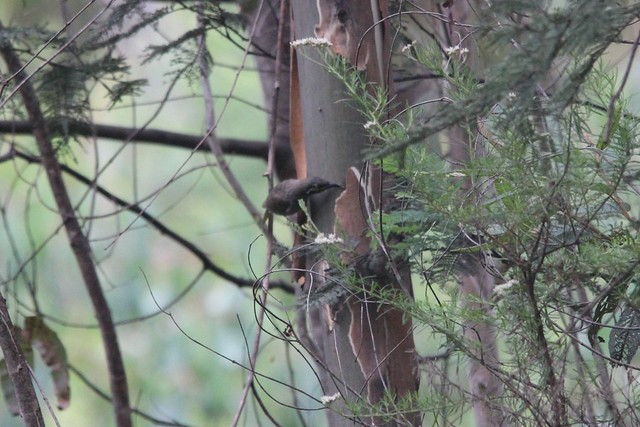 It was a really fun morning and I really felt like I was around my kind of people. Everyone loved nature. Everyone wanted to learn. None of the bullshit associated with high school and the social media sphere. Passionate people. The kind of person I want to be.

I’ll probably be backing off of birding somewhat for the rest of the year and focus on freelance stuff. Was toying with going to Mud Islands tomorrow but my budget says I’d be better off staying here. I do want birding and bushwalking to be a large part of my life, I just need to figure out how to balance it with managing anxiety and work.