There are a bucketload of currawongs along the Barwon River at the moment. I see at least 4 or 5 whenever I walk a short distance. Normally, I don’t even try to photograph them because of the amount of foliage in the way.

On this day, I was at Balyang. This little guy was hanging around and wasn’t moving too far away. I took the opportunity to get photos for the ID website and was secretly hoping to get a photo of one defecating 😉 Alas, I had no luck in the latter.

I’m pretty stocked at how the photos turned out. Normally these lighting conditions produce mediocre results. I’m even more intrigued by them now 🙂 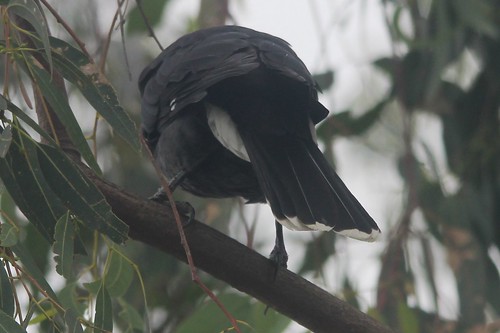 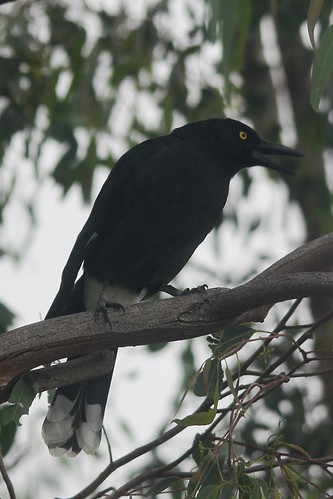 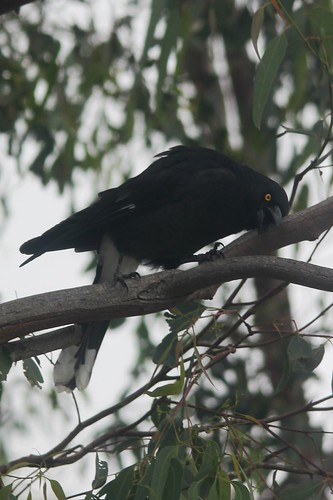 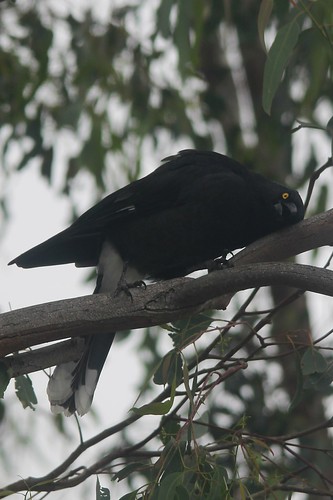 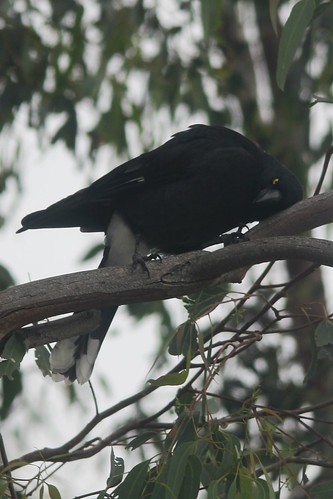 I was walking to a bus stop. I don’t recall where, only that I didn’t have time to stop. I heard a different squawk in the tree above me. It was definitely a juvenile something, but didn’t sound like the magpies I often see at that particular corner. Nor did it sound like the ravens who have nests scattered throughout the street.

Those that know me know that I’ve been sulking about living in the Corio area and claiming that everything is boring. It certainly isn’t as varied as it was in Highton, but I’m starting to notice its subtle differences. One of the highlights have been these two young currawongs who have recently fledged. 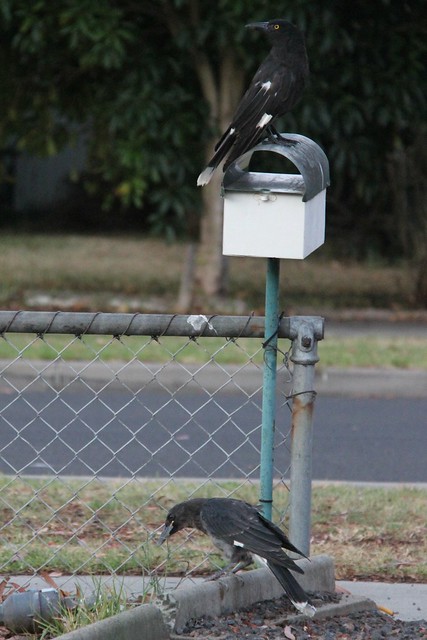 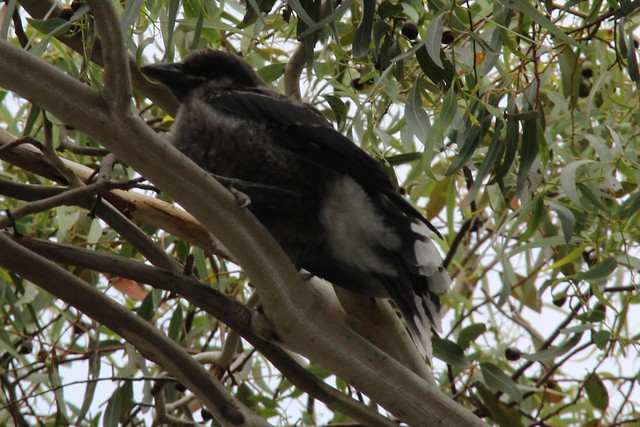 Above is the adult with one of the young. They like to hang out at various houses in the street, especially the front yards, looking for food to feed their young. I have been fortunate to see them feed here a couple of times.

They are both very cautious but have come to regard me with mutual respect. I am glad for their caution as one day, my cat decided to push open the front door and join me! 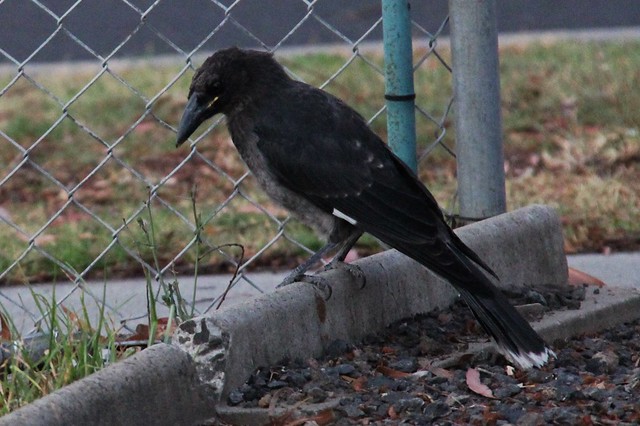 The young has a noticeable gape, lighter and ‘fluffier’ feathers and less obvious barring on the tail/wings. I’m not sure how to tell the adults apart yet so have no idea of gender. 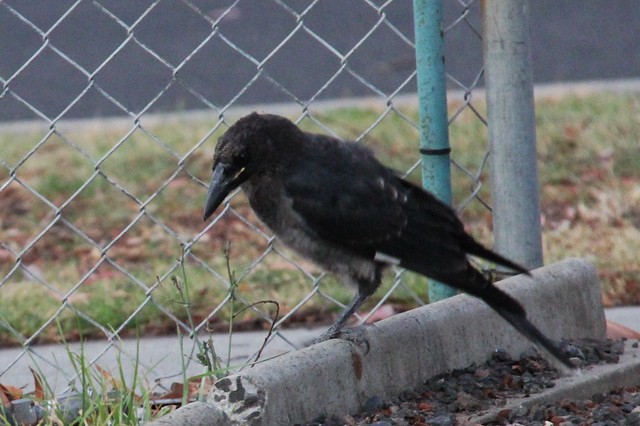 On Friday, I was watching them from across the road. They were on a neighbours hedge and I saw a parent feed the chick. I watched for about 5 minutes.. until Glenn popped his head out the door and asked when I was coming back inside. We were watching season 4 of Dr Who 😉

I’m learning that Corio isn’t as dull as I think. Certainly not as interesting as Highton; last night there was two yellow tailed black cockatoos flying over as soon as I got to my parents house.

Regardless, it’s nice to have something interesting. There was even a rainbow lorikeet in my backyard! 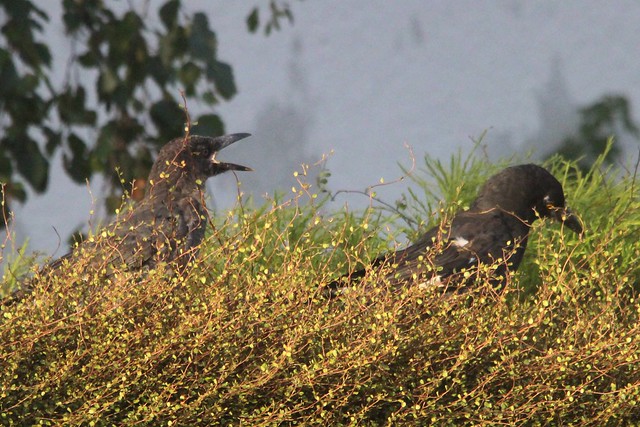 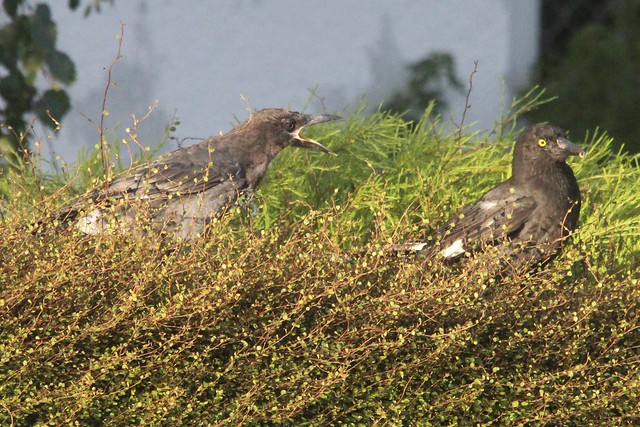 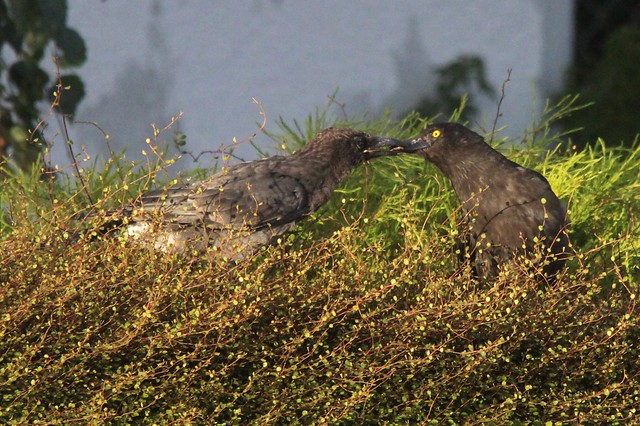 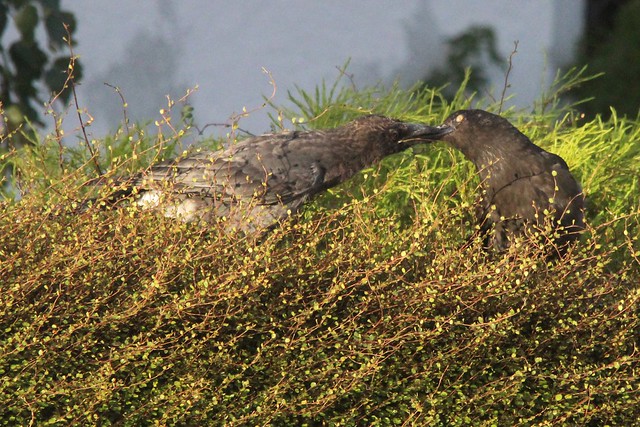 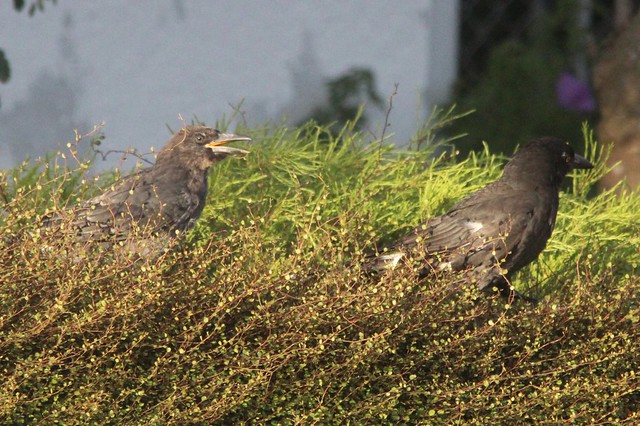 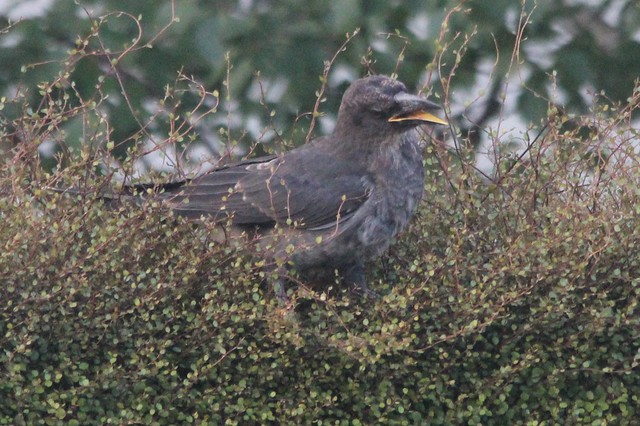 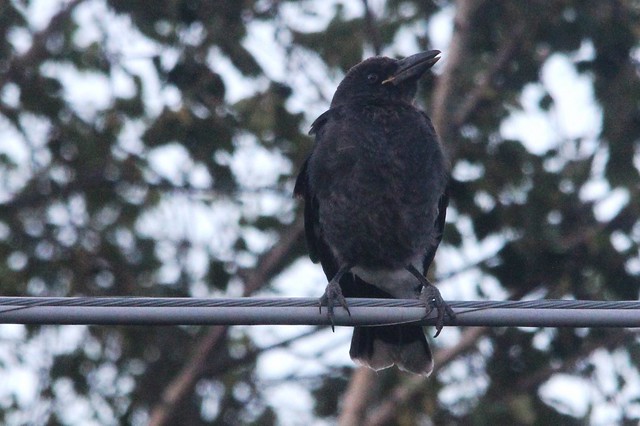 Just a couple of shots of the regulars 🙂 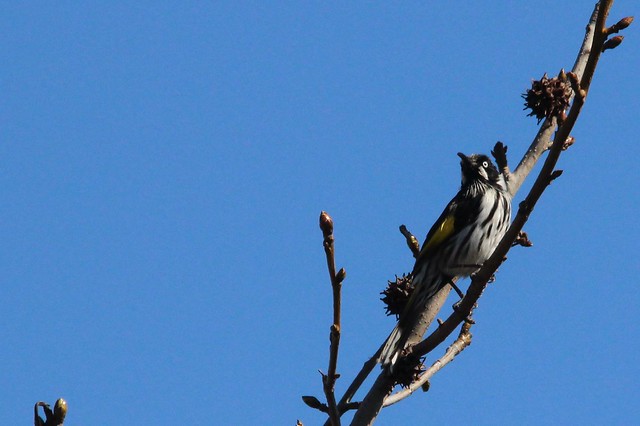 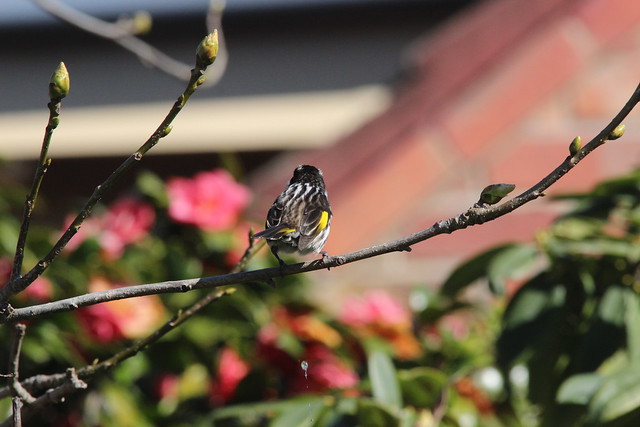 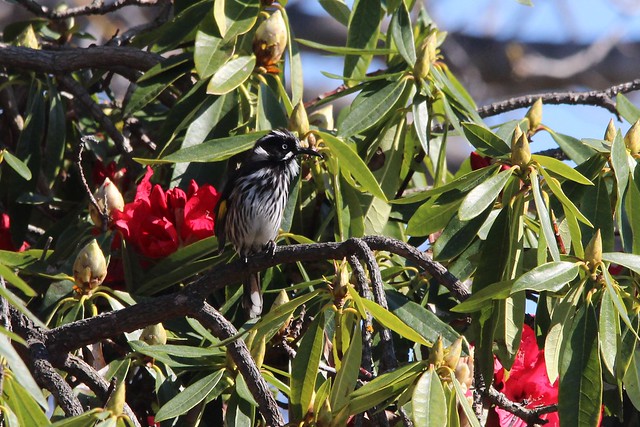 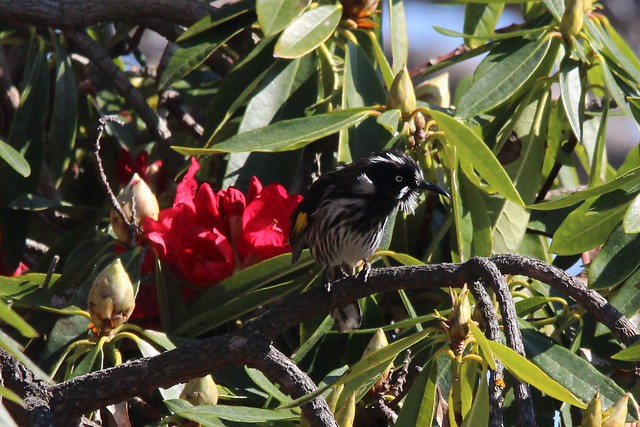 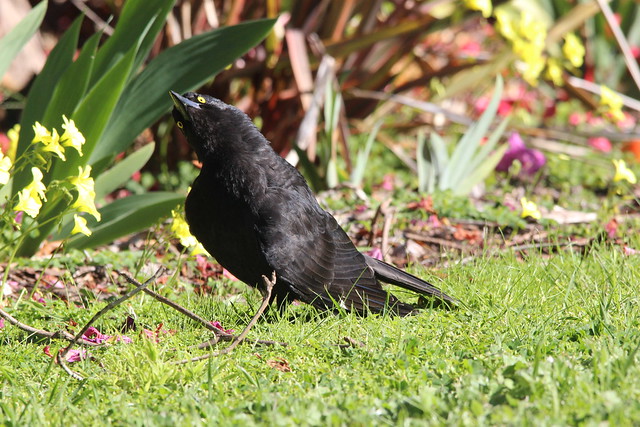 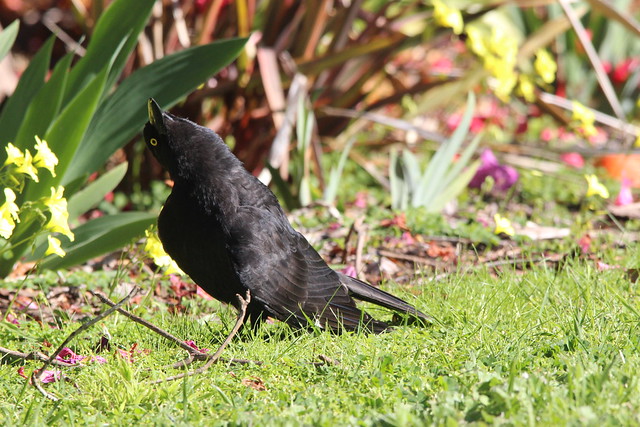 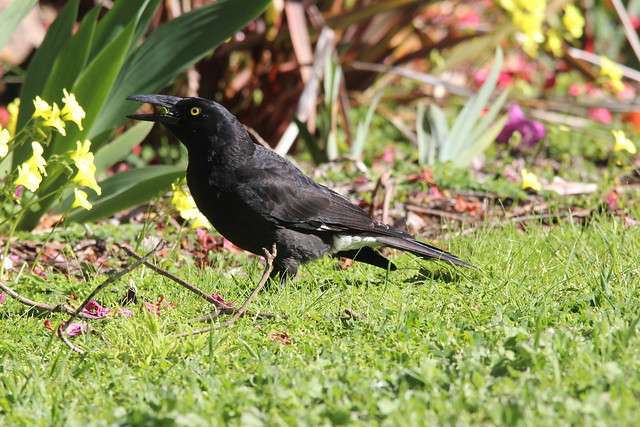 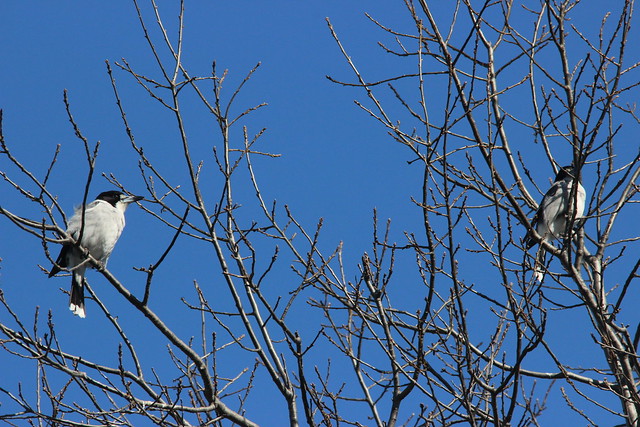 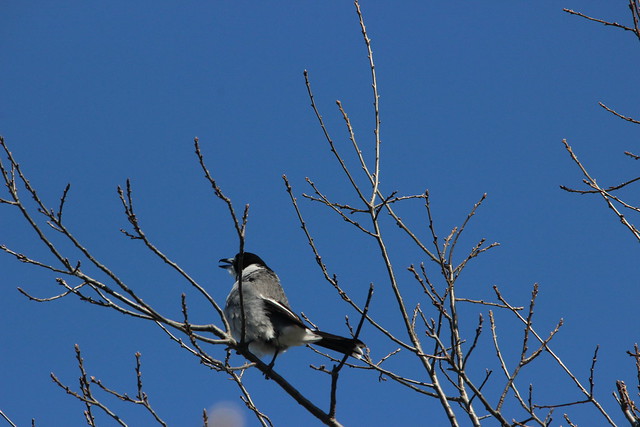 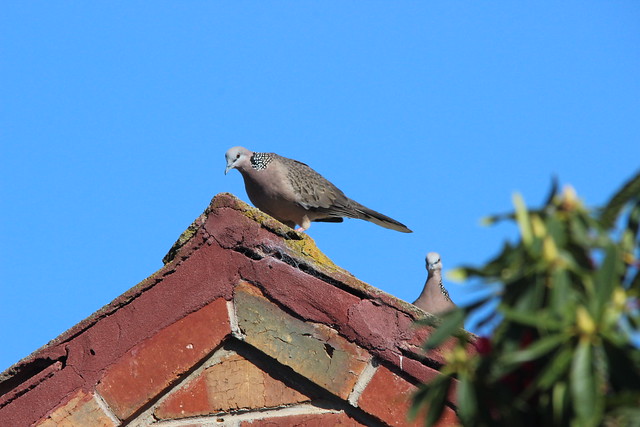