I was at Belmont Common. I’d gone straight to the border of the golf course to see if the white necked heron was there. Fortunately, it was.

Yes, I had the ulterior motive of trying to get a poop shot. It proved more difficult then I thought, as the long reeds was obscuring my view. I watched for at least half an hour.

The bird moved quickly. It had something in its mouth! I have no idea what it is, but it made for some awesome photography. Most of the other critters it ate were too small for anyone to quickly photograph. 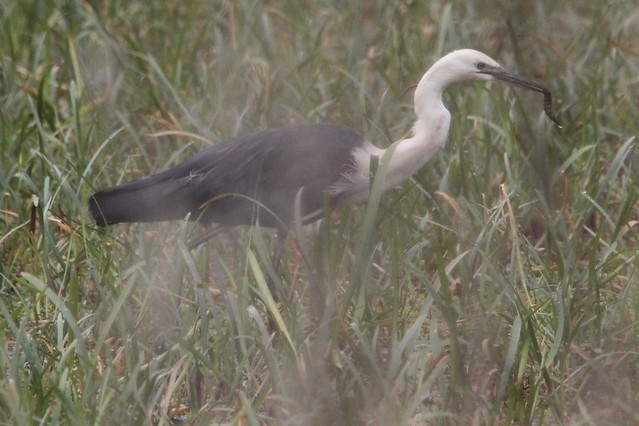 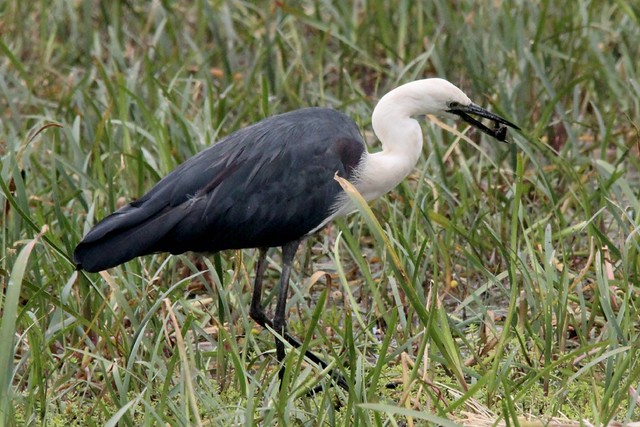 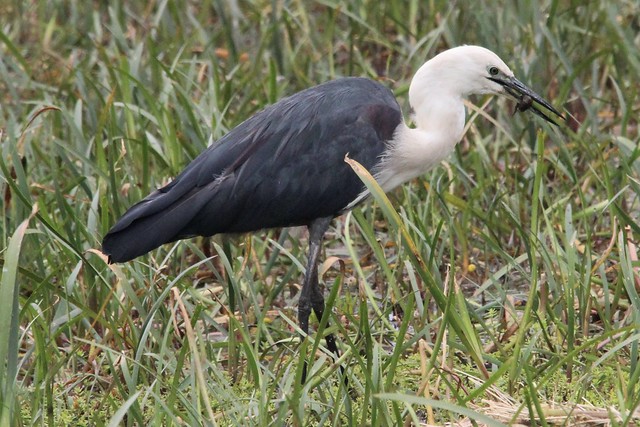 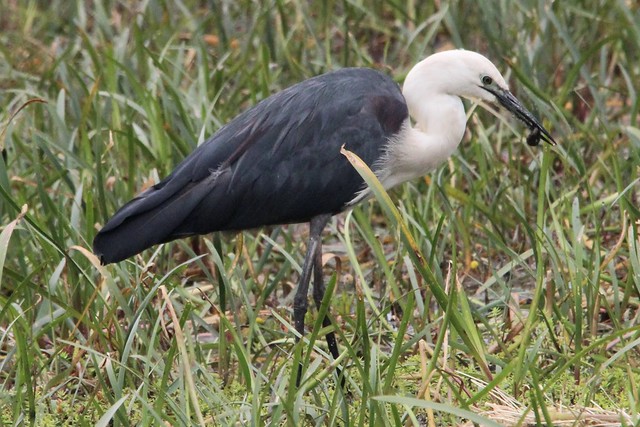 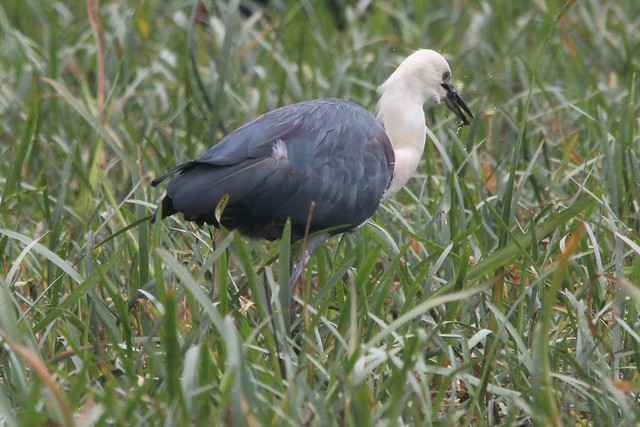 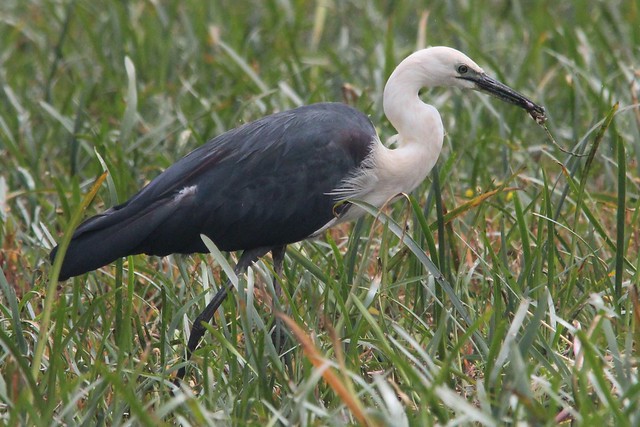 The heron is in breeding plumage at the moment and looking spectacular. I loved getting the photos of it fluffing up its feathers and stretching. Here is hoping I see/photograph more of them this season! 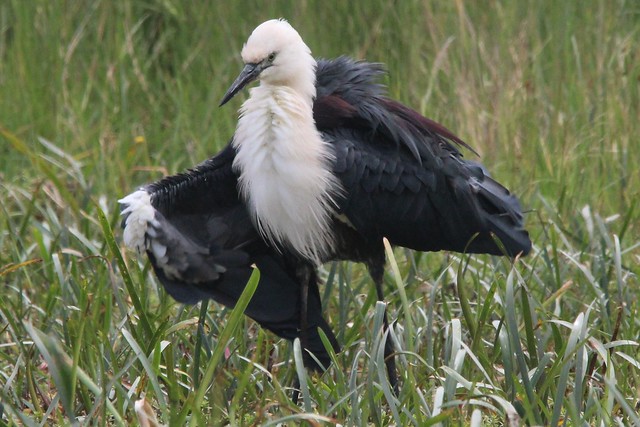 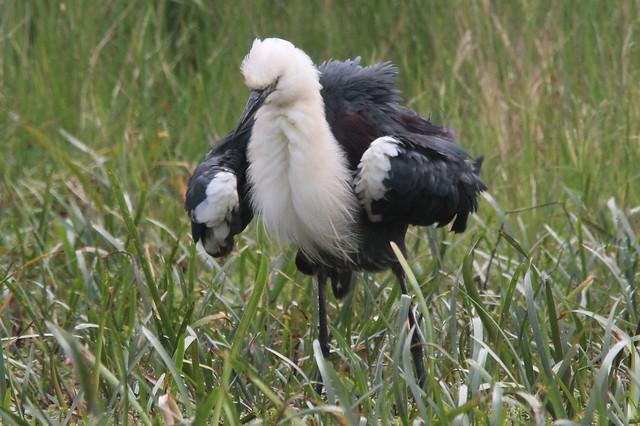 I’m meant to be launching an ebook right now. I wonder who is procrastinating?.

After meeting R at Jerringot, I decided to go back to Balyang to see if the pink eared duck was still there. It had been three weeks since I last visited, and my nephew hasn’t dragged me there much lately since he hasn’t been here as much. Basically, I wasn’t so sick of it.

I saw darters on the next. The babies seem to have fledged and, well, more darters are busy creating new ones. If you look at the next photo, you can actually see the two heads from the birds mating. Young love 🙂 The following photo was pretty exciting – actually seeing eggs on the next! It got me wondering about how many clutches darters raise in a year. I read that they breed all round, although most of them breed in spring/summer. It seems like these nests are always in use. The water is significantly lower in the lake area closest to the bridge over the river. I got some lovely pics of swamphens walking through the mud. I also got some photos of babies, although I was careful not to disturb them. The mum would ‘honk’ if I got too close and the chicks would rush into the reeds around the island. This heron was around, although it was a bit skittish. Possible the one that I normally see at Jerringot? I also saw my favourite, the pink eared duck! This means that he has been there for about 10 months and that the one at Jerringot is probably a separate one. His/her behaviour is pretty consistant. I often see it on the side of the make lake/swamp area. You’ll probably need a scope or binoculars to get a decent look.

Sometimes, he is on the small island with the large, dead tree. On Tuesday, he swam near that area and came very close to the main area where people are. I got some brilliant views. I noticed it ‘sleeping’ while floating, but it frequently had its eye open. I don’t know if it’s normal behaviour but was still fascinating.

The trip to Balyang was pretty generic and I don’t see myself rushing back, but I *should* take advantage of living so close to it before I move.  I really love getting to know an area intimately and learning how it changes with each year and season.

Planning to focus on Jerringot and Belmont Common in the coming months. Hopefully will have a telephoto lens for the camera soon which should definitely help things!