Yesterday, I heard a group of yellow tailed black cockatoos fly over. I looked out the window and saw that they had landed in a nearby street. Glenn asked what I was looking at and I told him. Less then a minute later, Seth run upstairs asking if I had seen them.

Glenn laughed, as Seth and I can be so similar sometimes. I then decided that we could go for a walk to see if we could get a closer look.

The birds obliged. They flew away from the smaller tree when Seth got too close. I’ve noticed them around a lot over the past week. I see them at least once a day. I have no idea how I should submit that type of data to ebird though. Any suggestions?

The following are the photos I took on that day. Unfortunately, they flew away when a neighbours cat started climbing the tree. I didn’t think it’d have the balls to after a bird bigger then itself. It was rather confronting. 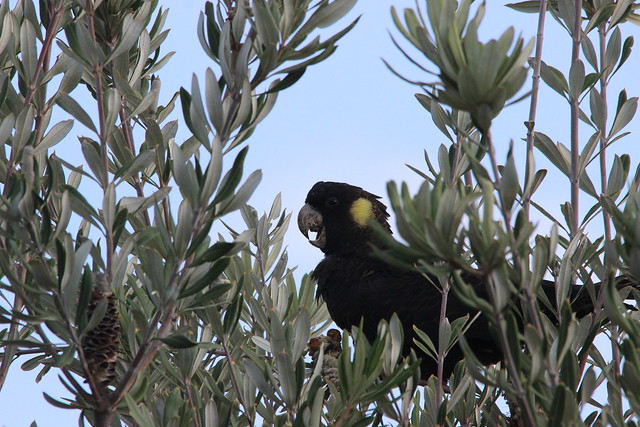 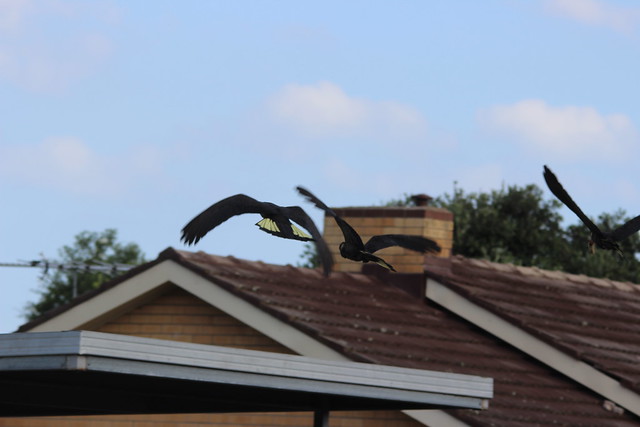 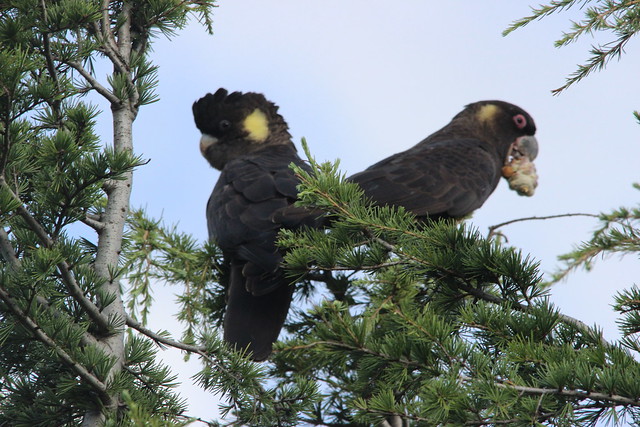 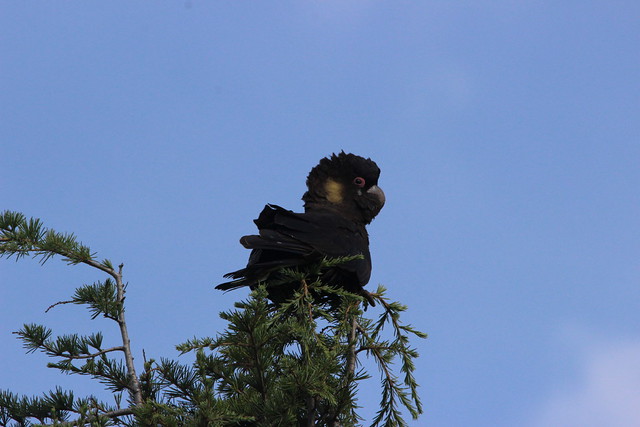 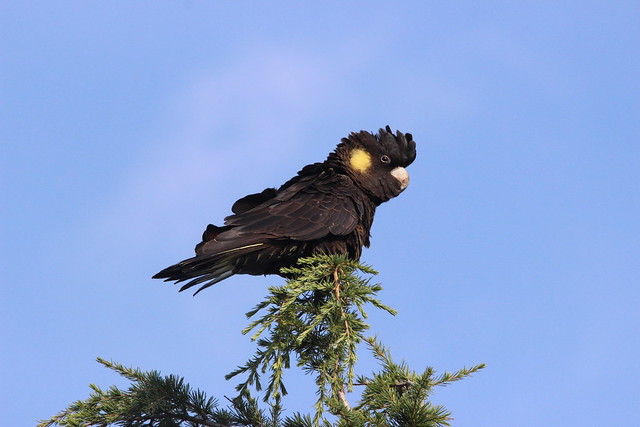 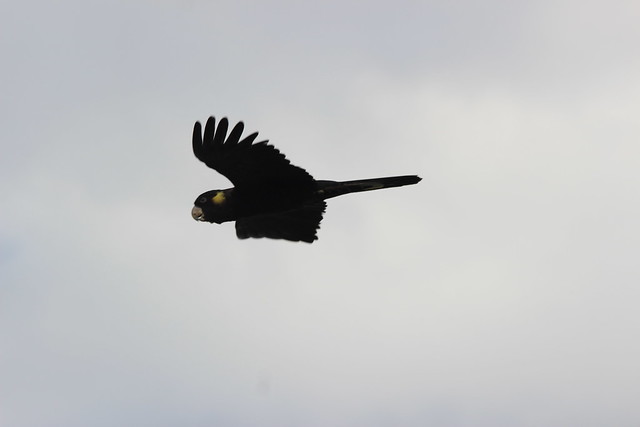 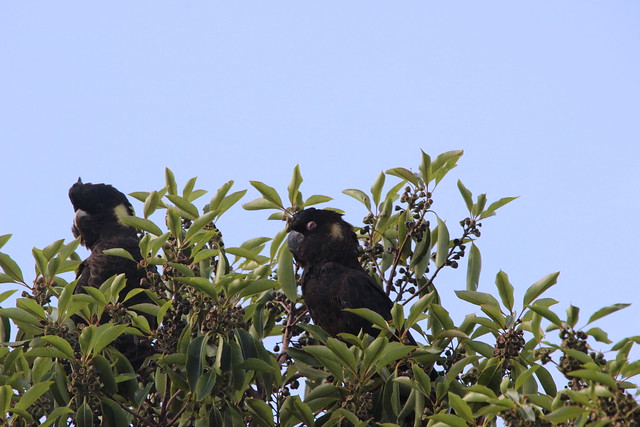 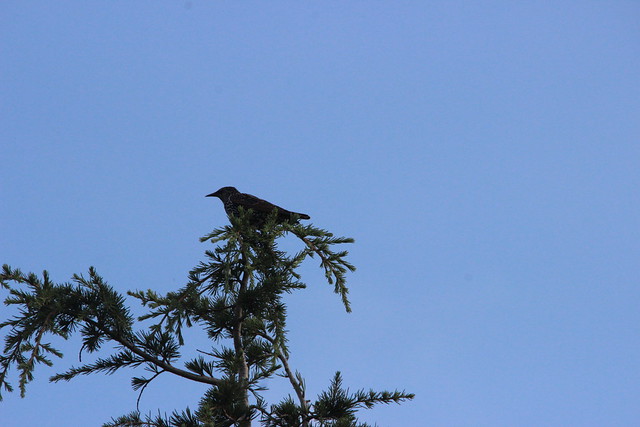 Oh, and there was a starling. Yay for curiousity? 🙂