It was Saturday evening. I had just finished exploring the Otways with two fellow nature geeks and had about an hour to spare before I went to a friends birthday party.

“If you’re good for Nan, I’ll talk you to see the banded stilts tomorrow.”

I had been planning returning to Truganina for some time. The weather during the first two weeks of the year had been horrid, so I’d primarily been adventuring around the Barwon river when the radar looked clear. I knew it was impractical for us to go on adventures with the rest of the family, so pitched this idea to him.

He’s 6. He can get cranky when tired and this is the first time we’d been doing a solo adventure of this magnitude.

Getting there was pretty easy, despite switching trains. We got there in about an hour and went straight to the bird hide. 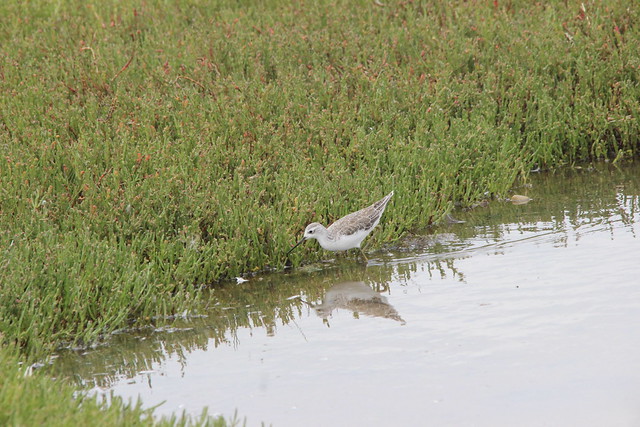 Unfortunately for Sethy, there were no banded stilts. He loves black winged stilts and I really wanted him to see the bandeds. He did see these two birds and thought they were juveniles. I had to wait until I got home to identify them. I knew that you get both marsh sandpipers and common greenshanks in the area but struggle to tell them apart, especially when the plumage is different.

The bird above is a marsh sandpiper. The bird below is a common greenshank. Once you see them enough, it’s easy to tell them apart in the field. They have different behaviours and sizes. I still struggle to tell them apart, especially via photos, but I think I just need to spend more time observing them.

If you look at the greenshank, the bill is thicker and has a slight curve. This is meant to be a good way to tell them apart – I do see it now. 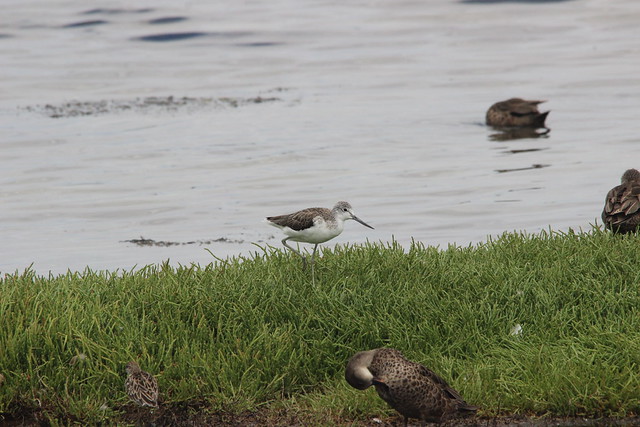 There did seem to less sandpipers then there was last time. I don’t visit nearly enough to know how the environment changes. Did see two red capped plovers running though! 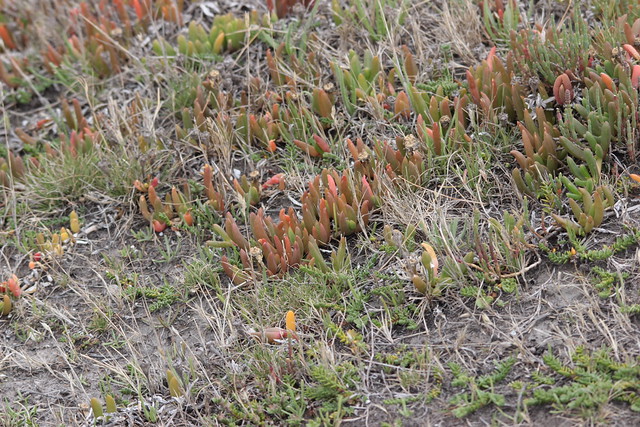 He was fascinated by the different types of plants you can get here. “Look at those succulents!” 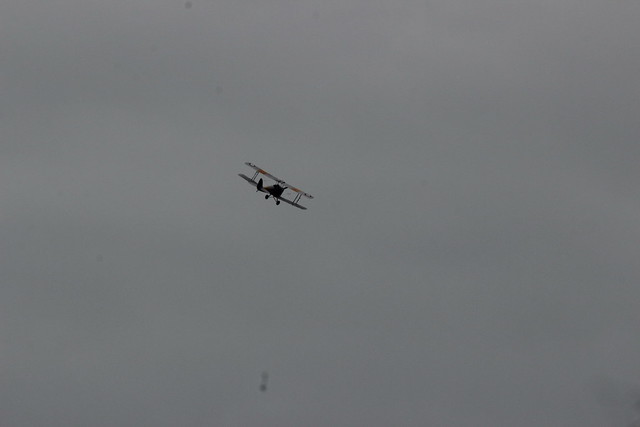 He loved seeing this plan fly overhead at multiple times. And also liked being so close to the train tracks, to the point where he briefly touched them. (I supervised him the whole time. He’s fascinated by everything.)

Actually – maybe we saw an RAAF plane? I did see a sign about the museum on the way up and wondered if it was appropriate for a 6 year old. Will look into it. 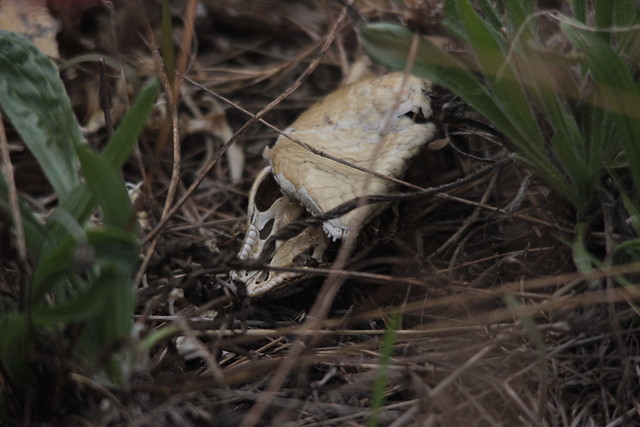 When walking to the river, we found the carcass of a blue tongue lizard. The colouring looks different to the two that Seth has had as pets.

He’s fascinated by bones so we got a good look. He would have liked to take it home, but I said no. I know from experience that many carcasses can be stinky and I didn’t have a plastic bag.

It was in pieces and in one area, the ants had done a good job cleaning. Seth picked up a piece of backbone he had found and asked me to look after it.

I may need to take more bags with me next time.

He’s fascinated by everything and I’m not going to stop him, unless it places him at risk. It helps that I was similar to him growing up. 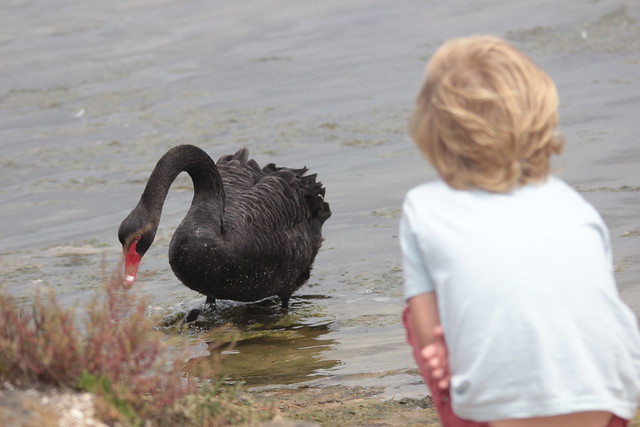 We walked towards Laverton Creek where we found about 50 swans. Seth was enamoured so we sat down to watch them. Surprisingly, a number of them came up close and started feeding within a meter of where we were sitting 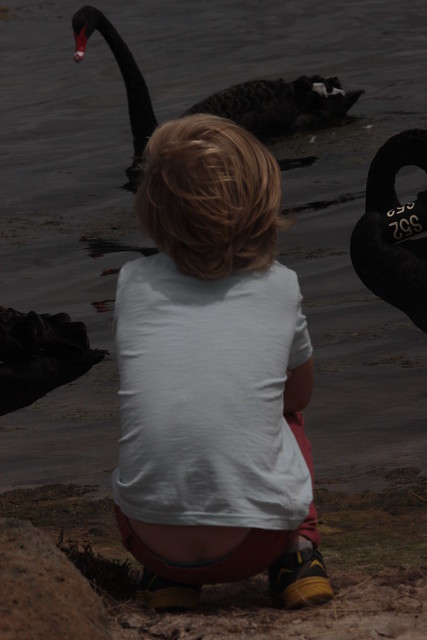 He heard hooting sounds and started making them back. He would observe everything about them. How they’d bite others who got too close. The hissing sounds. 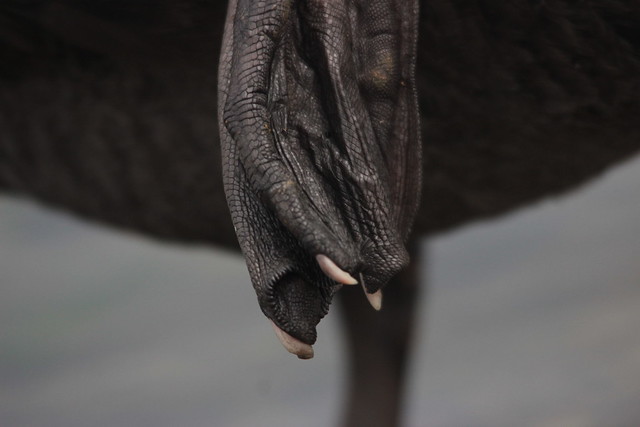 He loved being able to get a close look of their feet. Look at their claws! 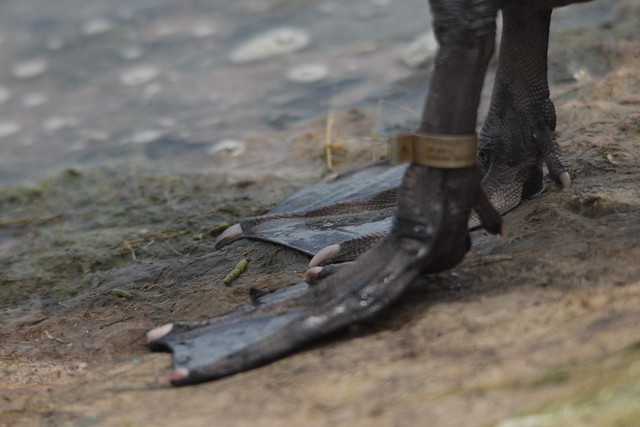 Both of their feet. 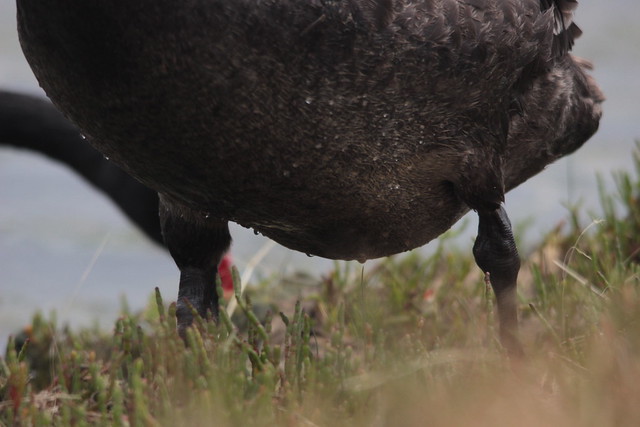 He could have easily spent more time here. Two of the birds had tags around their necks – will be submitting their data to the project. The tags were different colours this time. 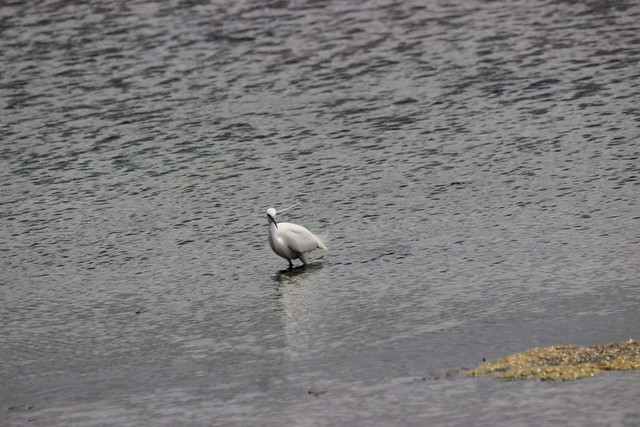 We also saw a little egret. 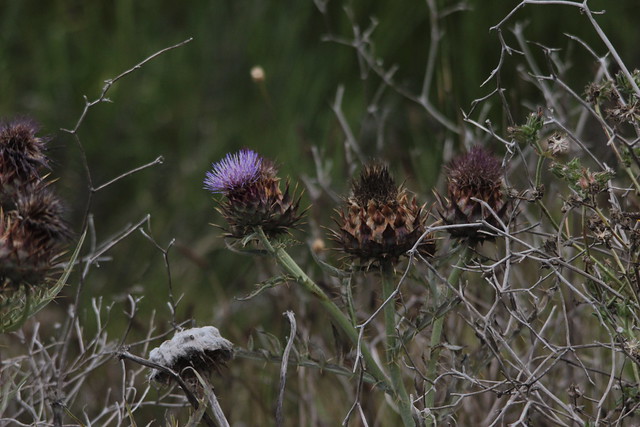 Fascinated by the plants.

Seth really enjoyed the trip, which was cool. He’s 6 and can struggle with concentration, but he was really well behaved. This means that we can start travelling a little bit further on adventures.

His life list is now 95, which he is pretty stoked about. He’s proud to have such a big list for someone his age. No idea if he’ll keep up the hobby but if it makes him happy. I think he experiences the same calming effect that I do.

I saw a fox near the train tracks! It moved before I had the chance to take a photo. I wish Seth could have seen it. I think I’d like to explore more of the area with him, it just depends on what is practical.

I also talk through the adventures with him. I thank him when he wants to explore a new area and I see something I didn’t see last time. I tell him when I’m unsure and involve him in the process of finding out. I think this hobby has been great for him. It’s also helped me out, too.

😛 Now just need to summarize another couple of adventures. Have been too busy exploring instead!