In my last post, I wrote about how tawny frogmouths are evil and intentionally hide from me. I know that they don’t but this was the second time that they have eluded me.

Glenn was going to go down by himself to get photos but I offered to go with him. He doesn’t have my prowess for finding birds. We had explored the region for about 5 minutes before he left for Balyang. He asked me to get him if I found the birds.

Guess what I saw about 2 minutes later? I could still see Glenn and tried shouting to him. He didn’t hear. So, I tried to get a photo. 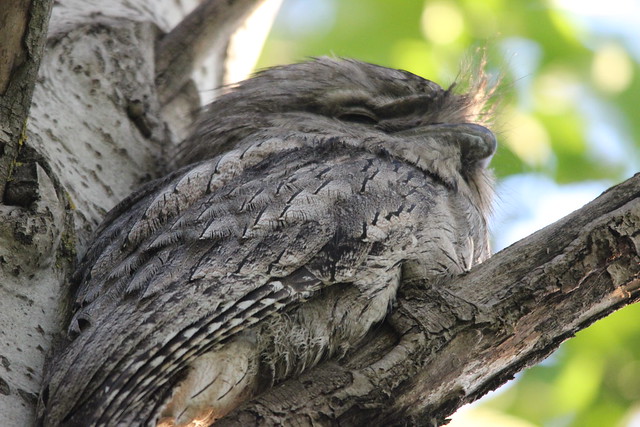 Alas, this isn’t my photo. After about 10 minutes of stuffing around, I realized that I’d lost my memory card. One of the ones that Glenn had lent me was faulty. The other was full. I was livid. It didn’t matter though, as Glenn had the better lens.

After exploring Balyang and the Barwon river, he eventually! went to the other side of the river in search of the bird. 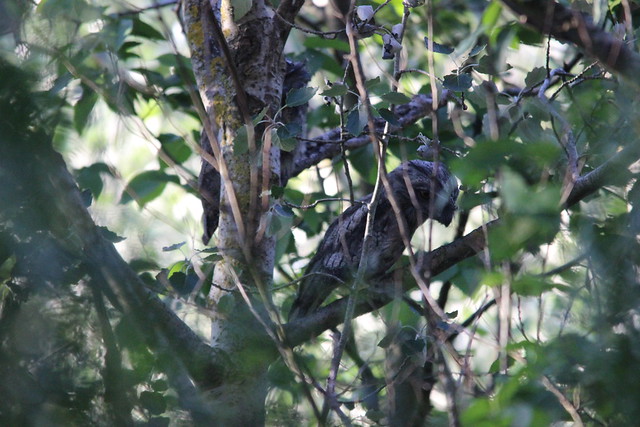 Apparently it isn’t nice to mock your partner for being a crappy birder. Especially if he is colour blind and can’t distinguish between certain colours! That shut me up rather quickly.

We were just off the path and there was a lot of stuff in the way blocking the view. I was struggling really hard to get a focus. I ended up getting a clear view and immediately switched it to manual focus so it wouldn’t change.

That ended up working really well for us. I didn’t tell Glenn, so we accidentally left it on manual for the rest of the time we were there. It worked out well though. 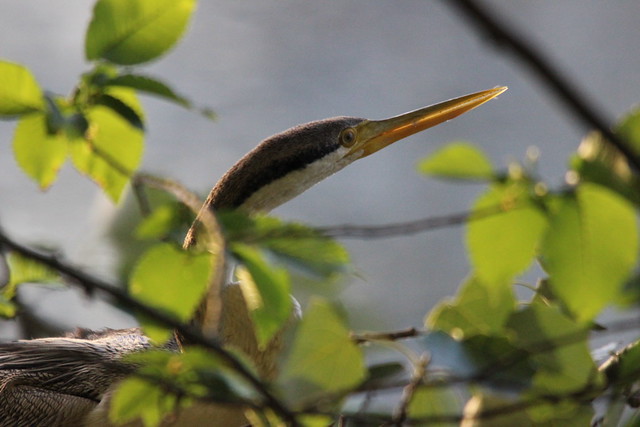 He ended up going down the bank somewhat, sliding down a hill, to get better shots. I disagree with stuff like this because I get concerned it will bother the birds. Glenn said the frogmouth didn’t care. It looked down briefly and then continued pretending to be invisible. He did get some lovely close ups of darters on their nests. That made me uncomfortable as I prefer to leave nesting birds along. 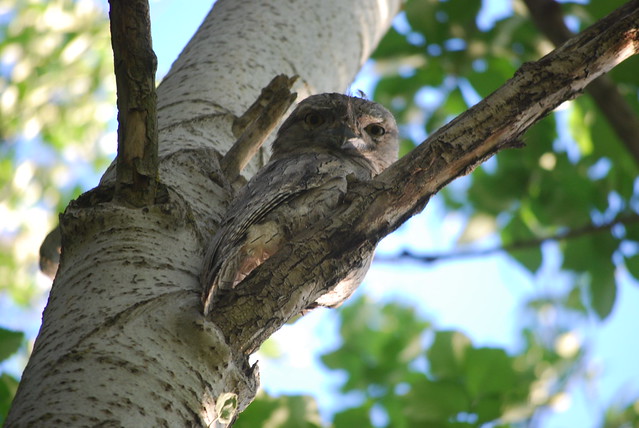 I have to admit, he got some brilliant shots at that angle. 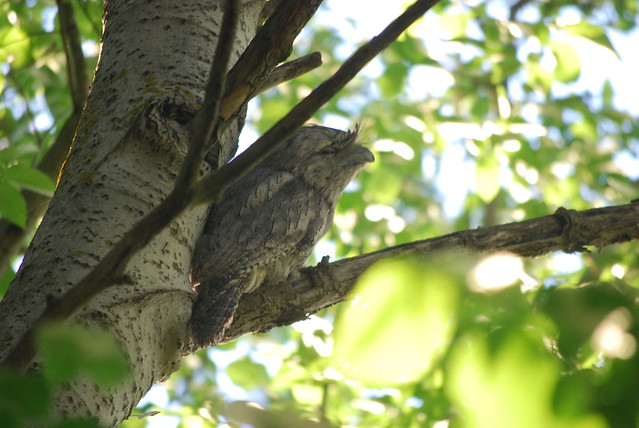 Finally, the obligatory shot of the wood duck family. 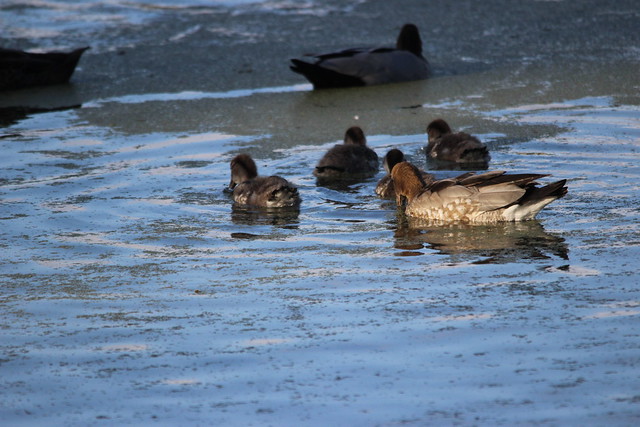 Days like Tuesday make me fall in love with birding all over again. Glenn was amazed at how well camouflaged the bird is – despite having seen it twice in captivity before! I love owls.