Guess what? WE HAVE A NEW LENS FOR GLENNS CAMERA!

We’ve been having trouble with our sigma lens for some time. I don’t know whether it was us, or a fault, but it just wasn’t doing a good job. It struggled with birds in flight, I never had any chance. If the bird was still then you just had to cross your fingers and hope you got a good one.

In July, we went to Werribee Treatment Plant and I was able to test out a friends lens. It was fast! The quality was clear. And it was affordable!

When cropped, the image were superior to the Sigma photos. I made the decision then to buy one as soon as possible.

Glenn, of course, needs more time then me to make a decision. Eventually, it was Thursday of last week. I was at the Post Office, picking up the lens. Shortly after, I was at the beach testing it out. 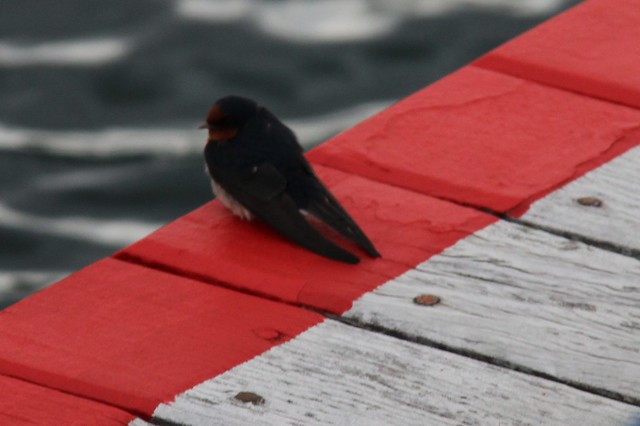 Just using this welcome swallow image to have a break in the story 😛 As as soon as I got to the beach, my jaw dropped.

Last month, Sethy and I were at Eastern Beach and we saw a dolphin. It was the first one I had seen in years but I didn’t have a camera on me at the time. I made the best of a bad situation.

This time, I RUSHED to get the new lens out of its box and out of the camera. I ran, wheezing, after the dolphin fast as I could. It was rather difficult as I was half way through a cold and had been struggling to breath.

I made it onto the pier. It was at a distance, but I was confident I could get one or two clear snaps. I fired off about 30. Then I remembered.

I hadn’t put the memory card in the camera. When I got there, my focus was more on finding a loo (which I found later.)

It was a hilarious but fascinating experience. The weather was worse then the last time I saw the dolphin but there was maybe 1-2 gannets diving around it.

I was disappointed but also too sick to really care. After I had called Sethy and Glenn (in that order), I got on with the very difficult task of testing out the lens. 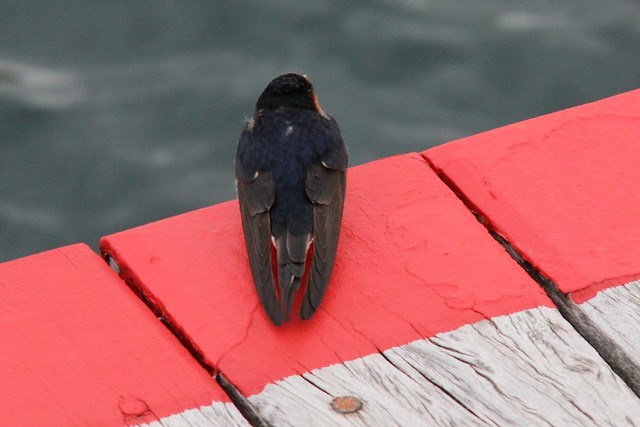 It does focus quickly, which is a major plus. Glenn and I were starting to detest the other lens. I struggled to get it to focus where I wanted to. That is understandable as it was the first time using it and I may have been hyperventilating over a dolphin. I took the above photos to try and get a shot of it singing, but also to show the detail of it’s feathers and markings.

It’s a beautiful bird. Glenn enjoys getting photos of them. I’ll try and see how I can help him get even better ones! 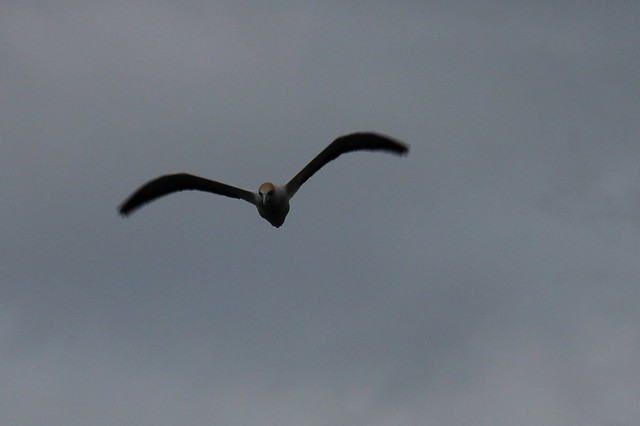 The next goal was to try testing it on the gannets. I assumed there would be more, given the weather. There was one that was flying over so I tried shooting it.

The lens focused rather quickly but, as you’ll see, only one part of the bird was super sharp. That is understandable as it was a test run and I wasn’t refocusing as the bird was moving. Perhaps it would be easier if I hadn’t zoomed in so close? 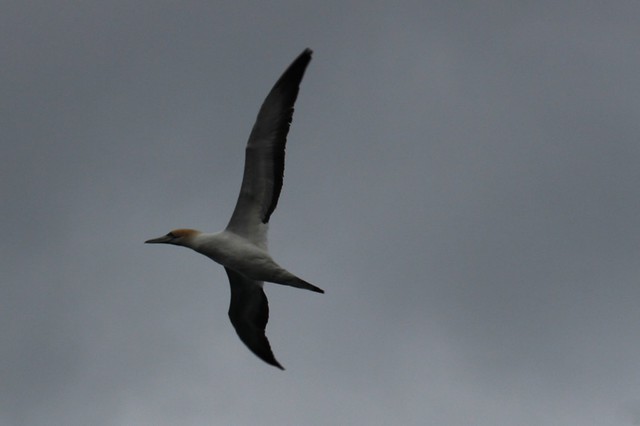 There were times when I was lucky and got a pretty sharp image of the bird. 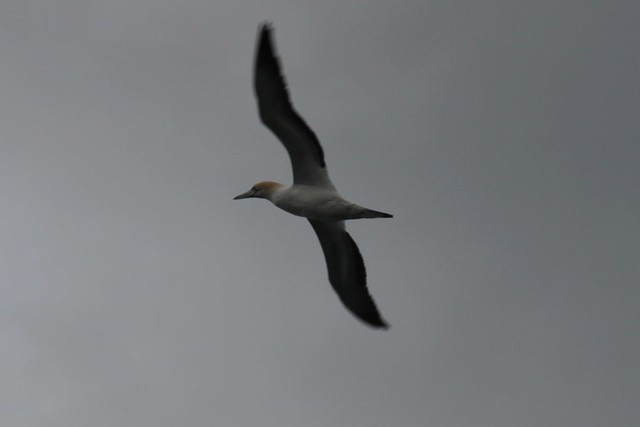 It did lead to some interest blurred shots and I’d love to photograph it. 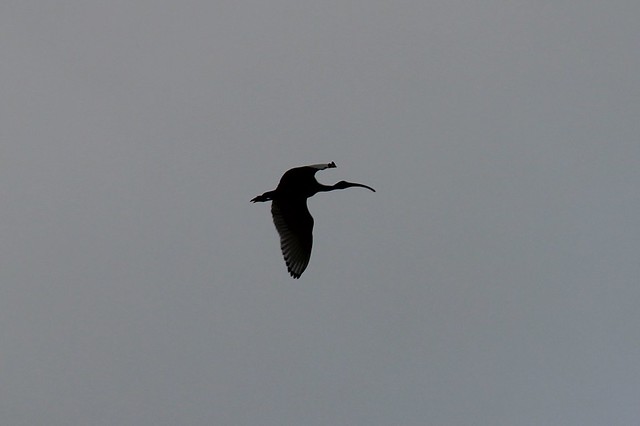 From a distance though it seemed to get a bird in focus, and really crisp detail. 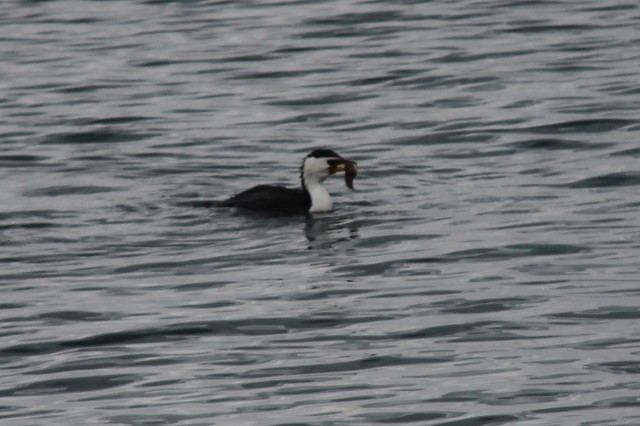 It struggled a bit when I moved quickly from the bird in flight to getting a shot of this cormorant eating. Compeltely understandable as I moved ‘whoooosh!’ rather quickly. There was no way in heck the previous camera could have focused this quickly. The other photos didn’t work out.

This is awesome. It means Glenn and I can sit down and just watch birds in the way, and be confident we can get super clear shots of them diving and eating. Glenn has the lens right now. 🙁 I want to test it again. 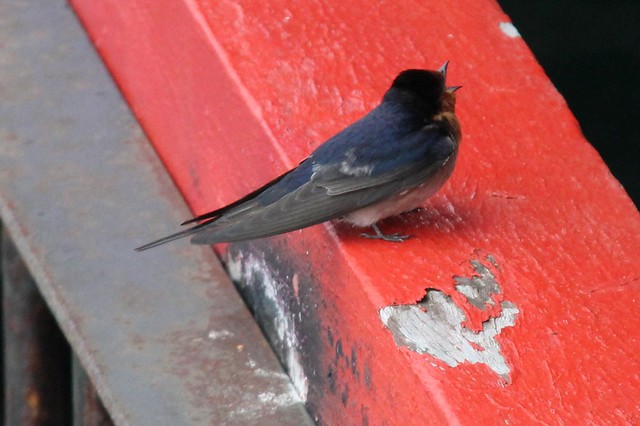 It did a really clear shot of this welcome swallow singing, something we wouldn’t have been able to get before. We could have with the kit lenses but not this good. 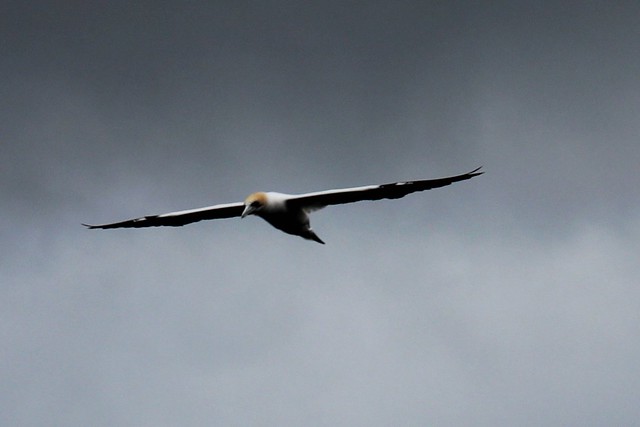 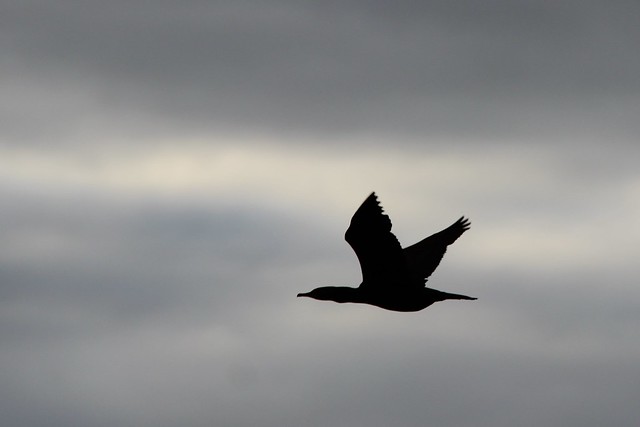 Only took this because it is the type of shot that Glenn loves. 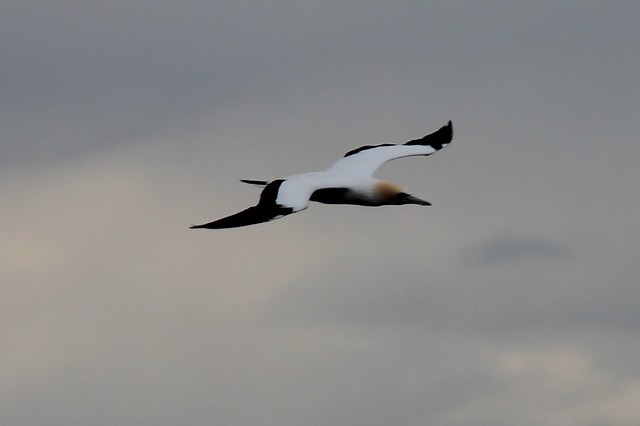 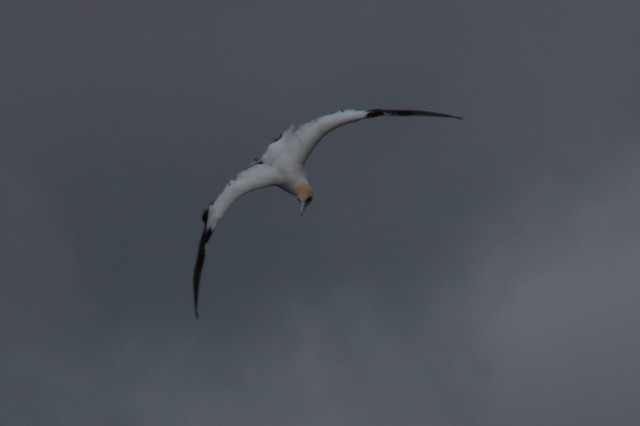 This is the bird as it was about to dive. The lens struggled with these type of shots, as the bird was a fair distance away and the weather was horrid. 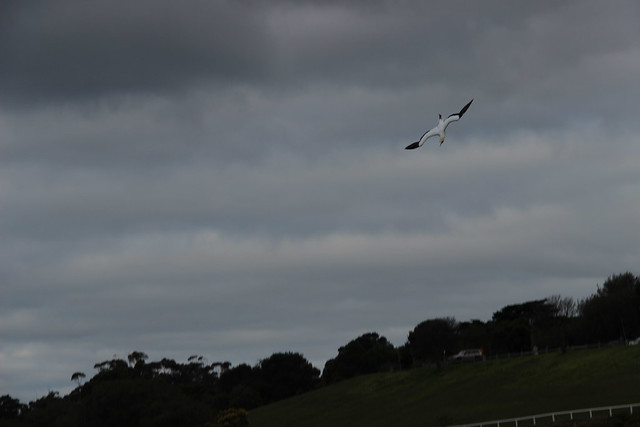 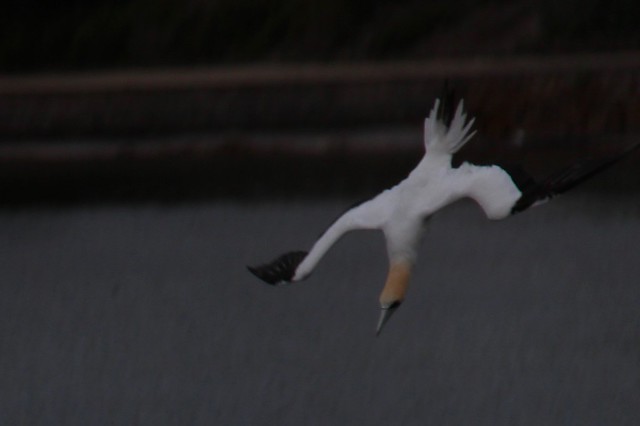 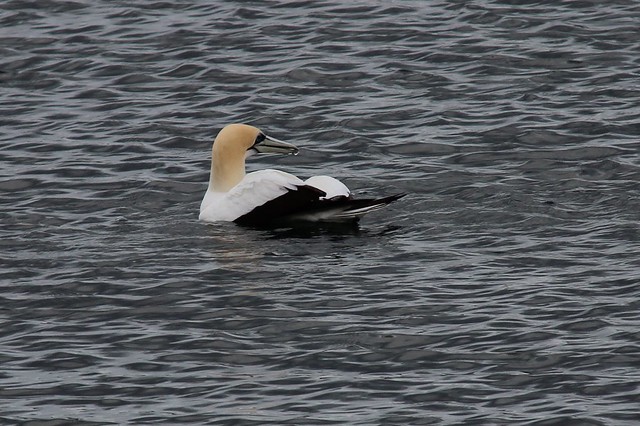 But then you look at the clarity of the shots of the birds once they have resurfaced. DAMN! WOW. What the? 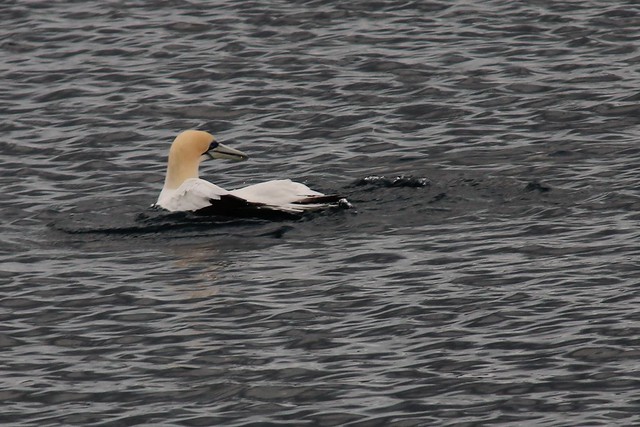 Look at the water ripples spreading from the bird. 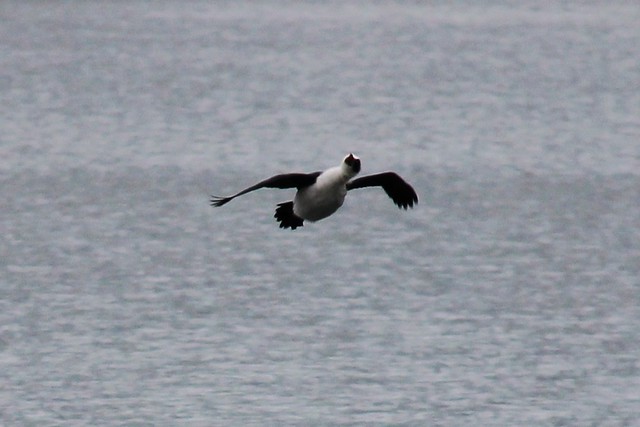 A cormorant looking at us funny. 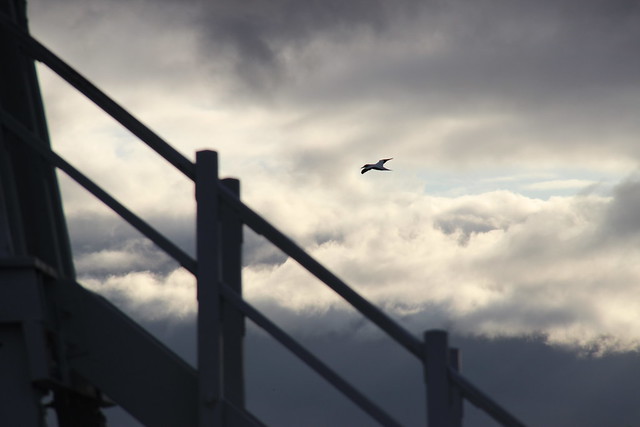 Random photo while I was phoning Glenn. 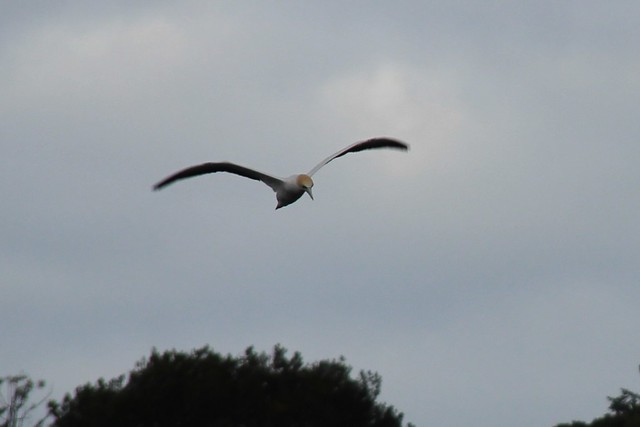 The lens is a Canon EF-S 18-200mm f/3.5-5.6 IS. I was pretty impressed with it. It makes life so much more convenient for us. Before, we could have to take the two kit lenses plus the zoom. Now we just have to take one.

It is about $400 less then the Sigma. I don’t think that was necessarily a bad purchase, as it probably would still come in handy in some situations. We know we have a decent chance of getting the shot now. It means we can be so much more confident. And it can work in a variety of photography situations. We’re pretty stoked.

Glenns friend checked it out and was impressed, saying it was sharp. I don’t know if the other lenses were as sharp in comparison.

Now to convince him to upgrade his Canon body! The 600D has been brilliant, but a friend lent him a much better one and it performed magnificently in low light situations. I’d love for Glenn to get one sooner rather then later and see how it impacts on his street photography. He says he wants to get to know the lens on the current body first.

Then there is my selfish desire to get both an underwater camera and a macro lens 😛 I want to catch different types of wildlife on film. I think we’ll focus on Glenns stuff at first, at least. The plan WAS to get back into the hiking 🙂