To think – I may have seen some of these chicks being conceived. This is why some thoughts should just stay in my head….

Today I checked out various nests at Balyang and Princes Bridge to see how the chicks were faring. They are varying in age and some haven’t even hatched yet, so it has been a fascinating look at cormorant nesting behaviour. I’ve learned that they are very, very attentive parents.

The photos are pretty mediocre. I got the clearest view I could, from a distance. 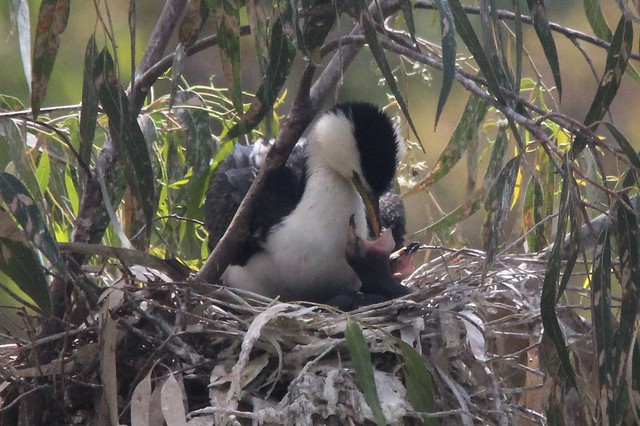 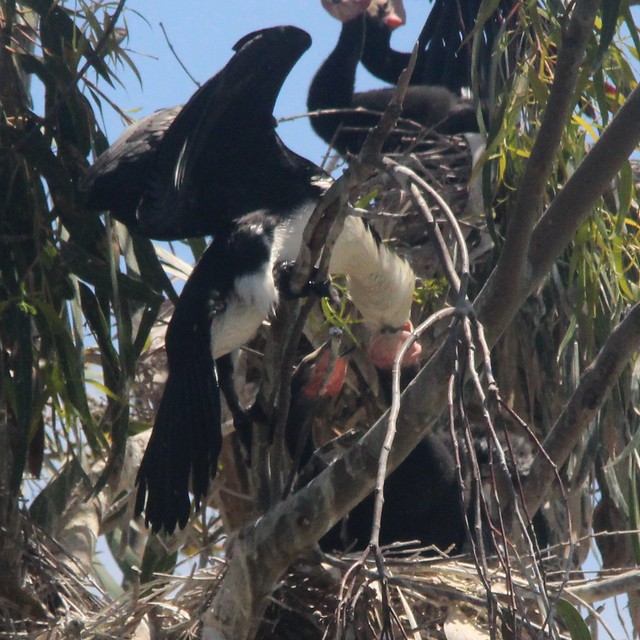 The below photos intrigue me because of the size of the chick. I’m guessing it is around three weeks? There are a large number of chicks at this location; I do wonder how many of them will make it to adulthood. At this point, there doesn’t seem to be any predators. 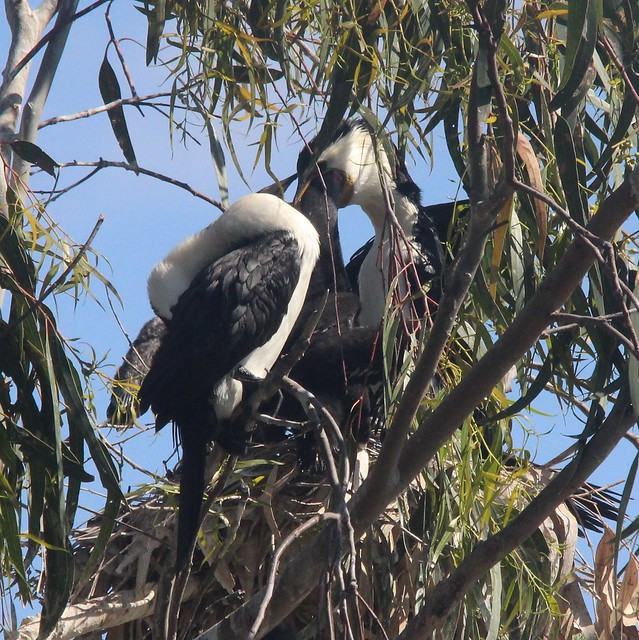 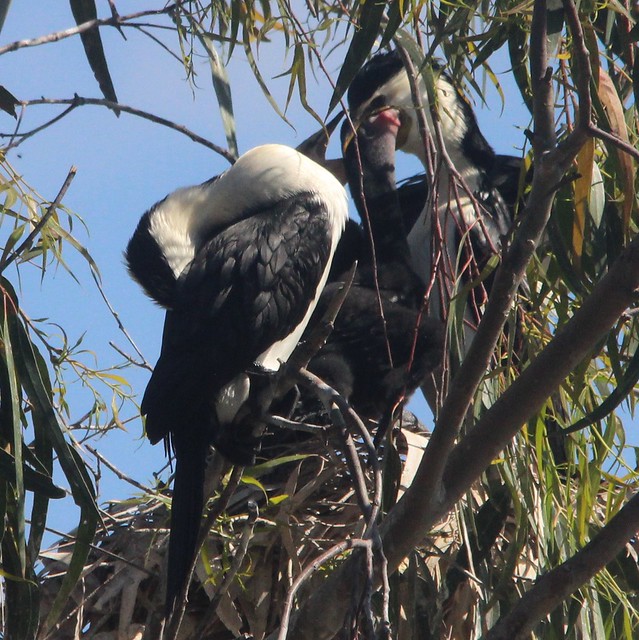 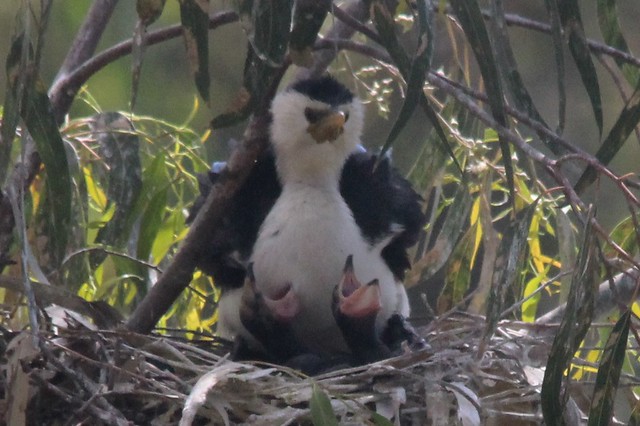 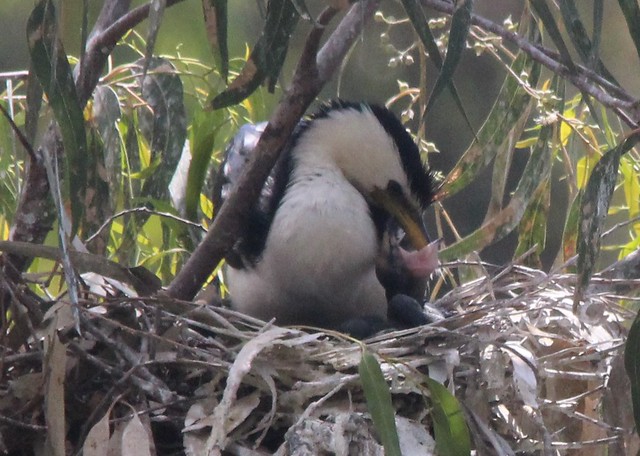 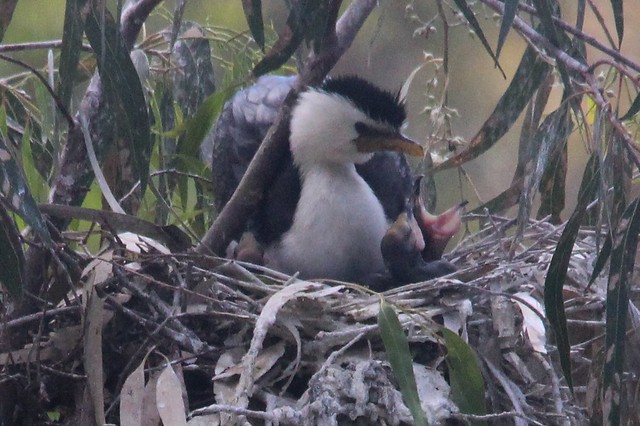 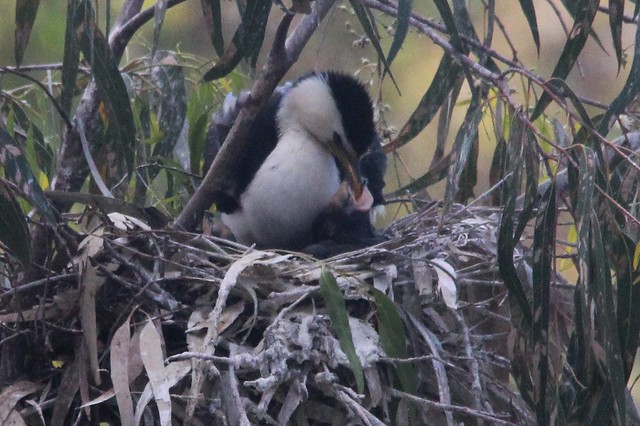 The below two pictures show the size of the chicks once they are slightly more independent. I think they are fascinating as they are developing their features, but are retaining the pinkish face. The feather development is very similar to the darters at this point. 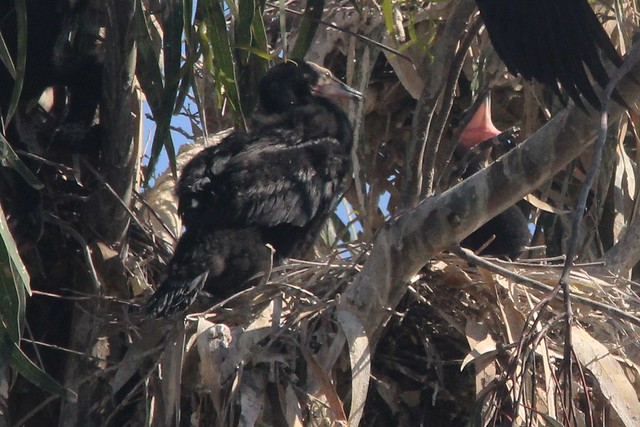 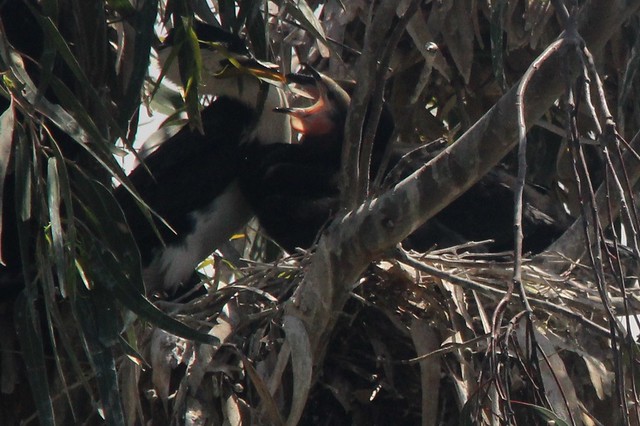 There are three nests that you can see quite clearly at this location. Again, the photos are a bit dull. In many of them you can see their feathers developing. 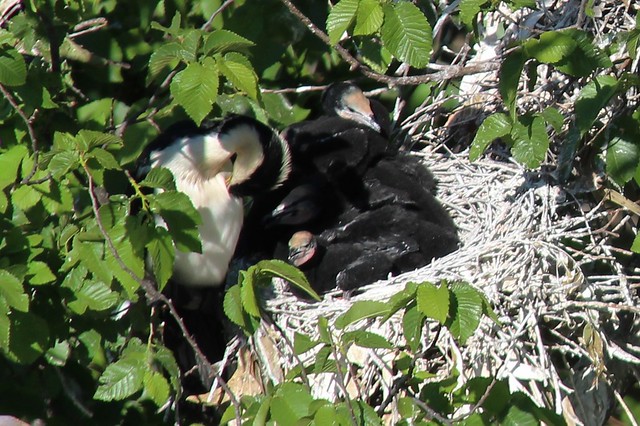 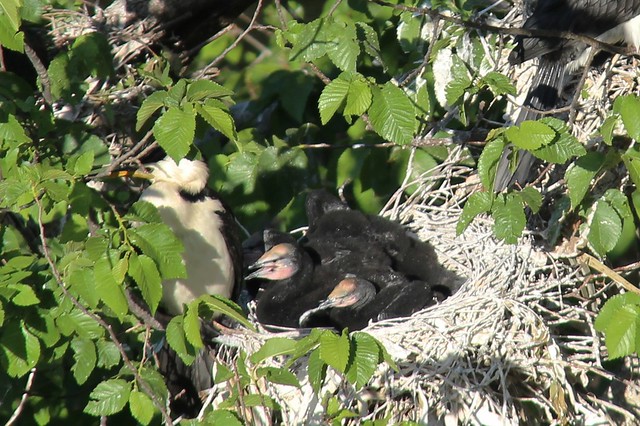 They were still very demanding with asking for feeds though. This adult was working very hard. 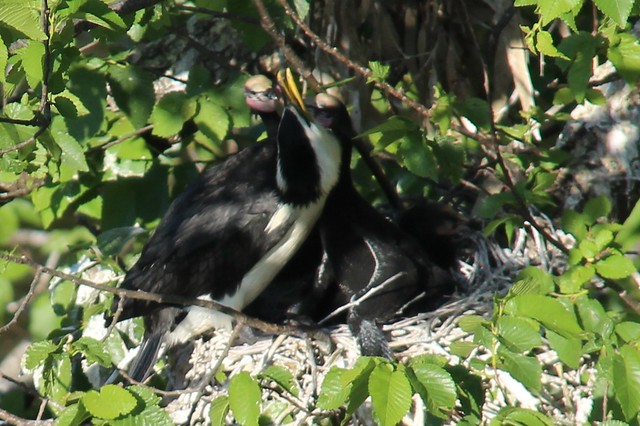 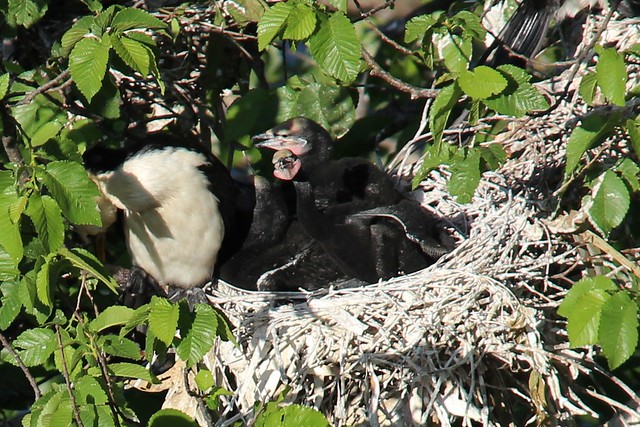 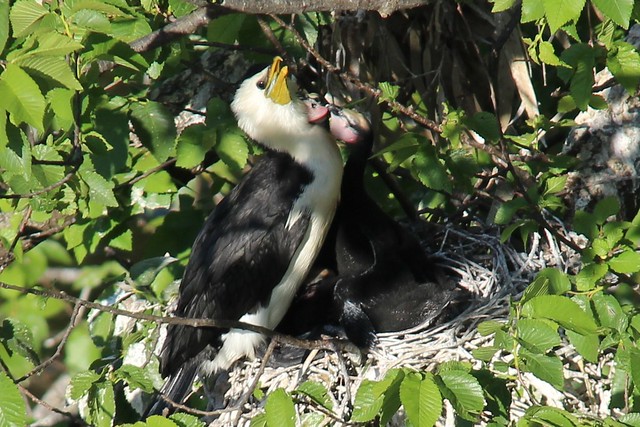 It occasionally led to amusing facial expressions. I love this location for this reason – you can stay for a while and get clear photos of the cormorants. It can get a bit busy on the bridge, but there is enough room for two people. 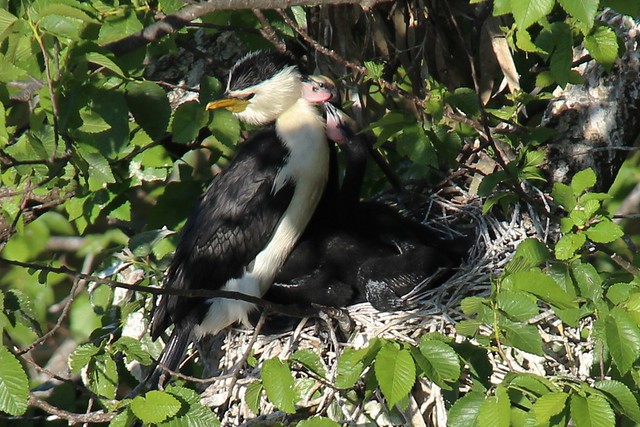 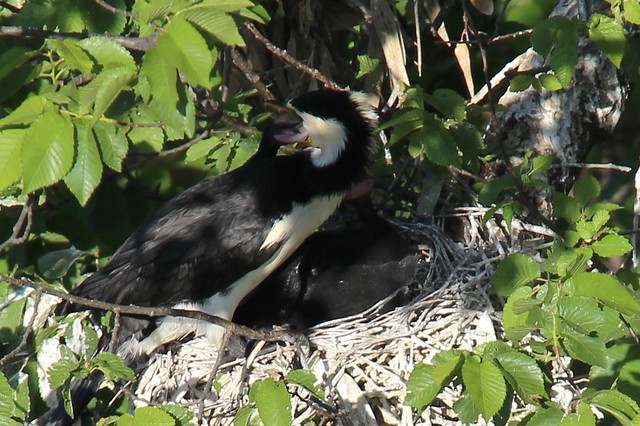 The below photo especially highlights the developing feathers. 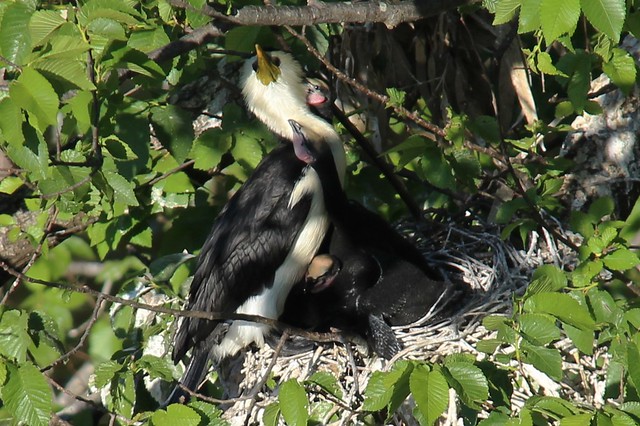 The below adult was using her wing to shade her chicks from the harsh sun, which is something I’ve never seen before. Do other birds do it? 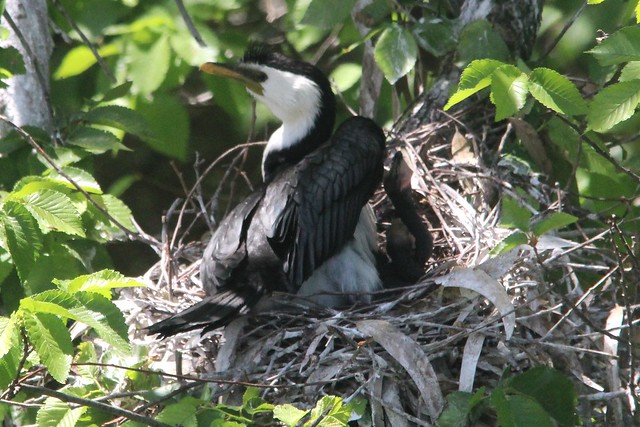 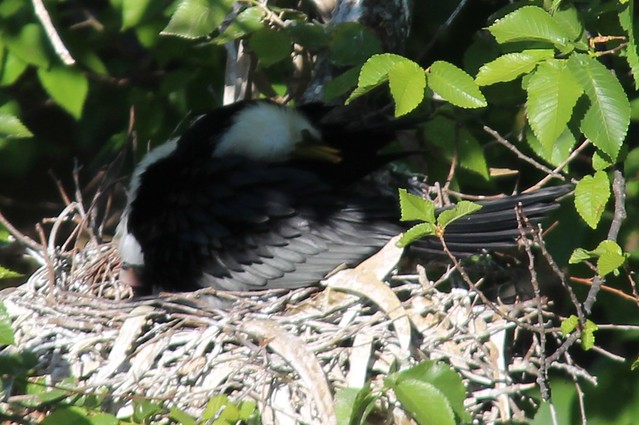 Finally – there are a number of nests where it is a case of ‘blink and you’ll miss it’, as the chicks are that young.

I definitely wont be focusing on cormorants so closely from next year. If I do, it will be more from a photographic perspective and not so much behavioural. This is a unique learning opportunity – even if it is one that bores others. Knowing the nuances of their breeding cycle, and of breeding at Balyang in general, can help others so much in the long run.

I can’t wait to see these guys, and the darters, leave the nest.