Recently, one of my GFNC friends told me that there was a tawny frogmouth family along the Barwon river. It was nesting quite close to the path.

I had seen a nest before at Woodlands Historic Park. I hadn’t been able to get a good view of the nest so knew this was a good opportunity. It was apparently nesting right next to the path. This meant I would be able to get good views, and photos, without disturbing them too much.

I went down there the next day and saw this: 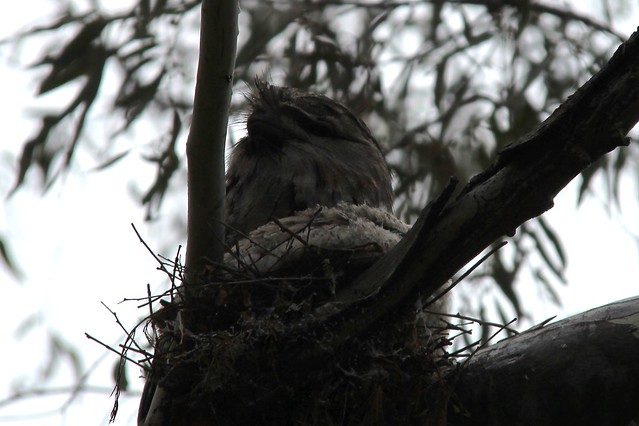 It was a gloomy Saturday. I had bussed it down to this particular stretch and spent 15 minutes watching them, while trying to protect my camera from the rain. The photos were mediocre but I didn’t care. I had seen it! 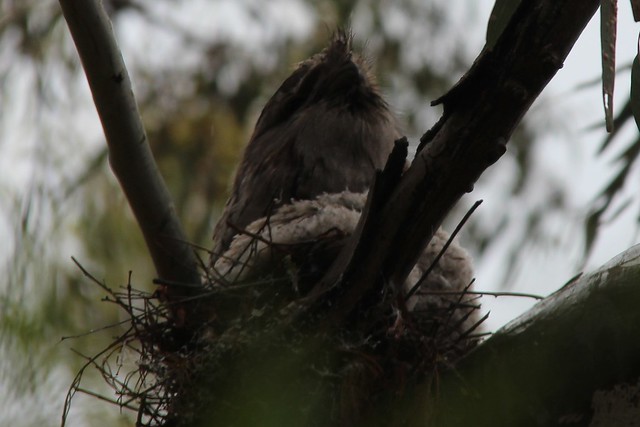 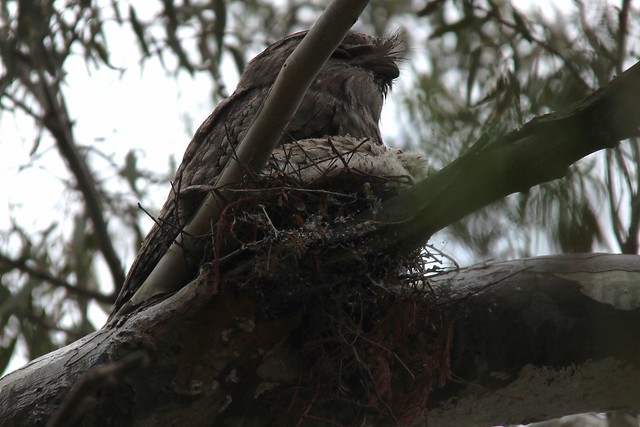 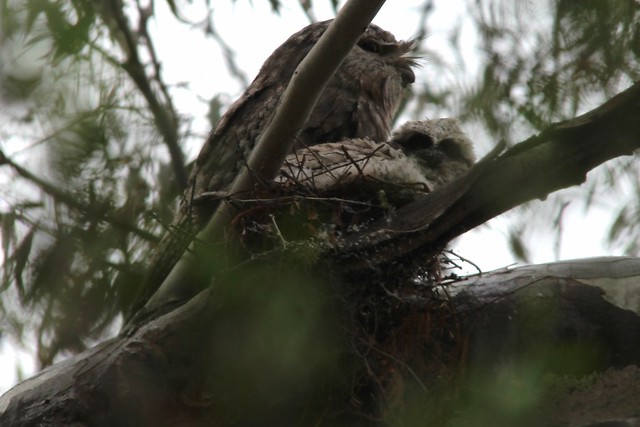 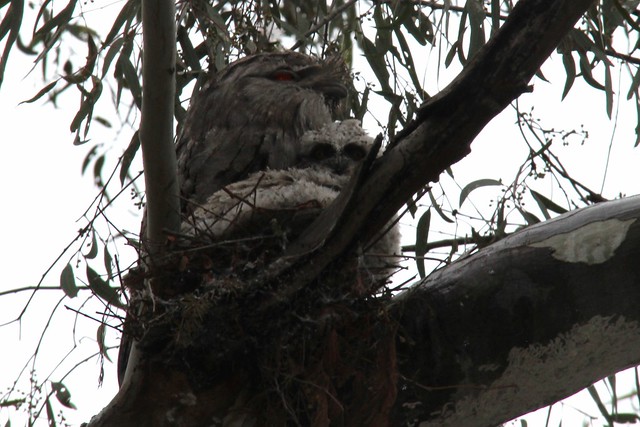 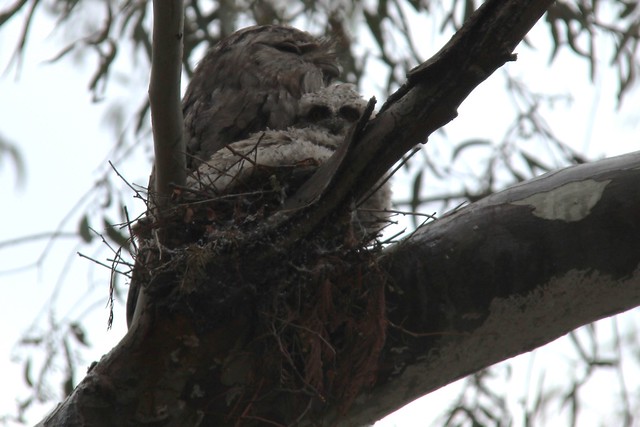 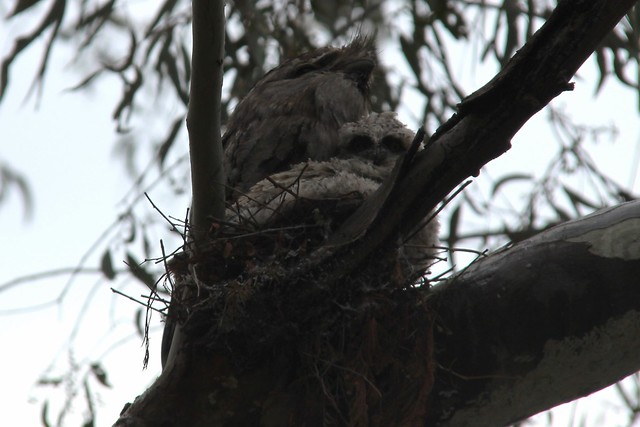 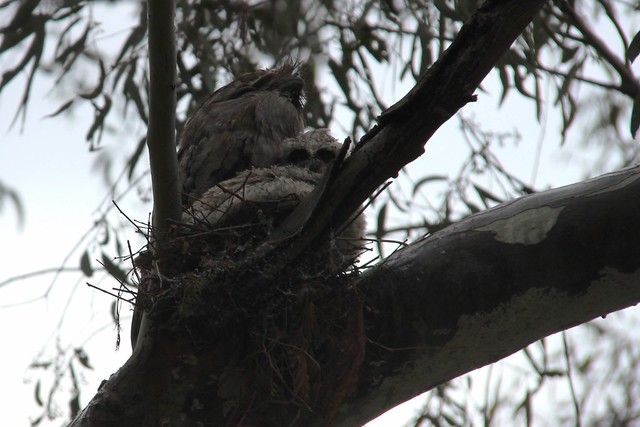 I went down there to show Sethy and mum the next day. They love wildlife and I knew they would love seeing it. It was considerably more sunny and both of them were out. I got some magnificent photos. 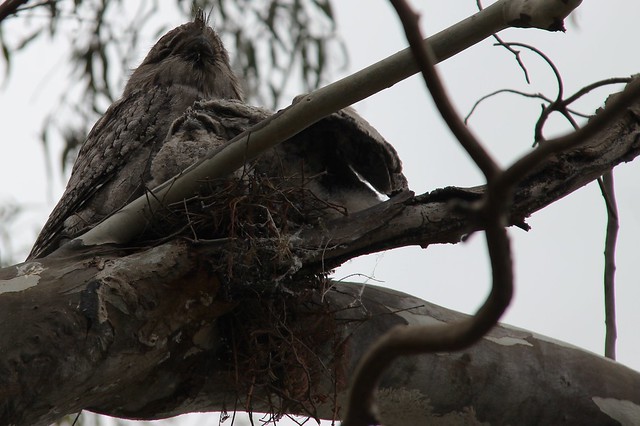 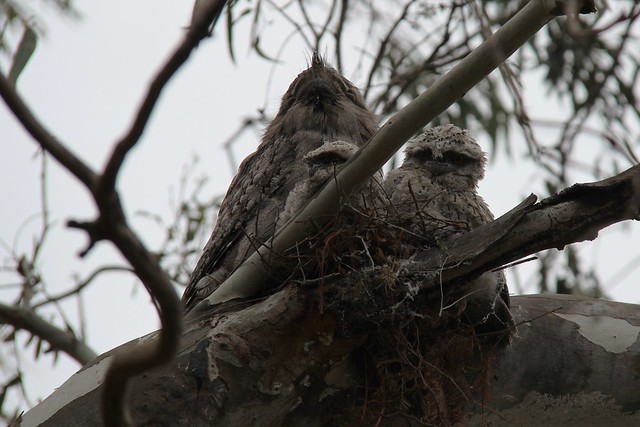 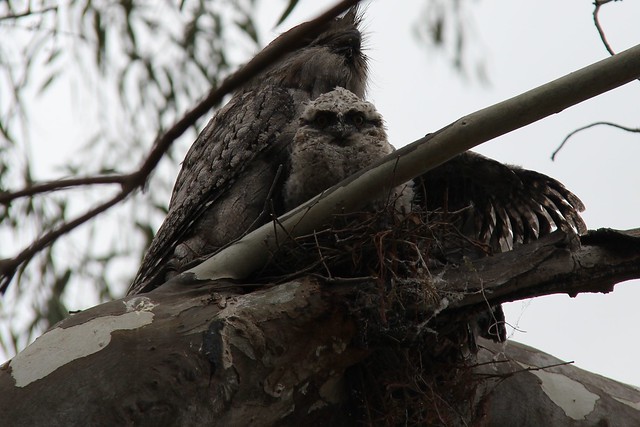 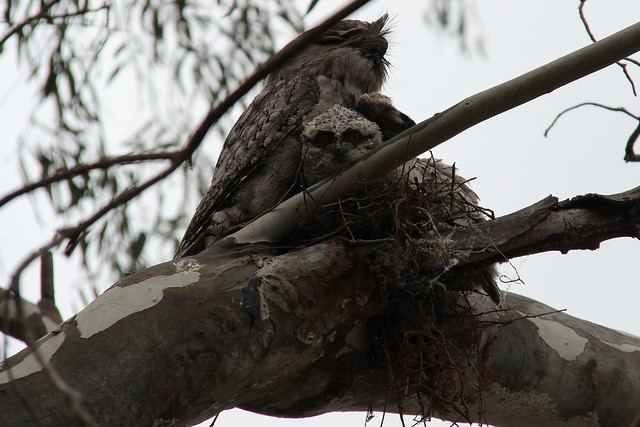 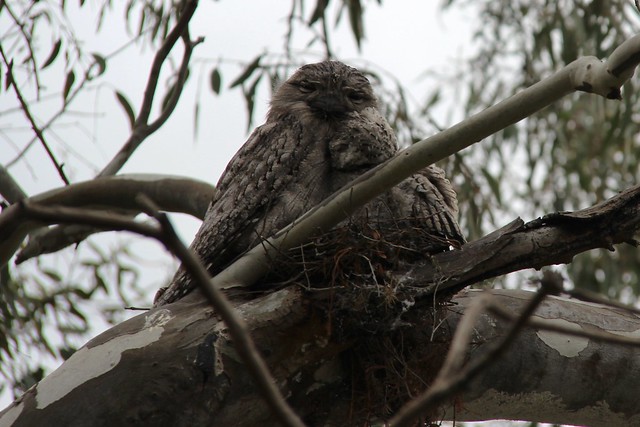 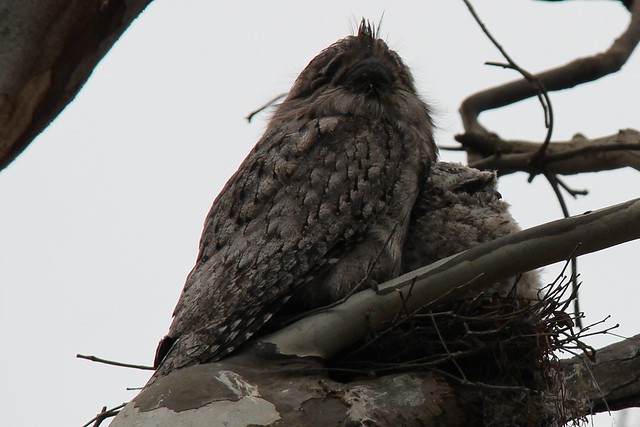 The above photos were taken on the 10th and 11th of October. Earlier this week, on the 26th, I saw this. 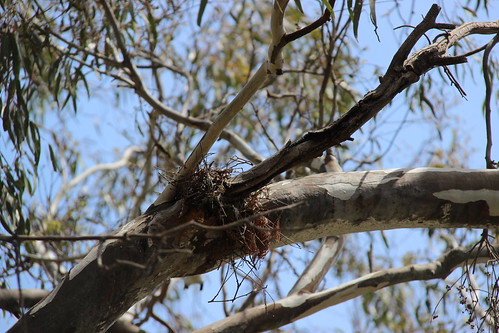 They weren’t there. It was slightly too early for them to fledge. Something had happened to them. Whether predator or weather, I do not know.

The ending is sad but I was able to learn a lot from the experience.

I also read that the clutch size is different in different areas. I will edit this post accordingly when I have my book.

There is another family a little bit further up. They are nesting further away from the path, and about twice as high. I hope they have better luck.