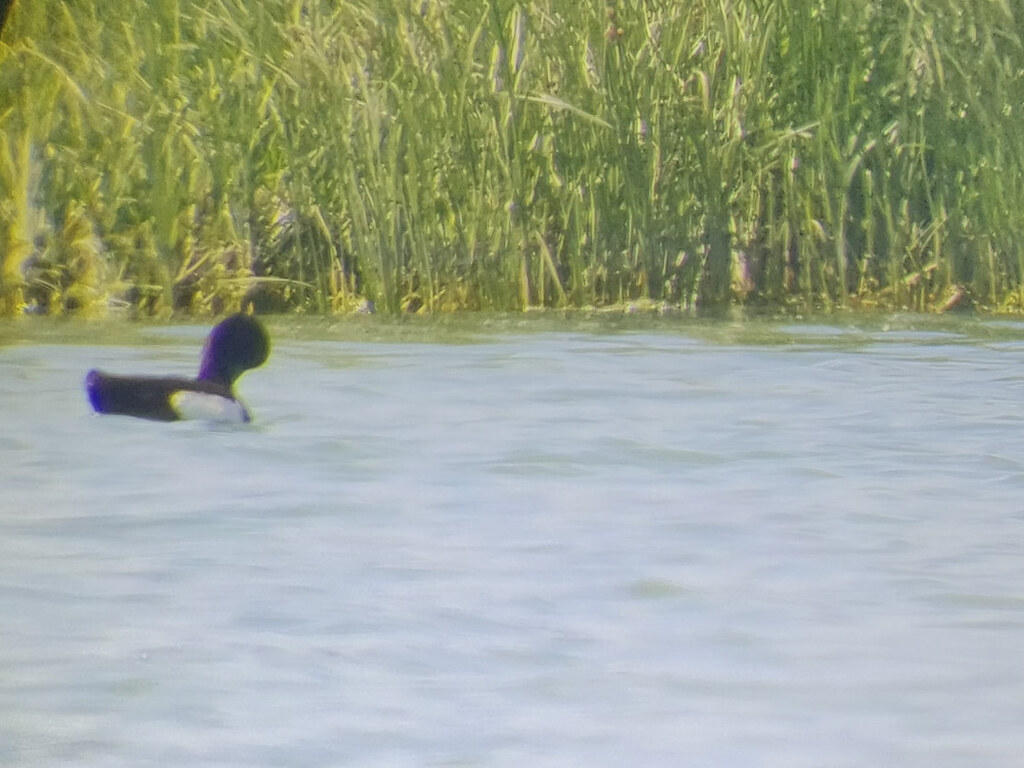 It’s hard to describe just how shitty the past few years have been for me as a naturalist. In 2016, I realized that I was having issues with my anxiety medication and started the process of trying to find the right one. We ended up settling on the old one. My migraines, which had previously been an occasional annoyance, had progressed to the chronic stage. For half of the year I would either be in a state of pain or suffering from what I call a ‘migraine hangover.’ I was disorientated, exhausted and stopped leaving the house in summer. The rest of the year felt like playing catch up.

As a result, I didn’t bird as much. I didn’t participate in group activities due to being physically unable to, but I also stopped participating in Facebook groups online. I couldn’t handle the jealousy. As a result, I dropped off the radar of most of my birding friends. I would watch as a mega was sighted and most birding friends would rush to the site… all while I was housebound. It sucked and I struggled to cope with it. I dropped off the birding scene and was tempted to leave the online communities I was a part of. I decided that I would prioritize parrots when birding in the future, as they were the only species I was willing to get very sick for.

In Spring, 2018, I went off the contraceptive pill and my migraines mostly stopped. I could bird again! I didn’t bird that much, though, as I was busy attempting to finish my first year of uni and trying to get my life together.

This is a somewhat depressing opening for a blog post about a duck, but it’s all relevant. Yesterday, it was reported that a tufted duck was seen at the Werribee Treatment Plant. They had never been seen before in Australia and the plant is about 25 minutes from my house. AHHHHHH!

A couple of mates were already out there. I don’t drive and, due to my inactively online, wasn’t someone people thought of when arranging a twitch. Normally I wouldn’t care or would shyly ask if anyone could help. This time, though, I was getting desperate. Fortunately Carolyn texted just as I’d posted a request for a lift on Facebook. I very rarely speak on the phone to people outside immediate family but I called back. I don’t think I’ve done that in the 3-4 years I’ve known her 😉

I arranged to get picked up, quickly washed my armpits and found the cleanest dress and met her out the front. We got to the road leading to the treatment plant. And got stuck behind work equipment travelling extremely slowly. 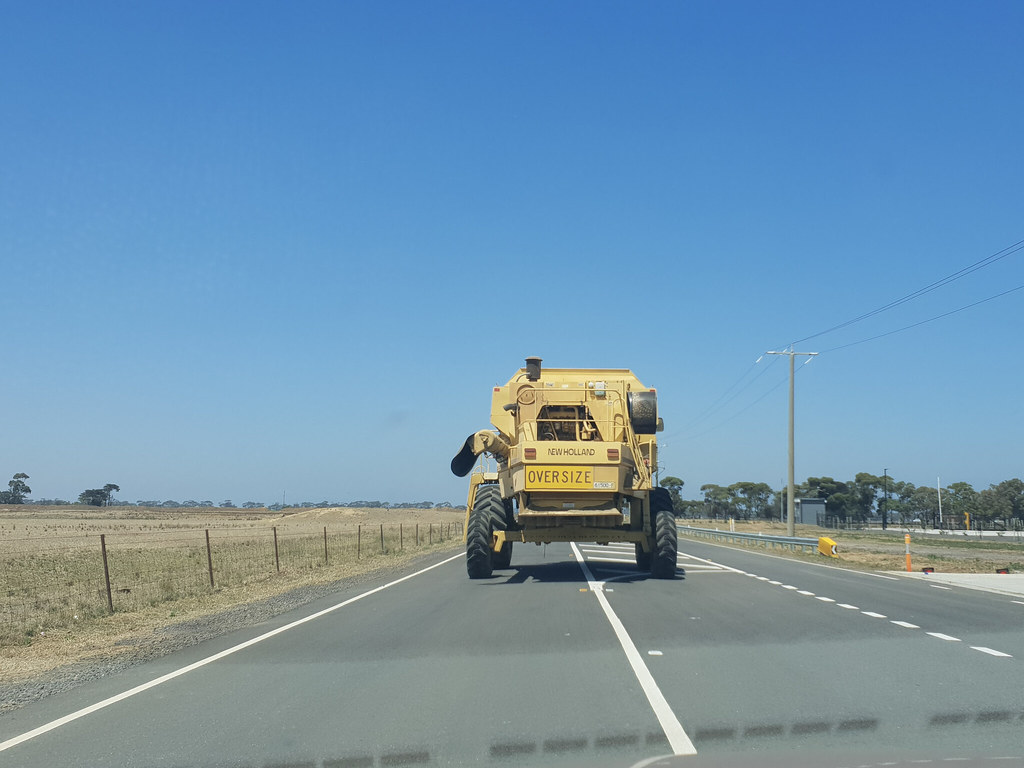 I was so happy just to be there that I wasn’t fussed. Facebook posts were keeping us up-to-date and the bird haven’t moved. It was then that I realized my obsession does extend beyond parrots. I have a soft spot for ducks, gulls, honeyeaters and a few other bird families I’ve seen regularly around Geelong. Balyang became a regular haunt and I’d sought out many of the duck species around Geelong. They are fascinating, although not enough to travel interstate to twitch. 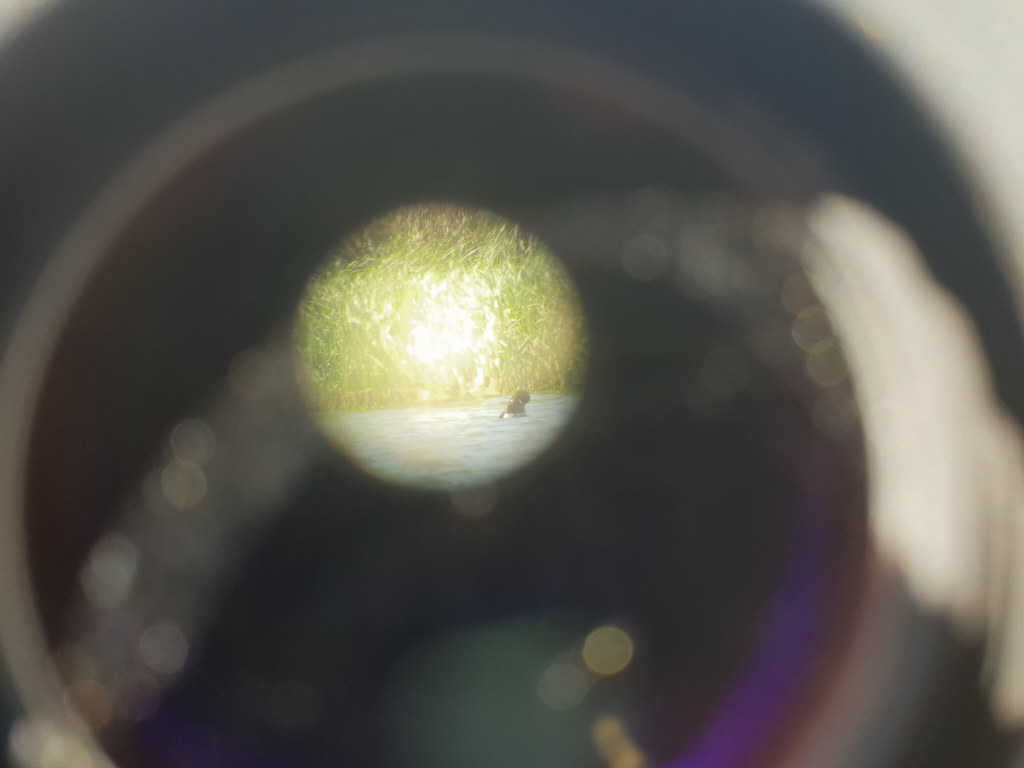 We got there and found a group of about 10 people. More cars were pulling up as time passed and people managed to get there. We bumped into Bruce, who I’d only met once before. I wasn’t the most lucid when I’d first met him as, ironically, a migraine was brewing. We hugged and I was allowed to use his scope. I have so much more respect for those who manage to get decent photos through scopes… and am now seriously considering updating my gear.

Ran into a couple of other mates who I hadn’t seen for years. It felt so awesome and peaceful to see them again. Then I ran into James Cornelious!

James and I have been mates online for ages but have never actually met up. He’s a really skilled birder and has similar interests in plants and birds. He’s a genuinely good guy that I had wanted to catch up with but I tend to bird at a much slower pace. 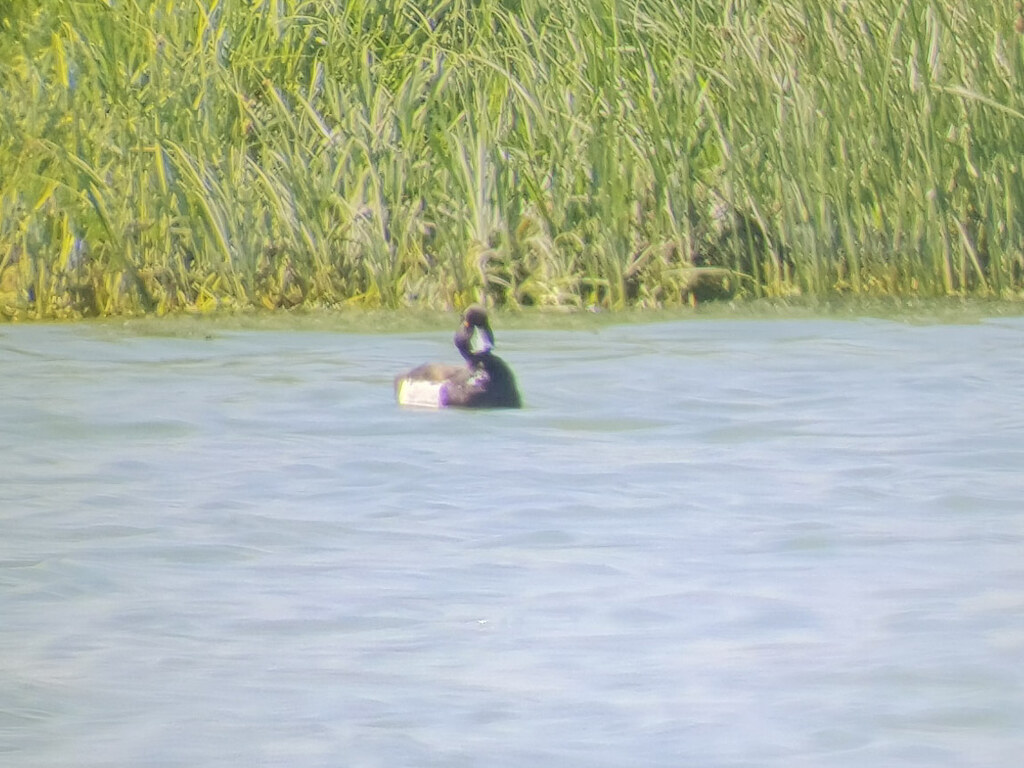 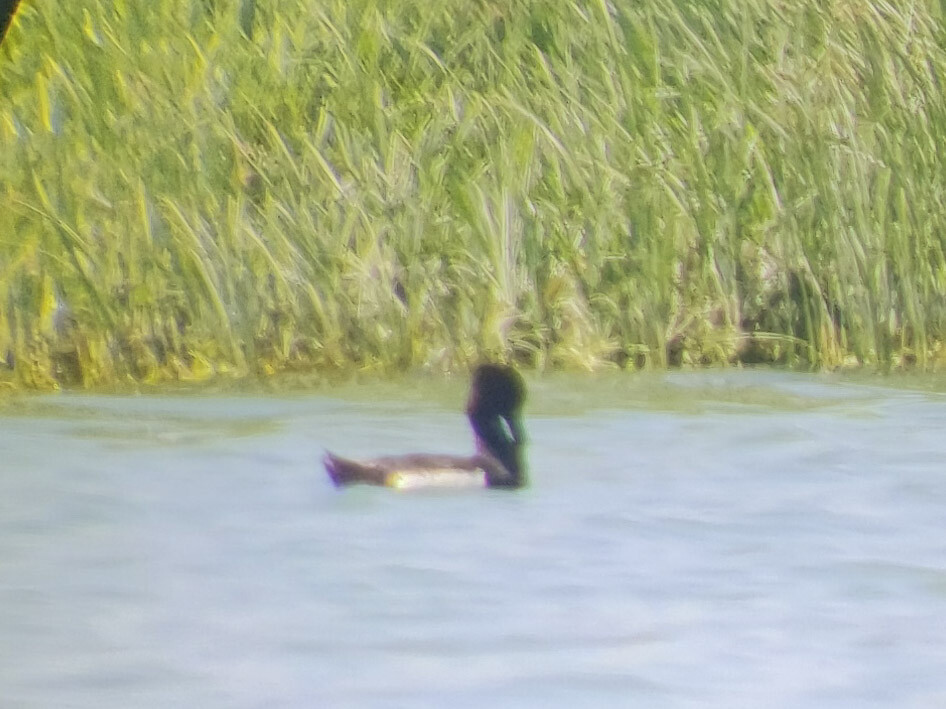 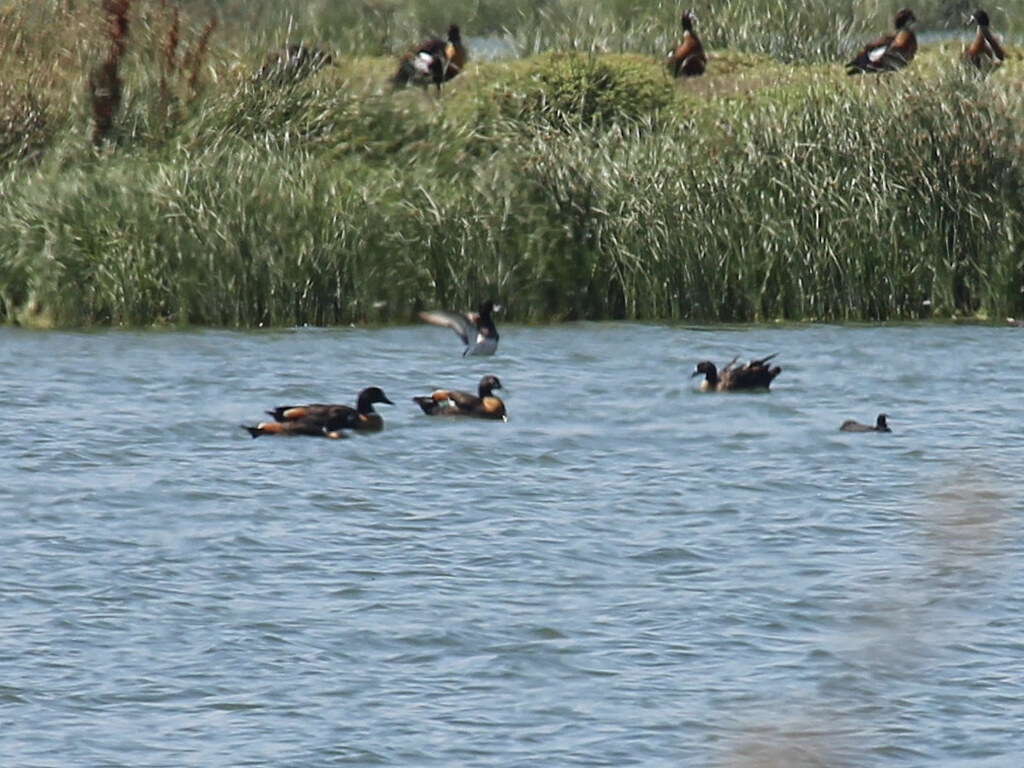 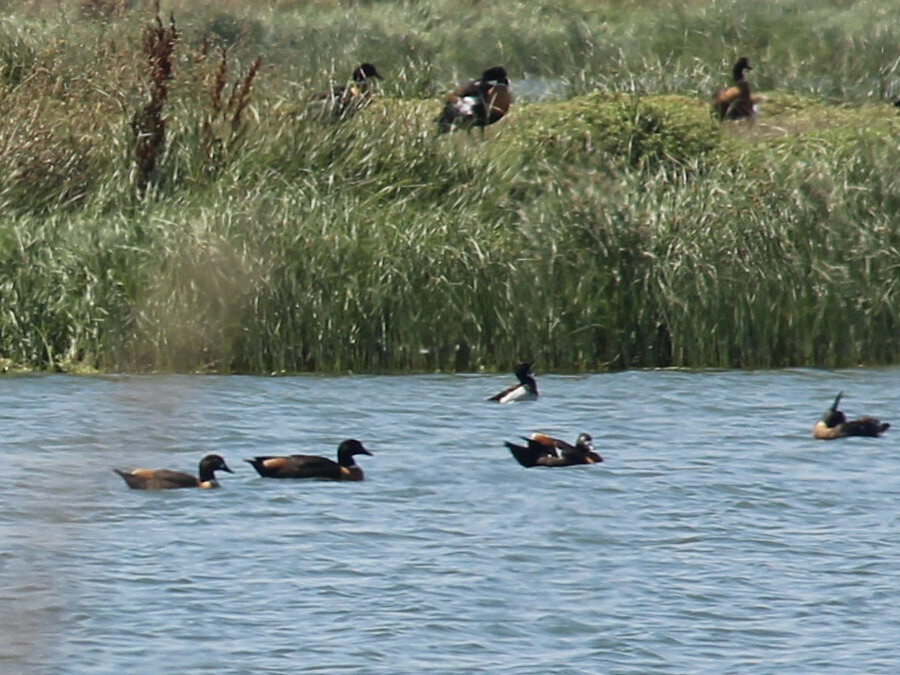 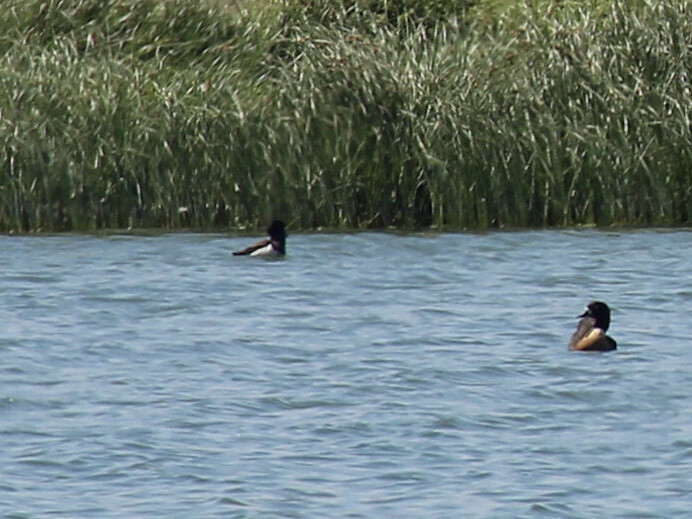 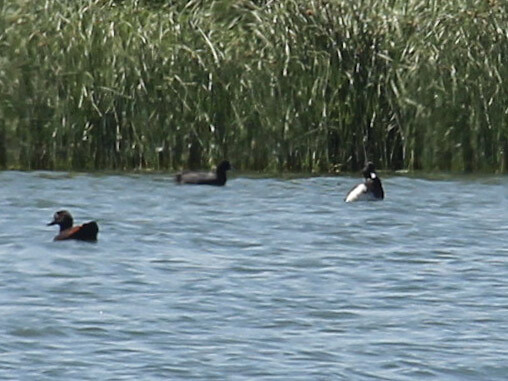 The duck belongs to the Aythya genus which is the same genus as the hard headed duck. There are physical similarities and it can be easy to see how no-one picked it up before this. The white on the chest extends a little bit further. Apparently the eye is a different colour, however I couldn’t get a good enough look at this. It has a tuft on the back of its head which led to a couple of comments about it being bogan. I actually thought it looked quite nice 🙂 There was a smart-arse comment about it being from Corio, my suburb, which is the type of comment I would have made when I didn’t actually live here.

It was a brilliant birding experience and reminded me about why I love it so much. I had to become tougher mentally to deal with all of the experiences I was missing out on but am finally starting to relax. I’m able to enjoy birding without feeling guilty again. I can see myself spending hours here just photographing the terns and stints. I’ll never care about birds to the same extend as most of my friends and that is fine. I’m enjoying nature in my own way.