I have a slight obsession with animals.

I am the type of person that would spend thousands of dollars in travel to see certain types of rare animals. I know the scientific names for many bird species. I have books on identifying animal scat. I love learning about them.

In general, though, I hate zoos. They are often too big and have too many animals. I kinda prefer the wildlife parks that you get in regional towns, such as Jirrahlinga here in Geelong. I like the intimacy that allows you to get a closer look at the animals.

I fell in love with the zoo. I know that my visit doesn´t reflect a normal one, as we got access to the zoo before it had officially opened. We didn´t have to compete with other people to get photos or anything. But gosh, it was a highlight 🙂

Most of the photos I´ve taken at zoos aren´t that great. Either the animals are at a distance or they are behind a fence. Here, there was a platform that allowed us to see the Giraffe up close to it´s feeding station. Here is a picture that Glenn took: 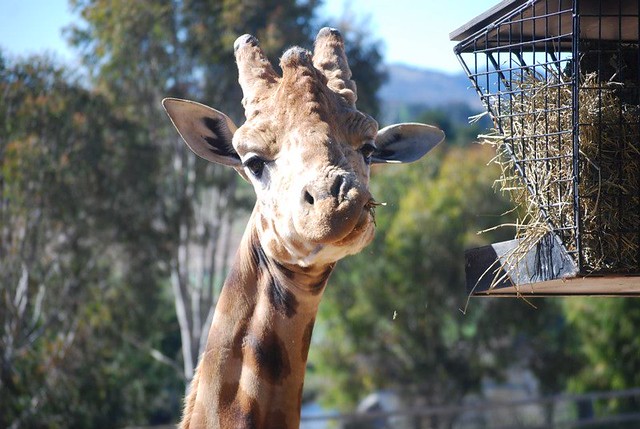 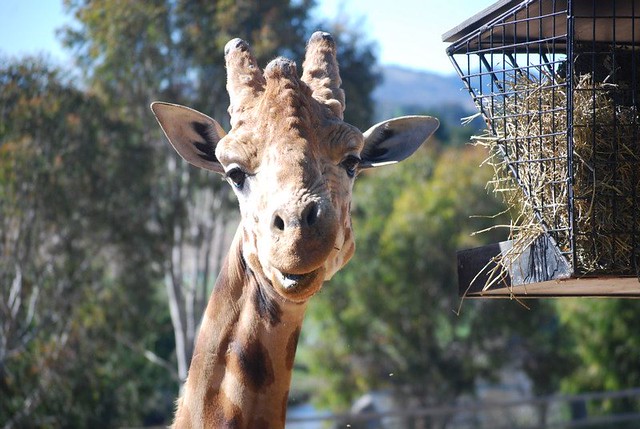 This was taken with a 55-200mm lens. We spent a lot of time here just snapping away, as the closeness allowed us to concentrate on the animals facial expressions. It was a real highlight.

They only had a small percentage of the animals that you would find at a normal zoo. There is a large variety of big cats, a couple of African and native species and an aquarium. You can see the full list here. I liked this, as it meant that we could properly spend time at each area and just watch the animals. It just felt so intimate, which is something that you wouldn´t expect at a place with lions and giraffes. 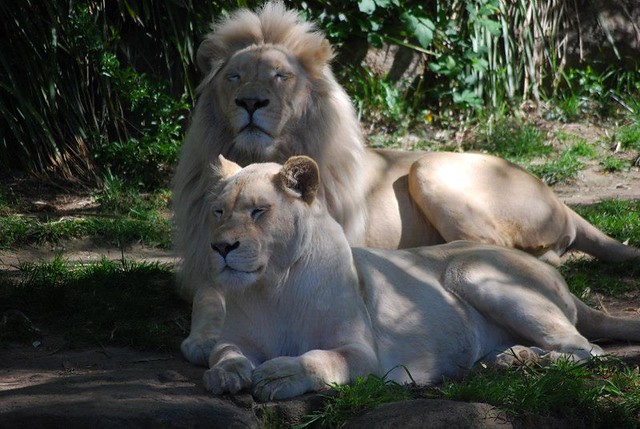 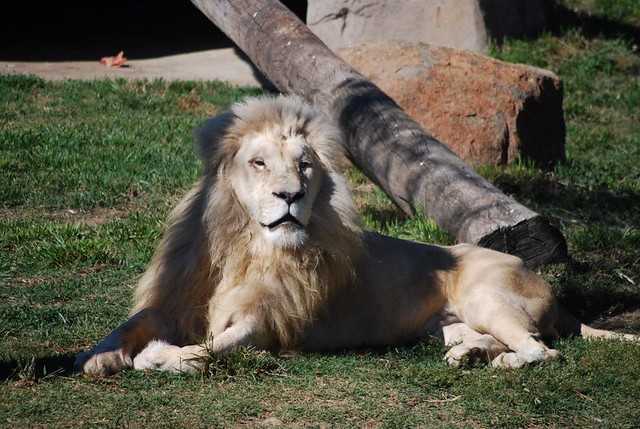 It was a photographers dream. I´d just showed my nephew scenes from the lion king so he was pretty excited about how close we got to Timone. 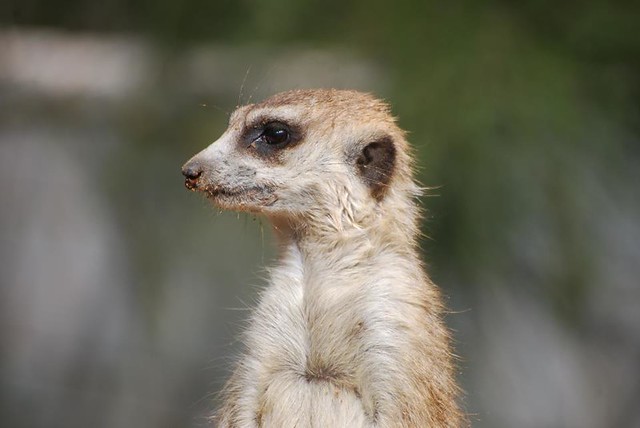 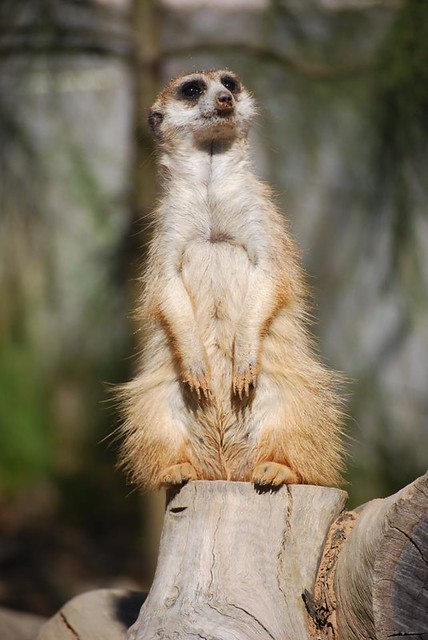 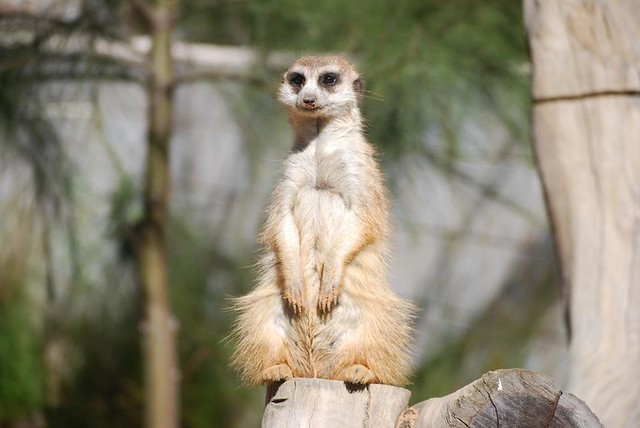 This is one of the things that I LOVED about the zoo. It reminded me a lot of the local koala and wildlife sanctuary, Jirrahlinga.

I love Jirrahlinga. It is really intimate and not overwhelming. It allows you to get up close and learn about the animals, and occasionally come across one roaming through the area. 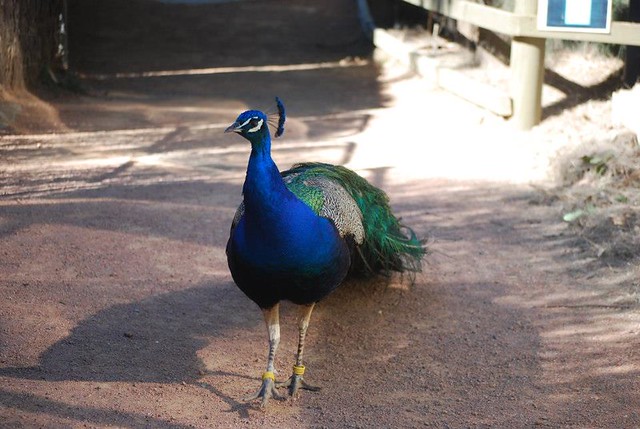 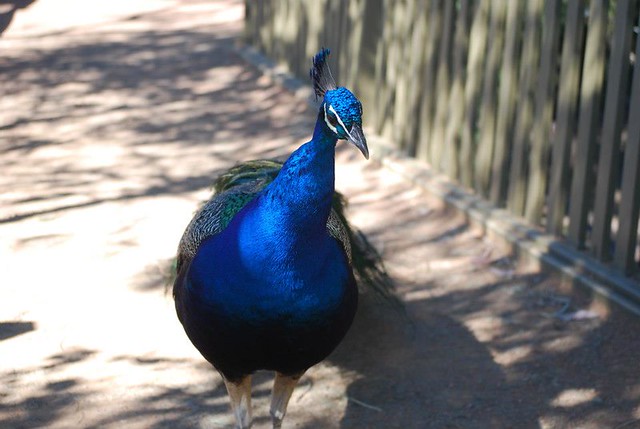 That is what happened with this peacock. We saw it walking along the path and Glenn kneeled down to get a photo. It kept on walking up to him and he had to move back… until he just let it pass. That is the type of thing you don´t get at the ´bigger´ zoos.

It really did feel like we got the best aspects of different type of zoos. I normally wouldn´t have gone here, other then for the animal encounters. After visiting, I believe that this is the type of zoo I would prefer to go to in the future. 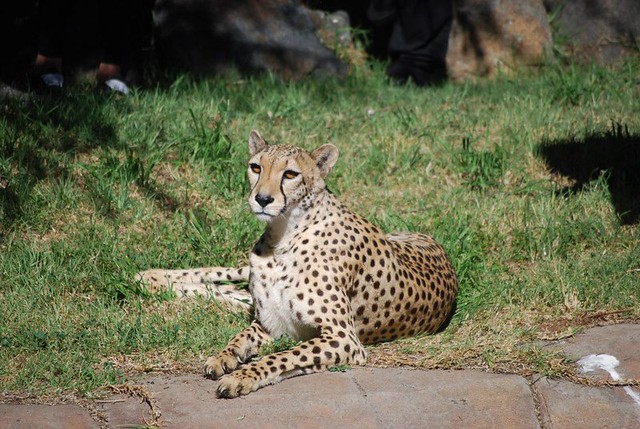 The zoo is famous for it´s up-close encounters. The most popular option is meeting a cheetah. I actually had this experience on my bucket list, but wasn´t sure it was worth flying up to Canberra to do this.

I didn´t get to meet a cheetah. I did, however, get to pat a shark. 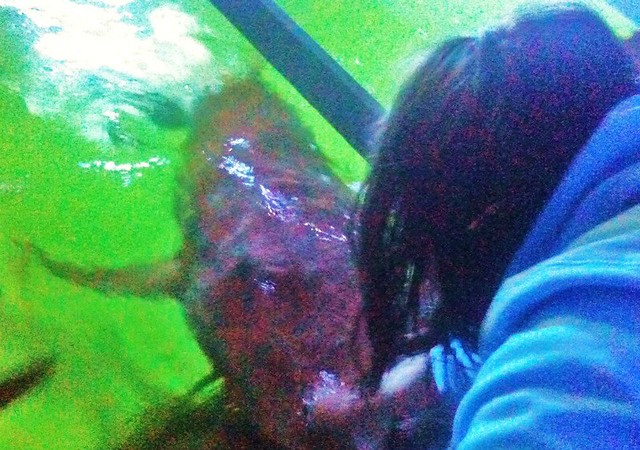 Now, this is what I loved about the weekend. Most of the conversation is about how people were given freebies in return for commenting about stuff. Well, I saw it as a way to start conversations. My favourite conversation was with my 4 year old nephew.

I texted home to tell him that I was getting to pet a shark. He called up just before I had the experience and wanted to know all about it. I showed him the pictures today and we talked a lot about the animals at the zoo.

It was a fantastic experience. Sometimes, during the Human Brochure weekend, we got a level of service that most ´regular´ people wouldn’t get. The only special thing we got here was that we got to explore the zoo before it officially opened. This made it easier for us to learn about the animals and get decent photos. Anyone can do the stuff we did.

I recommend this zoo if you are in the area. The close up experiences are really great and it was awesome to learn about what they are doing for animal conservation.