Yesterday, I had the pleasure of birding with Carloyn. She had offered to take me to Avalon Beach to look for the elusive tattler and then it hit us. Why not go to the You Yangs and Serendip Sanctuary while in the region? I’d been wanting to go to both for a while now and Carolyn is very knowledgeable about her local patch. It was one of those accidental adventures that turned into awesome day.

(Most birding days are awesome but you try telling that to my anxiety disorder. I dread EVERY time I leave the house.)

We did a walk from the information centre to the base of big rock. It was really interesting for me I had gone to Big Rock with Sethy in September, 2014. I love the You Yangs but I haven’t had the chance to explore it properly. I could easily see it becoming a regular haunt… if I drove 😉 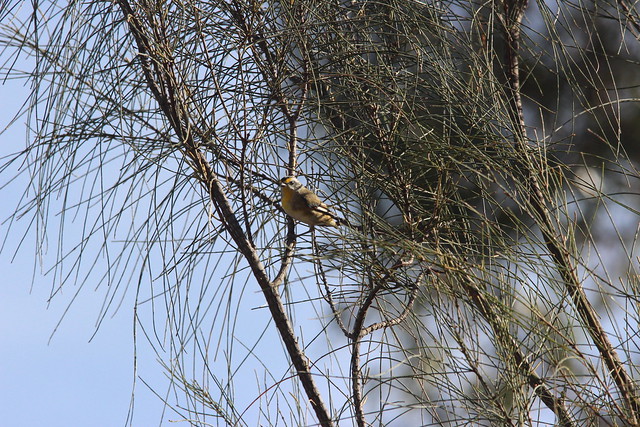 One of the first birds we saw was a striated pardalote. I couldn’t tell them apart by looking at them until I got home and was able to see the differents between spots and, well, slight streaks. I can’t tell them apart via call yet. This will hopefully come in handy! I got photos of the bird from multiple angles to help me ID it later 😉 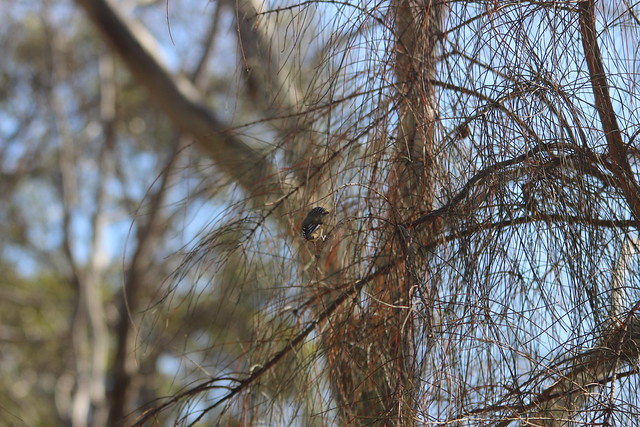 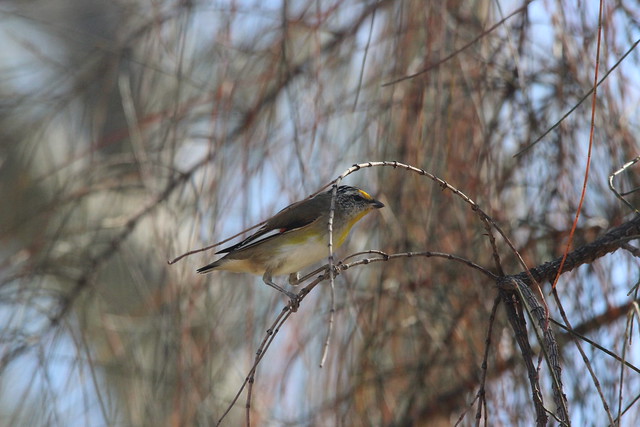 I was also fortunate enough to see a large group of white winged choughs. I think that they are a bird I’d love to get to know better, they have interesting personality. They are a very social bird and are easy to tell apart from ravens. 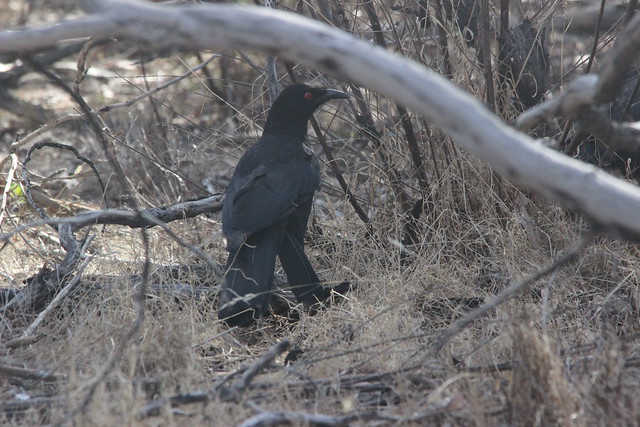 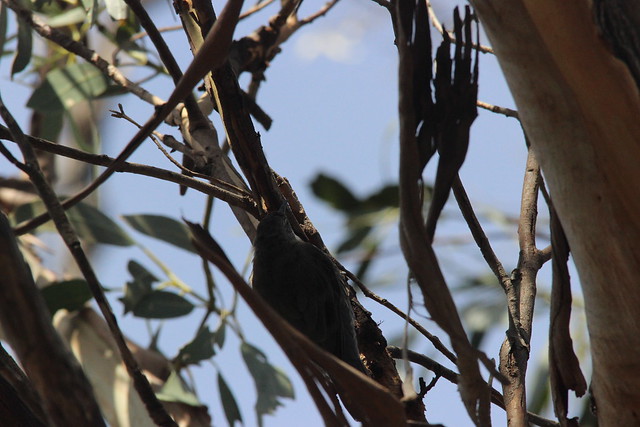 Oh hi white browed treecreeper. Didn’t know how awesome the You Yangs were, or that tree creepers liked this type of bush. This is why I love group birding so much. 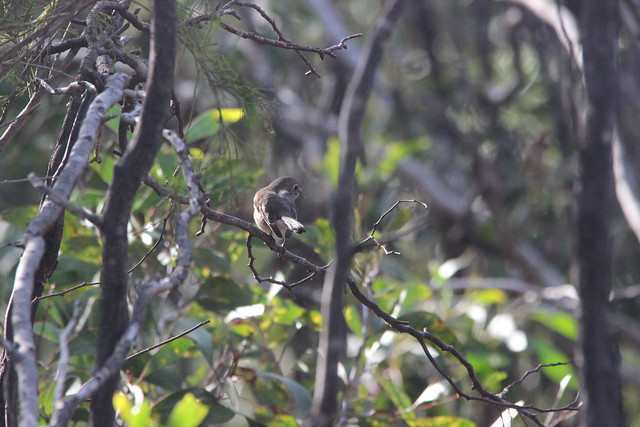 This may be the rufous whistler. Was so thankful to Carolyn for explaining the colourings to me. You can get more information about them at Birds in Backyards. The following two pictures are much, much clearer: 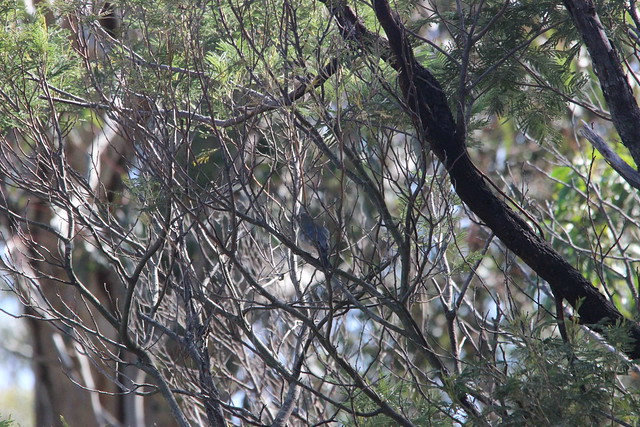 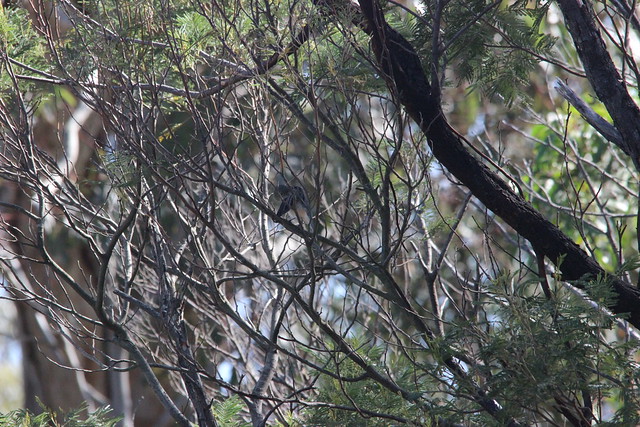 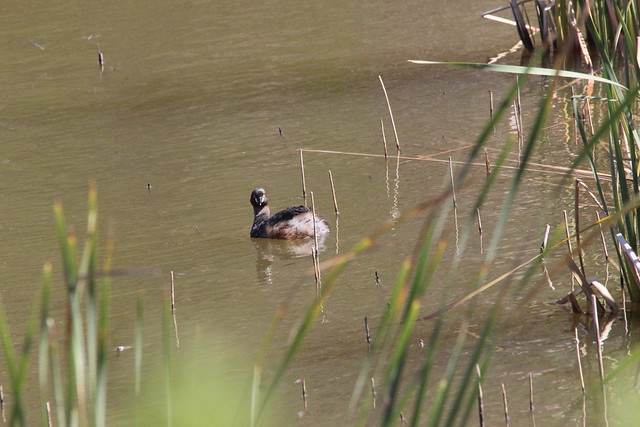 An Australiasian Grebe we saw in one of the dams. As an aside, have people looked into the quarry activity at the You Yangs? Is it doing any harm? (My anxiety brain worries way too much.) 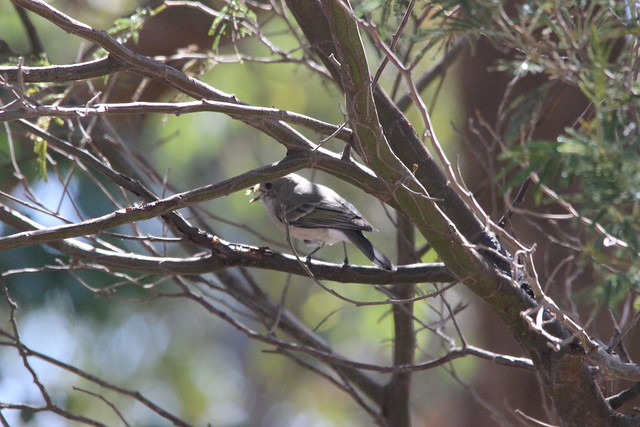 Female rufous whistler. Possibly the same one I saw earlier. 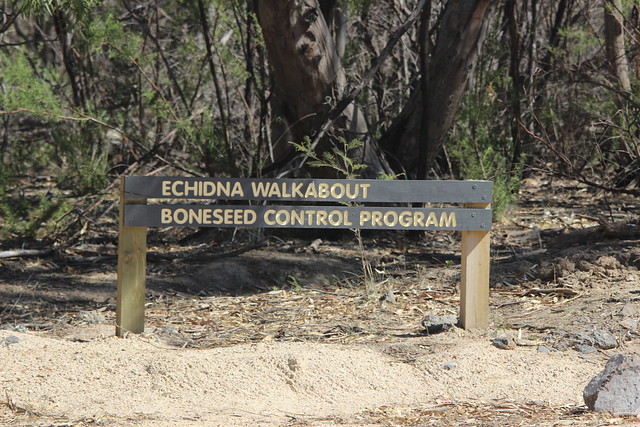 I love the work that Echidna Walkabout do. I hadn’t seen the extend of the boneseed problem due to, well, not visiting. It makes me wonder if it’s ever possible to get control of it. I weed to help me keep calm. Would it be possible to eradicate it if we did a huge volunteer effort, rather then the small bits that are currently done?

It’s something I want to look into, although we pulled out some of the smaller pieces we saw. 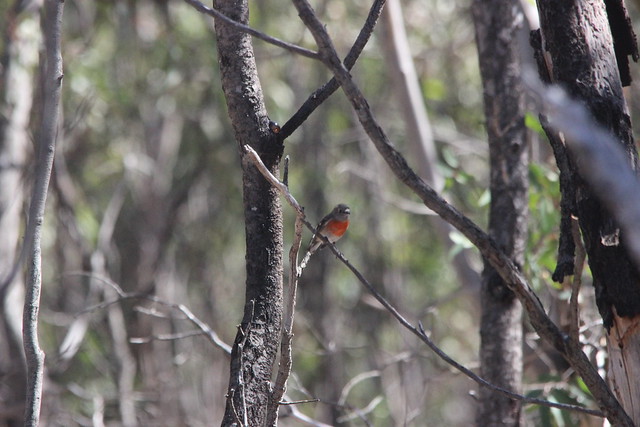 Female Scarlet Robin. I saw at three scarlet robins and got many lovely shots of them. I could spend a whole day here just photographing the robins. I’m keen to return here in winter to see the flame robin. I initially thought this was a flame robin because I hadn’t seen enough individuals to tell the difference. The female is meant to be paler, the white patch on the forehead wasn’t as visible from the angle.

I’ll cut to the chase – I dipped on the tattler and red knot that had been seen earlier in the week. They would have been birds I’d be adding to my life list for the sake of it, though. I was mostly fascinated by the banded stilts.

Apparently they had been there in much larger numbers a couple of days earlier. Seth was hanging out with his mum on the weekend, so I asked if he could visit here with them. He loves stilts and seeing white specks in the distance at the moolap saltworks isn’t enough. I can’t 100% verify the sightings but this will have to be one of the cases where I just trust him. 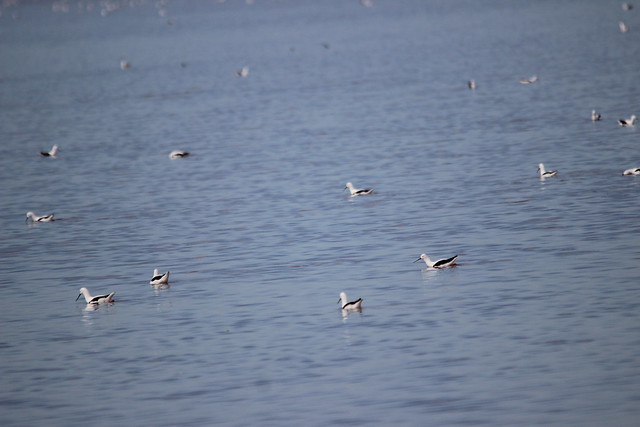 Was interesting seeing their wading behaviour, I wasn’t able to see this when I saw the stilts at Truganina. 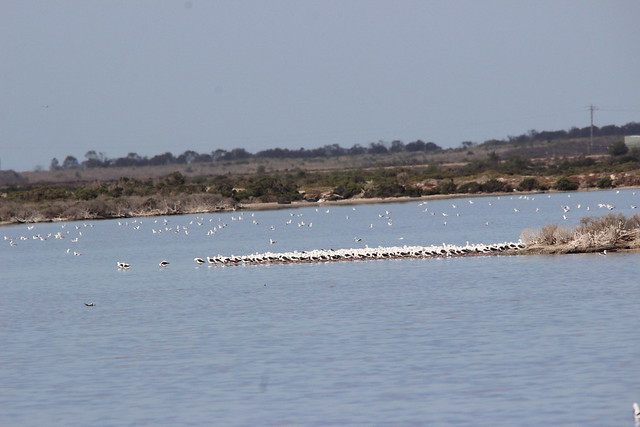 I took this photo to show that there were still significant numbers, even if from a distance. They were in the ponds closest to the beach which made things easier. 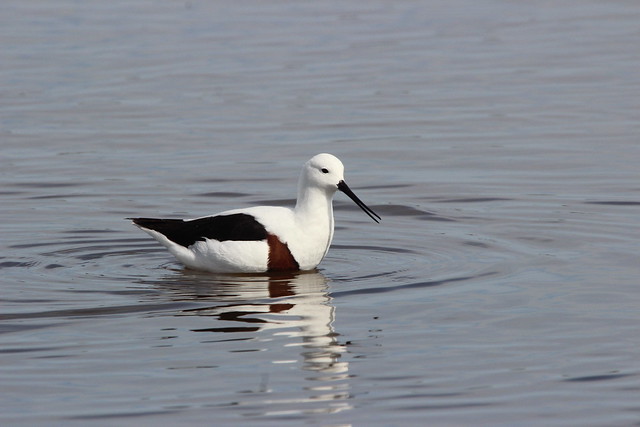 I was sharing these photos with friends and someone commented “Wow, a lot of stilts and magpie geese. Yes, but this stilt has it’s mouth open! Small things amuse small minds. Imagine the type of shots I could have gotten if I’d spend ages there 😉 Stupid train timetables. 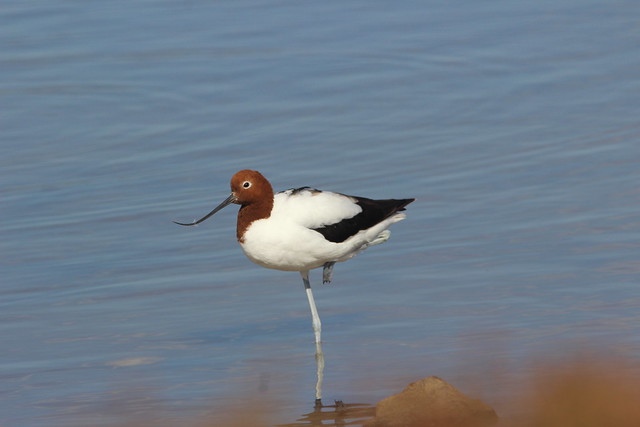 An avocet that ISN’T missing its leg. I was so sure that it had! The remaining photos don’t really need explanation. I was mostly trying to capture clear photos of the band from different angles. I rarely get to see so many of them this close. They are such a beautiful bird. 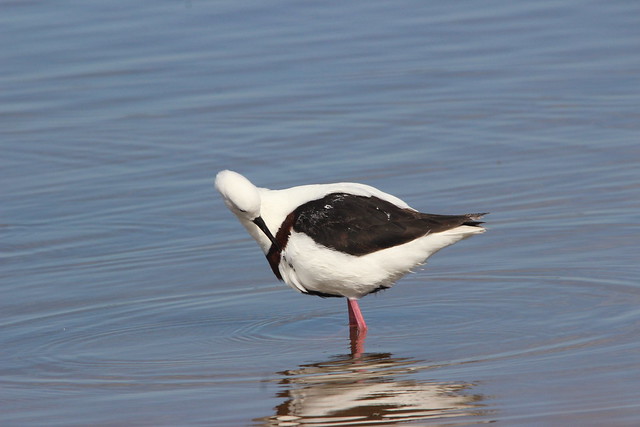 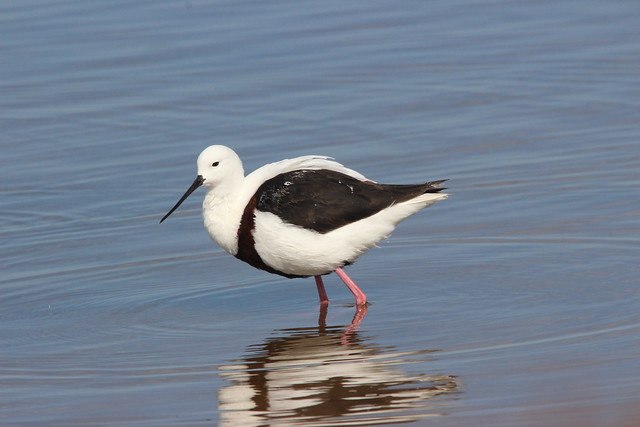 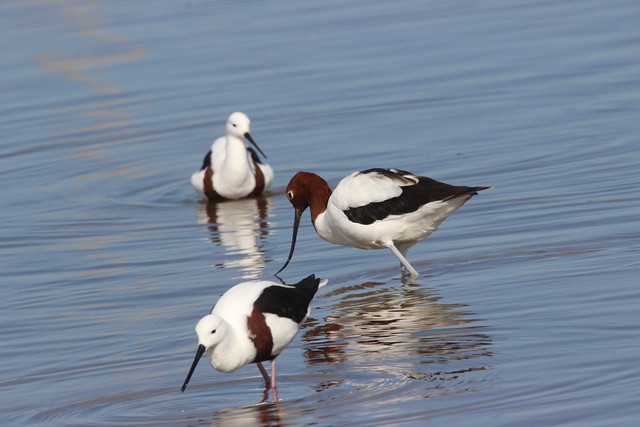 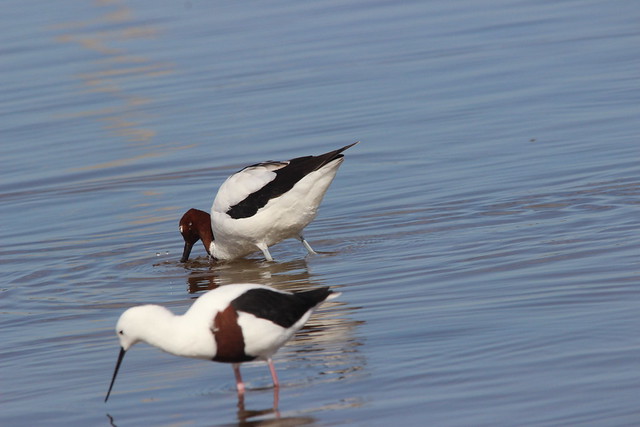 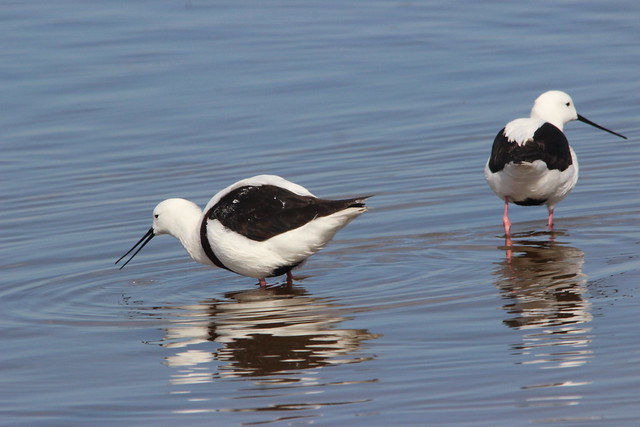 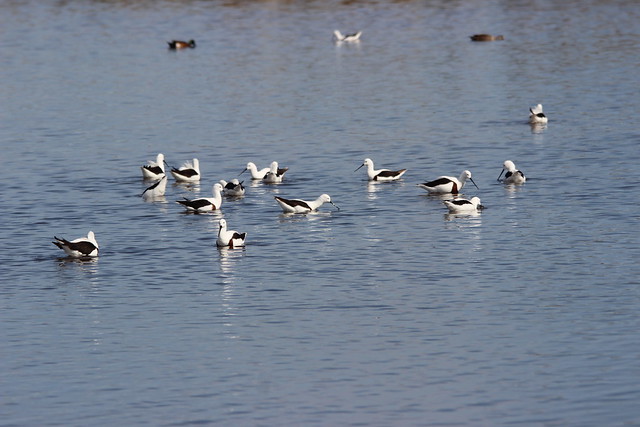 I had such a fun day. I hate asking people for favours when it comes to trips like this, I can also be uncomfortable socially. It was lovely just to be with someone else wish similar interests. My legs and butt are disgruntled at me for the slight inclines I walked at the You Yangs. I love the You Yangs. It’s a place of magic.

I didn’t even care that I only got two lifers for my list that day. Fuck lifers. It was fun just observing and learning. I could easily go back to any of the places I went to today to get to know some of the bird behaviour better. I so badly needed to bird. Better then any therapy or medication.