Despite Canberra being called the bush capital, I didn´t have high expectations for Tidbinbilla. I was eager to get back into the bush but wasn´t overly enthused about another mountain with a lot of trees. The Australian Alps had no interest for me.

I´m a very fickle person and generally like certain types of forest. I like the wet forests of Tasmania, the Otways and the Dandenongs. Or I like the standard Eucalpyt Forest.

I actually fell in love with it here. I don´t know why. It was different. It reminded me of Mansfield in many ways.

On the bus up we were told we had two choices. We could visit hanging rock to hear an indigenous ranger speak about his heritage. Alternately, we could walk up Gibralter Peak.

I opted for the former.

I was all geared up the hike Gibralter Peak. I love bushwalking and I had read up on this walk. It was meant to be moderate and not be that steep.

On the bus we were told it was moderate to strenuous. After my puffed out efforts at Stromlo the day prior, I made the decision to hear the indigenous presentation. I felt like I would have preferred the bushwalk but I trusted Glenn to get the pictures.

It was actually a really fascinating presentation. Growing up, we are taught a lot about Aboriginal history and culture. I genuinely didn´t think I would learn anything.

We were shown how to create rope from bark. I asked what he was going to do with the rope he created and he let me take it home. I showed my four year old nephew who was so intrigued by it. ¨It´s from a tree!¨

We were shown how to bind things. We were told about how the bushfires came through and the rock wallabies hid between the rock and the earth. We were taught how we could use the environment around us to live. We also got a little pamphlet about indigenous plant use in the region.

It was so compelling that I bought a book on bushfoods so I could show my nephew what I had learnt. There was another person wanting to buy the last copy when I was there. 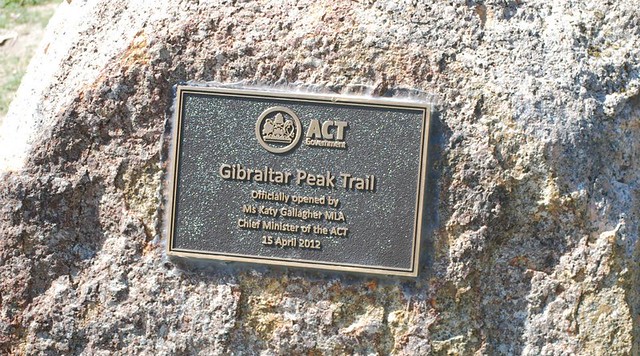 I wish that I was a lot fitter so I could have done this walk. I had read great reviews online but I was not fit enough to do this. I´m glad I missed out on it but Glenn got some amazing photos.

We were told that groups of people can rent out the homestead Nil Desperandum and use that as the home base while they explore the area. I’d love to do that. We spent such little time here. I´d like to go to the sanctuary and talk some more to the rangers.

The rangers were great

One of my favourite things about the weekend was that everyone was proud of Canberra. They took pride in their city and their work. You could tell that all the staff were really passionate about Tidbinbilla.

I was chatting to a guy who, upon learning where we lived, said he had been down here recently in search of a rare duck. I jokingly said ¨Oh – so you´d know what the orange bellied parrot is, then?´ Not only did he know of it, he had gone down to Tasmania to see it.

There was a young woman who pointed out a yellow tailed black cockatoo flying overhead. She said ¨I´ll never get sick of seeing that.¨

There is so much to learn

I learned a fair bit about the conservation efforts of the corroboree frog and southern brush tailed wallaby. I learned about the impact bushfires had on the region.

It felt like this area had a lot more history then many national parks that I have visited. It told a much larger story. I wish I could have purchased more books from there so I could learn.

I´m also keen to hike the Australian Alps, something that I hadn´t seriously considered before.

Do I recommend it?

If you´re a nature geek then I definitely recommend it. It was nice. It´s just a shame that we visited at the end of a very hectic weekend and I couldn´t enjoy it more.