I’ve recently learned that birds start their nesting and breeding behaviour in mid winter so that the babies are ready when the food sources arrive in spring. This means awesome photo opportunities – especially if you manage to get photos of them sexing or tending to their babies.

This made me reconsider taking a break from birding over winter. I hadn’t gone to the treatment plant in about 6 months and was really keen to return there.

That’s actually a porky pie. I’ve gone outside the plant twice recently, looking for owls. But that doesn’t count 🙂

I put my feelers out on Facebook and connected with a Werribee birder called Paul. I had been wanting to take Glenn to the treatment plant for some time. He’s been reconnecting with his love of photography now that things in our lives have slowed down. I knew he would love it. He doesn’t necessarily care about birds in the same way that I do but there is always a smorgasbord of animals there. Lots of opportunities to get photos of birds eating and flying.

Then it hit me. He was servalpaul! Both Glenn and I had been following his instagram account for some time. We both loved his high quality photographs and I frequently used his work as example of what Glenn could accomplish. Glenn was a bit ‘meh’ about going to a sewerage farm (side story: so was the train station attendant, who said birdwatching was an obscure hobby) but perked up when I told him that someone he admired would be taking us there.

We got to Werribee Station shortly after 9.30am – minus Glenns wallet – and headed out to the plant. 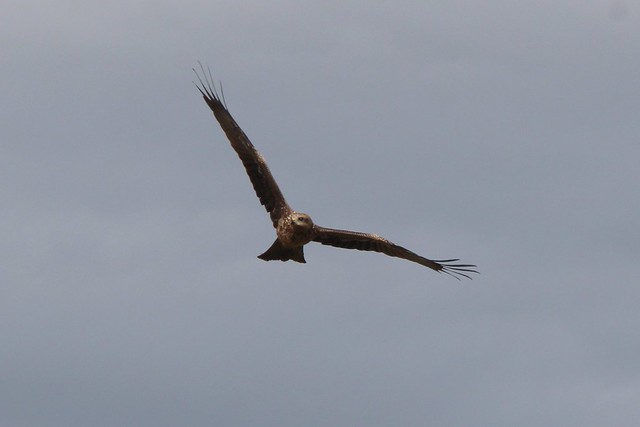 Black kite. I love seeing them here. They are so common in many areas of Geelong, especially around Fyansford Common. I’m almost bored with them because I see them instead of my favourite, the black shouldered kite. Still, it was so awesome getting up close detail shots of them. Glenn was in his element and quickly forgot about his bad mood. 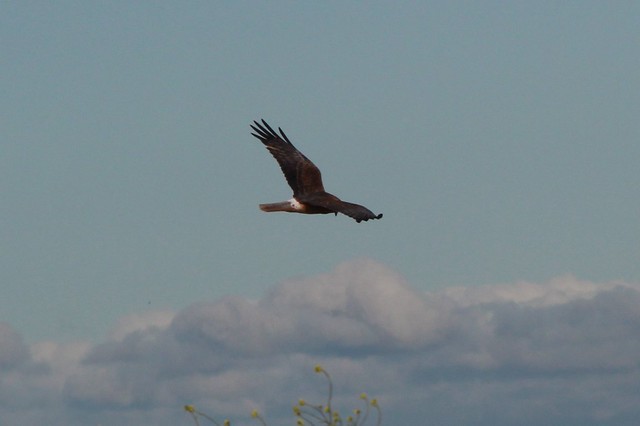 Swamp harrier. I learned you can tell what they are via their white rump. I suck with birds I don’t see frequently and need to brush up on bird of prey ID. 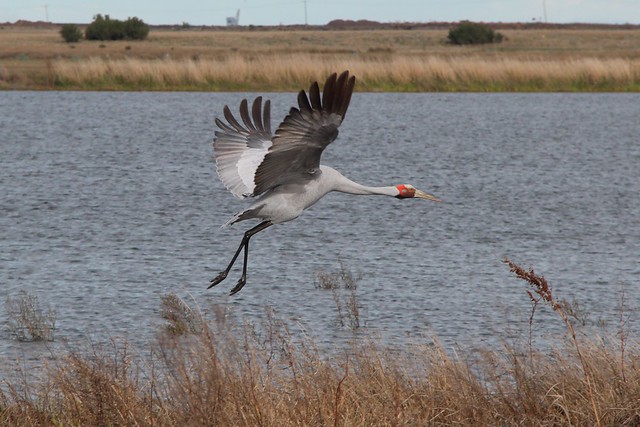 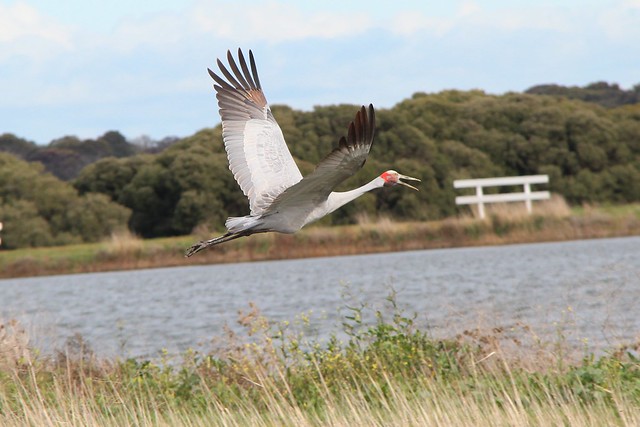 We got to see a brolga pair up close, which was beyond amazing. I know you can see them at Serendip Sanctuary and get good views but nothing compares to seeing such a beautiful bird in the wild. I did get to hear them call as they flew off, it sounded different to what I expected. 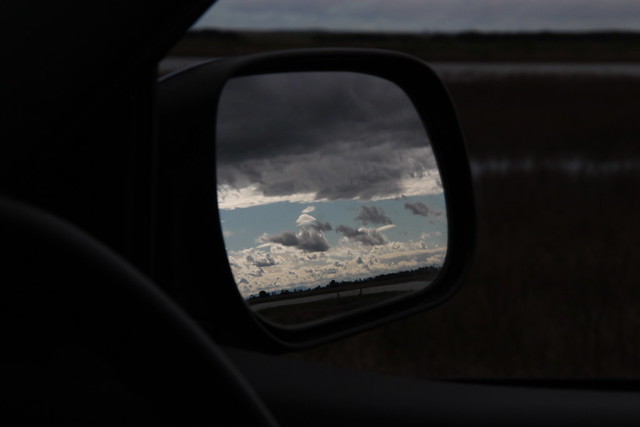 Someone was channeling Vivian Maier. Glenn said he was thinking of doing something similar. 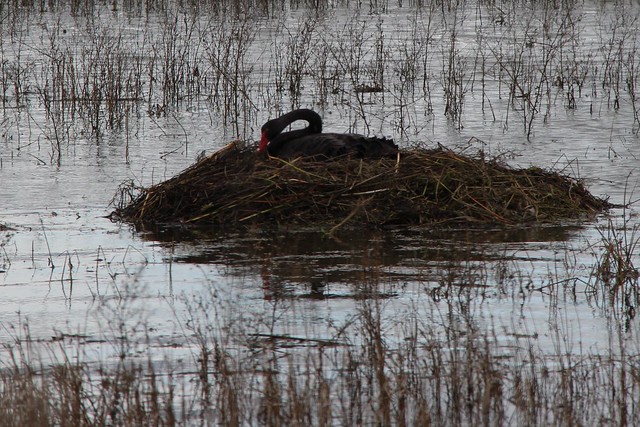 A swan sitting on a nest. Some do breed all year round because there is a constant food source.

I was so, so lucky to get this series of photos. The black shouldered kite was on a fence eating its delicious rodent lunch when it flew off, alarmed by the noise of the car. All 3 of us quickly fired off a series of shots. I had borrowed Pauls ‘spare’ camera at this time as the Nikon battery had died. It was the same as Glenns model but with a superior lens. This meant I could get a different perspective to Glenn, which came in handing as he accidentally had stuff on the wrong settings.

I was so stoked to see that some of the photos had worked out. This series shows the bird transferring the mouse from its beak to its talons. How amazing is that? I definitely have to return there now and WAY more frequently. 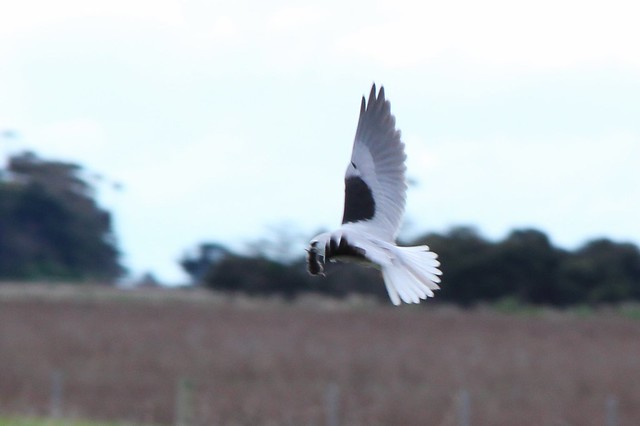 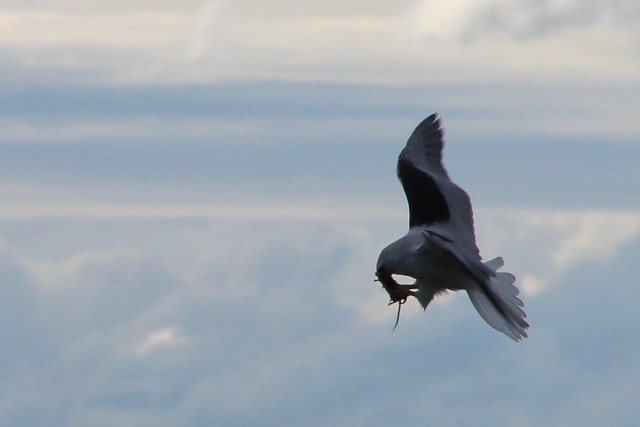 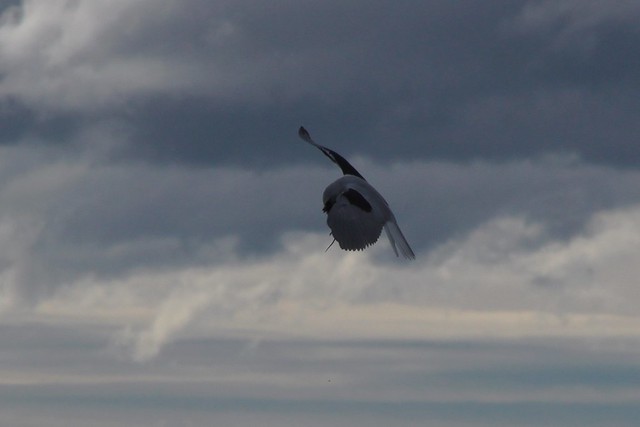 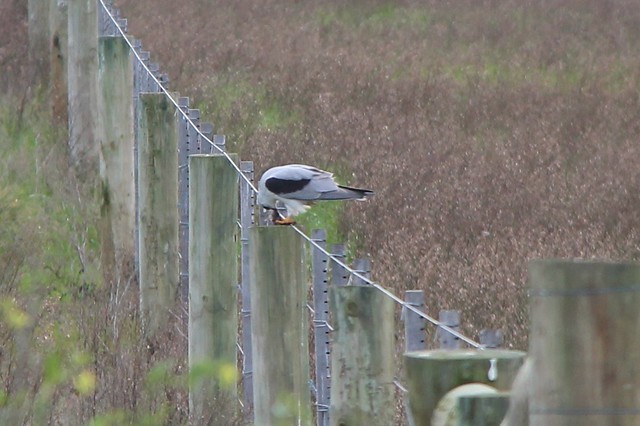 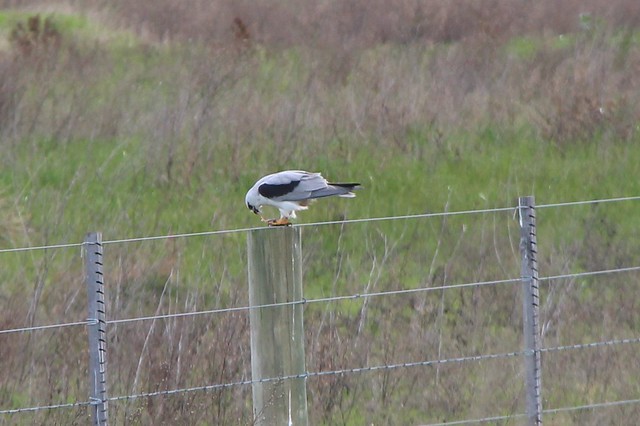 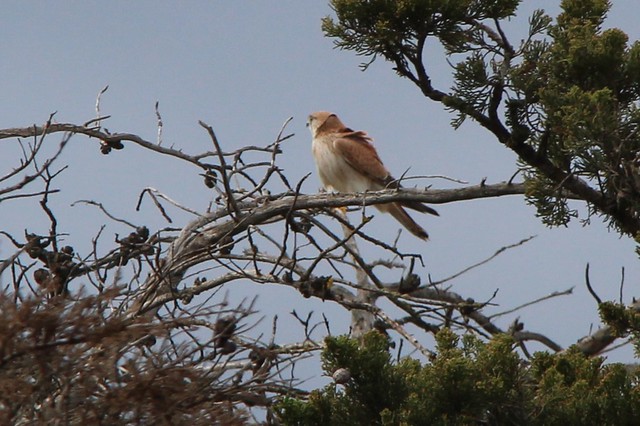 We came across an area where there was several birds of prey circling overhead, primarily black kites. I took a photo of this nankeen kestral before sneaking off for a discreet pee. This is one of the perils of birding at the WTP. Worth noting if you are inexperienced at doing a wee anywhere other then a toilet. It’s easier in a dress. 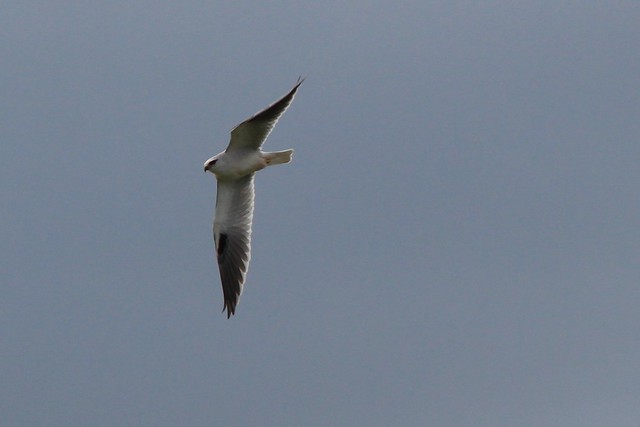 Another black shouldered kite. Extremely common there. I saw two at Barwon Bluff earlier in the week but didn’t have an SD card in the camera at the time. I know I have photos of the wingspan before but I quite liked this one. 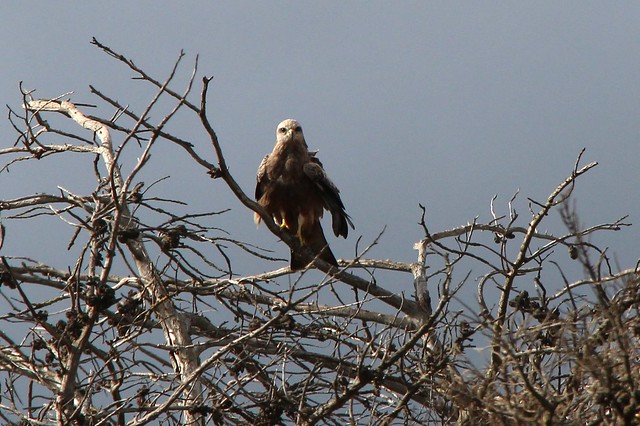 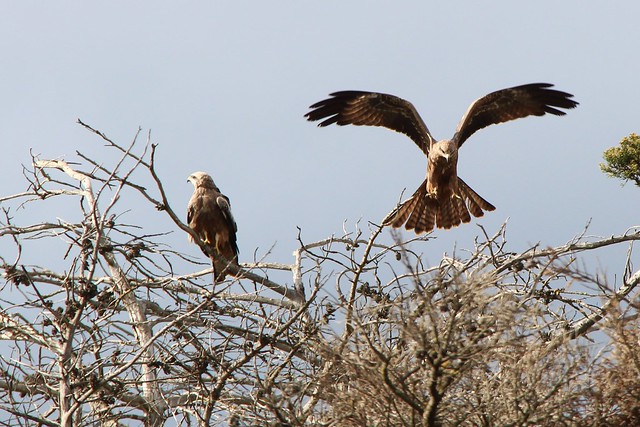 The above photos are of two of the black kites that were flying overhead. I was a bit annoyed with myself at this point so only got mediocre photos. It was around this time that a flock of zebra finches flew in. None of the photos are worth posting, but I learned the birds are a lot more beautiful then I gave them credit for. They flew away as quickly as they came. No idea why. 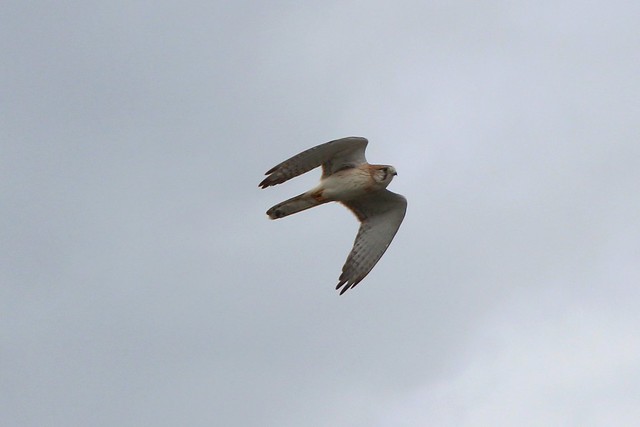 The nankeen kestrel again. Such a beautiful bird, would love to get more photographs. 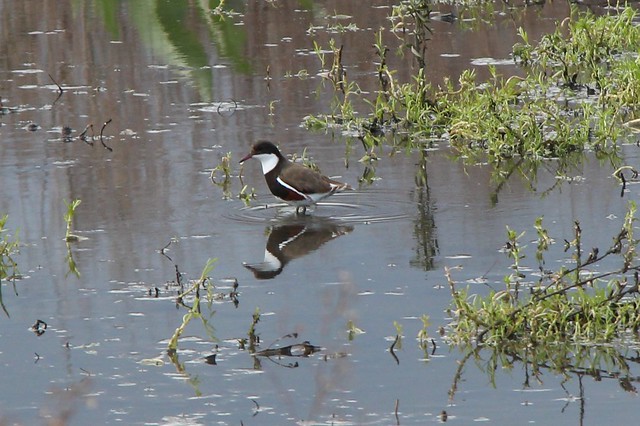 Red kneed dotterel. Wasn’t originally interested in getting photos of this but the reflection was nice. 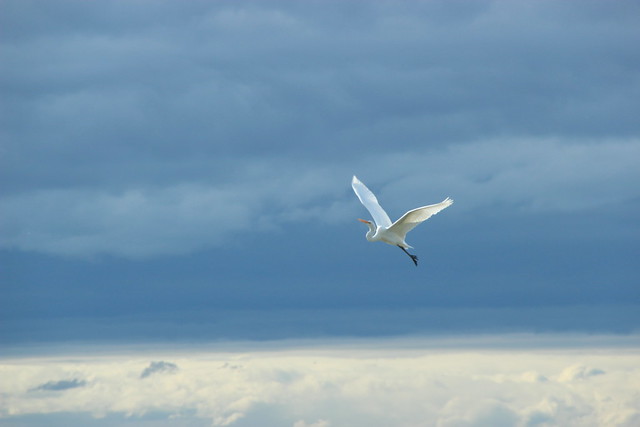 A beautiful photo of an egret. Look at how awesome the lighting was. I want to come back here with Glenn on another cloudy, moody day to do black and white landscape shots. 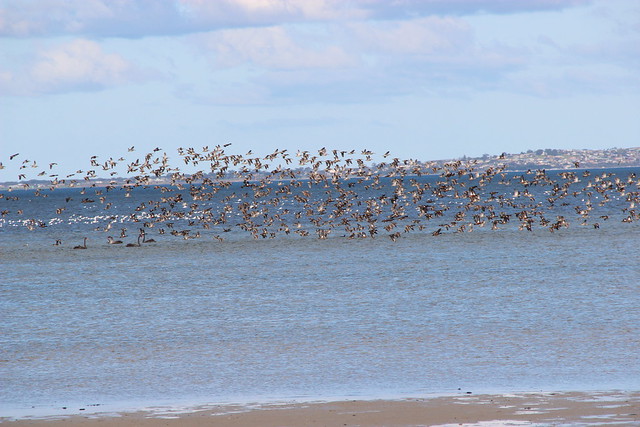 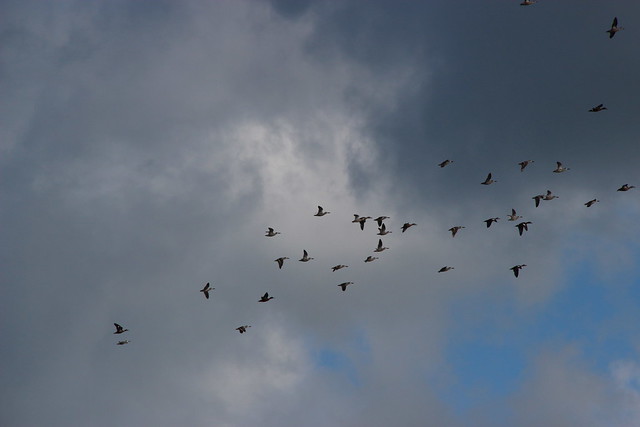 The above two photos are of a flock of ducks near the bird hide. It was at this point we met two people who had discovered the elusive bittern that had been drawing a lot of attention. Ironically, earlier we had also met Steve Davidson and Craig Morley. Craig is the leader of the bird group for the Geelong Field Nats and had been very friendly to me so it was a pleasure to meet him again. 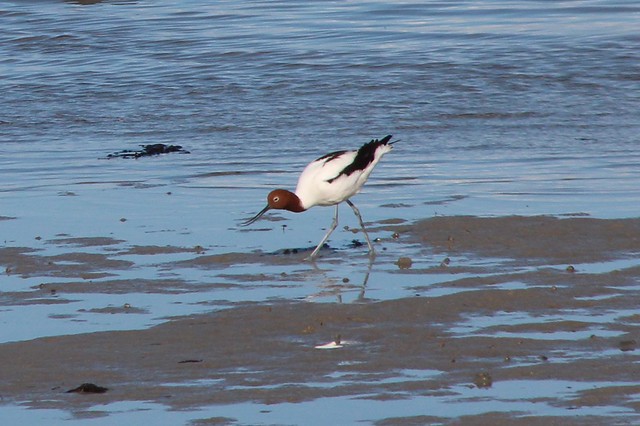 An avocet. I’ve converted Glenn to the dark side, he thinks these birds are beautiful. I hope to find more in the future, preferably closer to shore, for both of us to photograph. 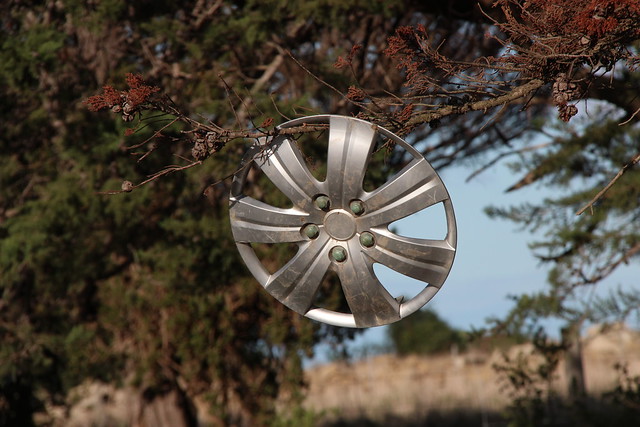 The rare and vulnerable lost hubcap. 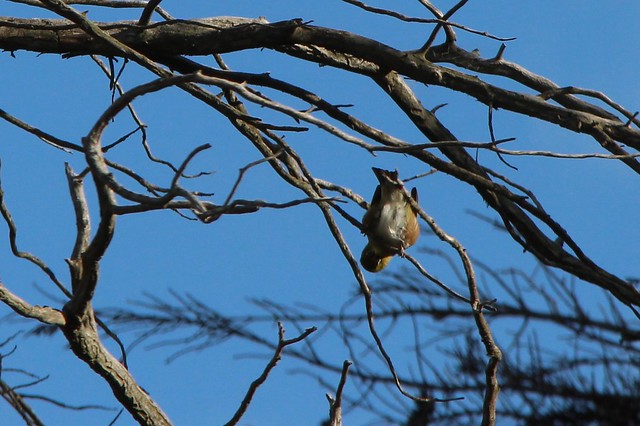 Peekaboo! There were yellow rumped thornbills but I loved this silvereye hanging upside down. 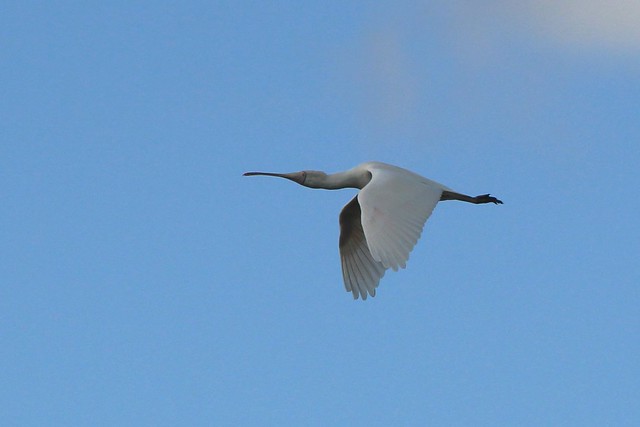 Spoonbill. Again, would have loved for Glenn to have had the opportunity to photograph these. 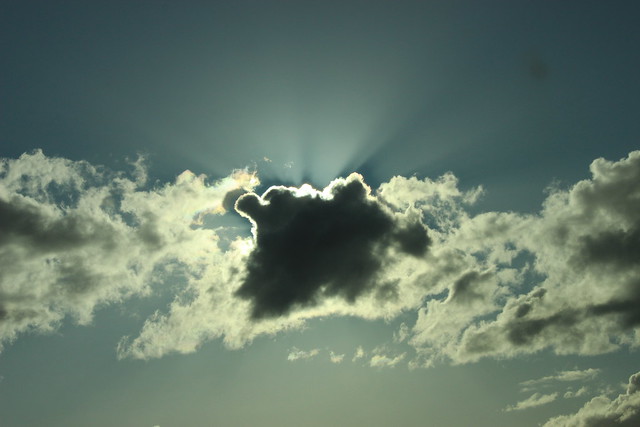 Interesting light. Hey, I dig this stuff. Any of these shots were quick ones done out of the car window. 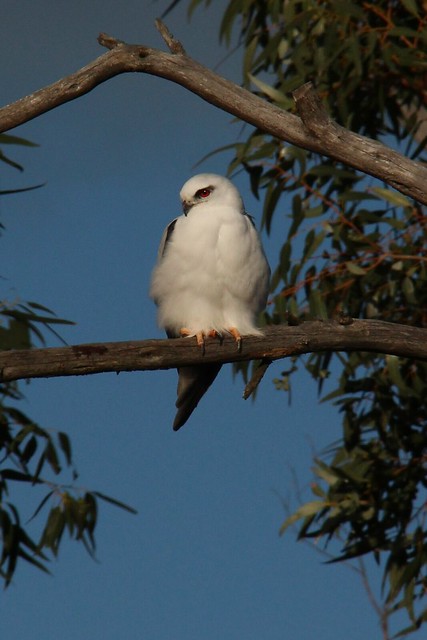 We saw this black shouldered kite again at the end, where all three of us got a gazillion photos. It was here where we ran into Craig again! He kindly offered us a lift home, as it was easier then going to Werribee – Wyndham Vale – Corio – Home. Glenn learned just how close the treatment plant is to home and we got to look at our photos about an hour earlier then planned.

It was a really fantastic day. Glenn had a ball and Paul was a great guide. He taught us both so much. He helped us realize that yes, we needed to upgrade our gear and gave us camera recommendations that will really help us out in the long run. For me, he dropped random bird facts that helped me understand more about my favourite species.

You can check out more of Pauls photography on his Instagram account or Facebook page. I also enjoy his blog. He did a post about Werribee Treatment Plant and also the amazing Lamington National Park. His instagram pics from WTP use the tag #wtppr