Last week, Sethy and I went to Serendip to participate in two of the junior range activities. I’d been wanting to do them with him for years but the timing was never right.

We started off the morning with a behind the scenes tour which involved feeding the animals. 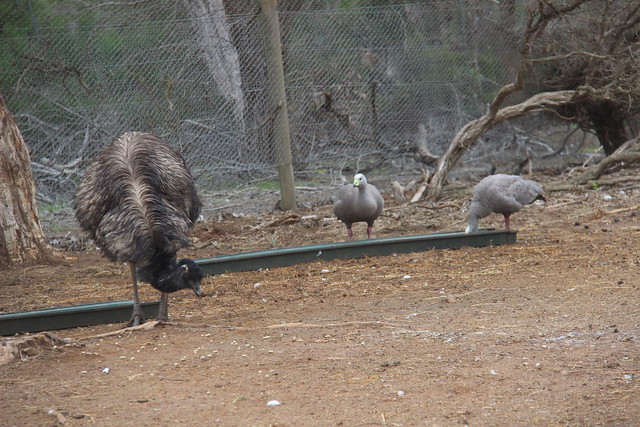 This part of the tour was awesome. It was so awesome that I was jealous that I couldn’t do it. Seth was feeling a bit uncomfortable so didn’t feed any of the animals. I don’t blame him as the tawny frogmouth food still had feathers on it. We started by feeding the kangaroos, emus and cape barren geese.

It was hilarious watching them just flock to where the food was. The keepers were awesome at how they engaged the kids too. They were fine with Seth not wanting to do the food. 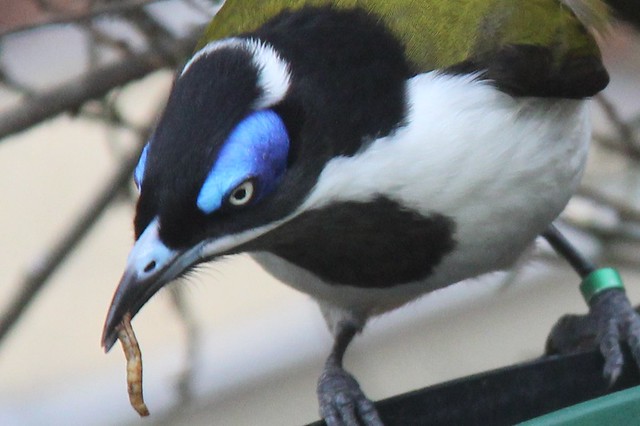 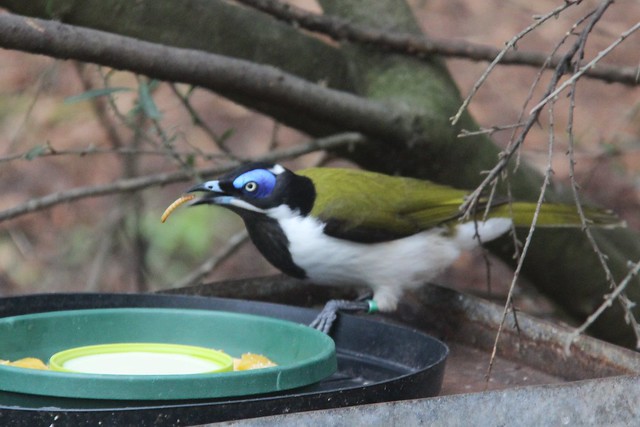 Watching the honeyeaters get fed was brilliant. They chucked their worms in the air and seemed to enjoy eating them. It was awesome watching their little tongues poke out while they were drinking the liquid.

I would have loved to have stayed in this aviary the whole time and just watched the animals as they ate. Alas, Seth was feeling a bit restless and we had the tour to complete. I let him use the camera and he got the below photographs of the tawny. 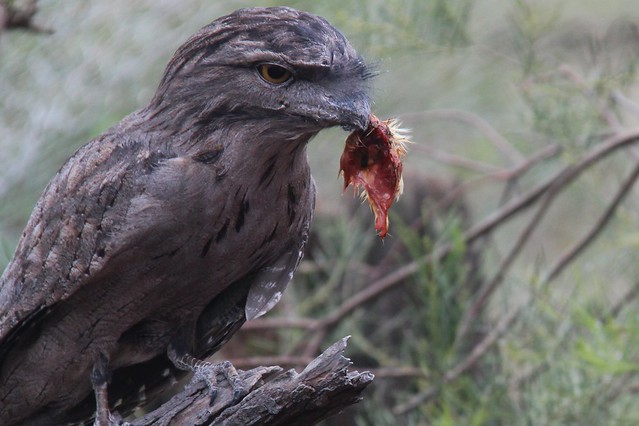 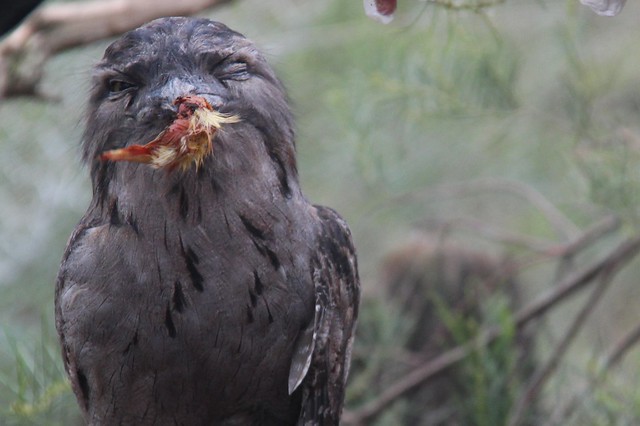 These photos aren’t bad considering I wouldn’t let him step over the fence and there were a lot of kids in the way. I need to find a way to encourage him without having to give up whatever camera I’m using. He doesn’t see the value in spending an hour photographing musk ducks. 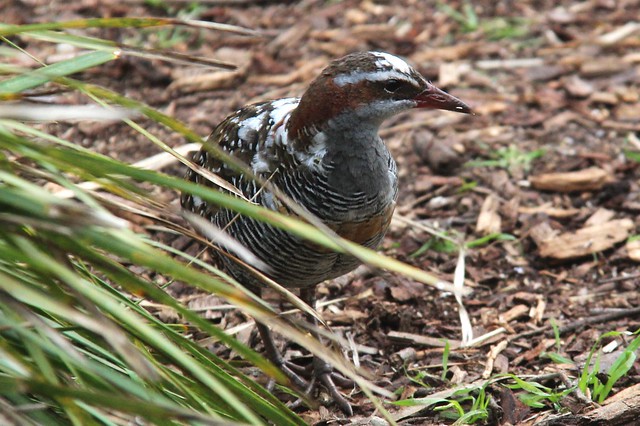 There were two buff banded rails there that had white markings on them. Partial leucism? I’m not sure as it seems so minimal. We asked the keepers and it definitely wasn’t a young bird, or a bird that had been pooed on. 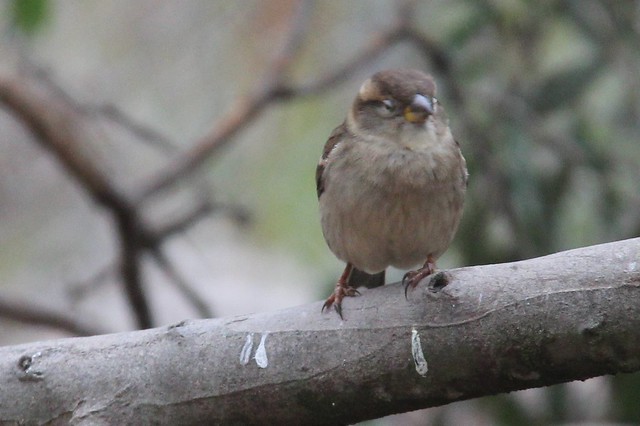 A young sparrow that I thought looked pretty. Seth did get a proper look at a tree sparrow later. Unlike me, he can confidently remember the difference. That kid is going to be better then me at this nature stuff soon enough. 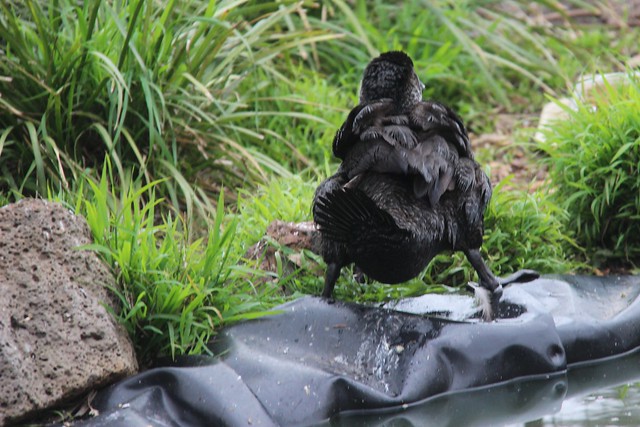 I couldn’t resist sneaking in a photo of the musk duck. It was so comical watching them 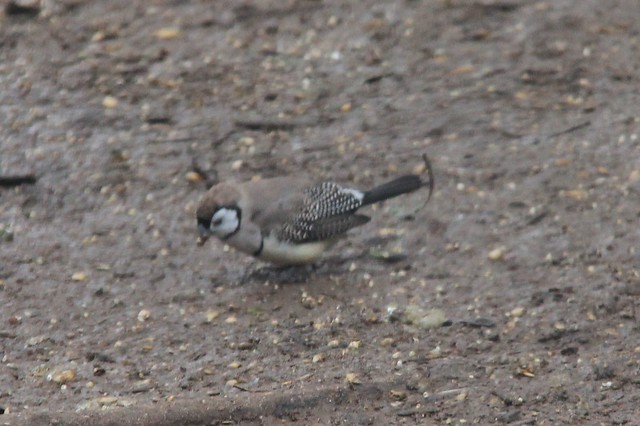 Double barred finch! I’d read on Facebook that there was an escaped on hanging about but hadn’t made the effort to seek it out. Seth took one look in an aviary, pointed out the bird that looked different and asked what it was. 🙂 True to form, he then asked if it could count on his list. Alas, he will remain on 140 for a while.

I think the junior ranger activities are great for most kids. Seth is starting to get a bit too advanced for some stuff. This isn’t me being pretentious. We’ve just done enough nature adventuring that he’s getting past some activities. Part of me wishes I was born around the time he was, it’s so much easier being a nerd with ipads and the internet. 🙂 Just need to find activities at places we haven’t explored heaps of times before.