On Monday, Sethy and I decided to go on an adventure. He wanted to go further afield but really wanted to find an eastern spinebill. We had found a bell miner at the zoo the weekend before and he was super excited. I decided that we’d go to the botanical gardens and then walk along the beach.

(It is also possible that we were meant to go to Ocean Grove Nature Reserve but he slept in… and I had to make a 7pm showing of Terminator with Glenn. Hey, priorities!) 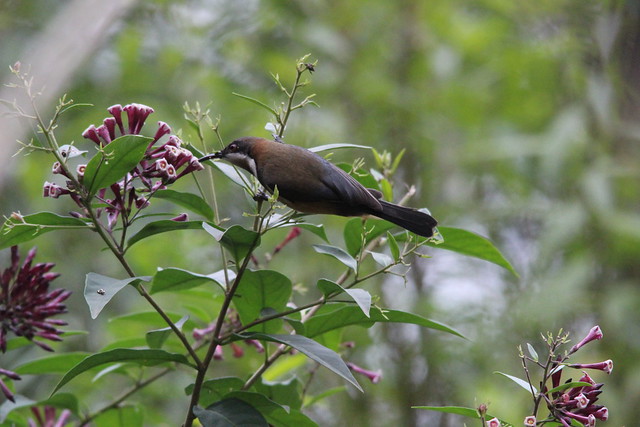 It is quite possible that knowing the general location to find a bird, and knowing the exact location, are two separate things. I had read that spinebills were found there and had found them at a couple of locations in the wild. I hadn’t watched them closely enough to really know anything about their behaviour though, nor the type of trees they favourite. I found them by accident by looking for the types of plants I guessed they would like. Boy, did that hunch pay off! We got really good looks at them and I was able to get some awesome photos. We stayed there for about 30 minutes.

It was fascinating watching them fly. In some respects, they reminded me of hummingbirds. I’m not sure they hang around the same tree. I’d love to spend hours just photographing them. Would have to research the best settings though. 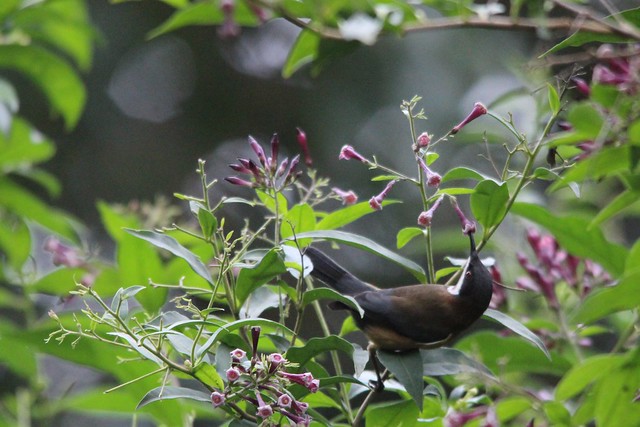 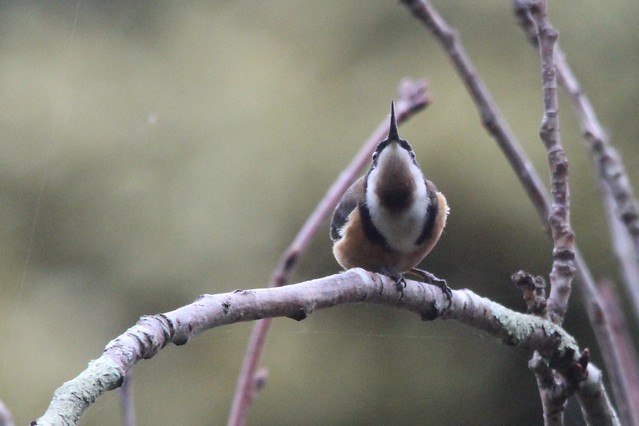 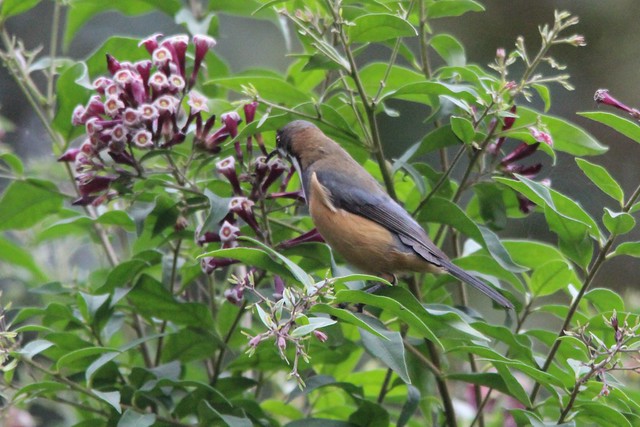 The following three photos were taking while walking to limeburners point – despite someones reluctance!

It was really fascinating to see a seagull actually eat something from the ocean. I’m used to seeing them be scavengers. I’ve also become fascinated about catching photos of birds in the act of eating other animals. My photos in that respect are mediocre and I have a lot to learn. Several people on Facebook have much, much better photos. I still think it’s really interesting. 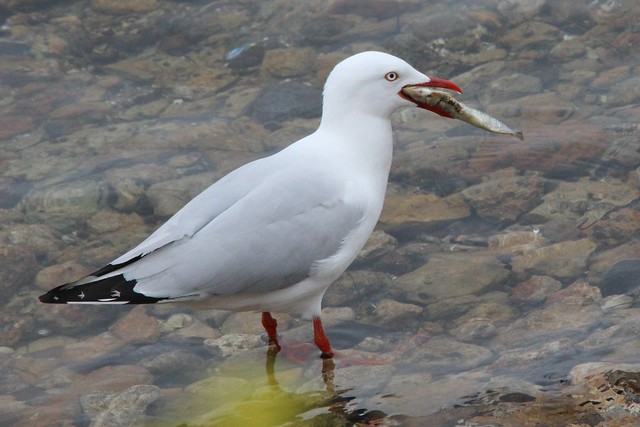 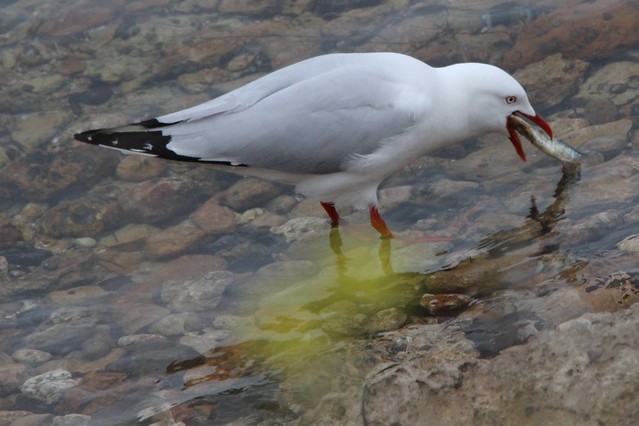 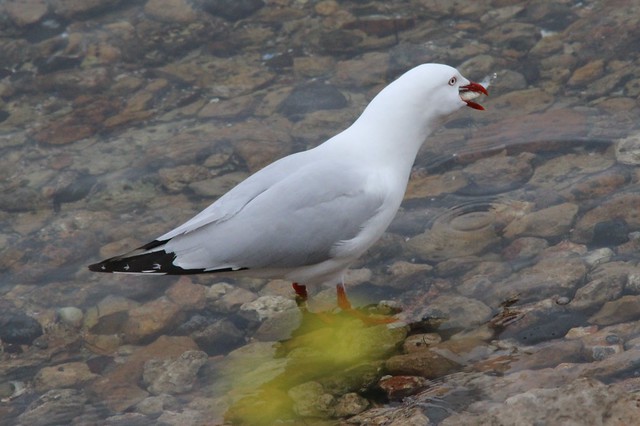 Sethy was argumentative on the way to the point, but when we got there he was fascinated by both the fish and the birds 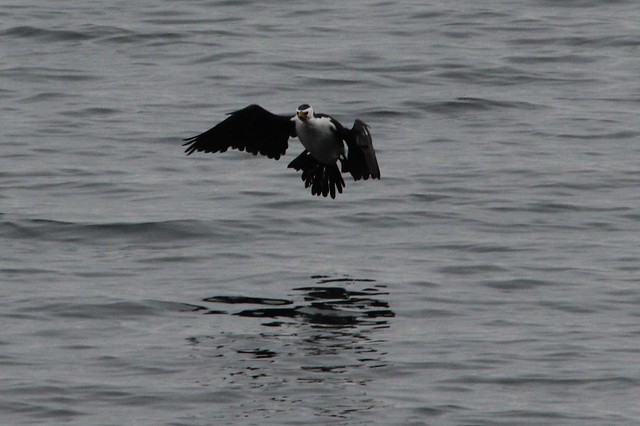 I’d love to get more photos of cormorants coming into land and flying. The way they maneuver their body makes for great photos. 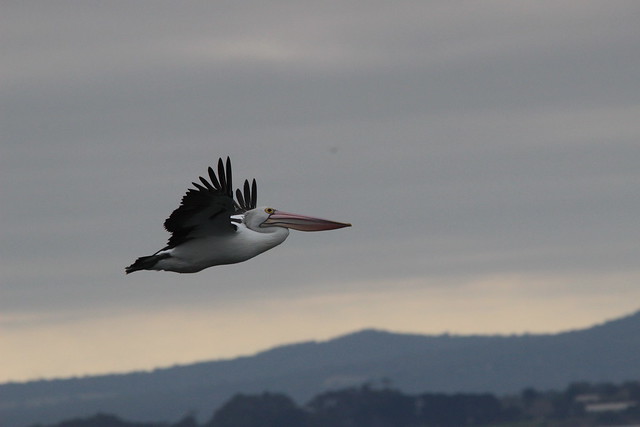 Generic pelican. Haven’t seen one in a while. 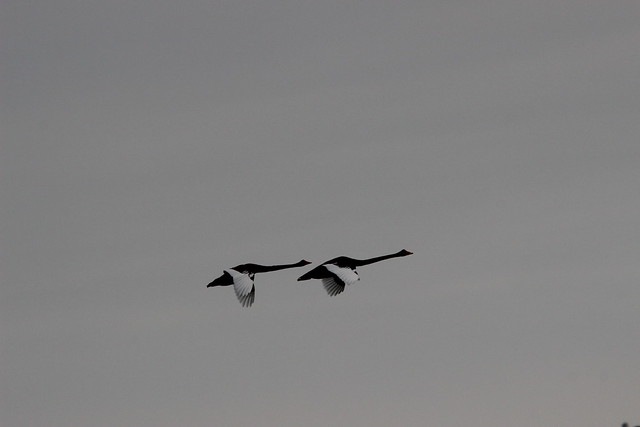 Saw swans fly past, which was amazing. Don’t often see them out there. 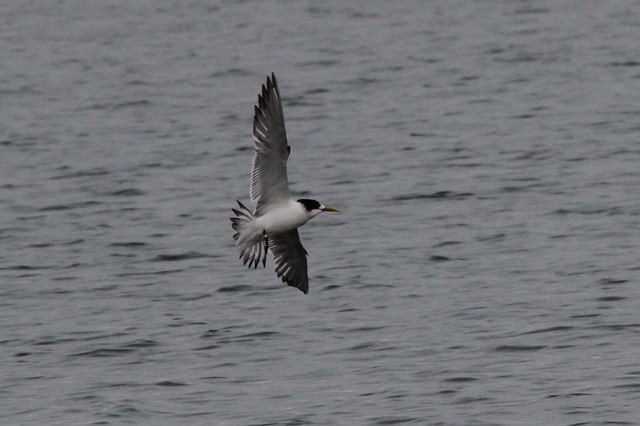 Got some okay photos of crested terns. They were mostly hanging out amongst the rocks at the point. 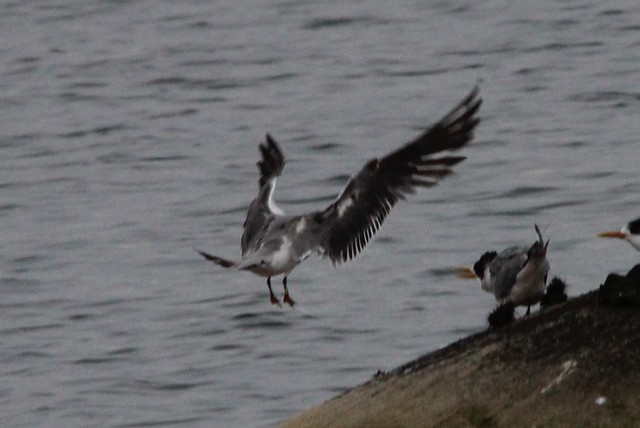 This photo is mediocre but it was a highlight of the day. 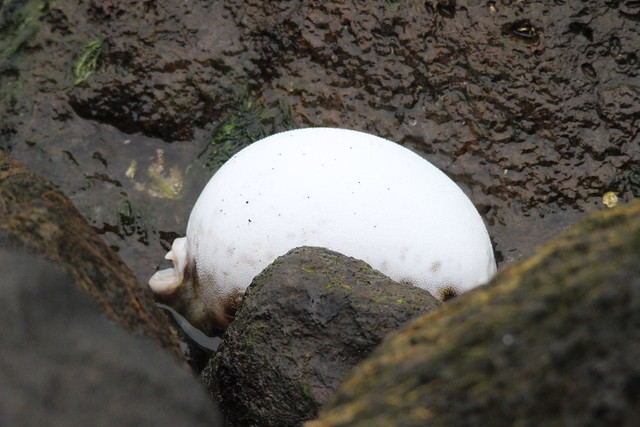 There were a couple of people fishing there. There was a man near us that caught this fish. Sethy asked if I could ask what the fish was.

The man said it was a toadfish and chucked it back. It didn’t quite land in the water and puffed up. He said it was poisonous. Seth REALLY got into it. I think he could quite like fishing and fish. 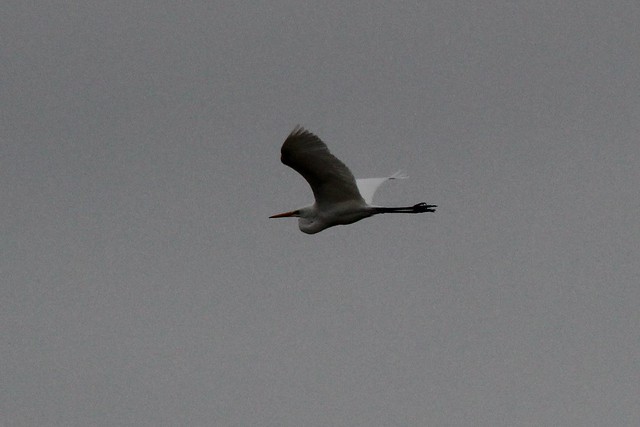 Egret. Hankering to see an intermediate but it will happen eventually. 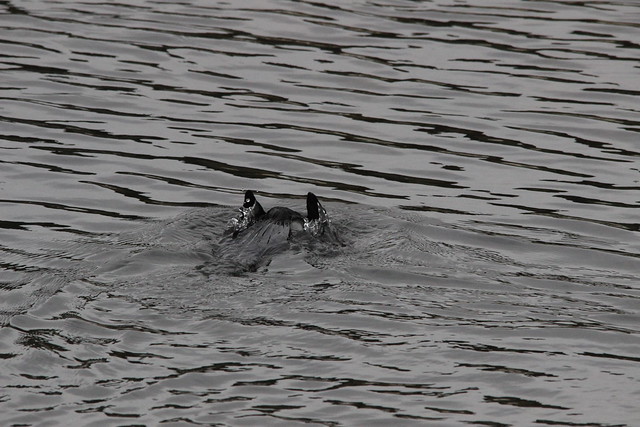 One of the reasons I love photographing cormorants. 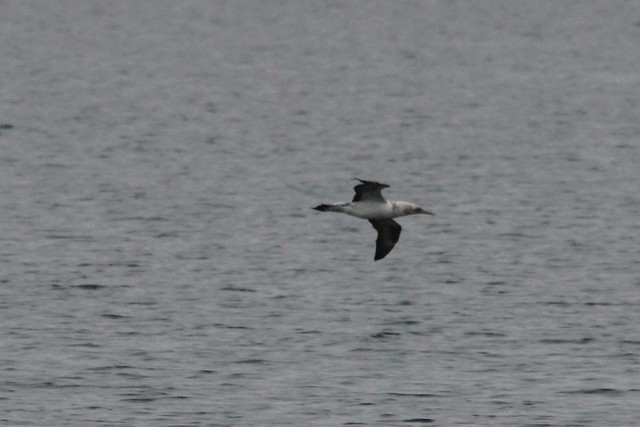 A young gannet. I can’t quite figure out the age, but am guessing it is between 1-2 years. 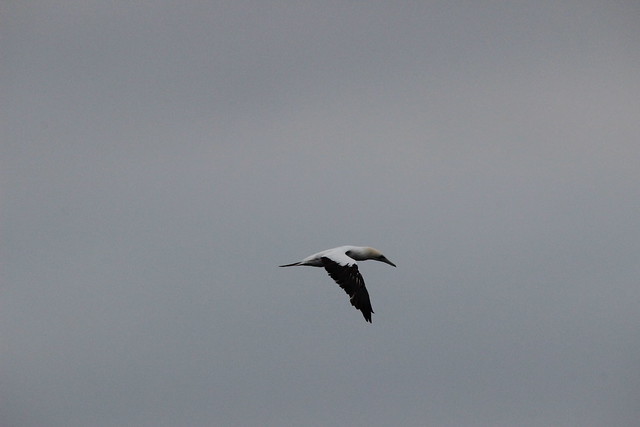 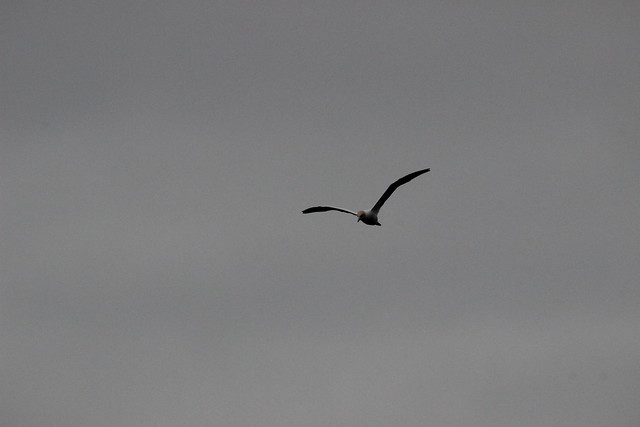 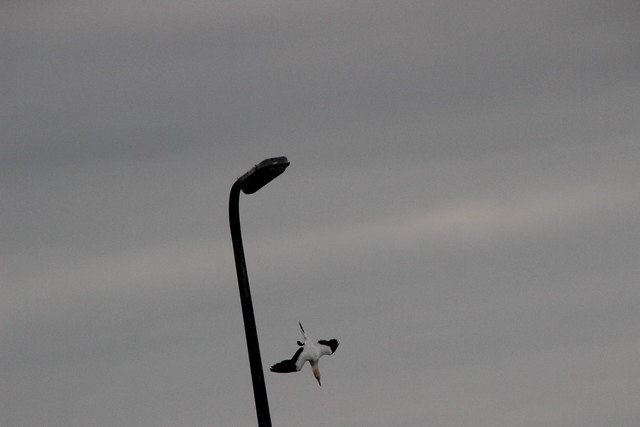 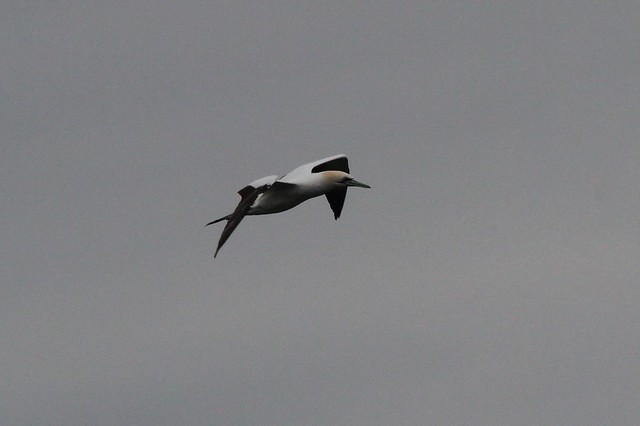 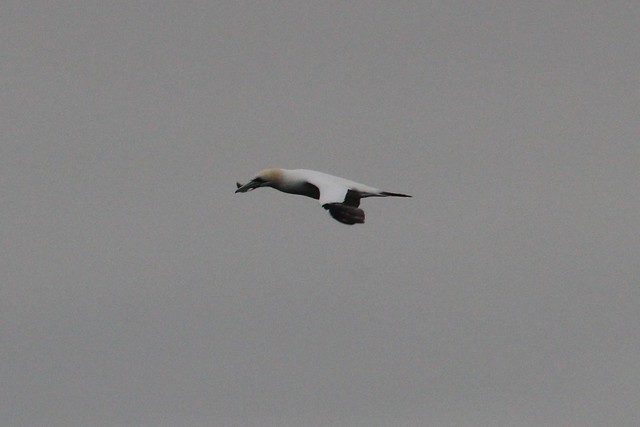 Most of the gannet photos are generic, but there was two that stood about. Above, when the bird had something in its mouth. For all the diving, there was very little eating. Plus the photo below, where it had its mouth open. 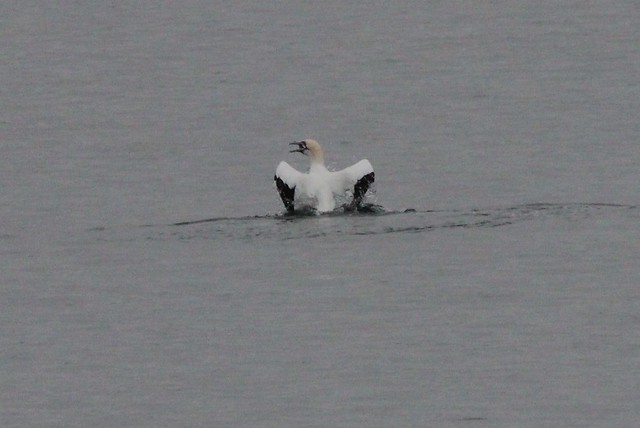 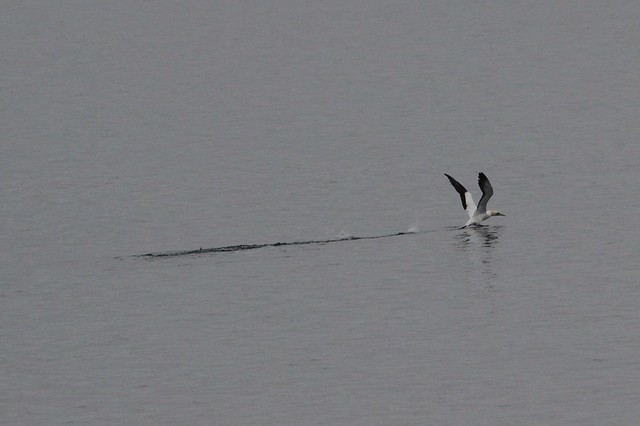 Sethy really got into the promenade. There was a large Asian family who, like us, were looking for fish. It was kind of awesome, we both helped each other out. 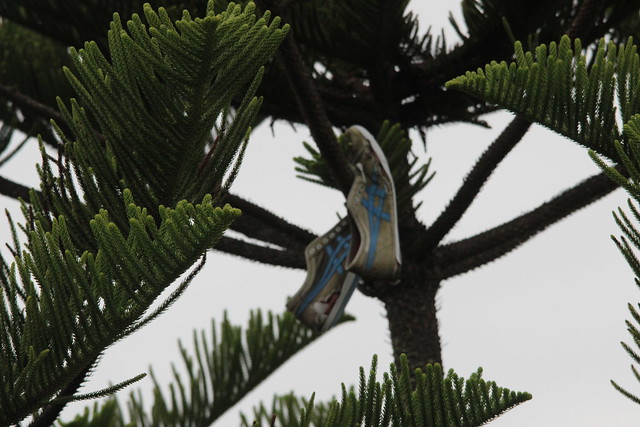 This is pair of shoes we found in a tree. Because it was funny. 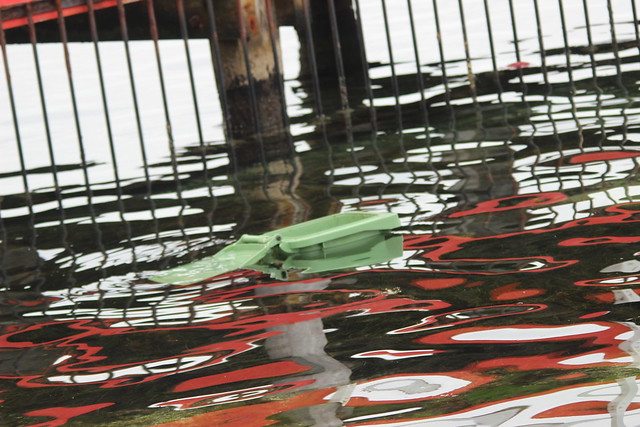 A garbage bin in the water. Littering, but amusing nonetheless. 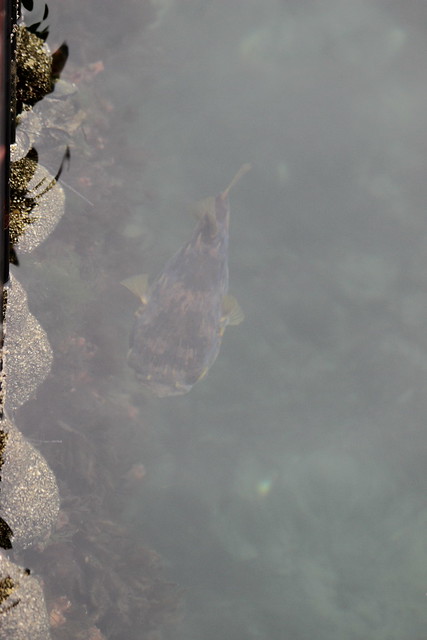 The globefish again. The other family loved seeing this. Seth sat down and watched it for quite a while, he was really fascinated by it. We also saw large silver fish but didn’t ID those. 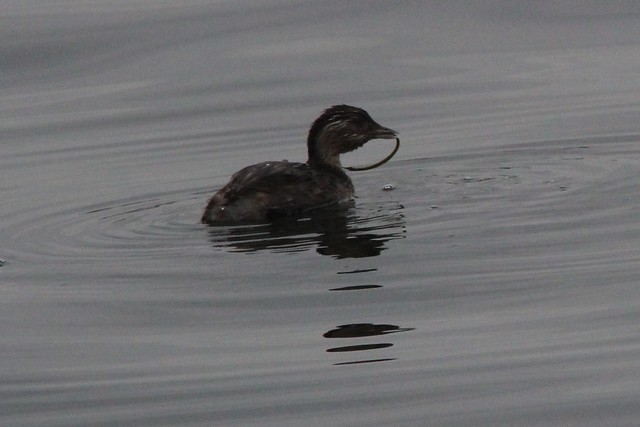 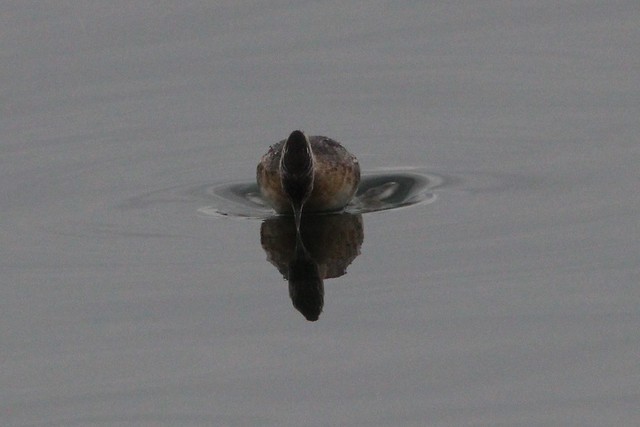 The above are photos of grebes. Would have loved to have gotten more, but these sufficed. 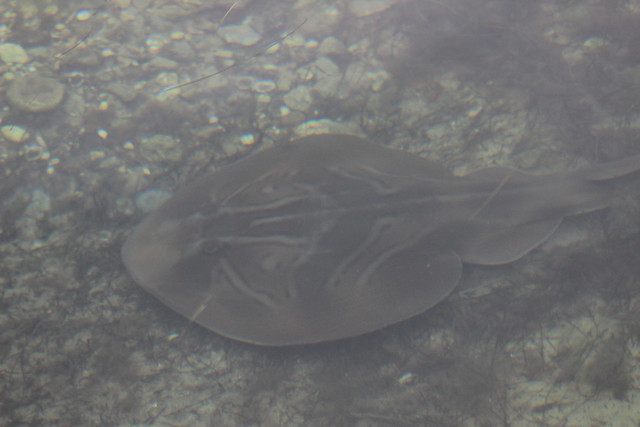 The stingray. Very thankful to the other family for finding this! We were trying to look in two many directions and I was getting hungry. 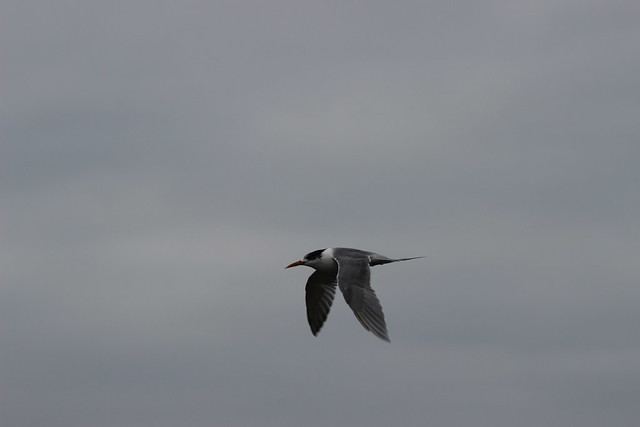 Was a great twitch and reignited my interest in certain types of bird photography. It was frustrating because I couldn’t do the type of photography I wanted, but it was useful as I learned a lot about the type of birding I want to do in the future.

I’m exhausted. The past few months have been horrid. I’ve been birding as a stress relief but am now struggling to figure out the role birding has in my life. I want to run away and bird but need to tend to stuff like unpacking the house and finding a job. It’s difficult, as I don’t have time to grieve. I know this isn’t about birding but today marks one month since my grandfathers death.

I want to run away but know I have to rebuild my life. This is in the back of my mind everytime I think about birding or adventuring.

Birding makes my soul happy. I like my soul being happy.

Was an interesting twitch though. The movie afterwards sucked.