One of the main reasons we visited Buckley Falls last week was to look for skinks. Lets face it, a 7 year old kid has different priorities. We did see a couple but didn’t have much luck with catching them. We settled playing in a little ‘rock pool’ area. It’s where there are are a bunch of rocks that lead to really small falls. A lot of water gets pooled between some of the rocks and it’s a popular place for kids to play.

I was half watching Seth and half looking around me when I noticed the friendly kookaburra had returned. The initial photos just showed a blur between branches. That was fine, I just needed to confirm the species for ebird. Then I noticed – he/she was hunting!

In the following series of shots, you can see that the kookaburra managed to catch a skink. It isn’t the clearest shot – not like the kingfisher with a skink at Yea wetlands. Still, it was pretty exciting. A shame it also caught that bit of reed at the same time. 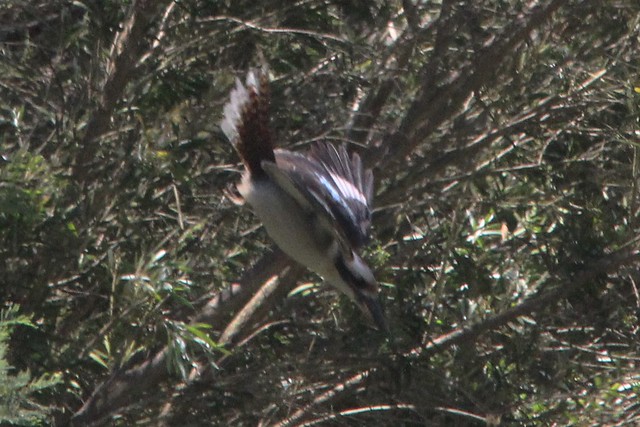 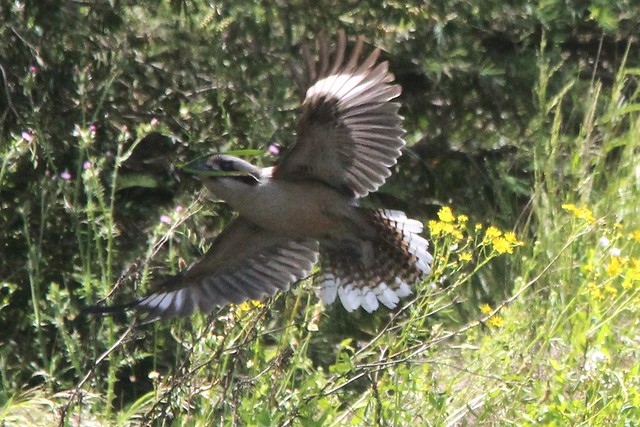 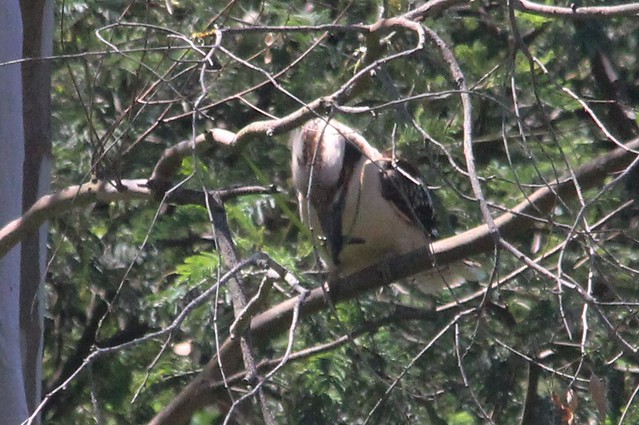 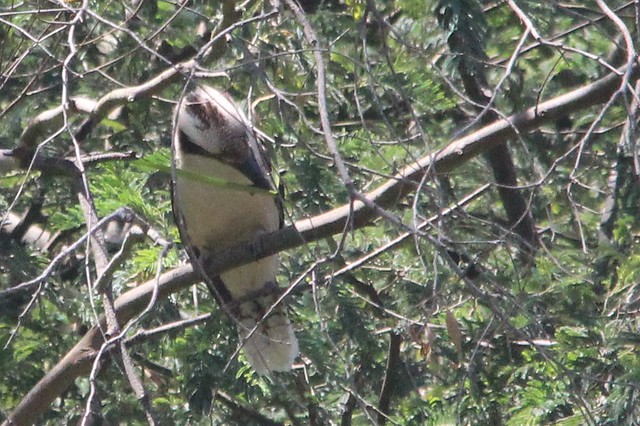 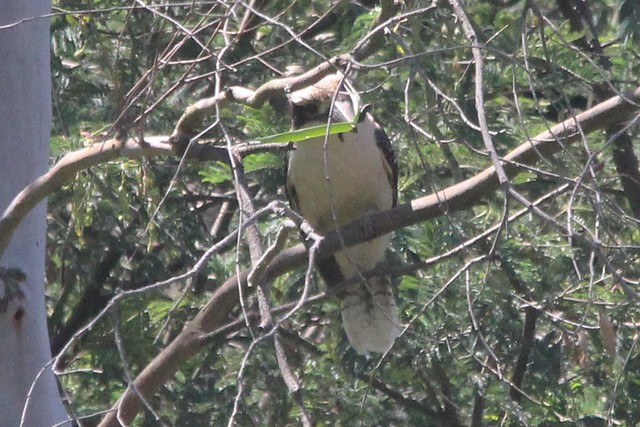 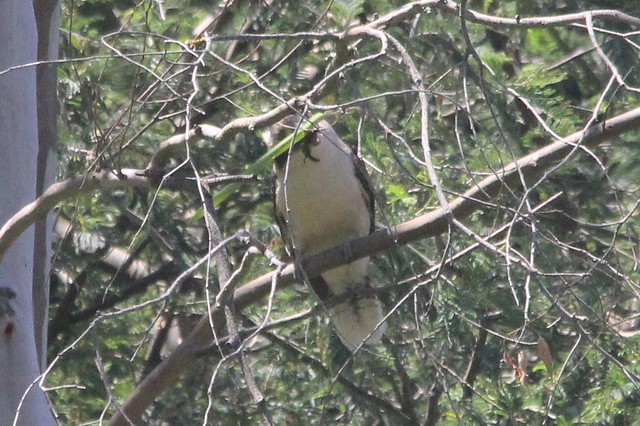 The kookaburra wasn’t the only highlight of the day. There was a white faced heron that was tolerant of our presence and fished close to where Seth and I were sitting. It ducked its head in the water quickly and pulled out this.

I have no idea whether it caught a fish or an eel. It was astonishing to see. Even Sethy was captivated.

I highly recommend Buckley Falls for those who are patient and are into this type of photography. You can get so many interesting photos of birds fishing if you are willing to wait. It’s better to do this on a weekend when there are less kinds around. 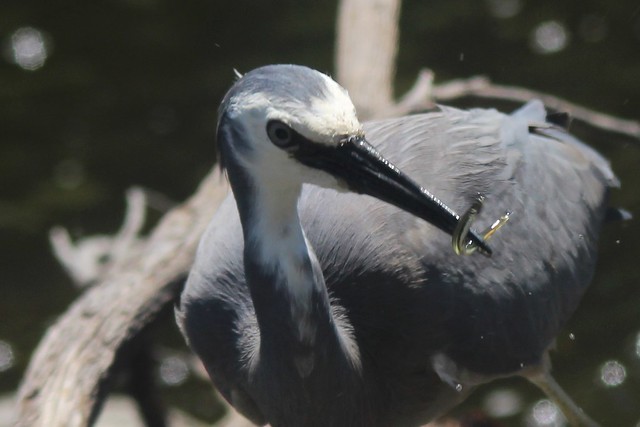 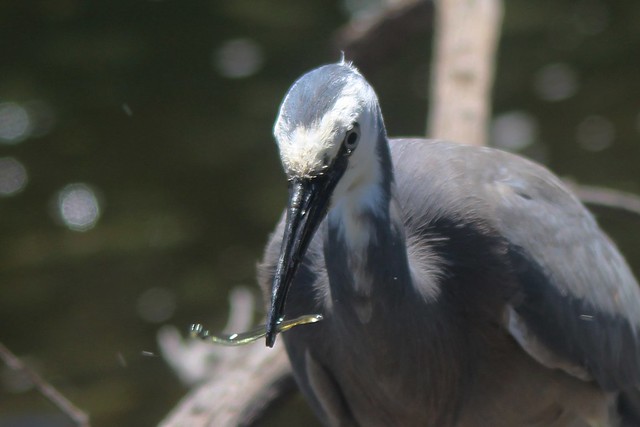 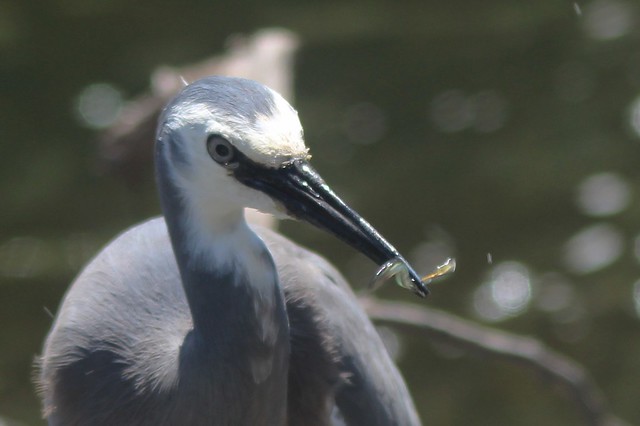 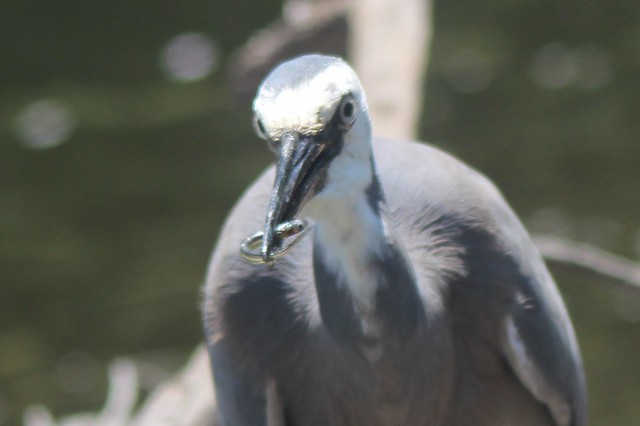 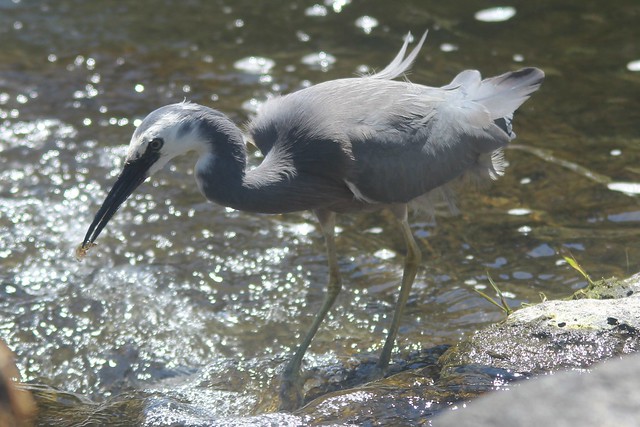